I only care about the intentions of the actors and writers when I happen to enjoy said intentions. Unless its Idina Menzel, in which case I always care

Jonathan Groff bloopers behind the scenes for Frozen 2

Check out this exclusive blooper reel which has Josh Gad joking about Jack Black replacing him in ‘Frozen 2,’ available on Digital Feb. 11th and Blu-ray/DVD on Feb. 25.

—The Cast of Frozen Being Adorable, “Frozen 2 | Charades Special Look”

I might actually try finding gifs for this later, but Anna says something immediately after Elsa flees the castle in the first movie that’s really easy to overlook.

The Duke of Weaseltown: she nearly killed me!

Hans: you slipped on ice.

In just a few words, Anna completely dismantled the lie Elsa grew up believing – that she had lost control of her powers and harmed Anna.

But that wasn’t what happened at all.

She slipped on ice.

It was an accident.

Anna doesn’t even remember being hit, but in those three sentences she breaks Elsa’s past, present, and future ‘evidence’ of her own monstrosity and sees straight to the heart of what’s true.

I used to think it was kind of odd that we never saw Elsa try to apologize to Anna or tell her what happened when she was little. I appreciated it, because there was no need – and Anna would have told her that, so best not to include it at all. There was never anything to forgive, because Anna understood the whole picture. Elsa only needed forgiveness from herself.

Anna asks her in Frozen 2, “when will you see yourself the way I do?” And of course that’s kind of Elsa’s arc, but the seeds of it were planted in the first movie, when Elsa was only able to heal because she saw the truth of the matter the way Anna did as soon as she had the context that was erased from her mind as a kid.

Which kind of makes me think about how Grand Pabbie assured Elsa he would leave the fun. She won’t remember you hurting her, he’s saying, she won’t hate you. And none of them realized that she never ever would have. He prevented something that was never possible and that nearly destroyed everything.

Elsa3862 shared this on Discord and LOOK.

WDAS animators based themselves on Idina again this is amazing

#i just saw frozen 2 last night and it was literally breathtaking i dont even know what to say, #frozen, #frozen ii, #frozen 2, #frozen cast, #frozen 2 cast
17 notes · See All
justlookatthosesausagesText

me: I don’t like it much when voice actors costume themselves as their animated characters, it’s often awkward and I’m uncomfortable with the visual of it

Idina Menzel: *dresses as Elsa in James Corden’s crosswalk musical and literally climbs on the hood of a car as she sings*

Kristen Bell: *dresses as Anna in Weezer’s Lost In The Woods clip and acts like she’s in a 80′s cross-fading montage*

me: I have decided to stan

This is so ridiculous HELP

joshgad We’re like The Avengers if the Avengers had no superpowers but killer singing voices. #frozen2 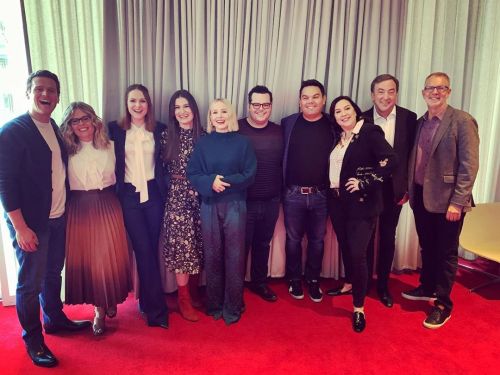 reblog if you agree

Y'all, Rachel Matthews (voice actress for Honeymaren in Frozen 2) posted this ADORABLE video of her suprising her parents with the news she got the part. So pure and wholesome 💕

#frozen 2, #frozen, #honeymaren, #rachel matthews, #frozen cast, #frozen 2 cast
121 notes · See All
disneysfrozenguyAnswer
This is just my headcanon but, the reason Josh hashtagged Santino in the group recording picture is because Santino was recording with them but was the one taking the picture, chosing to not be in the pic to keep Hans a surprise for the fans. Josh still wanted him to be recognized in the photo, though, hence the hashtag

That’s such a hopeful and well thought headcanon.

#THIS WAS SO FUN, #so excited for the rest of the episodes, #jelani alladin, #frozen cast, #frozen
3 notes · See All
Next Page