Ryder after the credits roll waiting for Kristoff in the stables for inconspicuous reasons:

#Im a retired artist i jus make memes now and Hoe Ryder is my favorite one, #rydoff, #frozen 2
65 notes · See All
beatrice1979aPhoto 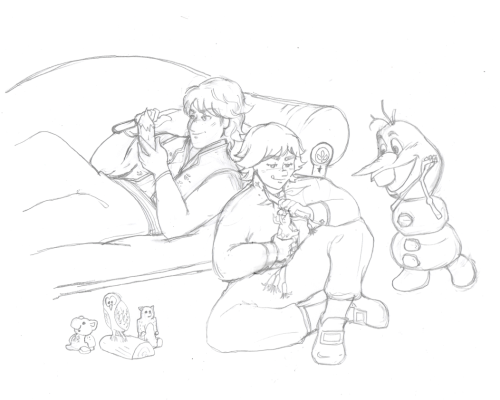 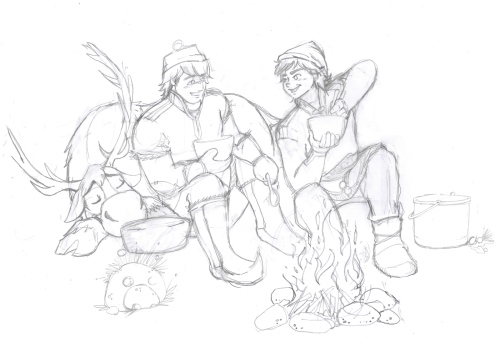 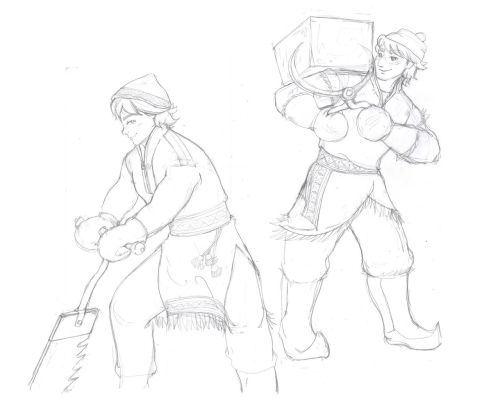 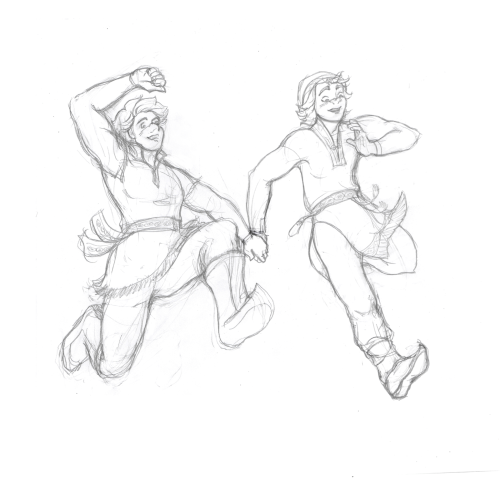 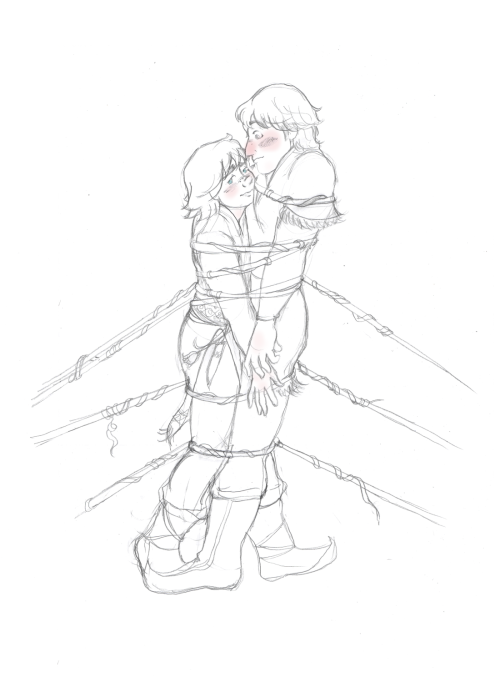 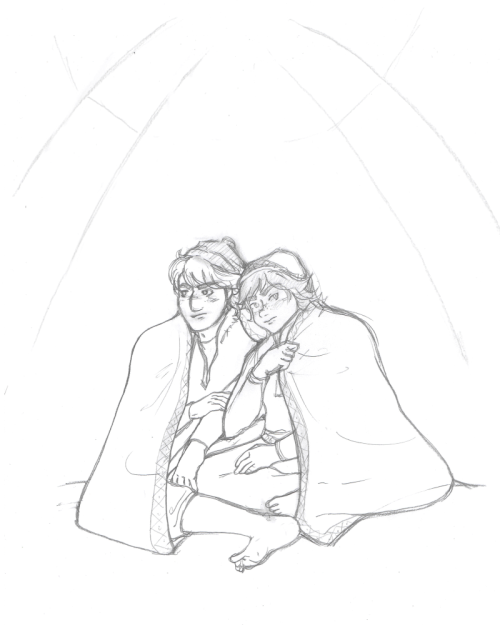 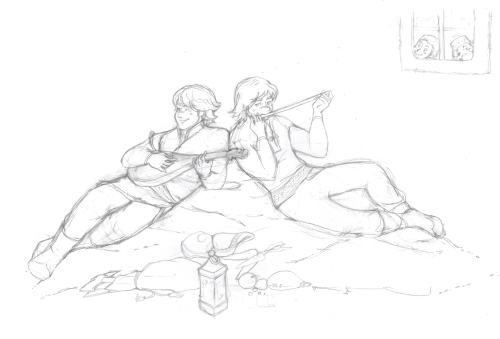 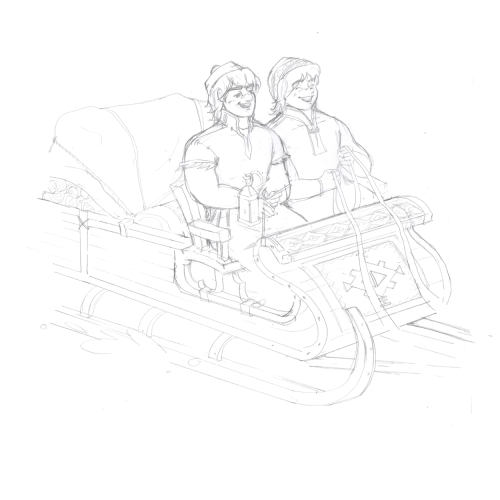 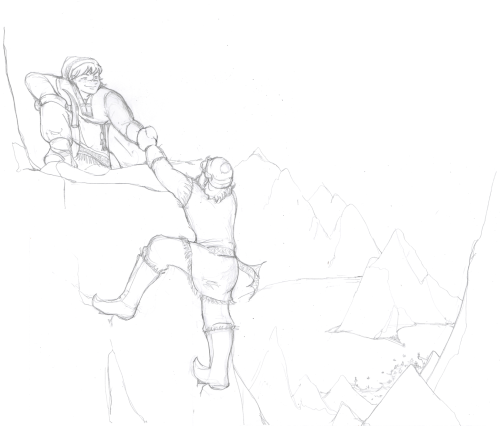 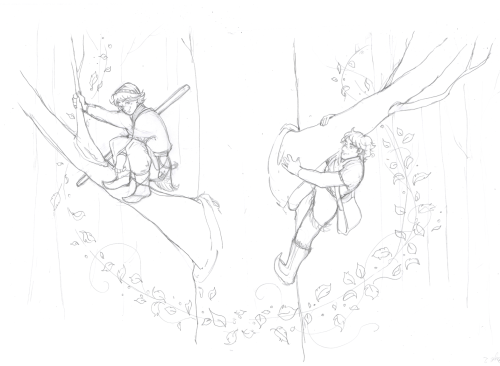 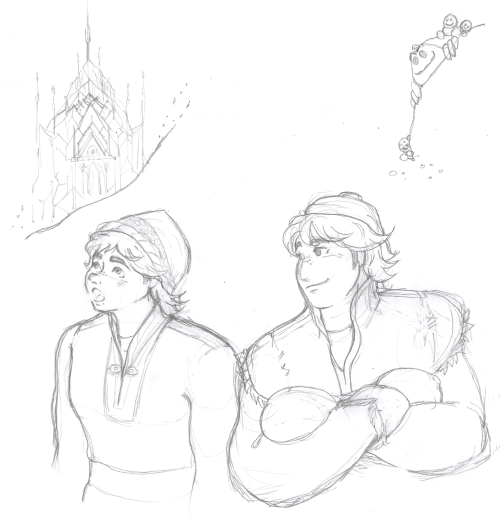 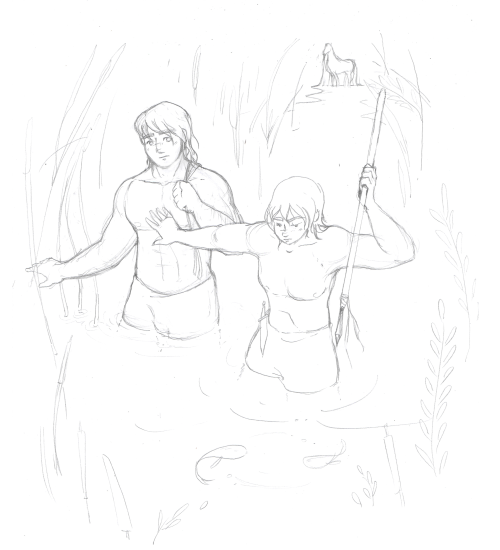 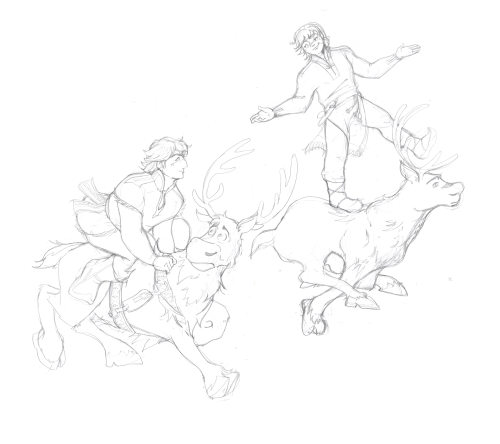 People are arguing over Kristanna and Rydoff and I’m here like “Why not both?”, Kristoff has two hands after all. Sometimes he can be the loyal husband of the Queen of Arendelle and other times he can be the dorky boyfriend to his equally dorky reindeer boyfriend.

It was so unexpected and they are so perfect together. I can’t even see them as friends. They have too much chemistry to be friends only; they need to be more. I enter the theater expecting to see more Kristoff, more KristAnna, and a song between the two of them. I got none.

BUT I DID GET KRISTOFF AND RYDER!

I didn’t even know how to feel when they were together on screen but I actually asked myself if Kristoff was going to be gay. Ryder payed more attention to him than Anna was anyway so I didn’t mind. It was scary by how perfect it was though. I literally thought he was going to leave Anna for Ryder.

I thought the same for Elsa and Honeymaren too. They were so cute! I was thinking, ‘how are these characters so perfect together with only a few seconds of screen time of them?’ I see Elsa as an independent woman who isn’t focused on a relationship and doesn’t want one but woah. Honeymaren was an exception to that headcannon. As for Kristoff, I could see him as bisexual and I shipped him with Anna because they are a good couple. But that was before Frozen 2. In conclusion, Kristoff and Ryder is great and I want more content as well as Elsa and Honeymaren because wow!

Ryder singing “Lost in the Woods” after Kristoff leaves to go back to Arendelle with his fiance, please and thank you!

#kristoff, #ryder, #ryder nattura, #rydoff, #frozen 2, #frozen, #disney, #gifs, #mine
414 notes · See All
incorrect-frozen-quotesChat
Ryder: I want to live in your socks bro.
Kristoff: What the junk bro?
Ryder: So I can be with you, every step of the way.
Kristoff: [tearing up] Bro?
Ryder: Bro.
#frozen 2, #ryder, #kristoff, #rydoff, #incorrect frozen quotes, #submission, #waywardrainbows, #source: ???
396 notes · See All
0peliuAnswer
in tHat case could i request some uhhh rydoff headcanons 🥺🥺👉👈

PICNICS WITH THE TRIBE !! + reindeers

hide and seek in the woods

talking about everything and anything till midnight

trying on each other’s clothes

meeting family omfg imagine that?????? i think i mentioned that somewhere in one of my posts….. go scouting for food u cowards

ryder showing off how many reindeers he knows….. and both of them just making them get with each other for no reason

wondering who has the best sven voice smh

#frozen 2, #rydoff, #lolo answers, #headcanons
33 notes · See All
ullrs-skisAnswer
Are the creators and even Kbell, Jlee and Imenzel aware of the romantic flare between the two sisters? Because I am pretty sure that this is not just a coincidence. Do you think that in the near future, they could just twist the story and say that the two are not real sisters? By the way, what do you think about Kristoff and Ryder ship?

All good questions.  So, in order…

1. Yes, absolutely.  I follow quite a few of these folks on twitter and IG and many use ship titles in their tweets and posts so there’s no question that they’re familiar with Elsanna, Kristanna, etc.  A good example is Caroline Bowman (Elsa on the Frozen Broadway NA Tour) and her husband Austin Colby (Hans, same tour).  As you might imagine they use Helsa to refer to themselves.  😁

I’m not sure what you mean by coincidence, unless you mean is the romance between the sisters an accident?

It is absolute not an accident.  They’ve been using well established romantic tropes for their relationship from the beginning.

2. I honestly thought they might pull the ‘we’re not actually blood sisters?!’ twist in F2.  Why?  Because it’s good theater and a grand way to show that love and family transcends blood.  They didn’t though and it seems pretty clear that canon has established them as blood sisters.

There is a tiny, tiny loophole to this however.  Elsa was named as a ‘gift from the spirits’, while Anna is clearly the product of Agnar and Iduna.  Elsa may also be their blood daughter but the language could be construed as Elsa being begotten by the Spirits in Iduna’s womb - i.e. a ‘virgin birth’.  She was dead and then resurrected by the Spirits, she walks on water, she appears glowing and radiant in a white gown….you see where i’m going with that.

It’s just silly speculation and probably won’t amount to a thing, but there it is.

3. Rydoff.  I think it’s awesome!  They had great chemistry for the short time they were on screen together.  I’d love nothing better than to see our gay brothers get some rep but sadly I think it’s even further away than lesbian rep in a Disney pic.  I’d still like to see them spend more time together.  Kristoff has become a hollow shell of the great character he was for 95% of Frozen 1.

Don’t let any of this sink the ship though - fanfics are about changing and improving canon - because canon will always, always let us down in the long run.  Have fun with it!

…There was a reason I didn’t write fic in undergrad. But we keep pushing and keep going! Thank you for sticking with me and please enjoy this transitory chapter!

Elsa’s head throbbed as she stared at her laptop. She knew there was work to be done, but the sight of her to-do list made her heart ache and stomach drop. Her mind was contorted with images and thoughts she didn’t want and certainly didn’t need in this moment.

She took a deep breath, attempting to get some grasp on the anxiety that plagued her. Her worries came one after another after another. Anna was doing better than when they first arrived home, but Elsa couldn’t help but be afraid she would regress any second. She knew that her sister didn’t need her walking on eggshells; she knew that, but she couldn’t help worrying anyway.

#frozen, #frozen fanfic, #elsamaren, #snow sisters, #rydoff, #my fic, #adorable babies are adorable, #i am a tired grad student, #love me
17 notes · See All
0peliuAnswer
How about Rydoff reversal au? Like Kristoff is northuldran and Ryder Arendellian?

thats so cute i love that idea hfdsjhjc

Reindeers are better than people, but not all people are bad.

Note: this is an 18+ server as we allow nsfw content such a fanfic, fan art, and conversations. If you are under 18 and want to join, please message me here or on Discord (thegoaliebear#8881) to get approval to join.

We are nearing 200 members and have a great community here. The ships and fandoms we offer are:

We have a role selection system, so if there are any ships/fandoms that you are not into, you will not receive any notifications or even see those channels if you don’t have the role for it - this makes it super easy for you to see what you want and avoid what you don’t!

We also have channels for other interests such as gaming, cosplay, self-promo, and other IRL stuff!

First off, I’m glad to back from my mini hiatus! I missed you all. Second of all, I would like to mention that wi a few small details were changed in earlier scenes to represent a more accurate picture of domestic violence in the legal sense. I had help from my partner in crime and local law student @writetheniteaway to make a more accurate fic. All changes were made to produce a more streamlined story.

Thank you all! Please enjoy!

“It runs in our family.”

“Yeah, but Elsa and I made up. You’re still dragging your feet.”

Ryder shrunk down in his seat. His sister was right, but he couldn’t bring himself to admit it. He was still mad, how could he not be? He told his boyfriend something so close to his heart, and Kristoff just ran. He wasn’t ready to accept the man’s pleas of apology.