So the last one blew up?? A Lot??? Anyway, here’s more M9 PotC AU. Avantika is Barbosa because 1) I want an Avantika “redemption” arc and 2) the tension between her and fjord would be *chef kiss*

Summary: Worn out during TravelerCon, Jester takes a cue from Beau.

Due to the festivities, the beach of Rumblecusp was more peaceful during the day. Jester found a lull in guests’ arrivals and excused herself to sit on the warm sand. With slumped shoulders, she stared out over the gleaming water.

Jester’s conversation with The Traveler words replayed in her mind. As the words kept turning over, her hands absentmindedly fiddled with the hem of her green cloak. Feelings of betrayal and anger cropped up, returning more harshly when she tried to push them back down.

She wanted to scream, but her nerves were hyper-aware of all the people milling around on the island. I’m supposed to be his High Priestess.

Footsteps sunk into the sand behind her. Jester whipped around to see Beau heading her way.

Beau sat cross-legged beside Jester. “We’ve set everything up for the drum circle. That’s the last of what we need to take care of today.”

Some of the tension in Jester’s shoulders eased up. Beau looked down to Jester’s restless hands. Jester rushed to wipe her palms on the sides of her dress and fold them onto her lap.

Beau hummed. “What’s on your mind?”
Her eyes widened. “What? Nothing’s on my mind. I’m fine.” The look she got in return said it all; Beau didn’t buy that.
“Just say it. You clearly want to.”
Jester’s mouth twisted to the side. With everything already at the forefront, it wasn’t long before the words came spilling out. “I’m mad, okay?! The Traveler was just going to leave his followers behind. And if I wasn’t his favorite, he’d have left me too.”

Jester’s hands flew up to her mouth. The weight of what she said finally hit her with full force. She tried to blink the tears away, but a few still managed to fall.

Enjoying front row seats at a k.k slider show while I bust my ass for this island, smh

Thinking about my HoK Beau 👉👈

#I love them, #I might change their pronouns to he/they tho since he only goes by they sometimes 🙈, #anyways he's bouta find out he's to man of uriel's dreams ❤, #hero of kvatch, #elder scrolls iv oblivion, #tes, #my oc, #beau
11 notes · See All
tragicsoapText

God the most beautiful thing abt beau and yashas love is that Beau ALWAYS checks on yasha and pays attention to her and cares abt her feelings more than anyone else in the group - and yasha never lets beau self destruct or push ppl away or self loathe outloud the way the rest of the group always lets her. It’s just so fucking good.

A few months old art I did on twitter 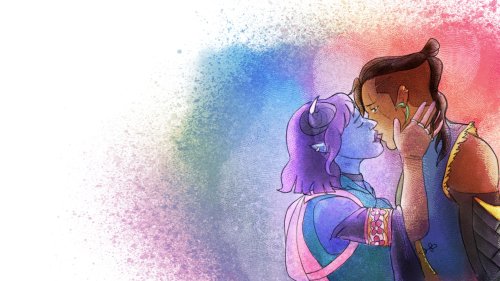 Beau so softly said “no ones ever written me a poem before…” so the only thought that entered my head was. Beau is going to read that poem every. Single. Night. Her bedtime ritual is going to be workout, eat pocket bacon, pour over her notes, read the poem Yasha wrote. Someone is going to notice a dopey smile on her face and her heart eyes as she’s reading it and she just ughhhh so soooooft

#soft girlfriends, #i dare you to try and convince me otherwise, #she will get a pocket made just for that poem, #beau, #yasha, #beauyasha, #critical role spoilers, #cr2, #critical role
123 notes · See All
lexasluthorText

Just a lil beau for the night (I haven’t seen the episode but all I know is something is,,, happening,,, I’m going to watch the rerun at 3)

(used a reference from senshi stock) 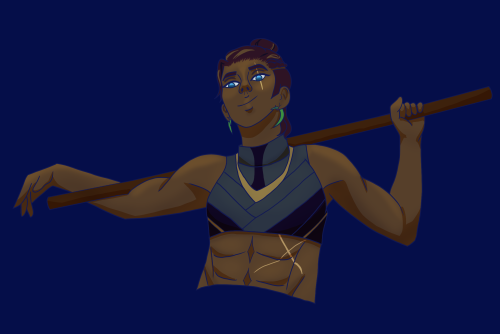 “No one’s ever written me a poem before…”

We all willfully got some beauyasha tonight

Okay I know it was all framed jokingly, but Beau and Yasha wondering if Caleb will turn out like members of the Cerberus Assembly and concluding, “We won’t let him be like that…”