#illustration#digital art#oc#artists on tumblr#horror#body horror#belladonna#WOW#trauma dance this is is the trauma dance#havent mentioned tominev in a hot minute have I? oh boy#its kinda funny yknow. the paramount of poise and cleanliness is sitting terrified and covered in blood and dirt IN A CAVE.#its ok queen no judgement#basically after like.... VERY slowly stiching herself back into her shell shes a confused mess and wow! her murderer is calling her name#WITH NO GOOD INTENTIONS
25 notes
capescharts
Text

Did I mention Belladonna is Aromantic?

I decided to draw Belladonna and I’m happy with how it came out.

I think the color purple suits her ^v^) 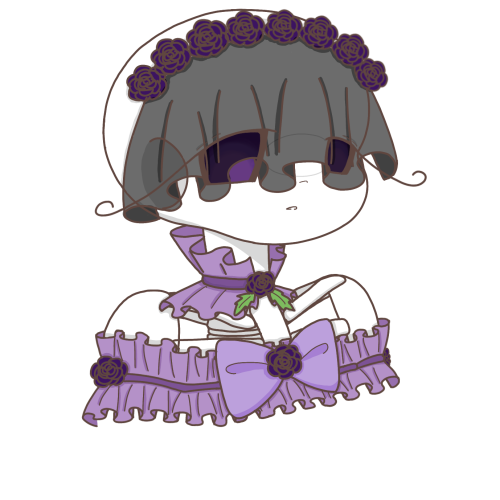 Drak as rah, Samaea-Do. He paks. Fuck it. Fuck them. Fhani had no authority over her. No, she was a free woman, and their tribe was one of the freest in history. Sha la, ne os droh. History. Yes, that was what it all came down to, was it not?

Samaea remembered Belladonna’s face still. Yet it did not burn so much as the voices of her peers who reminded her of what she stood for. There weren’t many left that thought like them, that wanted to revive the old ways. Yhano-Lra said that the old ways were long gone but Samaea didn’t want to believe that. It was that they simply grew weak and the voice of the remainder of her family only proved that – that they were right, and they needed to fight now stronger than before. It hurt to know that she had grown weak too, weaker than she would have liked, to make friends with their prey, for example. But not to kill a target for what could only be an excuse? That was a new kind of betrayal, one that was not acceptable. Not to do what was right by her family was to go against her own nature. She may not be ready to kill yet, but it was not too late to send a reminder of who they truly were.

#Drak as rah Samaea he paks = I told you so Samaea you've grown weak#sha la ne os droh = it does not matter don't listen (to them)#the latter supposed to portray the 'softer' and more sedentary side of her family#Gaan Lah Haas - Same resurrection spell#Belladonna#hc#hope this works!
2 notes
schwarzfee
Photo 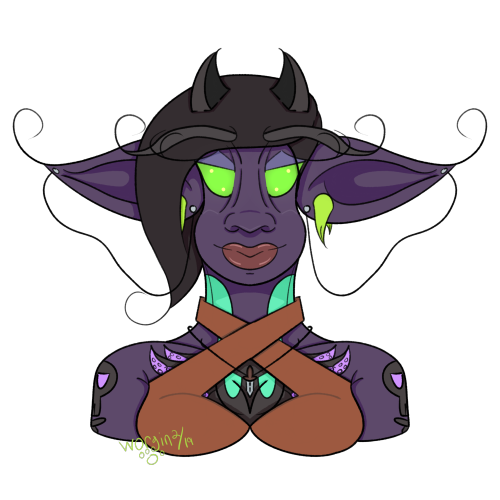 Giulia Tofana was an Italian professional poisoner in the 17th century, famous for selling her signature brew to women who wanted to kill their abusive husbands. She was the inventor of the renowned poison Aqua Tofana, which is named after her. Tofana is often confused with Hieronyma Spara, a woman with a similar profession in Italy at about the same time in history.

In 17th-century Italy, women were sold off like objects in marriage to men who didn’t love them and usually abused them. These women often had no standing in society and no financial power to improve their situation. They had three possibilities at their disposal: to get married and hope that their husband treated them well, to remain single and survive by relying on sex work, to become an important and wealthy widow. The third option was the preferred one, and, in the 17th century, various professional criminals provided the services to make this possible. Giulia Tofana was one of them, and probably the most skilled one. Even in Versailles during the reign of King Louis XIV, between 1677 and 1682, some prominent members of the aristocracy were implicated in a scandal called Affair of the Poisons, a series of murders by poisoning. The Affair ended with the execution of 36 people and the expulsion of Madame de Montespan, the king’s mistress.

The information about Tofana’s background is scattered. She was born in 1620, in Palermo; her mother was the notorious Thofania d'Amado, who was executed in 1633 for the murder of her husband. With the help of her daughter, Girolama Spera, a group of trusted friends, and possibly a priest, Giulia started a clandestine ring of criminals from her apothecary shop, in which she sold powders and liquids to enhance women’s beauty. The shop was just a front to disguise her main occupation, the sale of Aqua Tofana. If anyone asked about her business, all she had to do was show them the bottles of “Aqua Tofana,” a face cream for women.

She sold her products only to women that she knew, this way she managed to fool the authorities throughout the 17th century in Italy. Her business may even have gone undiscovered forever if it hadn’t been for one of her customers. In 1650, a woman mixed a few drops of Aqua Tofana in her husband’s bowl of soup; before he could take a spoonful, the women panicked and begged him not to eat it. The man got suspicious and beat his wife until she confessed everything about the poisoning. He immediately turned his wife in, and upon more torture, she admitted that she had purchased the poison from Giulia Tofana.

Tofana was very popular among the locals, who she helped, and they protected her from apprehension. She escaped to a local church, where she was granted sanctuary. Shortly after, the rumour that she had poisoned Rome’s water supplies with Aqua Tofana started to spread. The authorities stormed into the church and apprehended her. Under torture, she confessed to killing 600 men with her poisons; this cannot be confirmed owing to the torture and the widespread distribution of the poison. In July of 1659, Giulia Tofana, her daughter Girolama Spera, and three employees were executed in Campo de’ Fiori, Rome. Her corpse was then thrown into the church that had offered her sanctuary.

Picture of Campo de’ Fiori, Rome, in 1700. Until 1798 there was a gallows, which was used for crimes considered “minor”.

Aqua Tofana was a poison that was reputedly widely used in Naples, Perugia, and Rome, Italy. During the early 17th Century Giulia Tofana sold Aqua Tofana to would-be widows for over twenty years.

The ingredients of the poison are quite known; it contained mostly arsenic and lead, and possibly belladonna. Poisoning by Aqua Tofana could go unnoticed as the substance is clear and tasteless. The poison could be easily mixed with water or wine and served during meals. Administered four doses, it would have killed someone over days. The first dose would have caused exhaustion and physical weakness, the second dose stomach aches, vomiting, and dysentery, by the third dose the victim would have been very ill, and the fourth one would have killed them. As it was slow-acting, it allowed victims time to prepare for their death, including writing a will and repenting. Since the poison was undetectable, doctors believed the death had been caused by an unknown illness or disease.

Although the poison was known to her customers as Aqua Tofana, the glass bottle itself was labeled “Manna of St Nicholas of Bari”, which was actually a popular healing oil at the time for blemishes.

Belladonna, an ingredient in Aqua Tofana that was also used in other cosmetics at the time.

An especially complete description of Aqua Tofana as a slow poison appeared in Chamber’s Journal in 1890:

“ Administered in wine or tea or some other liquid by the flattering traitress, [it] produced but a scarcely noticeable effect; the husband became a little out of sorts, felt weak and languid, so little indisposed that he would scarcely call in a medical man. After the second dose of poison, this weakness and languor became more pronounced… The beautiful Medea who expressed so much anxiety for her husband’s indisposition would scarcely be an object of suspicion, and perhaps would prepare her husband’s food, as prescribed by the doctor, with her own fair hands. In this way the third drop would be administered, and would prostrate even the most vigorous man. The doctor would be completely puzzled to see that the apparently simple aliment did not surrender to his drugs, and while he would be still in the dark as to its nature, other doses would be given, until at length death would claim the victim for its own.”

Stop killing Blake’s parents!!!! They’re the only good ones we have!!!!

‘Do you remember,’ Gareth asked, his attention on the chicken he was cutting rather than on Belle, ‘when we were little?’

Belle chuckled softly, the sound that still brought a smile to his face. ‘We did a lot back then.’

‘The promise we made.’

Belladonna paused for a moment; the sound of slicing onions halted. For a moment, Gareth wondered if he shouldn’t have bought it up, if perhaps he’d do better not to dwell on everything that had happened between them when they were younger.

‘Yes,’ she said, voice little more than a whisper as she resumed her slicing.

‘Do you ever wonder…’

‘We’re a long way from being elderly, Garry,’ she said softly, and he looked to her just as she looked to him as well. ‘But maybe one day I’ll hold you to that promise.’

Hey guys in just a few hours I will be posting the first short for Belladonna. I know I promised a Christmas/Yule short but plans got delayed and I never got around to doing it but we have one for Hearts Day! so stick back and stay tuned ^_^