changes: made it a full body jumpsuit (so he can sweat faster), added hearing aids (because deaf/hoh bkg is good), switched the primary and accent colors, and added blue (a little homage to all might) 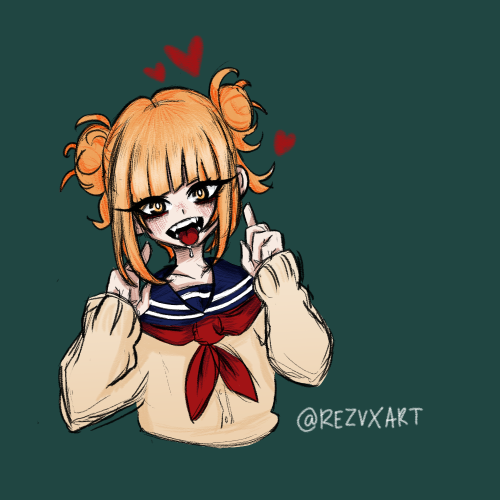 Hi I’m so sorry I didn’t respond quicker, but yes, of course and thank you!!!!💕💕

Little rant about the BNHA fandom:

Hanta Sero is NOT a pervert! I’ve never seen him act like one, I don’t understand why everyone says he is.

He stops M*neta from being a little perverted scumbag and he clearly dislikes that rotten grape.

Neito Monoma is not narcissistic, seriously where do y’all get these ideas? Anyway, he’s only talking about his CLASS not himself. He’s never said “I’m better”, he says, “my class is better”. And a narcissist won’t put themselves down like Monoma did, during the forest training arc, he made fun of some Class 1-A kids for failing the exam while also admitting he failed it too, and openly admitted that.

Denki Kaminari is not worse than M*neta! He’s never touched or harassed any of the girls, yeah he’s made some odd comments, but he never went to M*neta’s level of ‘flirting’.

Dabi x any of the students is illagel.

Stop hating on Endeavour! Yeah, he did some terrible things, but he’s past that and thinks darkly on what he did.

Bakugou should NOT be praised for what he did and said to Izuku, honestly. Telling someone to jump off a building is horrible and should not be considered ‘cool’.

#my art tag, #bnha, #my hero academia, #katsuki bakugo, #ochako urakara, #whys he so angry, #jk its bc hes in her outfit and the boys are making fun of him
0 notes · See All
alyssannino23Photo

You would not believe your eyes,

You would not believe your eyes, 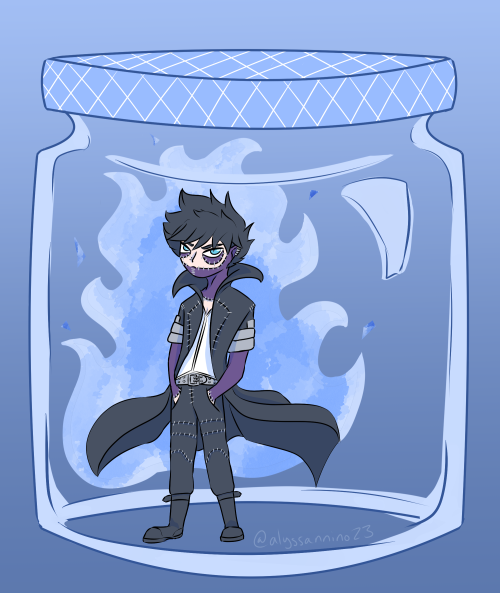 #dabi, #bnha dabi, #bnha, #he is just a little firefly!, #i listened to fireflies by owl city a few too many times while working on him, #also stay tuned because he will be a charm sometime in the future!, #my art
1 notes · See All
pepsihawksPhoto

so those recent chapters amirite 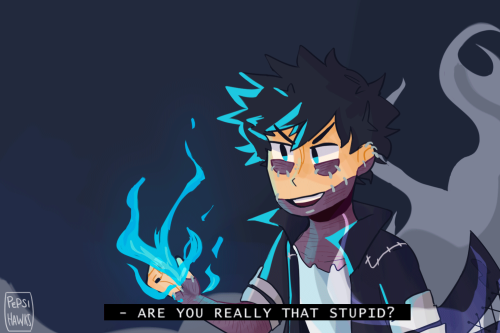 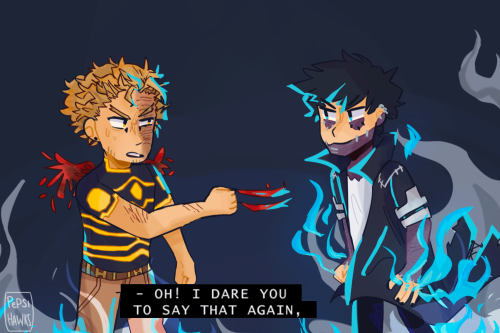 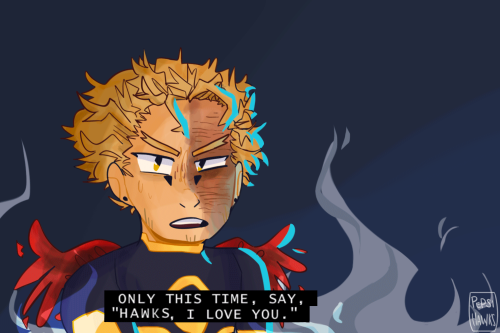 I finally finished my Nomu!Deku of his full Nomu status.

Todoroki has thought a lot about this

Oh! Well I actually… hmm. Right now I’m working on the Iida Route for my betrothal verse/Fate is Changed/Fate Be Changed (I have to many fucking names for this AU). Mostly because I love Iida and wanted to work with him. But I also have a plot line for his route that I am very invested in!

I’m not more excited for any of the routes honestly. I’m excited for them all! I have a unique plot line for each of the stories and am excited to go through with them!

As for the Omega Quirk I have some. I can tell you it won’t be BakuDeku or TodoDeku and might not be ShinDeku because of my idea they end up being platonic friends with Shinsou being protective cause that’s his best friend you assholes! I’m

None of you will appreciate the sheer amount of work I’m putting into designing class schedules for UA students for my fic. You just won’t.

I’ve been working on the support classes for the last 3 hours because obviously Horikoshi doesn’t know anything about engineering.

Jirou: Denki, I’m in LABOUR WITH OUR CHILD