I found a conversation with my friend from like March💀 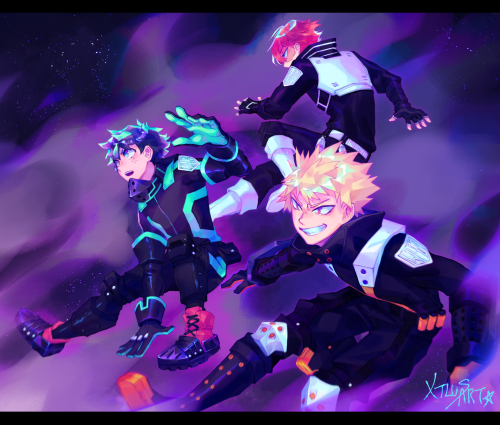 If Tamaki and Nejire are dead then… poor Mirio

divisive opinion here but while Endeavor’s actions towards Dabi as a kid were obviously reprehensible, none of that excuses Dabi’s current actions

promise the next one’s gonna be happy <3 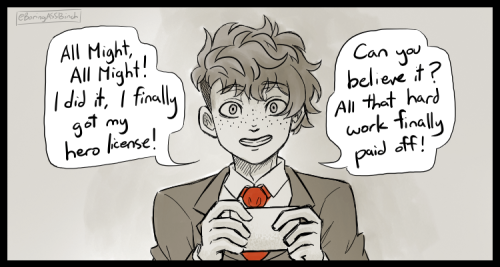 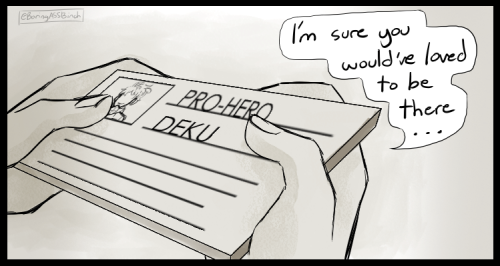 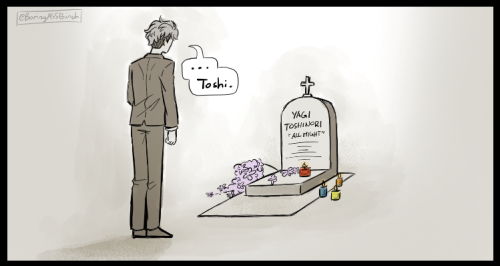 Ever since that shirtless fight scene, buff overhaul has lived in my my head rent free

A doodle of a BNHA oc I just got from WailingsThistle on toyhouse! I love xem already!

heya! its ko :> this right here, this masterlist is a stroke of genius i got to keep everything organized so yes, dont mind me. also, animes may/may or not be added/removed over time :) hopefully thats okay with yall!

Yoooo manga readers! Anybody wanna talk about the new chapters?? My friends haven’t rlly caught up to it lol

Their favorite bonding activity had to be playing with each other’s hair. Careful fingers smoothly running through long, cornsilk strands or wild, dandelion locks and gently massaging along the scalp until the recipient slumps boneless into the caregivers lap. Soft, languid kisses to distract from mischievous hands braiding and tying hair into ridiculous styles until the room is filled with snorting giggles and sneaky pictures and a game of keep away that devolves into a pillow fight until they are out of breath and pink from laughter and exertion.

A confession for her

Midoriya Izuku was helplessly in love. In love with a person that probably thought of him as a weakling- or so he thought. Who was this person? You, of course.

But one would ask, how did that happen? It all started a few years back, before he got to the U.A.

“Ha! Stupid nerd, do you really think you’ll be a hero without a quirk?! Give up already, Deku!” Bakugo yelled, cornering the poor Midoriya.

Students from all grades were surrounding them, whispering and muttering things. Almost as if it were a freak show.

'Bakugo is such an ass’

'Midoriya is so weak’

All those comments only fueled Bakugo’s desire to degrade the quirkless boy.

“C'mon Deku, you should just jump off the roof! Maybe you’ll get a quirk on your next life!” The blond barked, pushing Midoriya- making him trip and fall to the floor.

“Or maybe you should stop being such a bully and leave him alone!” A voice called- your voice.

Standing in the crowd with your hands in a fist, you had decided to put an end to Bakugo’s abuse. He was known as a problematic kid but you couldn’t care less about his reputation.

“Oh? And what are you gonna do!? Punch me!?” The blond mocked, only to receive a kick in his crotch- everyone laughed and giggled at Bakugo (who was now laying on the floor, trying not to cry of pain).

“Hey, kid. You ok there?” You asked, helping Midoriya stand up.

It was as if time had froze around the two of you, Izuku’s eyes absorbed by your frame. Were you an angel? Maybe some kind of Godess?

“Yes, I’m ok haha-” he stuttered, realizing he was staring too much.

From that moment, something in his heart was captivated- you were his hero! And everyone knows how badly he admires heroes.

You helped him fix his uniform and took him away from the crowd, making sure Bakugo couldn’t follow.

“That kid, when is he gonna learn some respect?” You muttered, still taking Midoriya’s hand.

“He-hey uhm thanks for that…” the boy stammered, trying not to sound too nervous.

You turned to see him, 'He is really cute’ you thought.

“It was nothing really, I was just passing by” you said.

Midoriya’s cheeks were such a delightful scene, adorned with a bright red hue.

“Mizuku Idoriya…I-I mean Midoriya Izuku! Not the other one I ugh-” he stuttered, trying to get a hold of himself.

“Well, Midoriya. You shouldn’t let Bakugo bully you, ok? Next time he tries something, call out my name” you smiled, gently patting his hair.

Midoriya’s brain was starting to crumble from such kindness and cuteness. Were you from another grade? He had never seen you around.

“Where can I find you?” Izuku asked sheepishly.

“I’m from 2B, so you should be able to find me next to your classroom” you explained.

Midoriya smiled, not wanting to let go (which was kinda impossible considering classes were over).

Ever since that day, Midoriya has been in love…

“ Zuku! Come, let’s have lunch together!” You giggled as you dragged poor Midoriya to a table.

Today he had planned to confess his feelings for you, in the most unforgettable way possible- on the roof of the school right when the sunset starts.

“You seem distracted, is Kacchan being an ass again?” You asked, taking a bite of your lunch.

“A-ah yeah! No no, everything is fine!” Midoriya babbled, trying to avoid suspicion.

“Hmm, if you say so” you sighed, resting your head on your hand.

“Say…Y/n, is there uhm someone you know-” he muttered, trying to test the waters.

“Someone you know? What do you mean?” You asked, raising an eyebrow. You had known Izuku for quite some time now so his demeanor was kinda off.

You laughed at his question, gently jabbing his chest.

“Nope, why? Are you gonna play matchmaker for me?” You teased, making the boy flustered.

“What about you, Zuku? Got someone living rent free on that pretty mind of yours?” You asked, wiggling your eyebrows.

Midoriya just wanted to scream 'Yes, you!’ on that moment, an awkward laughter refraining him from doing so.

“No no, you know, I’m here to be a hero and stuff” he huffed, scratching the back of his head.

“Still, can I ask you for a favor?” The boy asked, timidly making eye contact with you.

“Can you meet me on the roof after class? I need to tell you something” he gulped.

“Hmm, ok? It better not be bad news or I’m gonna get angry” you joked.

The remaining time before your little appointment was hell, you were lowkey worried something wrong was happening to Izuku- who, on the contrary, was worried he’d mess up his confession (or even worse, that you’d say no).

Minutes turned into hours so fast, the classes were over in a blink of the eye.

You started collecting your notebooks and stuff, while Midoriya was timidly peeking his head at the door of your classroom.

“Hey you, ready to go to the roof?” You asked, taking his hand in a quick move.

Izuku flustered, trying not to sweat.

Everyone in the halls were curious about you two.

'Why are they holding hands?’

'Didn’t know Deku had a girlfriend’

With every whisper, Midoriya’s fears grew louder and louder- still, he refused to run away from it. He was determined to tell you today.

Izuku was so entangled in his thoughts he didn’t even notice you two had already arrived to the rooftop.

“So, what were you gonna tell me?” You asked, tilting your head slightly.

To Midoriya, you were the living proof that heaven existed. Your skin, your tender eyes, your warm smile- all of you was perfect in his eyes!

He started to clumsily look for a his notebook, accidentally dropping his stuff.

“Agh, c'mon Midoriya! You are making a fool of yourself!” He muttered in silence; you simply giggled and helped him pick his belongings.

“Hey, look at me…” you told him, gently lifting his chin so he could face you. Izuku’s face was burning with embarrassment- you were so close to him!

“Is everything ok? You’ve been acting weird today” you said with a stern look.

He simply nodded, trying to compose himself. It was unusual for him to feel confident but in that exact moment he was feeling on cloud nine.

“Y/n, listen” he said, firmly taking your hands “I’ve known you for a long time and I just- I want to tell you, I like you…I like you lot! So please, go out with me?!”

You stared at him for a couple seconds, stars adorning your e/c eyes.

“I-it’s ok if you don’t feel the same I just-” he stuttered, quickly being interrupted by your lips crashing on his- Izuku’s face was red, so red you would think he had make up.

“You silly head, of course I want!” You said excitedly, hugging him tight.

That was Izuku’s first kiss, and he had shared it with the love of his life.

Anyone have that gif of All Might and Midoriya dancing based off the first movie scene of them fighting together?