If there’s anything you’d like to see posted here just let me know! I’m always happy to help with all things related to literature.

#books, #it was my birthday gift to myself...
1 notes · See All
keelandText

This month was a fantastic reading month. I think this month was the best reading month of this year so far. So lets wrap up the Medieval-a-thon first, for which i read 9 books for. Then we can do the rest of the books. :)

Grey Tunic: Read a book with your favorite color on the spine
-Restless Slumber by K.J Sutton ★★★★★

Sword: Something pointy on the cover.
-Sabriel by Garth Nix ★★★★★ (no review)

Bow and Arrow: A Romance
-Mooncakes by Suzanne Walker ★★★★ (no review)

Sheild: A book you have high expectations for
-Circus of the damned by Laurel K Hamilton ★★★

Fox: Orange on the cover
- Radiance by Grace Draven ★★★★★

Goodreads
Review ( not out yet) 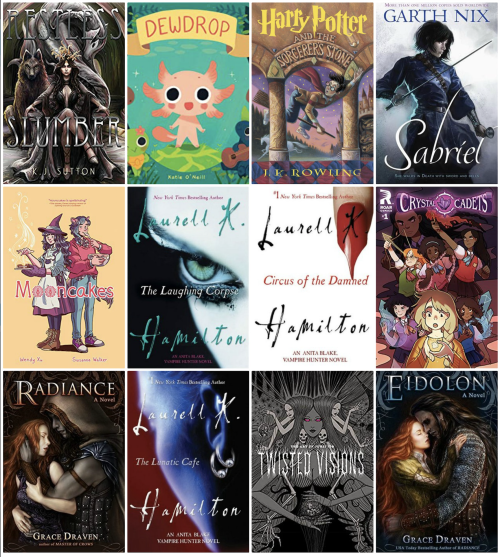 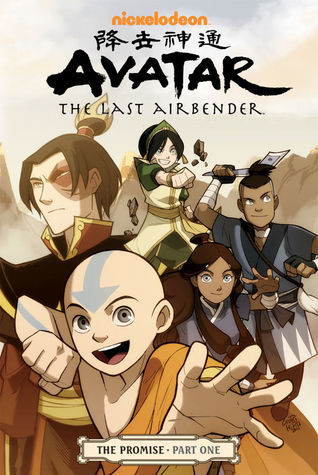 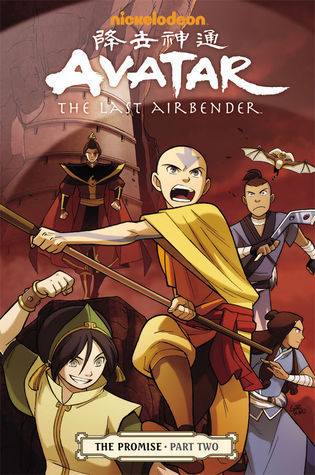 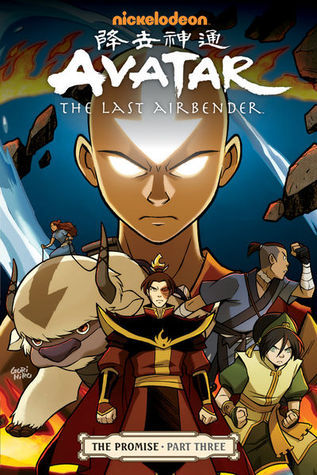 The first map is a quick computer drawn version of the map I originally did for my C-B series. I was in my teens at the time, hadn’t really thought the world out and just needed a placeholder. It shows but it didn’t really matter. The second and third images are the map I used for a long time (full image up on my Tumblr soon). Also somewhat of a placeholder but something I put a bit more effort in to (at least in terms of working out where things were in relation to one another, not the shape of the land itself). Bonus points to anyone who recognises what I did to get the outline :P I’ve finally made a proper map for it, one that fits the world overall and makes a lot more sense but I’m sharing these to show how sometimes you just need a little placeholder not a full work of art.

© All names and places  © Lifelong Scribe

QOTD: How much time do you spend on Instagram every day?⁣
⁣
As you can see, I usually spend about 51 hours every day. 😅⁣
⁣
Okay, so maybe that’s a bit of an exaggeration but sometimes it seriously feels like that’s how much time I waste here. It’s one thing to spend time talking to friends, sharing photos, and getting book recs. It’s a totally different thing to just scroll through the app mindlessly for absolutely no reason.⁣
⁣
So I decided to delete the app off my phone for two weeks. It was an… interesting experience. I didn’t miss it as much as I thought I would. It was surprisingly freeing not being able to browse around every few minutes. And I definitely was more productive in the last two weeks.⁣
⁣
I’ve taken breaks from Instagram before but I’ve never gone as far as deleting the app in the 5 years I’ve been on here. I guess this little experiment made me finally realize those little hiatuses I went on were never really true hiatuses - I would take a break from posting but you can bet I would still be scrolling.⁣
⁣
Anyways it’s nice to be back. I did miss the social interaction of #bookstagram. Let’s be real -  it’s not I’m getting much of that IRL. 😆 I am probably going to set an activity reminder though for maybe 2 hours? One for 51 hours isn’t all that helpful.⁣
⁣
Do keep an eye on how much time you spend social media?⁣
⁣
–⁣
⁣
.⁣
⁣
……⁣
⁣
.⁣
⁣
#bookstagram #bookstagrammer #readersofinstagram #bookdragon #bookwormlife #bookaesthetic #vscoreads #bookgirl #readergram #lightreading #bookdragons #loveofreading #bookrelated⁣ https://instagr.am/p/CA5oo2Vg2ge/ 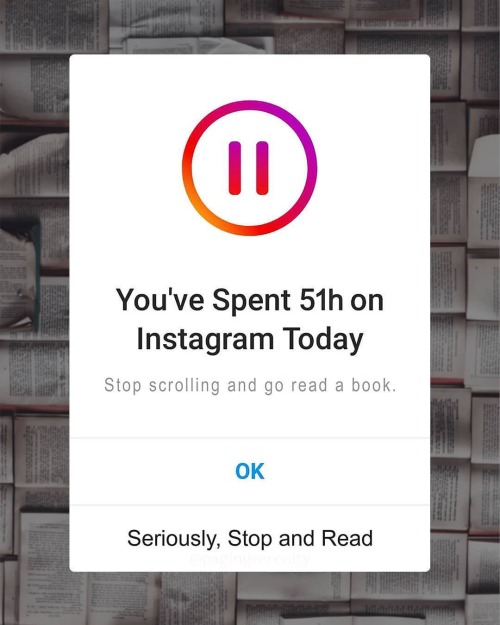 He felt as though he were wandering in the forests of the sea bottom, lost in a monstrous world where he himself was the monster. He was alone. The past was dead, the future was unimaginable.

I started reading this at the beginning of quarantine, and I admit it was hard at first to read a dystopian novel when I felt I was entering a very dystopian reality myself. A few weeks afterwards, though, when I had calmed myself down and the situation wasn’t as nerve-wracking as in the beginning, I picked it up again and suddenly I couldn’t put it down. It gripped my attention more than I had expected it to.

At first, I was confused. I’d always had this pre-assumption that 1984 was a novel about a totalitarian right-wing dictatorship; imagine my surprise seeing the characters calling each other “comrade” and capitalists being defined in children’s history textbooks as “fat, ugly men with wicked faces”. I thought to myself: wait, aren’t those supposed to be left-wing behaviours? So, this is a left-condemning dystopia, after all? Wasn’t George Orwell a leftist, though? I was clearly very confused, which made me keep reading frantically in order to reach a better understanding of it.

The truth is, as with every dystopian piece of literature, its content is very misleading. A misinformed and superficial reading may pave the way to anti-left arguments, when in reality, Orwell was a democratic socialist. Written in a post second world war, cold war context (“The German Nazis and the Russian Communists came very close to us in their methods”, it says in chapter 2 of part III), 1984 is simply about anti-totalitarianism - whatever form totalitarianism may take. In this fictional case, it goes by the name of Ingsoc, or English Socialism: “It had always been assumed that if the capitalist class were expropriated, Socialism must follow: and unquestionably the capitalists had been expropriated.” It’s a society that extrapolates socialist ideologies, just like it has happened with many of the left totalitarian regimes in History.

The concept of History itself is also very subverted in the narrative: the Party reconstructs historical narratives by endorsing the idea of mutability of the past:

“But where did that knowledge exist? Only in his own consciousness, which in any case must soon be annihilated. And if all others accepted the lie which the Party imposed— if all records told the same tale—then the lie passed into history and became truth. ‘Who controls the past,’ ran the Party slogan, ‘controls the future: who controls the present controls the past.’ And yet the past, though of its nature alterable, never had been altered. Whatever was true now was true from everlasting to everlasting. It was quite simple. All that was needed was an unending series of victories over your own memory. ‘Reality control’, they called it: in Newspeak, ‘doublethink’.” (chapter III, part I)

Through the denial of objective reality, they implant this concept called doublethink. This draws a thin line between History and fiction, since both are essentially linguistic constructions. Doublethink could be, then, in a deeper level of interpretation, a metaphor for fiction itself:

“To know and not to know, to be conscious of complete truthfulness while telling carefully constructed lies, to hold simultaneously two opinions which cancelled out, knowing them to be contradictory and believing in both of them (…) That was the ultimate subtlety: consciously to induce unconsciousness, and then, once again, to become unconscious of the act of hypnosis you had just performed. Even to understand the word ‘doublethink’ involved the use of doublethink.” (idem)

Doublethink is a word from the official language called Newspeak. On the “Appendix” at the end of the book, we get a more thorough explanation of Newspeak and its grammar, according to its “final, perfected version, as embodied in the Eleventh Edition of the Dictionary”. This demonstrates the linguistic relevance in the totalitarian society of 1984: language is used as a tool for control, it is the filter through which an individual sees the world. There is no signified without a signifier; reality exists insomuch as it can be named and thought upon: “There would be many crimes and errors which it would be beyond his power to commit, simply because they were nameless and therefore unimaginable.” The reduction of vocabulary, which is the main goal of Newspeak is, inherently, a reduction of reality and, consequently, of thought: “Each reduction was a gain, since the smaller the area of choice, the smaller the temptation to take thought”, making, in fact, “all other modes of thought impossible”.

Upon picking this book I had, of course, a very political expectation of it; and although it is very political, it surprised me for its deep philosophical tone, which I believe to be the main essence of the novel. Ultimately, it’s not as much about the condition of society as it is about the human condition overall. The way an individual sees the world (filtered through his linguistic capacities), the legitimisation of recorded History, the role of memory and the mind games played by the Party on Part III… It feels almost like an essay; Orwell writes in a very self-explanatory way, asking questions and trying to answer them.

Ultimately, it’s very meta-fictional, since it does everything that’s forbidden in the narrative: it makes us reflect upon our own freedoms and human rights, question totalitarianism and understand both fiction and reality through an extended vocabulary and, consequently, ways of thinking.

me before you headers. please like or reblog if you save.

“The windowpanes were misted over and raindrops were threading down like tears… I watched the trickles glinting in the lightning flashes, and every breath I breathed, I sighed. And every thought I thought was of you, Susana.”

Penguin Random House, HarperCollins, Hachette and Wiley accused the nonprofit of piracy for making over 1 million books free online during the coronavirus outbreak.

If anyone has them, I could use some quotes from either Children of Blood and Bone or Children of Virtue and Vengeance with page numbers or chapters.

Current Read is The Map of Salt and Stars by Jennifer Zeynab Joukhadar! I’m really enjoying the lyrical and descriptive writing in this book!