Trending Blogs
#Case Closed
carry-on-my-wayward-buttAnswer
i recently started watching so i don't feel what you feel lmao. But so far i'm enjoying it i'm on ep 130. I wonder if i ever get what you're saying the witch thing xD

listen man once you get far enough in you can’t stop. it’s a sunk cost thing tbh.

it’s like you’re sitting there hundreds of episodes in with no feeling of looming closure and you realize “jesus christ there’s so much more than i thought there was. i watched 468 episode of this. i’m almost halfway through. i can pinpoint every criminal and victim at first glance now. i’ve seen the same reused tricks sixty times. i can’t just stop here i HAVE to get to the end. this man WILL finish the story and i WILL live to see it.”

thats not even the hard part, because it IS fun to watch and genuinely interesting. it’s definitely an entertaining way to spend quarantine i won’t lie. (if you binge it 15 hours a day, it will take 22 days to catch up from the beginning) the actual hard part is surviving the CHARACTER DEVELOPMENT and THE TIMELINE.

the trickle of shinran content is kept alive only by the torrent of relationship development from the S I X other couples. i have a feeling boycop and girlcop will get married before shinichi and ran ever get to kiss on the mouth. everyone who even LOOKS at each other and blushes gently ends up am actual couple before ran and shinichi even THINK about their feelings for each other.

THERE’S BEEN A VALENTINES DAY MURDER AT LEAST FIVE DIFFERENT TIMES, AND THEY’RE STILL IN HIGH SCHOOL. this bitch cries over her bf every christmas for a decade. (move over Matsuda Seiko, this one is REALLY forever seventeen) my favorite OVA is the one where conan has a bad dream where he never gets the antidote and has to give up and grow up as conan and wear shitty glasses and date ayumi because ran is a sad old spinster who would literally rather reject reality entirely before admitting that conan is shinichi. it’s non-canon but i loved it. watching it was like those conversations with yourself in the shower where you really tell off the person you fought with earlier.

i’ve been attached to this series for fifteen years. i am only 198 days older than chapter 1. i’m tied to it by the downy vestigial hairs of my soul. it’s fun, but being into something so longrunning wears you down, makes you bitter.

my advice is to turn your brain off and have a good time and just try not to think about it too hard!!! jus have fun :)

My uni course will actually start with classes again in a week. 📚 how I‘ll miss my freedom… 👋

Your pride deserved to be taken down a notch, Kaito.

Put this man down for disguising as his surrogate father figure!!!

How relateable. Not wanting to let others know your situation until you’ve already solved the problem.

Not cool KID! That’s a jerk move on your part!

Me @ me ignoring looming deadlines…

How cool! 「A World of Resolved ‘Mysteries’ and ‘Tricks’.」

- the two-parter with the beethoven sonata

- any episode with Heiji in it ngl

Bro Heiji crouching and talking to Conan like an equal when no one else does,,,, imma cry

I thought I can talk about my early years of being a merch collector and why I am doing this blog here. (´•᎑•`)

So here is my story.

In my early years oft bein a DCMK fan I was, as I still do, completly freaking out when I saw merch. This was back in mid 2010.

One year later in 2011 I went to my first convention. Back then I had no Idea what a convention was like. So I went there in hope to see DCMK stuff I can buy, and well I saw DCMK stuff there. I was so obsessed with all the stuff the merch shops offered, so I bought a freaking lot of it. But little did my young weebish self knew what I had exactly bought.

This craze of “buying everything that looks like DCMK stuff” went on for a few years. Oh boy, did I waste my money on shit. ಥヮಥ

Yes, that is correct, it was shit. (ಡ᎔ಡ)

I really trusted my local anime merchandise resellers at that time, but after I did some research online about DCMK merch, it turned out that all of the stuff I had bought from them back then was “fake china merch”. Not only was it fake, but it was also sold for extremely high prizes. (・へ・)

When I found out about that in late 2015, I was really upset. So I research online where you can buy DCMK merchandise directly from Japanese alnime merch shops and then I started to import all the stuff on my own.

Now with me importing all the stuff on my own over the last years, I have got a lot of experience and know where to get the best and newest goodies for the best prices.

I’m also proud to say that the only things left from my “fake china merch” collection is a plushy and figure. ಥヮಥ

With my DCMK merchandise blog I want to help all of you DCMK fans that want to collect authentic and real merch from Japan but don’t know where to start.

I do not only want to show you the great variety of what is available but also where you can buy it for the best price.

So if you’ve got any questions about DCMK merchandise and where and how you can buy them, I’m will be your guide, I’m here to help you. 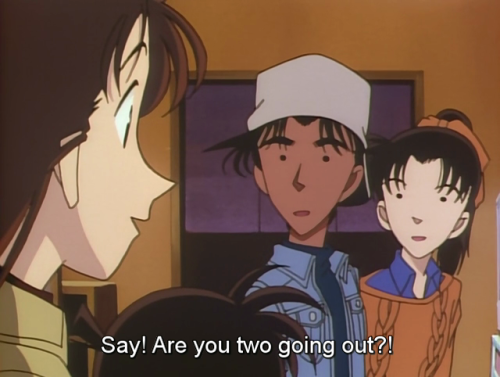 itzys yuna is a natural blonde

Gosho - stop lowering and raising the bar and let them be!

My beautiful boy in a high chair, like the baby he is.