One of my favorite Glitra writers @teaandsmut requested this prompt “how about Catra and Glimmer both turn up at a Hallowe'en party as Harley Quinn, with Catra as the classic version and Glimmer as the Birds of Prey version.”

I am happy to oblige!

(Please bare with me I rarely write spicy fics!)

hello everyone, i wanted in on the bernie meme too

It’s been quite a while since my last Catradora, so have a quick minimalistic one 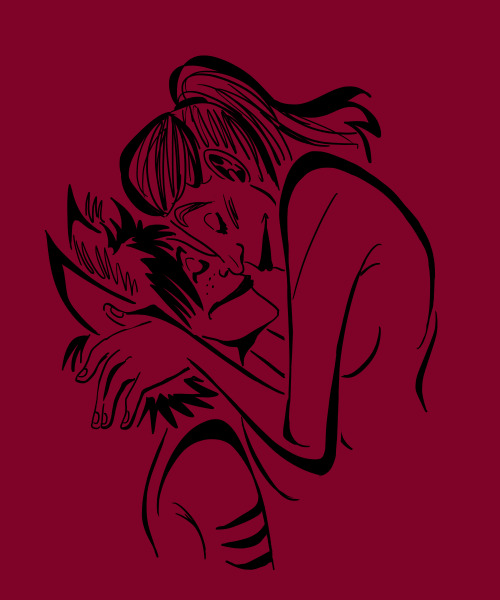 Upon reading this post this morning, I was reminded of one of She-Ra’s glaring flaws: few organic consequences for villain characters in season 5. While Horde Prime got exactly what he deserved, other villains faced zero natural consequences. Catra’s many sins were forgiven and forgotten by her victims. Hordak’s prior villainy was never touched upon. The former Horde soldiers barely appeared, and the fallout of their participation in the Etherian Horde was never shown.

It’s one of many things that made season 5 disappointing and uncomfortable. Actions should have consequences. Actions do have consequences. Catra’s actions against Adora, Angella, Scorpia, Entrapta, and Hordak needed to have ramifications she couldn’t dodge. As much as I love Hordak, I feel that he needed to reckon with how he harmed Etheria and damaged countless lives. Shadow Weaver’s past actions needed to trigger more of a response from Micah than just annoyance with her. The Horde soldiers need to experience the consequences of participating in a planet-wide civil war.

I am not necessarily advocating for harsh punishment for these characters; only for actions to produce plausible effects in the She-Ra universe. Broken relationships that can’t be repaired with a single “I’m sorry”. Distrust and resentment from the public. Victims demanding that they fix what they broke. Trials for crimes.

It’s a deficiency in the show that I plan to correct in later chapters of Gossamer Threads. I’ve already done this in small quantities with Hordak, who struggled to answer hard questions from Glimmer and felt the sting of Rigel’s disgust. The people hurt by Hordak, Catra, Shadow Weaver, and the Horde soldiers won’t just forgive and forget. They will bring up past crimes. They will demand answers. They will feel anger and sorrow. They will hold trials. They will expect atonement. 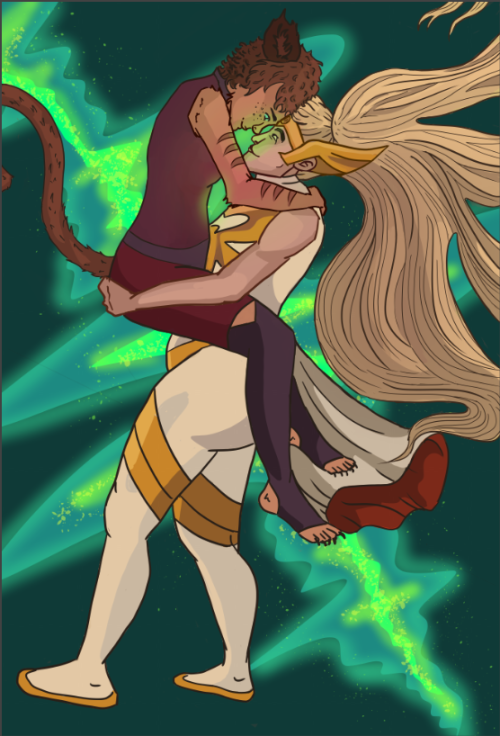 Fandom: She-Ra and the Princesses of Power

AU: from Catra being pregnant during the war headcanons (canon universe, not canon compliant though)

Sure! Thank you for the requests! Happy to be back at it. Keep ‘em comin!

Note: This is an altered version of the timeline. It doesn’t match the show perfectly.

Adora: What are they doing?

Bow, slamming his hands down on the table: YOU TAKE THAT BACK!

Sure! Thanks for the request! They’ve been a bit low lately.