i decided to do an alignment chart of rwby with who i think best fits each role- if y’all have other ideas feel free to add on or change what you think! I thought it would be fun to see who fit each description best :>

Parody Fic Idea: An Academy Carol. James Ironwood is visited by the ghost of Leo Lionheart, who warns him his heart has fallen to fear and that he will be visited by three spirits of Headmasters Past, Present, and Future. James is of course not having any of this and tries to avoid the whole thing by focusing on fighting Salem, but the three spirits come in and drag him along anyway.

The Spirit of Headmasters Past: Oscar Pine, who continually reminds James that no, he is not Ozpin, while showing him how he became a headmaster. Fun scenes with old friends abound, and James doesn’t see the point.

The Spirit of Headmasters Present: Nicholas Schnee, constantly laughing and fighting Grimm as he drags James around the world to show him how students of various academies are handling things before showing that his own students really don’t like him.

The Spirit of Headmasters Future: “Oh there is NO way you’re a headmaster!” says James as he sees Cinder. “Not yet, I had a really complicated redemption arc that I can’t talk about because spoilers.” She goes and shows him how in the future all the academies have lessons on how not to become tyranical monsters and the only person who remembers him is Penny.

Like I said, this is a parody idea bouncing about in my head, with everyone except James really getting into their role.

but i think they are, yes. the only way i could see it is as some sort of smut harem fic which is hhhhHHHHHHHHH

There’s fire in my soul 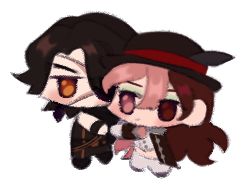 #rwby, #spicecream, #cinder fall, #neopolitan, #neo (rwby), #i like this a lot so im posting it
61 notes · See All
kylethebitransPhoto 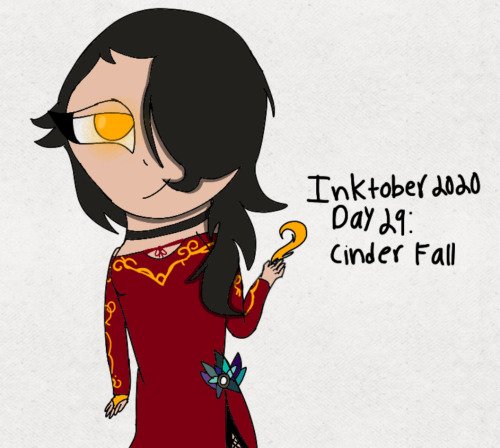 i can’t wait for the day that cinder’s dumb, dorky smile makes it to the show.

#rwby, #cinder fall, #it will be glorious, #i don't have the picture rn (shame on me) but you know the one
45 notes · See All
dont-hurt-the-beesText

Cinder: I can’t cry on cue

Cinder: Whenever a role calls for tears, the only thing that works is thinking about children(*cough* Ruby *cough cough*) falling.

Cinder: They’re tears of laughter, but not one cam tell the difference.

It’s the Girls do get it done scene from The Boys season 2, but it’s with Winter (Queen Maeve), Ruby (Starlight), and Neo (Kimiko) just kicking the ever-living shit out of Cinder (Stormfront).

Cinder: I guess chucking my shoe at your head and yelling"I’m Cinderella bitch!“ Is a terrible dating strategy.

Cinder: tell me again how I’m your second best girl

Cinder: I don’t need a whole set of measuring spoons. I just need the teaspoon and my good eyeball.

She’s gonna be hot no matter how her arc turns out. Lesbihonest.

#Ask bampot, #Rwby, #Cinder fall
14 notes · See All
atlesianicLink
the will of our goddess. - atlesianic - RWBY [Archive of Our Own]https://archiveofourown.org/works/27244342