I just finished this track. It was inspired by ancient Rome. If I’ve succeeded, it should sound mysterious, triumphant, and playful all at once. It’s all original - no loops or samples from sound libraries. BTW, if you’re looking for tunes for a creative project, let me know. I’d love to license or compose music.

so here’s some things that help me when i don’t want to/don’t have motivation to practice (some specifically violin, some more general. i’m not a professional, just a girl who really loves the violin, so help me out—please add!!!)

Not much is known about Gasparo Visconti. He was an Italian Baroque composer and violinist who was probably a student of the great Arcangelo Corelli. Aside from his seven sonatas for violin and continuo, his oeuvre also includes small, separate collections of miscellaneous pieces for flute, preludes and a method study for violin, and a small collection of string concertos. 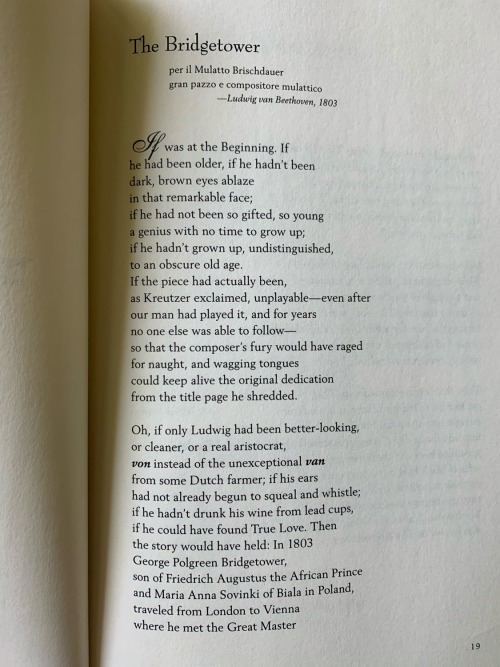 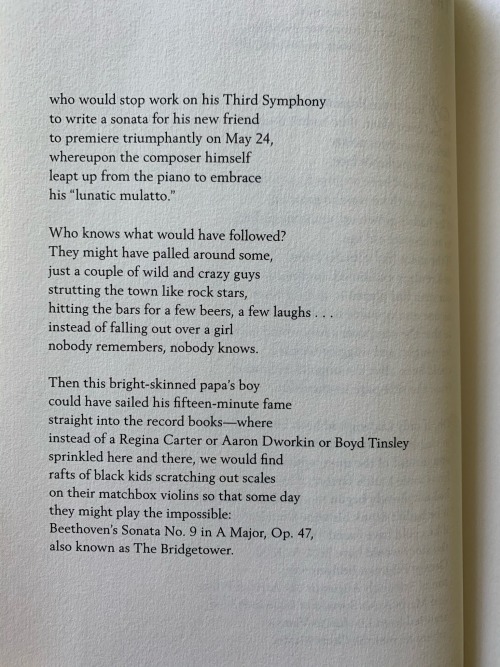 Let me tell you about one of history’s forgotten black geniuses, a man long overdue for his roses.

Last semester I wrapped up a class on theories of black musicality and blues studies, and I’ve been thinking a lot about one particular black musician who predates the earliest blues by about a century.

He was an extraordinarily talented biracial violin prodigy, though in his lifetime biracial wasn’t really a concept yet. Born in Poland, he lived most of his life in England, where as a young boy he became a patron of the Prince Regent, the man who would eventually become George IV. At the Prince’s direction, he studied under master musicians and performed all over England.

In 1803, at the age of 24, Bridgetower visited Vienna, where he met up with one Ludwig van Beethoven. Dazzled by Bridgetower’s talent, the composer wrote a violin sonata specifically for the young musician — Violin Sonata No. 9 in A Major — dedicating it to the violinist with a note that read “composta per il mulatto Brischdauer, gran pazzo e compositore mulattico.” Composed for the mulatto Bridgetower, the great lunatic mulatto composer.

The story goes that Beethoven, having only finished the piece just before he and Bridgetower were set to perform it, printed a single copy, ink still drying as he propped it upon the pianoforte. Bridgetower had to sight-read the piece over Beethoven’s shoulder, even improvising at one point, to Beethoven’s great delight.

Not long after the performance, the pair fell out. Bridgetower had insulted a woman Beethoven knew. The irate composer ultimately withdrew his dedication of Sonata No. 9, dedicating it instead to a violinist named Rudolphe Kreutzer. Kreutzer, upon receiving the music, declared it “outrageously unintelligible” and indeed, he never once played the piece. Yet it lives on, often referred to as the Kreutzer Sonata. Bridgetower, meanwhile, returned to England, where he taught music for the rest of his life and died fairly poor, his greatest accomplishment all but erased.

Me: whines that I don’t have any chunky thick romantic repertoire to work on

Professor: gives me a shit ton of chunky thick romantic repertoire to work on

Me: complains about said chunkiness of chunky thick romantic repertoire that I have to work on

#classical music, #music student meme, #pianist, #me and mine
0 notes · See All
heathenvegetableText

For those who want to know more about the bass flute! :D

me: CHECK OUT THESE SICK BEATS!!!

me: *plays Bach’s toccata and fugue in D minor*

Give me really depressing old classical music recommendations. I need them to help me write this book

right now my favourites are