Ladies and gentlemen, today we are hitting up Obunai Iguro with a drawing session it’s him and his snake against the world. Don’t know much about him but he seems like an interesting character, going to have to wait until season two to see what he is like but until then have to do with re-runs. Hope everyone is enjoying the series so far it was allot of work just the drawing stage but I’m really happy with how it has turned out so far and have got some ideas for painting too so gearing up for some ink vids and paint so keep your eyes peeled for those as I’m trying some new things for them that’s worth a watch.

The most recent of Urodaki sensei’s pupils Giyu and others including Tanjiro and Nezuko links are further down below so check them out if you haven’t already seen them.

Most if not all the characters I am drawing in my style I drew him in more of my style rather than the anime/manga style shown in the series and same with some of the other characters as wanted to bring my style to the table and not just repeat what’s out already and I believe the characters really project so shall feel each character out the same way and see what I fancy.

Take a look and see how Obunai turns out and more “Demon Slayer” and “Streets Of Rage” series links below.

Enjoy and see you next episode in this series!

OTHER DEMON SLAYER VIDEOS LINKS DOWN BELOW IN THIS COMMENT

Appreciate you for watching stay tuned as plenty more to come in order to make this BEAST of a POSTER. Let’s do this!

(If you like what you see consider subbing to be notified of further releases in this series. Thank you! 😁👍🏿)

FOR MY STREETS OF RAGE 4 SERIES LINKS BELOW

(Starting with Blaze and finishing with completed POSTER)

(Starting with Axel, complete POSTER OUT soon sub for notification on release)

I woke up wondering how Adora and Catra lives would be if they have children? And VOILA here it is.

Although, don’t ask me how, I am not a etherian. 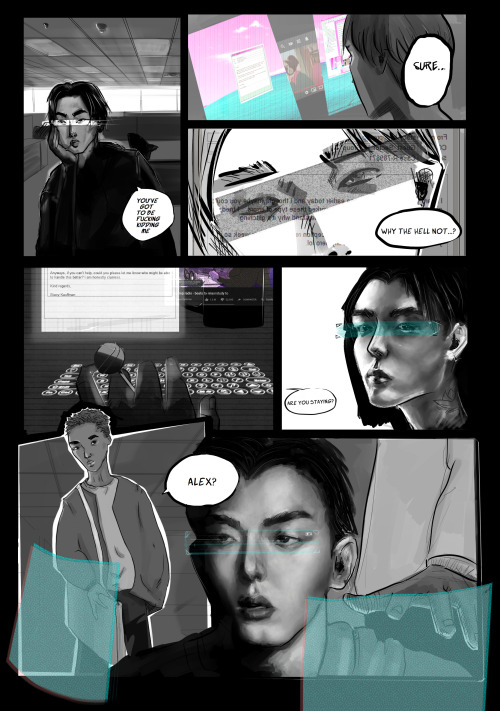 A live stream I did 2 days ago. Thank you so much for those who joined and the one that stayed the longest and request something XD. @galaxynimation​ requested CrystalTronix!Sans and @amandacheam​ requested Nootmare. I don’t intend to make a comic but idea popped out lol.

Hmmm…roasting Nootmare is the best for these two lol XD 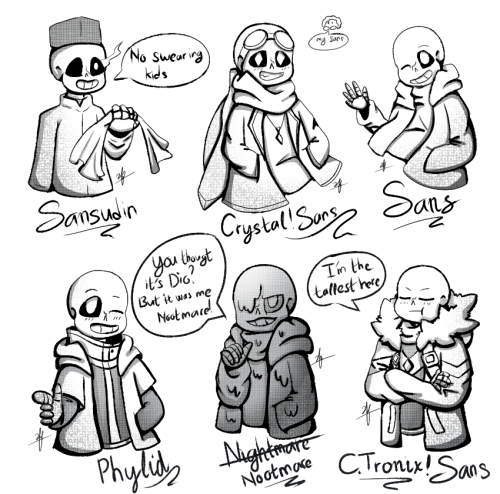 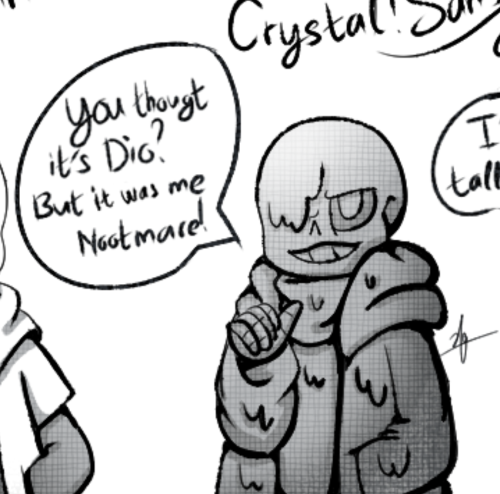 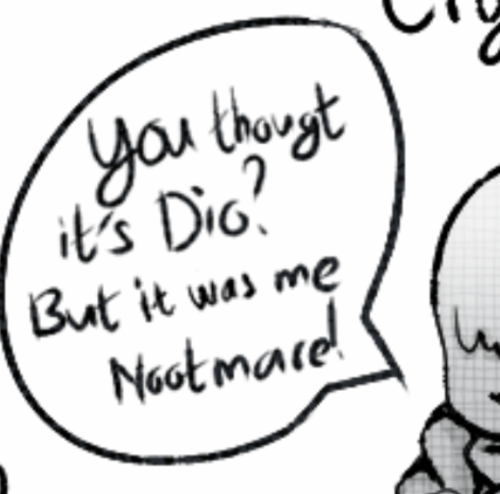 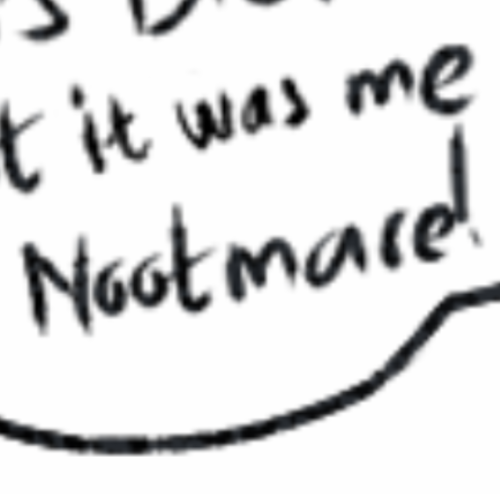 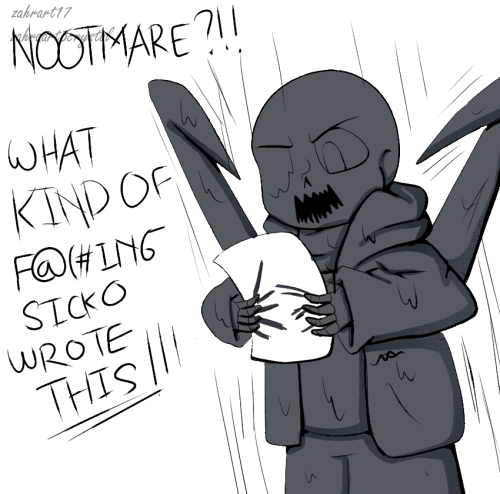 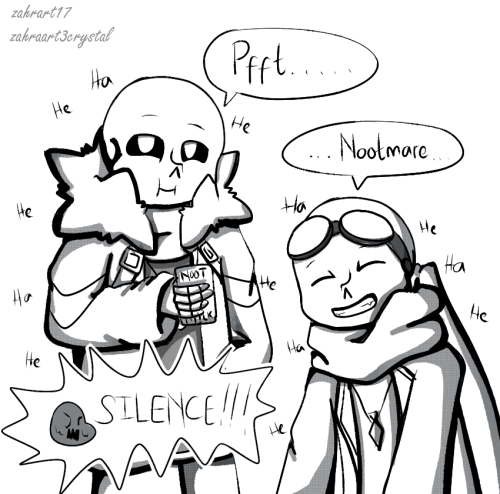 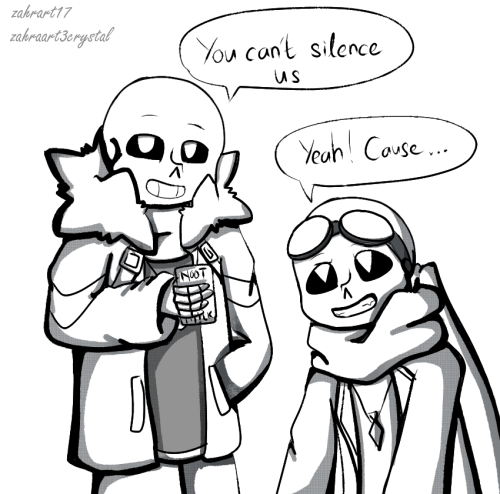 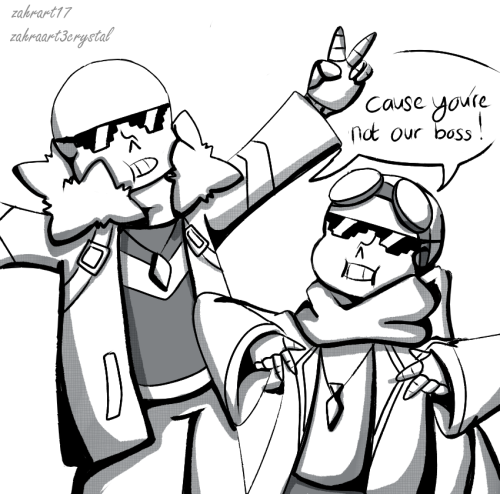 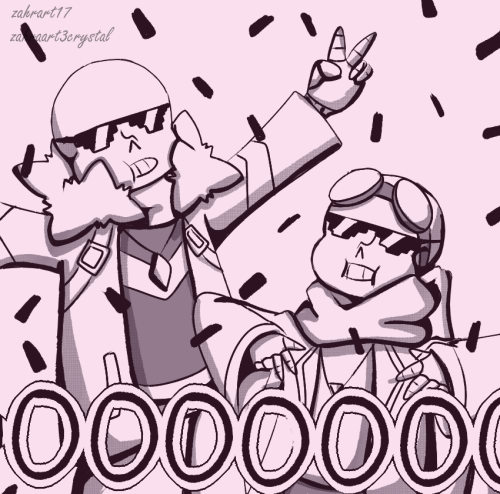 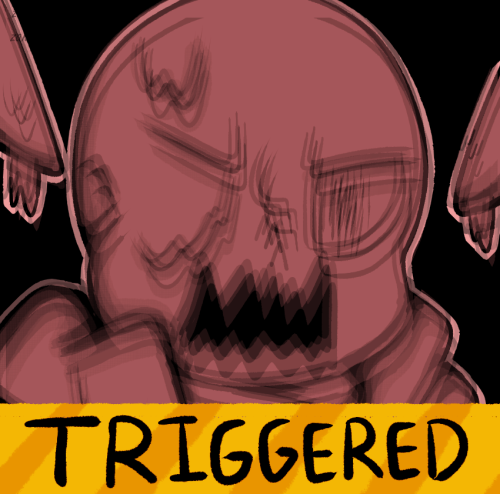 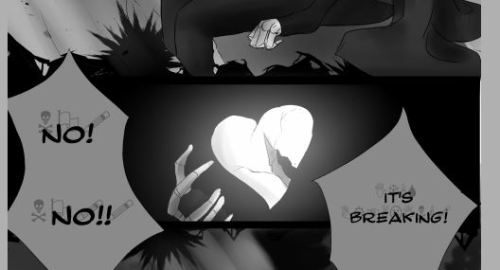 Check out “Agreement- 4” from Papa Ai

New page is up! 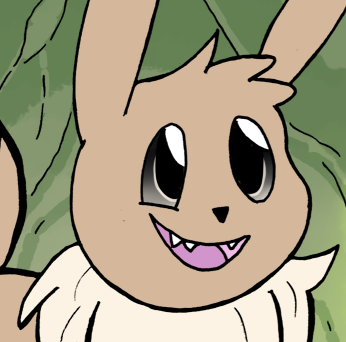 I’m questioning my own cynicism and when it’s my role to speak. All around in different platforms, I see people from all walks of life speaking up against racial discrimination and the importance of what it means to help out a community during what is a global pandemic. I am not one to speak out on issues. Though this may come off as taboo during an age of speaking out, I’m an observer. It’s not that I don’t care about what my surroundings are, but I find myself contemplating outcomes for so long I don’t even know where to start. Desmond Tutu said, “If you are neutral in situations of injustice, you have chosen the side of the oppressor.” So as someone with a non-expressive voice, this is how I will speak.

I grew up in a biracial household. My three older half-siblings are half white and half Vietnamese. My younger brother and I are half white and half Venezuelan. My mother was born in London, Ontario. My father was born in Caracas, Venezuela. I was born and raised in St Thomas, Ontario, and I was one of the few people of colour in my elementary school. White privilege, it’s something I see everywhere being acknowledged right now, and I stop and question myself, do I fit into this role? I am half white, and I would say with confidence I’ve been raised to be white. I only grew up around white family, for all my life my friends have been majority white and I don’t speak Spanish other than no toques eso (don’t touch that), comer (eat), ven Aca (come here) and càllate (shut up). However, my skin is brown, and my hair is curly (no matter the amount of hair straightening I’ve done). I said to my dad recently “how does it feel coming from South America but having the two most whitewashed kids to exist” he misinterpreted and said, “Nah you’re my kids, we have the same face”. I don’t blame my father for not teaching me more of his culture, because at the same time I was growing, he was assimilating.

“I don’t even see you as brown; you’re just another white person to me.”

I’ve heard this throughout my life on multiple occasions from many people. And when I was little, it sounded like praise because I was being accepted into a group even though I was different from them. Now I hear it, and it makes me consider what it is to be biracial, and why would I be seen any different from a white person, to begin with, does this take away any struggle of growing up with tan skin, and how am I perceived? ((If you’ve ever said this to me I’m not hurt in the slightest or offended, just know it’s something I think about a lot)). I think it was only about three years ago I said out loud in actual realization: “Wait. I’m biracial”. My mother gave me the strangest look as in you just noticed..? And for the first time, I think I really had.

I am fortunate enough to exist in a world where I can experience what it’s like to be in the community that is bealart. Coming to Beal, in general, is an experience that has expanded my mind. I’ve been able to elaborate my thinking in a multitude of ways and to examine life as the artist. However, sometimes I feel as though I surface and I look around me, and I realize, I am once again surrounded by white people, with a few people of colour by my side. When in a class discussion of what is cultural appropriation, the phrase “We as white people” had stuck with me. I remember thinking, huh, only to look around and realize I am the only person of colour in this entire room right now. I don’t blame bealart for this, and I don’t blame the people of colour who have chosen not to participate in this program either.

I simply do not know exactly where I stand in my role as a speaker, and I know my voice of cynicism is not always the best approach. I don’t hold the same possible guilt, and voice as a white person. But I do not hold the same voice as full people of colour either. I’m not sure when it’s my turn to speak, however, I’ve decided to speak from my own perspective, starting from what I’ve seen in my experience. “They don’t belong anywhere. Coloured folks won’t have ‘em because they’re half white; white folks won’t have 'em 'cause they’re coloured, so they’re just in-betweens, don’t belong any­where.” to kill a mockingbird, by Harper Lee.

So the day Birb cut off his wings. Explanations and conversations went down way later, cause oh boy… this day didn’t end up well. 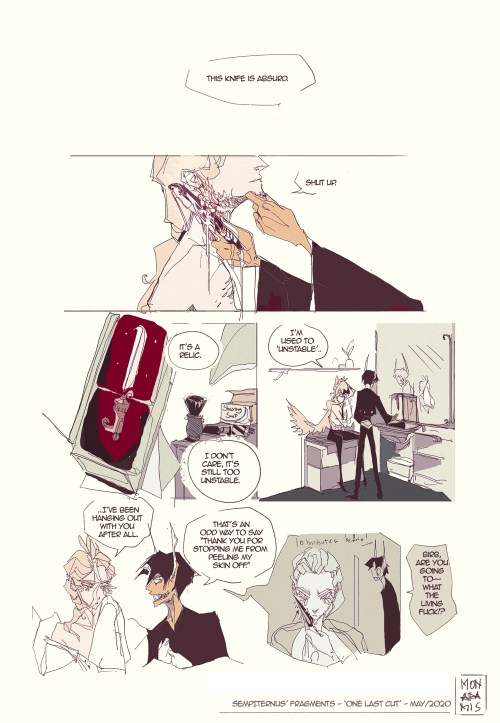 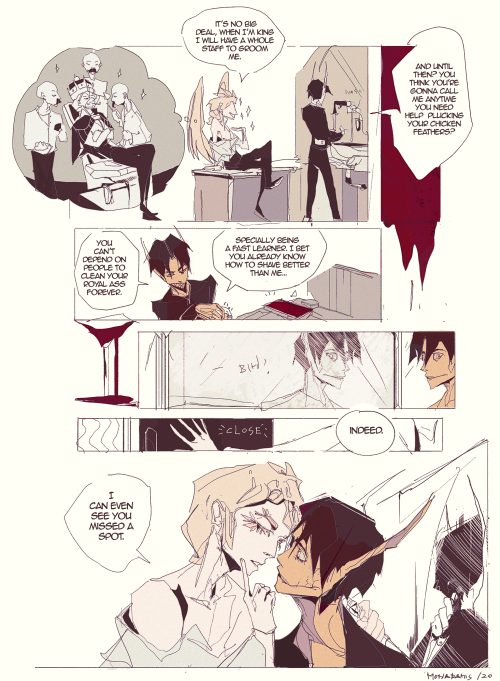 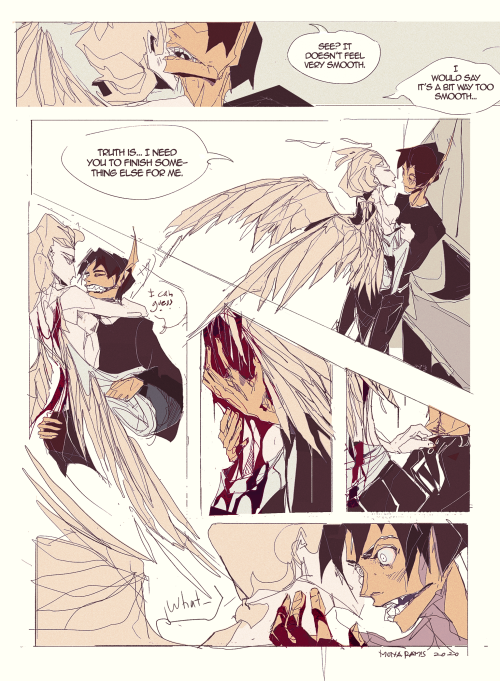 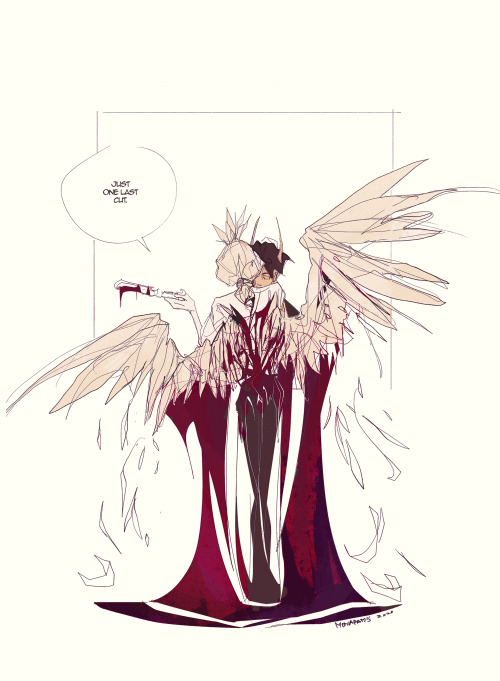 #my ocs, #theon vassilin, #alain rosiere, #angel, #demon, #comic, #this was sitting in my drafts since ever, #this takes place two years after theon's comic, #they are like... 18? yeah kinda around that
5 notes · See All
gifophuniaPhoto

Peaceful protesters in DC prevent a man from damaging property and hand him over to the police via @gifophunia. Follow, like and reblog! 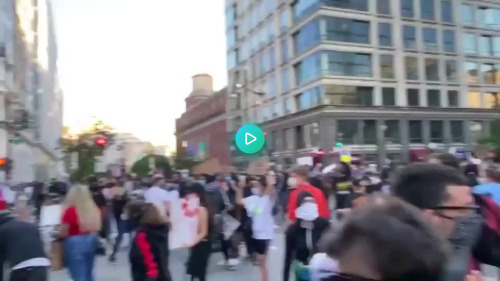 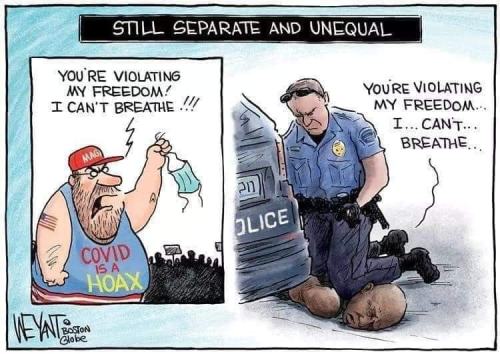 Dialogue, in case you can’t read my dumb handwriting:

Okuyasu: I’m stupid, so you’re gonna have to—

Josuke: You’re NOT stupid, Okuyasu. And I hate that someone made you think of yourself that way.

Josuke: You mean a lot to me, dude. It hurts to hear you beating yourself up.

Okuyasu: I love you too.

Okuyasu: I just had no idea how to tell you.

Okuyasu: You’re just… so cool and nice, and super hot too… I kinda just thought I never had a chance.

Josuke: You bastard… you made me cry…

Josuke: No need to apologize.

Josuke: I love you.

#ellis illustrates, #josuyasu, #josuke, #okuyasu, #comic, #jojos bizzare adventure, #jjba, #keicho, #hes just there for a second, #first time i draw the bastard and its to diss him kkdkkfkdkf, #yes this is dumb yes this is self indulgent but so is this entire blog
2 notes · See All
alittlereader1Text

Keeping It Together Page Twenty Eight 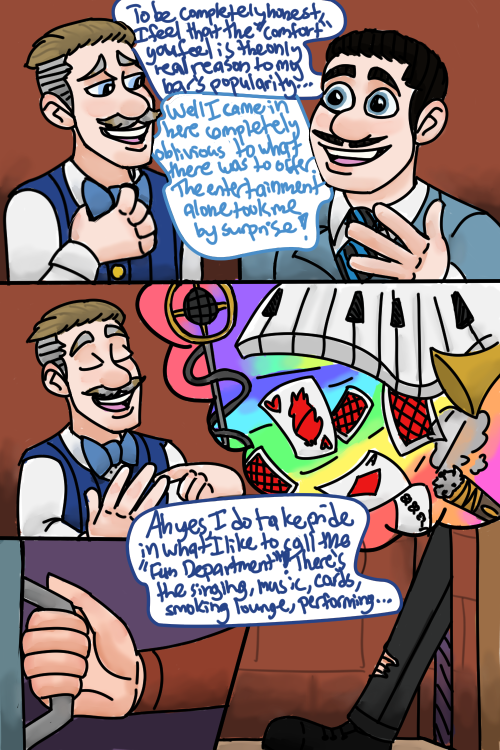 One peep from Insta asked for Finland and Russia drinking together and that Honduran peep suggested Iceland saying ok boomer to Denmark, so I combined them into a dumb comic! _(:△」∠)_

Why is Russia at the Nordics’ house? Why are they drinking at like 9 AM in the morning? I don’t know djfjhkdlf-

(By the way, I will be using the simple, no hair lol, style only for requests. Unless it’s a request I want to add hair to lmao) 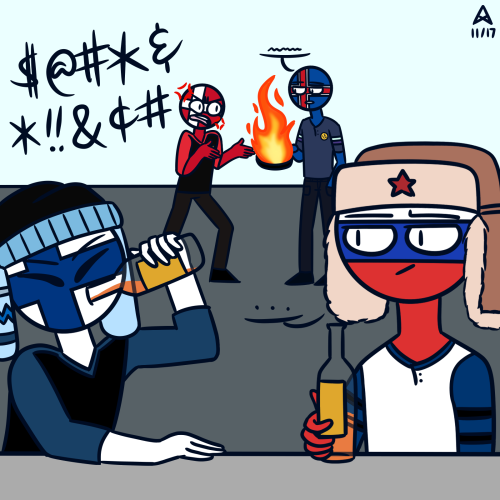 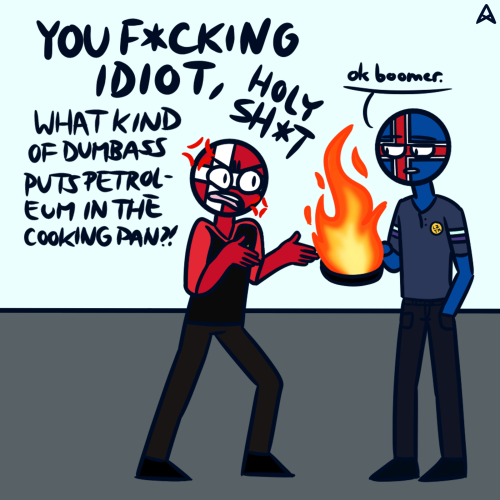 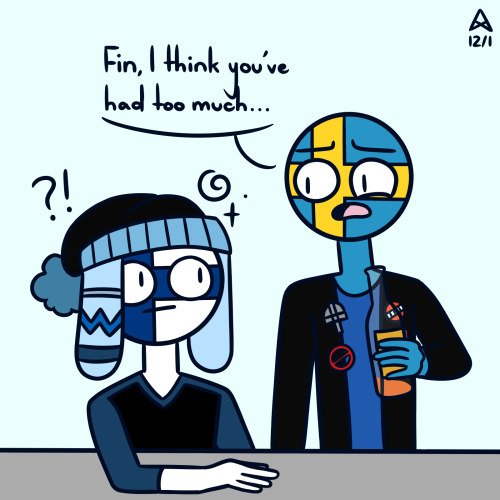 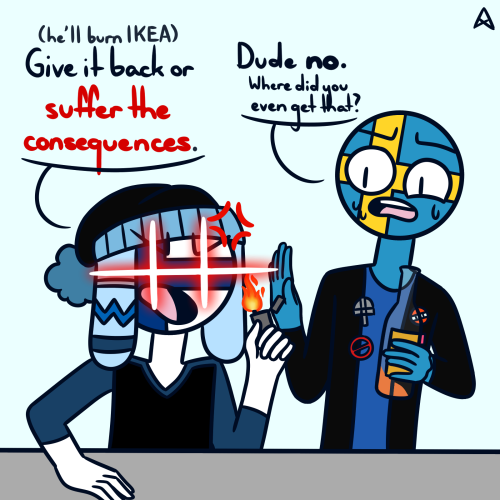 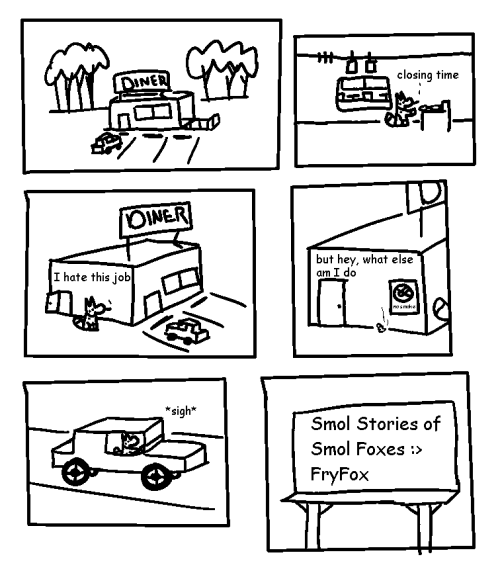