collab with @callsign-chimera with her villain!deku. she did the lines and I colored-it was good to see him again, even if we’re not supposed to :p 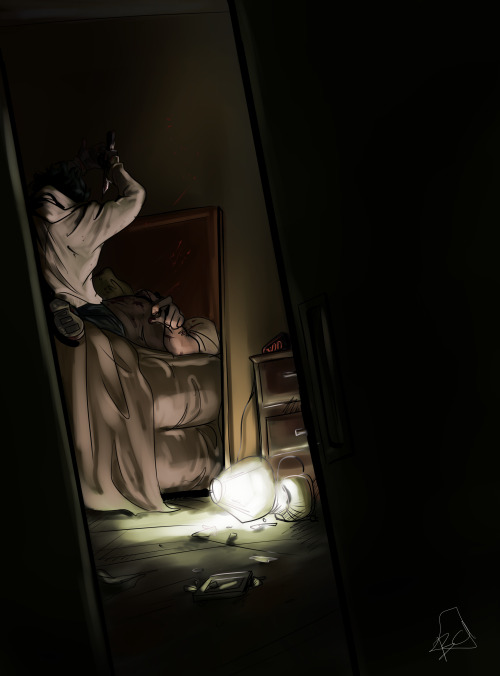 I read a fanfiction where Midoriya was an adult and the number one pro hero, and the author described him as tall.

Read the rest of the story picturing this. I drew it so all of you could burn in hell with me.

Yall ever think about how when deku says he will become the greatest hero this implies that there will never be a greater hero than him and that according to the quirk singularity theory is highly unlikely so quirks might disappear at the end of the anime because same.

#bnha, #mha, #boku no hero academia, #deku, #bnha theory, #I know it sounds stupid and lame but imagine Hori pulling this shit on us, #now the Dabi is a midorya theory doesn't sound half bad
0 notes · See All
plusonetmText

THE COMIC I DID FOR MY VILLAIN DEKU THING :DDD

HNNG I’m moving over to Tumblr, finally! Gonna be posting these out of order but here’s the start to an art dump.

#art, #bnha, #midoriya izuku, #midoriya, #izuku, #villain deku, #villain midoriya izuku, #deku, #boku no hero academia, #my hero academia, #mha, #all mighty villain deku, #or maybe, #hero villain deku?, #idk, #fanboy villain deku, #accurate but idk yet this is still an idea, #might get a fic for this, #wait on
1 notes · See All
miioouuAnswer
Can i ask for headcanons for Midoriya, Todoroki and Bakugo with a blind S/O (preference gender neutral) who is also in the department of heroes and the guys are worried that something might happen to them until they see them fight and it's 'wow'

I’m sorry if this is not accurate or if offend anyone. Thank you for requesting!! ❤️💜❤️

- He never saw your blindness as a flaw or something.

- He thought it was cute and intresting.

- He would always watch how you’d go through your everyday life, being impressed.

-That being said, he didn’t see you as weak or fragil, but he still worries about you.

- Always by your side to guide you, or tell you about the things that was happening around you.

- No matter how many times he has seen you fight, he’s always in awe by your skills.

-It came natrually to you, even though your visual sensation was gone, it just made you feel everything around you ten times stonger.

- Detecting your opponent’s every move, you were so good at fighting, ut surprised everyone.

- Always, after a fight, Deku is by your side, praising you, telling you how everyone was looking at you stupefied.

- He loves you, he really does, no matter what.

- Just like deku, he never saw you weak, he doesn’t judge people in that way.

- What mattered to him, was your joyful personality, always cheering him up.

- Though, he was always scared that something might happen to you.

- You might fall, bump into something, he was always terrified when you’d go out and walk along the streets, what if you get lost?

- Now the only time he didn’t worry about you, was when you were in the battlefield.

- Turning your blindness into strenght, you’d focus on sounds and vibrations, knowing your enemy’s stragedy even before they had time to execute it.

- Even tho you were a hero just like him, that didn’t mean that he’d stop protecting you.

- Boy was that kid always worried about you.

- Not like he didn’t know that it’s your life and you were used to it. But he’s just that protective.

- He would beat anyone who tries to mess with you. He’d even beat them to death if you don’t stop him.

- He never treated you differently than the rest of his classmates, even seeing you as superior than most of them. Even though you’re blind, you still managed to get into the hero department, you’re awsome.

- You were even more awsome when you fight. You were strong, swift and quick, people who didn’t know you would think that you were perfectly fine.

-But he knew better, and he was so proud of you.

- Always letting you know he loves you through a hug, you always know it’s him.

CHAPTER 4 You deserve the world.

Tadaimaaaa.” Hidenka entered the house, dragging her feet in exhaustion.

“Oh. Welcome home, Hide.” Ritsuka greeted her at the door. “How was school? And hero work?”

Hide groaned in response, taking off her shoes and walking in to the living room to flop down on the couch.

Ritsuka walked over to fix her skirt so his sister would be more decent.

Hide muffled a groan in to the couch cushions, affirming her older brother’s assumptions. Just then Mafuyu walked out of Ritsuka’s room, noticing the younger girl.

“Mhmm.” She could barely keep her eyes open.

Mafuyu sat on the floor beside her, rubbing her back soothingly knowing that she was exhausted.

“Hide-chan, your fingertips…” Mafuyu said, startling her. “Are you playing guitar again?”

“EHHHHH?!!!!” Hide sat up abruptly, holding her hand close to her. She was surprised Mafuyu had noticed so easily. But that was one thing she loved about her brother’s boyfriend, he noticed everything. The small details were important to him.

Ritsuka looked at his sister as she pouted.

“It was supposed to be a surprise.”

Hide looked up at her brother,

“I’m going to perform at the summer school festival… with… my new friends.”

Mafuyu’s eyes brightened and he hugged her unexpectedly.

It was the day before the summer festival, practice had just ended. Hidenka was moving into her dorm room. It felt weird to be living away from Ritsuka and Yayoi but it was for everyone’s safety. She thought that maybe being far from her quirkless family, they’d be safer.

After moving in, Hidenka joined the other members of class 1-A in the common area. She sat down on the couch, next to Denki and Bakugou.

“Hide-chaaaaan!” Denki called, slinging an arm over her shoulders. “So so!!!! Tell us about your family! You have such a cool quirk, your family must be soOOOOO powerful!”

As everyone in the room seemed shocked, Deku went off to the corner, mumbling to himself as he wrote notes down in his notebook.

“My brother is a regular high school student, he has a band though. My sister is a university student. I’m the only one in the family to have a quirk.”

The room had mixed reactions, how could someone with such a powerful quirk come from a completely quirkless family?

“That’s good.” Bakugou said quietly amongst the chaos catching Hide’s attention. “Mean’s your human just like the rest of us.”

With that he stood up, disappearing into the halls.

As the chaos died down, Momo came into the room to give final reminders before everyone went to bed.

“Alright everyone, have we all agreed that Hide-chan would perform for the second half?”

Hide couldn’t sleep that night. She felt guilty, was she allowed to have this much fun? To be this happy? After all.. she… she let him die.

Hide walked quietly in the halls until she made her way out of the dorm, sitting on the front steps. She exhaled, it was a warm summer night, the sky was full of stars. It was exactly how it was when…

“Oi, trader.” Bakugou’s voice pulled her out of her thoughts.

The girl looked at him as he moved to sit down beside her. It had been almost two months since she had started going to school here, but this was the first decent conversation they’d have.

She only saw bits and pieces of Bakugou. The only lengthy conversation they had before this one was when she copied his quirk. It amazed him put pissed him off at the same time. She amazed him so much it pissed him off.

“What are you so depressed about?” He asked grumpily. Trying not to show too much concern.

Hide sighed, looking at the sky again. She smiled painfully, trying to be brave.

“Sometimes, I think I don’t deserve all of this.”

“This happiness with everyone.” Her hands balled up in to fists as she spoke. “I don’t deserve anything really. You see, there was this one hero mission… and… I let someone die and I… that definitely doesn’t make me worthy of being a hero. Of being here.”

It was quiet. Hide took it as it was.

“And I definitely don’t deserve you.”

“You’re always looking out fo me. Even if it is through grumpy mumbles.”

Bakugou’s cheeks flushed pink. Was he being that obvious?

He kissed her. He couldn’t help himself. How could someone so kind and so warm be so full of sadness? He wanted to take it all away from her. He didn’t understand where these feelings came from, but they were there and he couldn’t deny it.

“Stop that, you idiot.” He said in whisper. “You deserve the world.”

I tried making this..

If your name is Ashi, you’re not allowed to read this

I really don’t like this like y I k e s. I’m sorry i disappointed you mother

Kissing headcanons with our favorite beans~

This was fun and I need to draw Deku more… I love him and half and half.

One of my best friends @whatshabening has been thru every one of my anime boy phases since I was like FOURTEEN (I am FUCKING TWENTY and still using this godforsaken blog to vent out my anime feelings). He has been with me from Gaara (Naruto), Levi (SNK), Sasori (Naruto), throwback Sesshomaru (Inuyasha) bUT THIS I GUESS IS TAKING THE CAKE LOL.

This is the first time he has said this to me & I just wanna say IZUKU MIDORIYA YOU GOT ME F U C K E D UP. 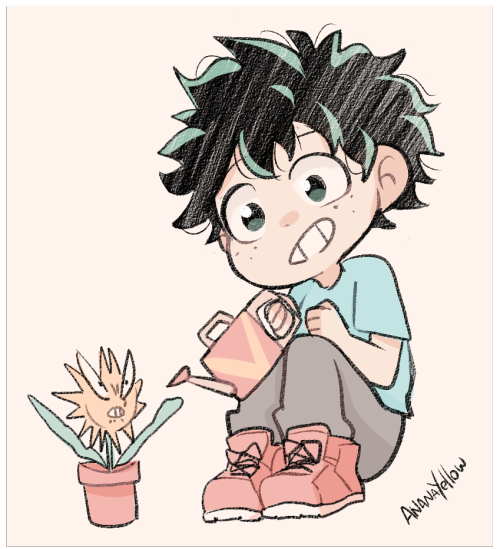 I’m having fun with the customization in the newest My Hero game. 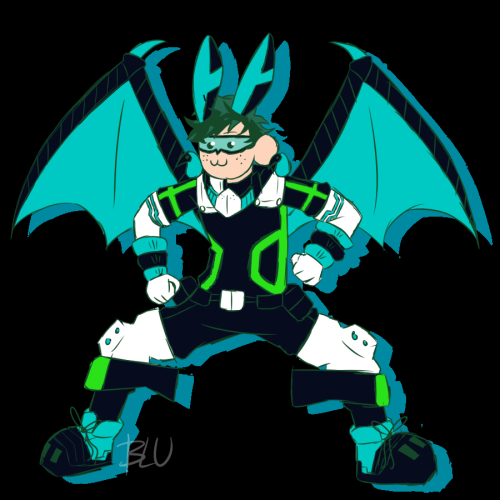 Tonight after I have a nap and a cookie 🍪

Endeavor: I am the number one.

Now that season 4 of BNHA is over…

Feel free to request a character (It does not have to be from bnha) and I’ll create a situation/place and outfit for them!