someone on discord mentioned that the new version of firealpaca lets you export things as .gifs and obviously I had to try it, ft. my fave batman and robin. i’m not the best at animation, but here we are :’)

Bruce: I hope you have a good explanation for this.

Jason: We have three, actually.

No I’m not fucking crying  but the fact that not only Damian knew that Jon would come after him, the fact that he WROTE A LETTER, and his handwriting is super nice, and he is probably with the league, with his mother, and he just- no I’m not about to cry over them.

i think talia and damian should simply be allowed to be happy together. a happy family if you will

Steph: Ima be late… On a completely separate note, what do you guys want from Starbucks?

Duke: do they still have those lemon cake pops?

Damian: a pupuchino for Titus please

Bruce: …they burn their beans

WHY DONT YOU SHIP DAMIAN AND RAVEN?

Part of my batfam Whumptober 2020

Being thrown into the water was not part of Robin’s patrol plan for the night. Neither was taking a full gulp of Gotham harbour’s water as he was dragged down due to his restrained limbs.

However, that was exactly what happened. Some of the thugs had gotten the upper hand, tied him and thrown him in the water.

Robin would be laughing at their lack of originality if he wasn’t desperately trying to get out his restraints. The league had trained him against drowning of course but it would only last so long.

Especially since his lungs felt like they were going to burst and he was starting to see spots in front of his eyes.

Fast unfinished doodle of Damian talking to his dead beloved, Jason; “Forgive me beloved, I didn’t hunt them sooner. The ones who hurt you are dead now, so you might rest habibi”

Bruce: I love all my children equally.

Tim, from outside: Bruce?

Bruce: Some of them are adults now, and don’t live here.

Bruce: But they’ll always be welcome in this house.

Jason, banging on the door: BRUCE!

Bruce, whilst his eye twitches: They, uh, don’t bother me much anymore. I guess they’re busy…

Dick, Tim and Jason, struggling with the locked door: BRUCE LET US IN!!

dc hates both us and him

#because they keep doing him dirty, #its terrible, #thats not my son, #thats some bullshit, #right there, #damian wayne, #dc comics, #dc, #damian al ghul, #i am losing constantly, #bendises damian was the imposter
16 notes · See All
detectivedamianPhoto

Daffodils and Graves That Came Too Soon:
Chapter 1

Summary: Jon leaned across from him at their lunch table with gooey, gross eyes that made him sick in the most unpleasant way, and a dumb smile on his wobbling lips that made him look straight out of a cartoon, and he said: “I think I’m in love!”

And he felt his world fall apart.

Damian thought, all this time, that Jon felt the same as he did, that he wanted him as much as he wanted Jon. When he finds out he’s been wrong this whole time, he slips up in a battle, and the consequence leaves him with a debilitating disease… now his broken heart is literally going to be the end of him.

“You don’t ever look at anybody and just wanna… kiss them?”

He nearly bit his tongue between his raised teeth, mad that he had the audacity to ask him that, mad that he had to answer with a straight face, mad that he couldn’t make a dash for the academy doors and leave Jon sitting there all by himself because that was what he wanted to do right then. He instead cocked an eyebrow. “I think you’re forgetting something important, Hayseed.”

He stood up with his tray, intent on spending the rest of his lunch period in the bathroom, holed up where nobody would bother him, where Jon wouldn’t think to look for him. That way he could be alone, the one thing Jon promised him he’d never be, the one thing he’d told him again and again he didn’t have to be. Well, right then he wanted to be. He shot Jon a glance over his tray. “They have to want to kiss me, too.” 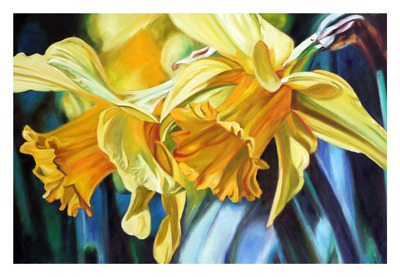 It occurs to me, in a good-mom Talia fic, where Jon has broken Damian’s heart…. nobody else would understand his pain more. I keep alluding to the fact, when I write about this sort of thing, that Damian is falling into the same trap as his mom and falling in love with somebody who could never love him back… but that interaction would be so fun to write.

Talia would never wish that sort of pain on Damian, because she knows it well. In her efforts to help, she’d probably drive him to do some unhealthy things– throw himself into work with his father, remove himself from Jon in the way she never could from Bruce, follow his father and only his father the way she’s only followed hers– but she knows Bruce is a better man to follow.

Not to mention… Bruce would 100% notice Damian acting much more like his mother, and I don’t think he’d like it.

#jondami, #damijon, #Damian Wayne, #Talia al Ghul, #bruce wayne, #jonathan samuel kent, #Damian al Ghul, #don't get me wrong, #in this fic Jon is 100% going to notice too, #and he's not gonna stand for that shit, #but Bruce is absolutely going to notice that something has hurt Damian enough, #to pull back into himself and act more like his mom, #because who else does he have an example to follow when it comes to a broken heart?
41 notes · See All
alecthedevilText

*Damian ranking his brothers from best to worst*

1. “Average.”
2. “A disgraceful idiot.”
3. “Truely pathetic”.
4. “Gross, pathetic, disgraceful, an idiot, disappointment, dishonourable, clumsy, shameful, why was he even robin?, Honestly Father, your standards must have dropped for this one, I am so much better, He’s my absolute least favourite.”

Jason: Hey are you serious?! Not cool Damian, that’s really uncalled for. We’re your brothers you know! … who was the last one?

Marinette stressed and sleep deprived: where is my coffee?

Dick handing her a mug: here, have some tea. It’s good for you.

Marinette swipes the mug off the table: I don’t want your hot leaf water! Coffee!

Dick watching horrified: it’s like we have two Tim’s now.

taking the baby bird on a walk 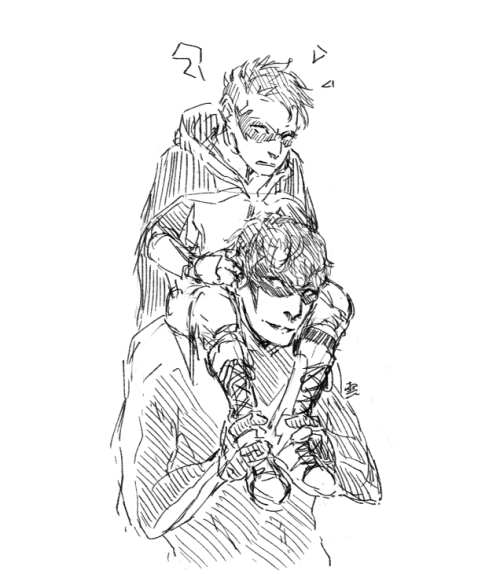 Fast unfinished doodle of Damian getting possessed by the Lazarus Pit’s influence.

you guys know how jon’s full name is jonathan samuel kent, right? so, i think it would be lovely if, for any reason, damian started randomly calling him ‘samuel’ or ‘sam’. maybe to tease him??? maybe when he’s mad??? i don’t know!! i just really wanted to see it happen one day. can’t you imagine jon’s face twitch in pure confusion, like “what the fuck, d?”