— how they react to you being flirty and affectionate

I’m so fucking done with dc thinking that having a few pick me girls as main characters will reverse decades of perversion, fetishization and sexist portrayals of women

#also why does the main character being queer feel off to me?, #like it just seems like a if we're making fun of straight women it's not misogyny, #let dickkory have a wlw daughter who i don't despise, #please, #how are we getting a book about kory being a mom and it's not about mar'i?!, #I am not starfire feels satire and completely in character for dc at the same time, #dc fucked up again, #who's surprised?, #i'm not ok right now, #this is fucking ridiculous, #kory deserves better, #starfire, #dcu, #dickory, #teen titans, #titans
11 notes · See All
luna--aText

Lmao is it a new Starfire comic or a self-insert fanfic because oof, not what we wanted at all sir

Dick’s fingers curl into manacles of flesh and bone around Tim’s slender wrists. It’s as much to keep him still as it is to keep Dick from doing something he’ll regret.

Like trying to tear the facsimile of a smile Tim’s wearing like a mask clean off of him.

Tim arches a regal brow. The expression reads bemused, but only if you aren’t looking for the seams and edges where the pieces are stitched together. The society smile someone taught him when he was far too young meets Alfred’s micro-expression denoting amusement. It works. It’s perfect.

Dick wants to gag with how disgustingly performative it is.

“Tim, you haven’t been home in weeks,” he continues when it becomes evident Tim has no plans to speak. “You’ve lost weight. You’re clearly not sleeping. I can see you favoring your left side, don’t think you’re hiding it. You’re not fine, little brother.”

#Anonymous, #DickTim, #dcu, #d., #req., #These sure do keep getting long
9 notes · See All
orsa-verbaAnswer

you’re one of my midnight thoughts.

Gotham’s skyline dances with glittering neon lights and the quick flicker of moving shadows. Robin, perched atop a water tower, can just pick out the members of his family from afar. The flip that’s all Nightwing flare, the wraith-like flutter of Black Bat’s cape.

At night, Gotham is alive like she can never truly be in daylight. All her worst secrets crawl from the gutters while her defenders take to the sky. If you know how to look, there’s a rainbow painted in bats and birds across the midnight sky. Tonight, it’s a little duller than usual.

There’s no scarlet splashed along the spectrum of colors; Red Robin is nowhere to be found.

Robin feels his absence like an itch under his skin, feels foolish for it, but doesn’t bother trying to scratch it out. He’s adjusted to the mournful beast named yearning which has made its home in his chest. It’s quieter when Red Robin is home, but when he’s away, it makes a nest of Robin’s lungs and gnaws on his heart for sustenance.

( One day the yearning is going to get too big for his rib cage and come bursting forth, become something unquenchable and uncontrollable. He knows it will, because it feels the same as he does these days, putting on the Robin suit. Like the seams are straining and there’s something raw tearing at the underneath. )

He puts Red Robin from his mind and launches from the water tower, swinging between buildings in pursuit of his father’s shadow.

All too soon, Robin returns to the Cave to roost and peels back his red-green-yellow skin and becomes Damian again. 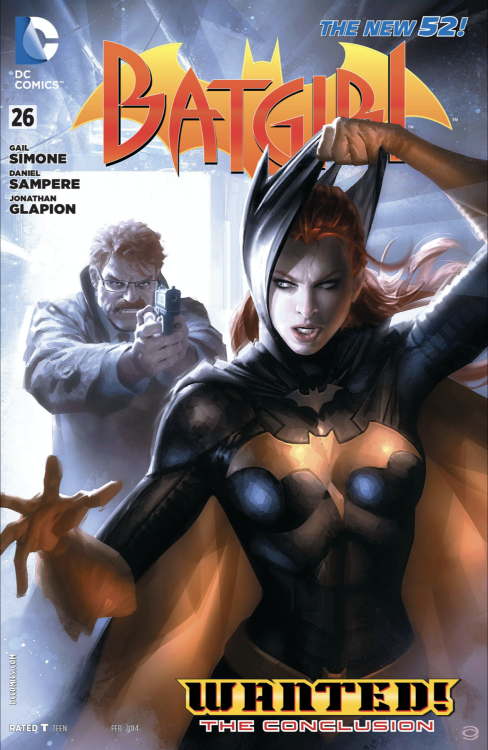 IMAGINE: JASON HAVING A SOFT SPOT FOR YOU.

“Oh, shit,” Jason quickly lowers his staff, rushing to your side after accidentally striking your side a little harder than he intended. You double over, wincing slightly, and Jason apologises, “I didn’t mean to hurt you.”

“It’s okay, Jason, I should’ve dodged it.” you laugh, waving your hand, rolling back your shoulders. The two of you were in the middle of training, but you feel as though Jason is always quick to stop whenever he hurts you even in the slightest. You can still see the concern in Jason’s face, and you insist, “Really, I’m fine.”

From the side, Gar points out, “I think you’re going easy on y/n, honestly.”

Jason turns to shoot Gar a look, suddenly getting flustered upon being exposed. In truth, Jason is going easy on you — he has such a soft spot for you, he can’t bring himself to hurt you. 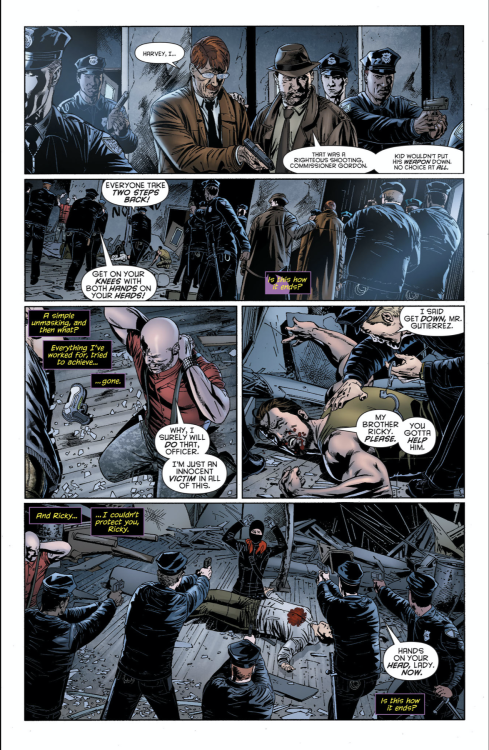 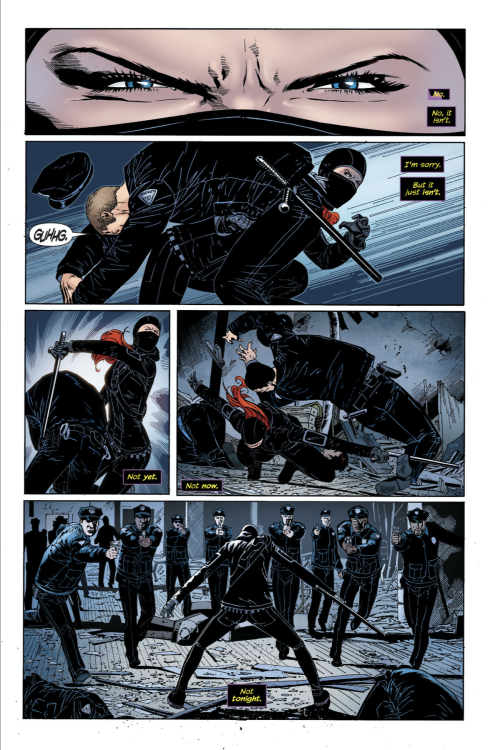 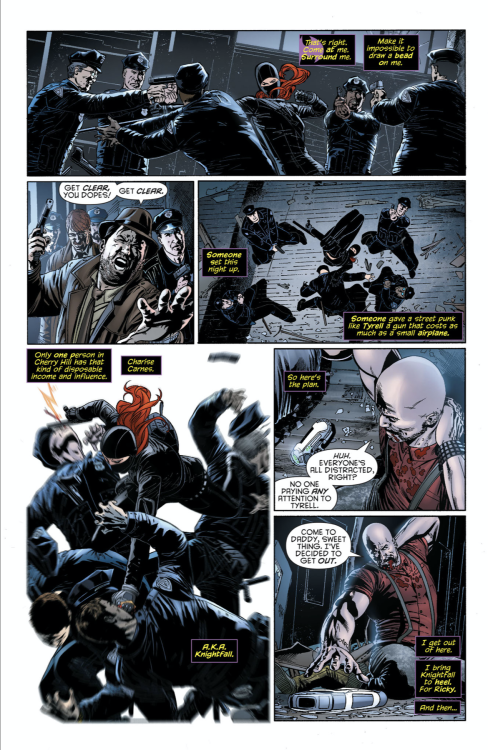 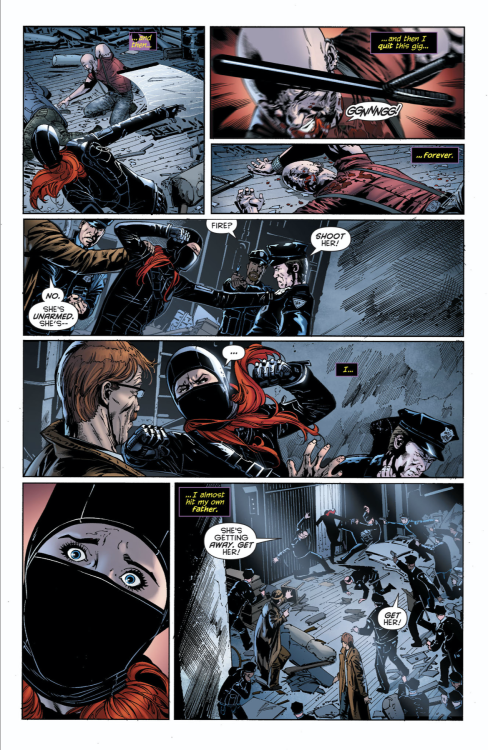 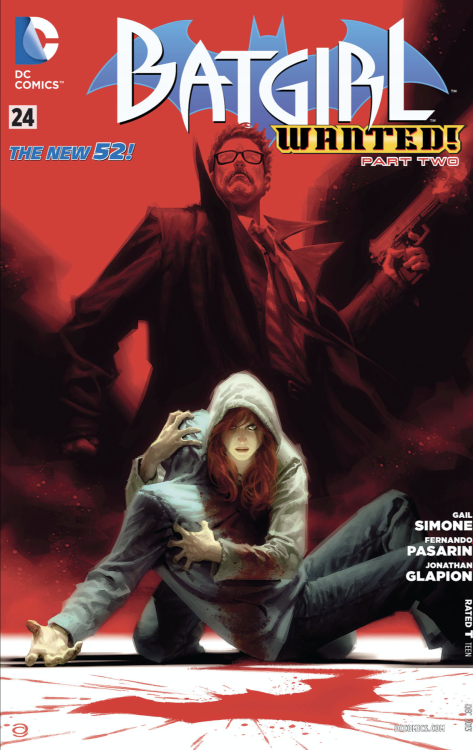 a very happy birthday to a very important boy

Summary: Stella and Dick have lunch. Stella runs into a little trouble, but someone unexpected shows up.

Jason: *pulls out a gun*

Jason: *pulls out another gun* I’ve got one for each of you

Helena’s kind of on the fluffy side, and she’s a “ghost tabby”- a cat that looks black but actually has tabby stripes and spots. Rather pleased with how she turned out! 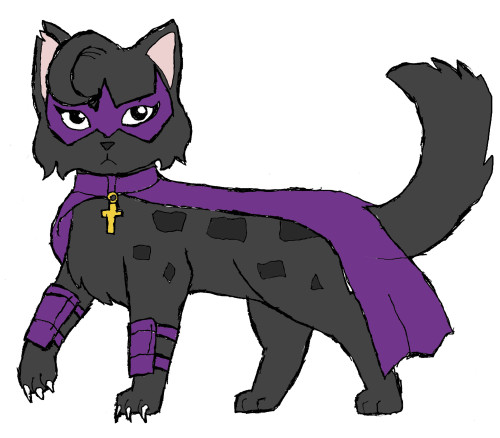 I HAVE JASON TAGGED MORE THAN DICK??? PREPOSTEROUS. GOTTA GO ON A DICK REBLOGGING SPREE NOW 😤😤😤

I’m starting a new story on Wattpad, I know. Why? BECUASE I CAN. Anyway, here are some art for it.

Shattered minds, Fixed only by Love

Try and find it, you won’t. No bxlls.

Yes, I am still working on that fic, alongside my other WIPs. Oh, I’m glad you enjoyed reading the fic! I am still a bit surprise that someone wanted to even read it, especially when the fic only have pairings that are rare and doesn’t even include the boys who are often paired with Raven.

As for the next chapter, I know that it takes me a long time to update. The problem with me is I still have difficult time conveying my ideas into words. Even writing 2k words take me an entire day to finish if I’m not doing anything else. The other thing is that My attention is also spread over multiple things at the same time. The state of my google docs mostly have the chapters of my fics that are slowly getting filled bit by bit. (like one fic is 25% finish, the other 75% or something like that.) The progress might be really slow but I’m getting there.

Thank you for reaching out to me! I really do appreciate it.

Jim Lee Christmas gift recommendations,mini-version of Batman for $95.00 at DCDIRECT.