Here’s my second round~ made for all my nerdy friends! Hope y’all enjoy~

20+ x-men au. Most muses are available just send an ask (off anon) or a message saying you’d like to reserve a character and we’ll make note of it! Reserves last a week from the day you ask!

The battle against the League of Villains and the Pro Heroes had finally come. This was the aftermath.

Who had the better fight in My Hero Academia season 4?

Or Endeavour vs The Highend Nomu?

I need someone to play with lol

- So you made him a little account on your switch and now you both live happily on the island together!

- Which made him mad

- One time, he actually took the switch away from you, hid it, then angrily cuddled you on your bed while you complained

- So you both agree to cuddle while you play

- Because he sees you play it a lot, he’ll ask about it

- And is a little shocked when you let him play

- He doesn’t really get it at first, but you help guide him through it

- He asks why the Tanuki wants his money

- Because he’s paying to live in a tent? What?

- Overall, I think he enjoys it and will often ask if you guys can play together when you have time off

- It becomes a couple night routine

Other than that it’s pure fluff

The final bell of the day finally rang, a sigh of relief escaped your lips, you were tired, dead tired. “Hey y/n, Deku, Iida and I are hanging out in Deku’s dorm later, wanna join us?” Uraraka questioned with an excited gleam in her eye “Deku wanted me to ask you” you felt your face heat up just slightly at her words “s-sure!” you spoke, trying your best to ignore the heat in your now red cheeks “Ok see'ya then!” Uraraka spoke with a smile, walking off not long after. Once you got back to your dorm, you changed in to a black tank top and some grey sweats. Looking your self up and down in the mirror, you smiled “Not bad y/n"you spoke aloud do your self, a knock on your dorms door took you out of your trance "Y/N you ready?” Uraraka spoke from the other side of the door “Yep” you said opening it to see her happy expression. Once you both got to Deku’s dorm you could hear him and Iida talking from inside “How am I gonna survive this"Deku spoke from inside, Uraraka quickly opened the door "Survive what?"You questioned suprising both of the boys, even making Deku jump a bit. "O-Oh! Nothing!” he spoke with a nervous laugh leaving the room in silence “Well… who wants to try to beat me in super smash!” Iida spoke confidentally imeaditly breaking the awkwardness in the room “Oh I’m going to destroy your ass!” You semi-shouted not realising your volume, you could have sworn you saw a slight blush rise to Deku’s cheeks. After a few hours of laughter and games Iida and Uraraka both conviently headed back to their dorms at the same time leaving you and Deku alone “So do you wanna sleep here or..?” Deku trailed off his face becoming rosie red “Oh! uh Sure I can set up a pallet on the floor or som-” you got cut off “Oh no it’s fine w-we can share the bed if you want"Deku spoke getting quieter as he realised his words "ok y/n time to get confident” you thought to yourself “sure!” you spoke with a small nod, a smile on your lips. Once you were both in the bed you shifted to face Deku, you made eye contact causing heat to rise to your face, you had never seen his eyes so close up before,they were beautiful, almost like emeralds “Uhh y/n"Deku spoke up snapping you back into reality, god…. you were staring at him weren’t you, "You alright?” he questioned “Y-yeah just.. tired” shit you hesitated.. well I guess now is a better time than ever to tell him how you really feel,“Hey deku?” you whispered getting his attention “I really, really like you and I’ve been wanting to tell you for a pretty long time and I just figured why not now” you couldn’t look him in the eye even after you finished talking, this is untill you felt his hand carefully caress your face and him kissing your lips a small squeak of suprise left your lips but you soon relaxed into the kiss, his lips were so much softer than you had imagined them being, you were both knew to this kind of stuff but for the both of you it was perfect. You both pulled away from the kiss, Deku had a huge grin on his face “I um.. I like you to” his eyes met yours, a smile spreading across your face, you quickly pressed your lips to his, giving him a goodnight kiss, he nuzzled his head into the crook of your neck wrapping his arms around you, you carefully swung your arm over his waist, burrying your face into his green locks, you both fell asleep soon after. 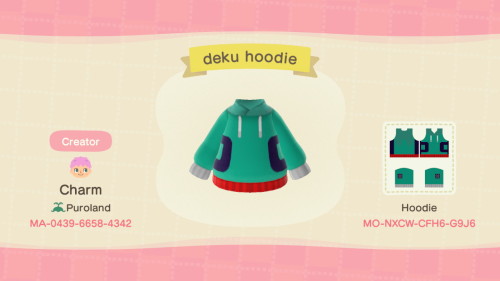 alright but who would wins the fanboy wars?

Mr. stealing Nighteye’s all might merch after he died or the chicken that got his his face burnt of too look like his idol?

a redraw of an old bnha thing

i like todoroki’s a lot !!! def improvement though, especially since these took like a third of the time as the originals 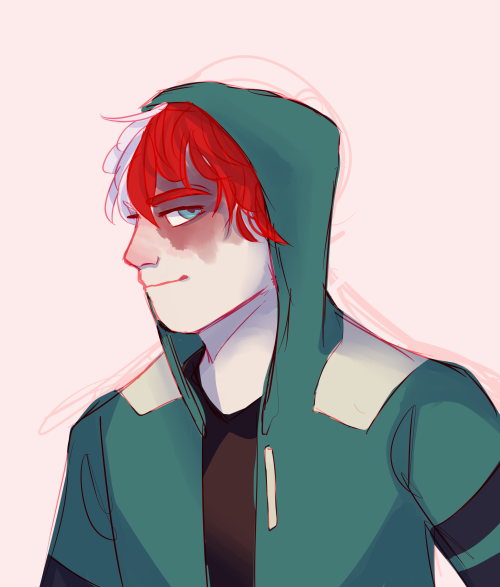 What would your muse do if in a society pitted against them? How would they interact with those who are usually their friends? Those in other classes? Or even villains? i got the blood smiling team <.< 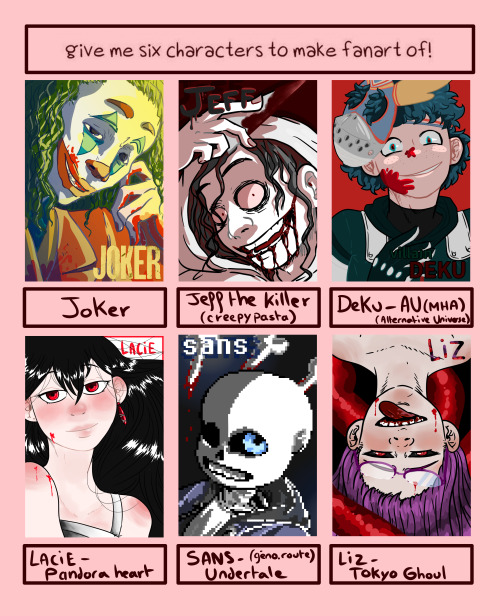 A boy who won’t admit his feelings,

and a boy who admitted theirs…

the dekusquad during online schooling

Midoriya: training as much as possible and barely getting by with his school work

Iida: is a week ahead of the class and is helping uraraka with her training

Uraraka: is on top of her classes and training with iida as an excuse to hang out and get free food

Asui: ahead of the class because she has to help her siblings with their classes, isnt training as much as she should

Todoroki: is almost two weeks ahead at this point and has to train with his dad