I didn’t notice as a kids beacuse I wasn’t trained to notice race or even minutiae details until I grow older, but all races but Asian in American Dragon Jake Long have white scleras and the asians have like tan or no scleras.

I first thought maybe it was like a dragon thing because their dad had white scleras but all asian characters that I could find in the show lacked the white pigment. And every other race including Black and Latinos had white ones.

Not a big thing and I hope they don’t try to cancel it like they have been doing with things like Aunt Jemima, Mr Potato Head, and Dr Seuss.

This show was awesome and there wasn’t a lot of asians animated or not in most shows on Disney. Plus I love Jake and his group. All the characters on there were awesome.

But they changed character drawings or artwork in the second season and I never got changed. Just something weird.

But I lived this era of tv in disney. Clean, fun, not a lot of political drama added to the shows. It was nice.

Jun Park and all of jakes family and grandpas’s ex fling all had no white scleras.

On January 15th, the Marvel Cinematic Universe expanded even further beyond the boundaries of the silver screen as WandaVision arrived on Disney+. In the weeks and months ahead, Marvel Studios will continue to supplement its movie output with episodic shows focusing on characters new and old, but we’re still not sure how many of those TV shows will last for multiple seasons. In all likelihood,…

Yup, at least in America. In The Netherlands it’s 21.99 euros (26.51 dollars). Which isn’t that bad, it’s roughly two theater tickets. But personally, I’m not gonna pay it and just wait the three months when it becomes available for no extra costs.

What everyone else sees:

Why is it so catchy!?!? And when she went “And I killed sparky too!” I gasped!

the last skywalker can quite easily return, hire me disney. 🤓🦋

ALL YOU DO IS LIE

The Mystery Unfolds Now On Disney+

The Mystery Unfolds Now On Disney+

The Secrets of Sulpher Springs is now unfolding on Disney+ and is the best new family mystery around!!
This family mystery binge-worthy show has recently been added to Disney+ so whether you have been following along or just discovering it now, the mystery is waiting for you!!
What Is This Family Mystery All About?
The Disney show takes place in a beautiful but rundown Inn – The Tremont – in a…

Disney’s live-action Pinocchio, which will be directed by Robert Zemeckis will begin production in the United Kingdom this month. Joseph Gordon-Levitt will be the voice of the character Jiminy Cricket and Cynthia Erivo will play the role of the Blue Fairy.

Seen this on Variety website. Though it was really good!

The 9 Biggest Burning Questions Ahead of Friday’s WandaVision Finale

Enjoy Dinner and a Movie with Raddish Kids & Raya and the Last Dragon!

Dinner and a Movie with Raddish Kids & Raya and the Last Dragon! → https://hellosubscription.com/2021/03/dinner-and-a-movie-with-raddish-kids-raya-and-the-last-dragon/

Remember the candy store owner in “Boo”? He’s the one who offers Fi, Jack, and Carey treats and is confused when Jack mentions Halloween.

He’s credited as “Candy Man” and is played by actor David Thomson, who was in The X-Files. But that’s not why I’m featuring him in this post. Did you catch the name of his shop?

It’s a bit difficult to read. But it looks like,

The Finest In Candies, Sweets, and Chocolate”

“Astle” should sound familiar. The name is on every So Weird episode.

I love her and I can’t stop thinking about her 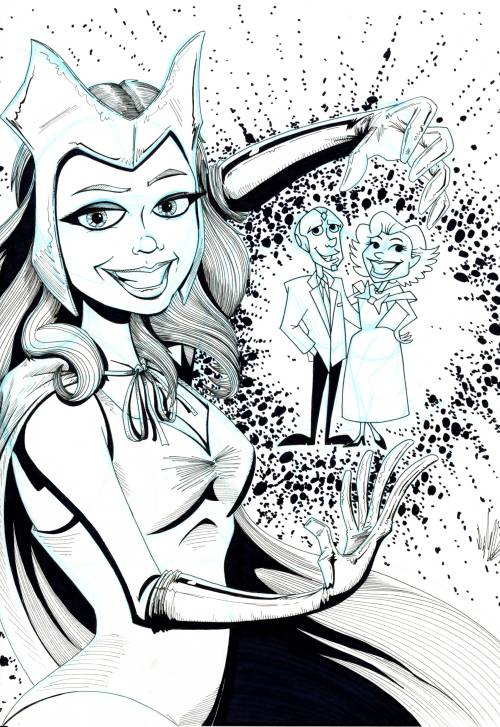