If Soren grows a full beard in future seasons I might actually cry.

That scruff is just too adorable.

If Callum and Rayla do end up together endgame. Will their kid have 10 fingers? 8 fingers? Or Nine Fingers?

#raylum, #I am curious, #dragon prince, #yes I ship it
65 notes · See All
blackaquokatText

My brain: You know, a Modern Fantasy Detective Procedural Dragon Prince AU would be a fun project–

Me, who has currently five unfinished writing projects: *grabs broom like sword* BACK DEMON, BACK 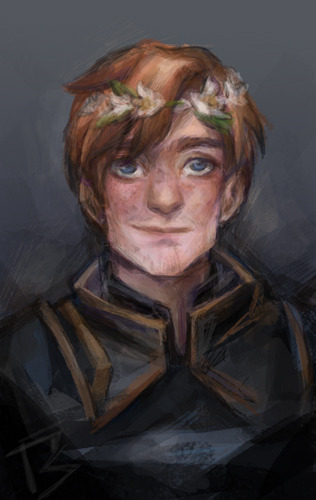 For the Cartoon House arc in “Anime House 5″, I want Aang, early-2000s era Teen Titans Robin, and Ben 10 to team up with Korra and Huey and Riley from the Boondocks in their plan to storm Anime House. Maybe also recruit the gang from Code Lyoko, that’d be rad.

By the way, if y’all haven’t watched it yet, go watch RDCWorld1′s Anime House series. It’s legitimately one of the best youtube series out right now.

EDIT: Oh, Dragon Prince! Forgot about that series. Add Callum to the list of potential recruits.

#reply to this if you want an invite, #dragon prince
0 notes · See All
lettersfromxadiaText

Lujanne and Ellis’s indigenous coding is very important and, I think, often overlooked by the fandom.

Lujanne protects sacred lands and culture from humans— a clear metaphor to Native American preservation and colonialism. She is trying to preserve history and keep this ancient culture alive.

Ellis is designed overtly Inuit, and her story not only revolves around a connection to an animal/ saving said animal, but an upbringing in a small village. There’s also the image of Ellis walking up the Caldera and seeing “monsters” which look like the Aurora Borealis in the sky.

They are so beautiful, and their indigenous heritage is not only part of what allows them to bond, but important to their characterization and their relationship to the world.

Callum: Are you a cuddler?

Rayla: I AM A MACHINE OF DEATH AND DESTRUCT- yeah I’m a cuddler

“I sobbed over Avatar. There’s no way I’ll sob over another show like it.” - I said before meeting Runaan’s husband

I need you bitches to make me write.

#JUST TELL ME WHAT YOU WANT, #I WANT TO WRITE BUT LITERALLY NO ONE SEES IT AND ITS DEMOTIVATING, #Nodrian and kaider are favs but idc, #like bro, #otp requests, #renegades, #tlc, #alta, #hp, #angie thomas books, #illuminae flies, #dragon prince, #rainbow rowell, #ill literally write any fandom at this point, #if its pg, #and like if im comfortable with the ship (nothing like underage/overage werid shit yalike)
5 notes · See All
lettersfromxadiaText

That being said– if anyhting happens to that girl I will personally find the writer who proposed the idea. With my bow. 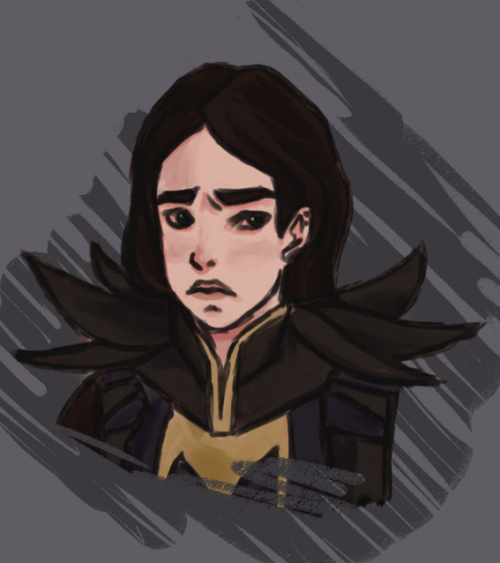 I would like to personally thank Ezran, King of Katolis, for representing us short folks.

I know, I know— he’s a kid and probably going to grow. Doesn’t mean my 4’10 soul isn’t fulfilled.

Tagged by @the-nameless-human200 to say my favorite female characters! (Thanks)

1. General Amaya from The Dragon Prince

3. Scorpia from She-ra and The Princesses of Power

7. Inej from Six of Crows

8. Kipo from Kipo: Age of The Wonderbeasts

9. Katara from Avatar: The Last Airbender

Thanks for including me!

I have a secret,

To have six chapters

And it will be

If I do say so myself

I have to say, I did NOT expect to suddenly come out of S3 with this many feelings over Runaan and his amazing husband Ethari that we get exactly one couple scene of but HERE I AM, LET THEM BE REUNITED SHOOOOOW!!!!

Callum’s visual transformation is one of my favorite parts of season 3. It’s not only a beautiful, visual indication of his character arc– coming into his confidence and his identity (where he still has a long way to go), it is also very important in the use of the color red.

In The Dragon Prince, red symbolizes the royal family of Katolis. Harrow wears it as his primary color, as does Ezran.

And it is the main color of the kingdom of Katolis itself.

Callum, however, does not wear it (neither does Sarai, but that is a whole other conversation). For most of the series, his primary color is blue.

His relationship to Harrow and his royal status is symbolized in these coloring choices.

Then, the end of season 3 comes, and Callum ends up losing the jacket. It’s symbolic of his character arc, as stated above. However, it is also incredibly important in regards to red symbolism in the series, as it changes Callum’s primary color from blue to red.

Now, Callum wears the color red promininetly and proudly. The color– or, in other worlds, his royal status– is front an center in his visual design.

It’s a small detail/ change in character design, but it symbolizez a lot. And I am so excited about what it promises, as well as where Callum’s character will go in the future.