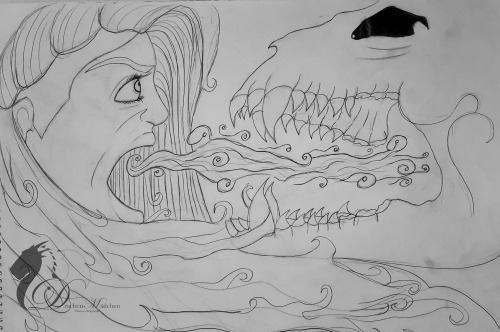 The queen has fallen. Persephone, Goddess of Spring, Queen of the Underworld has died. Like Pan, there is no trace of her, no one knows how, but everyone feels the wrath of her Husband. If she can be killed, who is next? What will become of the world as we know it? Where is safe?

There is a new Shadowy Figure going around, recruiting mortals in his cause against the gods. Using means that are yet unknown, he is giving them the power to kill deities while he is in their presence.

However, this power comes with a terrible cost. The Curse of Orcus is still not fully understood, but seems to have a lot of dark side effects like light sensitivity, lack of impulse control, heightened emotions, and defective magic. What could these side effects mean? Will they get worse, or progress to another stage?

These characters will be heavily tied into the coming site plot, and whether they are delivered from their curse or proceed to the next stage depends entirely on the actions your character takes.

Check out our Tumblr or Dream of a Shadow; What will your place in the story be? 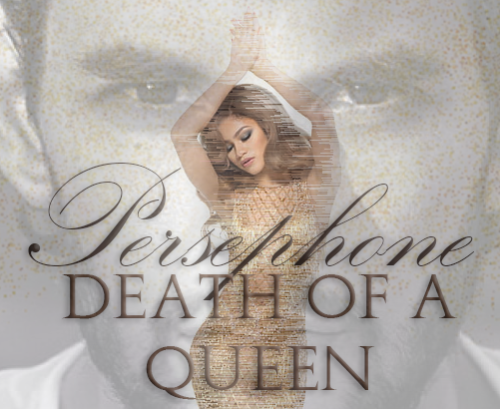 After walking around and poking her nose into practically every crevice, Amnesia eventually settled for sitting on the stone railing that lined the mini-cliff. She sat with her legs crossed underneath her, her back to the precipice—and her home—and though she spoke with her friend, her eyes often drifted to the massive structure behind him. It wasn’t like the forest, but it wasn’t anything like the Strange Wood either. There were similarities, but it was much, much bigger and full of all number of little holes that she often peered into. She couldn’t even think of a name for it… The Strange Wood wasn’t made of trees, but it was a little like a forest all to itself with its own ecosystem. This was a different beast entirely, one she’d avoided going into despite how close she’d come in her infrequent visits to see James.

Amnesia leaned forward, propping her arms on her legs as her aquiline eyes dipped back towards James once more. “But how do you not get lost in there? It looks like a holey cave! With the woods, there’s a connection. You just know where to go. The trees and the wind tell you. From here though, I can barely feel the connection.” She glanced back over her shoulder where she could faintly make out the forest’s silhouette in the distance, then turned once more to the school. “You said there’s no trees or anything in there. How’re you supposed to know where to go?”

Doodles from the Ocean’s Heart campaign 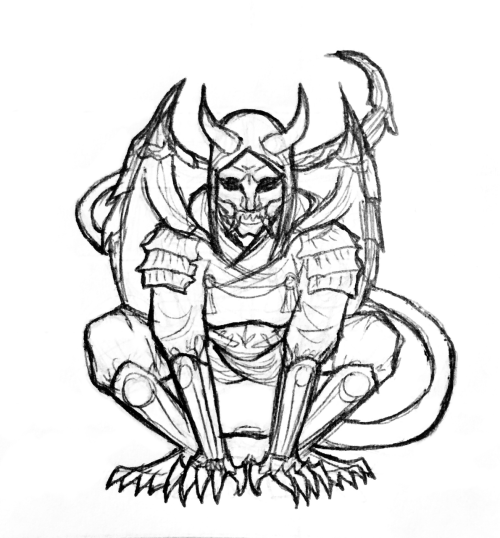 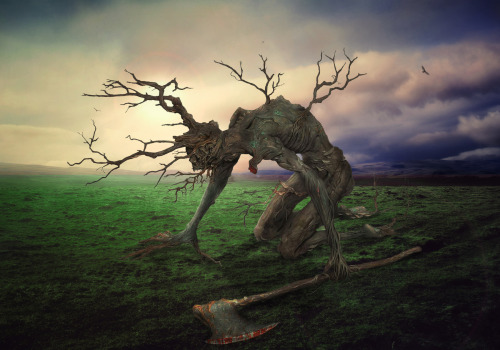 Those fairy bitches wanna come for my crown, well… I’ll shove it up their fucking eggholes.
The Magicians | S03E07: Poached Eggs (2018)

The Fillorians didn’t really get it, they thought High King Eliot and Queen Janet hated each other, but the truth was that in Quentin’s absence Janet had become his principal confidante.
The Magician’s Land (The Magicians, #3) by Lev Grossman

Missy, have have you been doing the past year or so??

I am pleased to tell you that I am doing card art for a game called the 4 Clans! I am super excited about this, and I believe I have done art for 50+ cards and counting!

I am also working on my own monster deck, which will feature my OC Big Boss and other critters like him! That one will be more slow going , since I am working on the side.

Above is featured some of my cards approved and waiting to be printed! These are just a few of some of my faves! But the Arachnokraken has a special place in my heart, as well as the robot!

Some of them will feature some of my dnd characters as well as my friends, along with a reoccurring group of unfortunate knights. You can get a peek of one up top with Weird Webby!

Also been working on commissions, getting stickers printed up to be ready for cons when they start back up, and have been doing logo work! One for a butterscotch moonshine brewery!

Just wanted to share a lil bit of the cards since I got 50+ that I haven’t got to show you guys.

I will let you know when they appear in public! 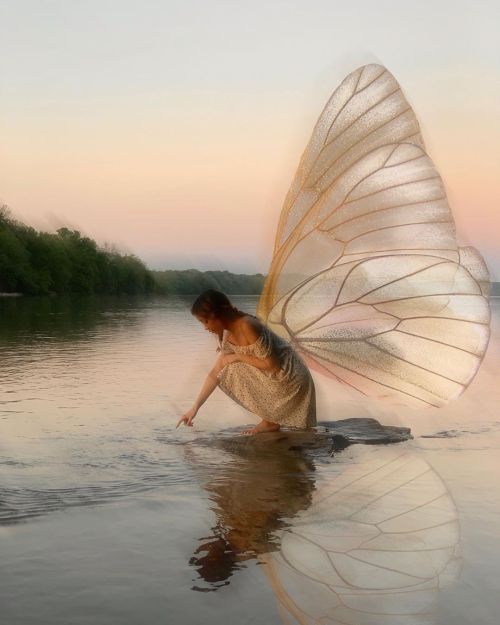 My oil painting on canvas 70*100 cm with some digital touch. I created this painting with the possibility to turn the canvas upside down and it’s still be good for a viewing.

Getting into drawing more dragons! This one’s inspired by banana split sundaes.

Available as a design on my Redbubble! 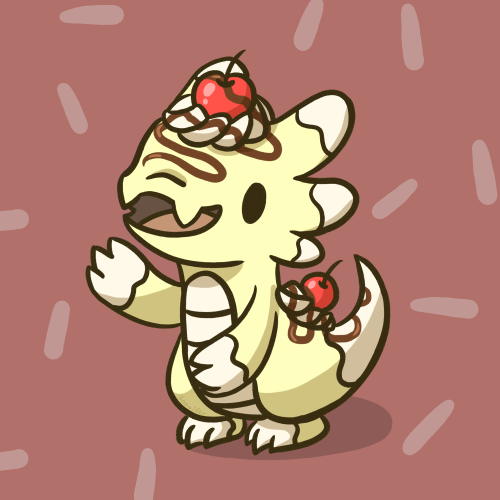 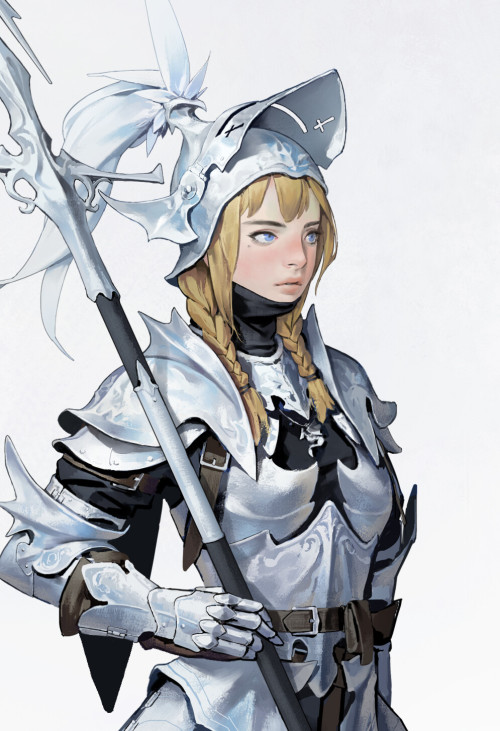 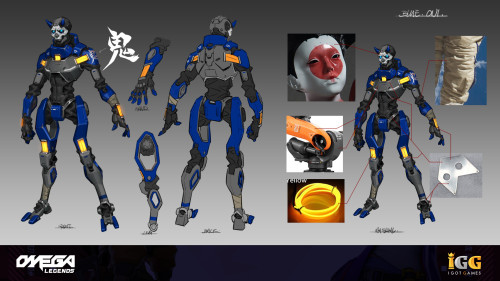 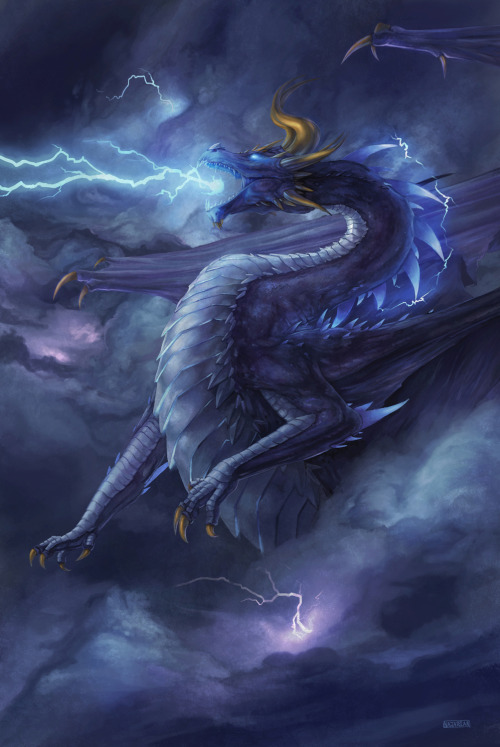