I’ve noticed online that some people are confused as to the gender of Pinkie Pie and Cheese Sandwich’s kid Li’l Cheese, and I am good with which ever(Also there have been mixed messages) but just incase this finds someone who doesn’t know "Big" Jim Miller, who is one of the storyboard artist/supervisor and co-director for My Little Pony Friendship is Magic, has the following to say, plus the official wiki page: 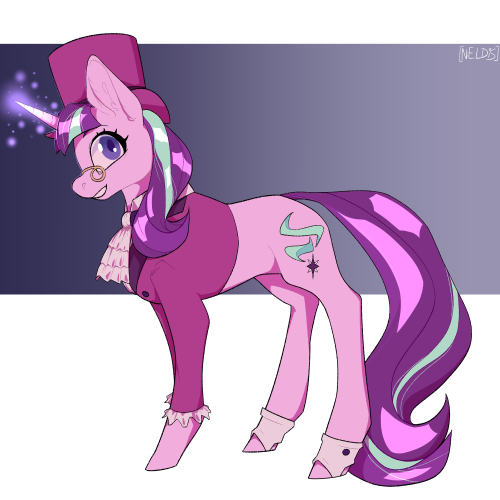 That Cute Trixie Scene by SymbianL 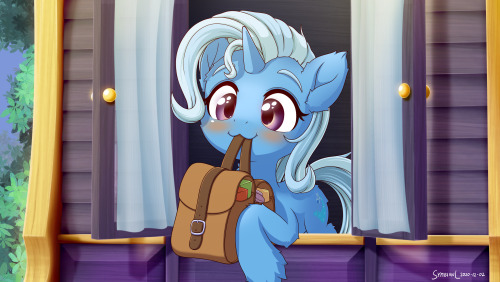 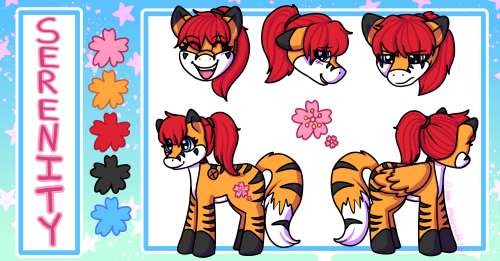 I didn’t draw that. That is a commission I paid for

This is heavily biased and will only include canon couples from the tv show, not the comics or Equestria Girls, or parents of main characters, they will get there own list. Also almost none of these couples are bad despite what I rank them and truthfully half of these tied for first.

I see nothing truly wrong with these two ponies, the reason they are so low is Fancy Pants doesn’t really acknowledge his special somepony/wife. Making me feel that this relationship might not be 100% the heathiest, however they have such a limited appearance that I could be wrong and they might be in a mutually loving relationship.

I think they’re fine, and there child Li'l Cheese is adorable, however before the final I never got romantic vibes off of these two, just friendship, but they seem happily married now so they’re ok in my books.

They are so cute, and I loved this episode for introducing the hard topic of divorce (or maybe parental death in which Applejack’s parents were the first, but I personally think it was divorce.), your parent finding someone new, and that someone new trying to bond with the kid. We don’t see to much of these two  as a couple this episode as its more about the future step daughter and her relationship with Quibble Pants, but the part we do see they so clearly care about each other and make each other happy and he thinks she’s the best mare in the world(and he’s met Daring Do.)

Just like Pinkie, I didn’t like Mudbriar at first, I didn’t think Maud needed a boyfriend, but he grew on me and he clearly loves Maud and they make each other whole in a way I didn’t know was needed. (That and the innuendos in later episodes, that was unexpected and it made me laugh.)

When I first heard in the non-canon novel that Scootaloo stays with her aunts, and that the aunts may not be sisters I was over joyed, but I never thought it would go any further, than they appeared in the comics, and than in an episode dedicated to finally showing viewers Scootaloo’s living situation we met the two parental couples in her live, her horrible parents and her amazing gay aunts. These two don’t get much screen time, but there love is seem when they joke with each other and at the end when they are supporting each other and are hoof-in-hoof, I love them and my Gay heart wants to put them on top but there are more who deserve that spot.

We don’t see much of these two doing romantic things, but that’s because they are almost always seen lovingly raising there geneticly impossible kids together. They are always seen by the others side and they always seem to know what the other is thinking. The reason they aren’t on the parents list is because Pumpkin and Pound aren’t main character, in fact they have no lines.

MY BISEXUAL HEART!!! When they were given a truly proper introduction in Slice of Life I found that best friend didn’t fit what they were saying, they acted as a married couple, and as the show continued that was what they would become. They went from often being seen together, to the slice of life, to always being seen each other, to there dream selves being physically connected, to unmistakably being on several dates, to there engagement, to the little wedding photo, and than in the final being an old lesbian couple. They are the second of two confirmed LGBT couples on the main show and I wish they could be higher.

You couldn’t watch A Friend in Deed or Slice of Life without routing for these two loving Donkeys in the end. HE SPENT HALF HIS LIFE TRAVELING THE WORLD LOOKING FOR HER AND SHE WAS STILL SINGLE PRACTICALLY WAITING FOR HIM AND SLICE OF LIFE IS JUST SO GOOD!!!!!!

I used to ship Big Mac with Cheerilee, so when Sugar Belle turned into a love interest for Mac I was upset, but as there relationship continued, and Mac started opening up in ways only Drag had done before, I realized how sweet these two are together and there love is apparent from the very beginning, there future son Big Sugar is almost as cute as Li’l Cheese. There is only one other couple that outshines these two and if you haven’t guessed yet you haven’t watched My Little Pony: Friendship is Magic.

There love has saved the world at least three times, once from the Changlings, a second time when Cadance collapsed it was Shining Armor’s love that gave her the strength to redo her shield spell, giving Twilight more time(He than later flung her at the crystal heart but that’s less love and more teamwork.) And than there love made Fluffy Heart and she also saved the Crystal Empire. There love for each other shone through even when they weren’t in scenes together and my favourite moment of them is when they supported each other as Cadance tried to keep the Crystal Empire safe from Sombra.

okay so i first watched this at like 12 AM when i was procrastinating on a research paper and it kills me how Adagio just. dropped some lowkey inspirational life advice but then Sonata turns it into a roast and they all mean-girl-laugh about it??? like we haven’t seen the Dazzlings in a few years and they come back to be life coaches who laugh at Sunset and then just. drive off. i love this tbh

Yona: *rolls her eyes* Silverstream is friend. She not cast spell on friends.

Sandbar: You’ve clearly not seen how unlucky Silver’s rolls have been when it comes to… collateral damage…

Silverstream: *pokes her tongue out* Well you should’ve put something towards magic armour then! Like Ocellus did!

Smolder: I don’t think we should be building our character sheets on the assumption our party members will be dealing more damage to us than the opponent though…

Ocellus: *deadpans* You’d think. But after so many campaigns, I’ve learned my lesson. 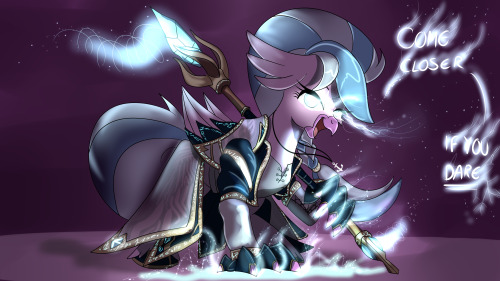 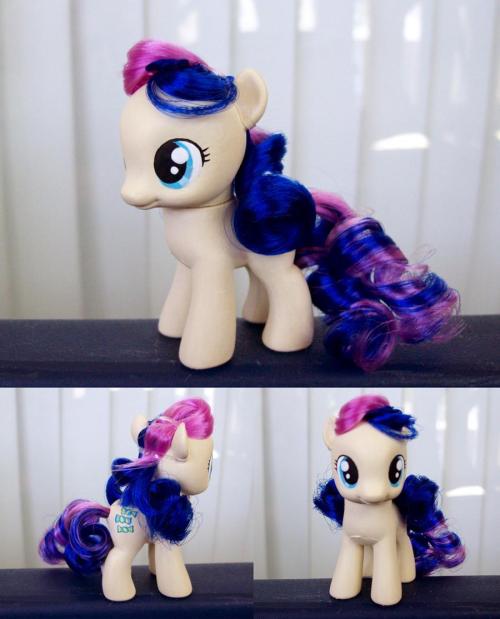 i made an mlp oc i’ll never use fkjhfhg 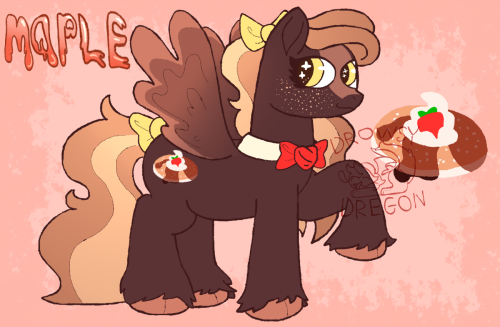 Moonlight Hope (Aguri Yukimura) has already found what embarrassing and perverted stuff Koro-sensei did all over the year. 😂

Here is one of my “Assassination Is Magic” AU (which is my Assassination Classroom/My Little Pony:FiM crossover universe).

Base is used for this, credits to the one who made them (I forgot the names, so tell me if you own it to credit you.) 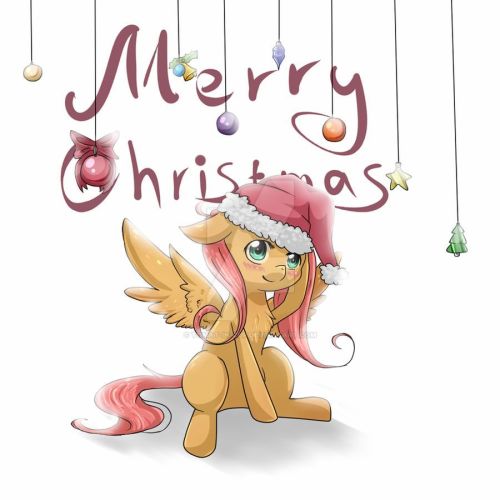 We will be spared Silver Mirror’s fury… this time. 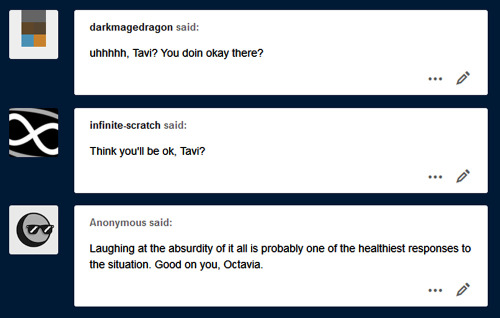 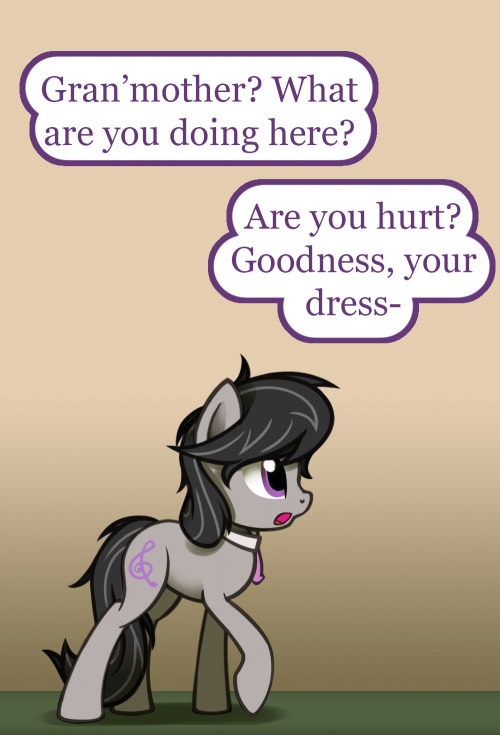 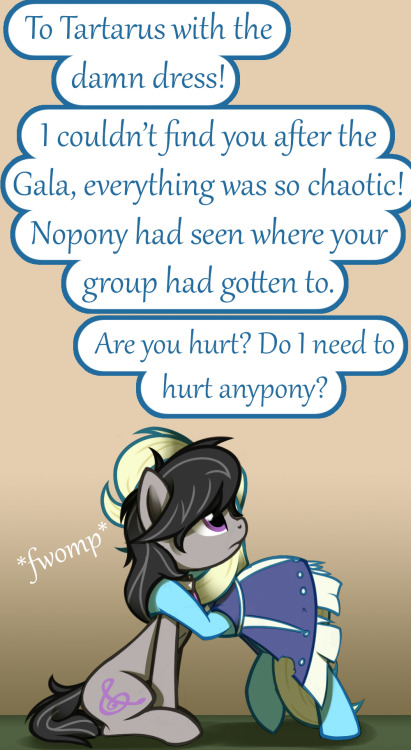 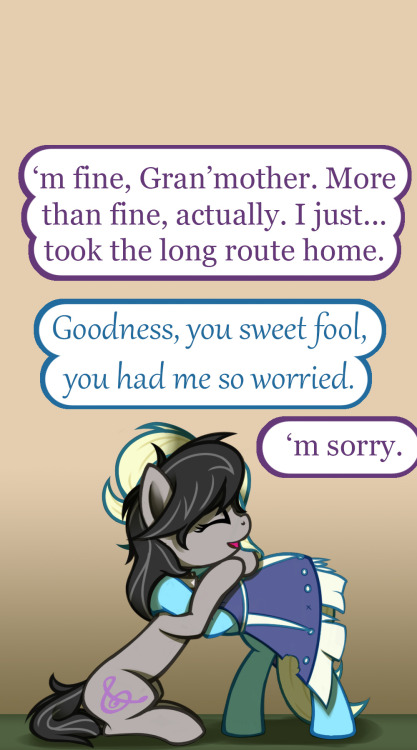 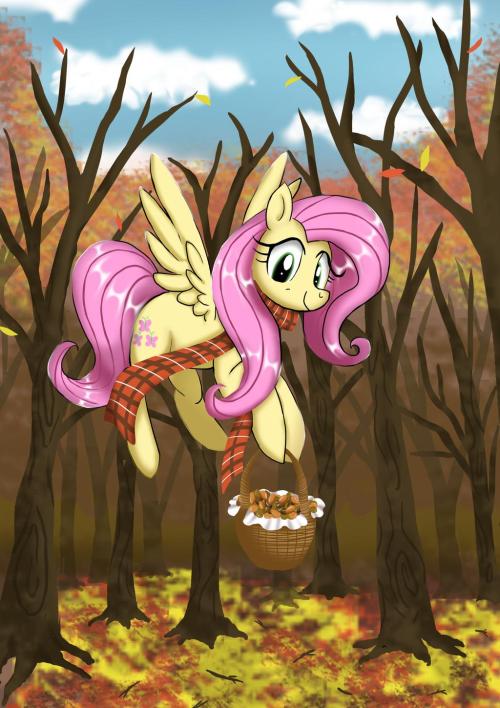 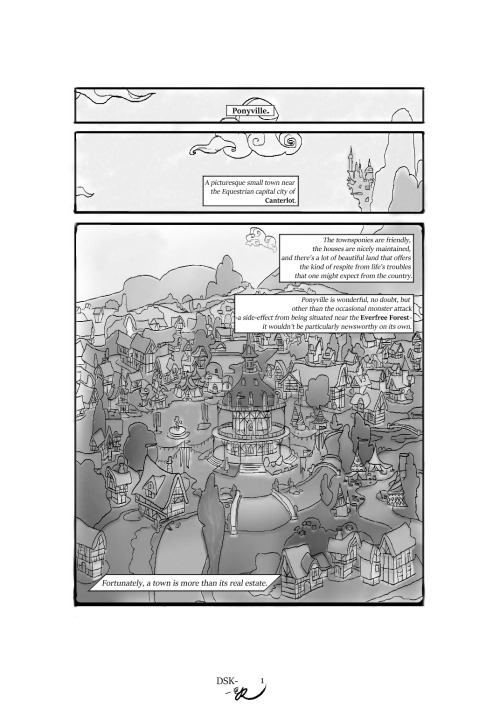 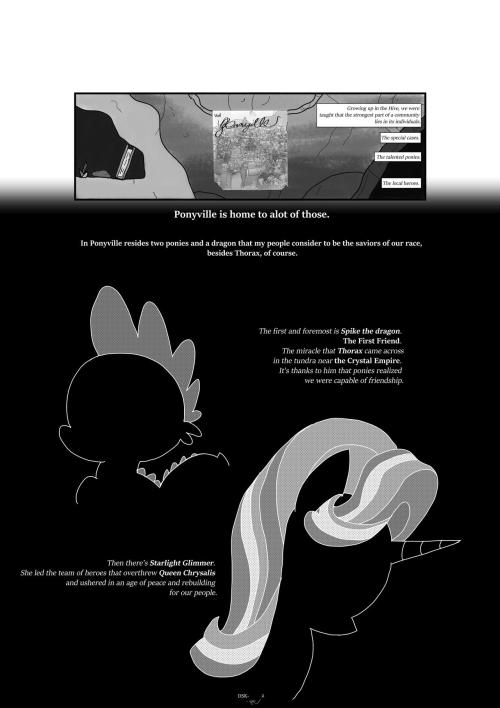 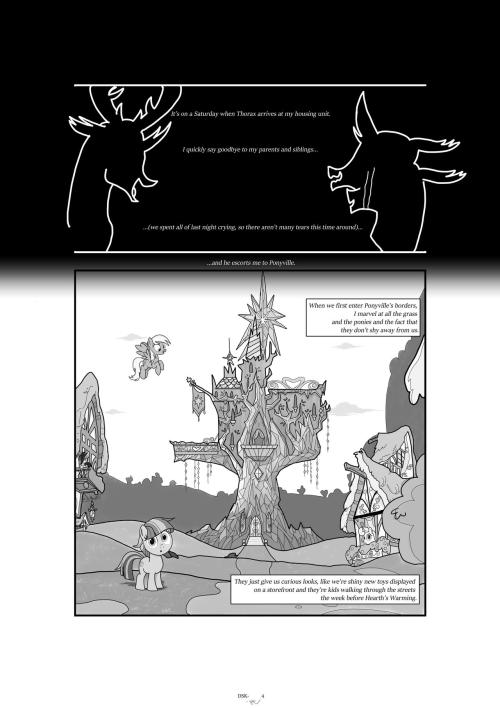 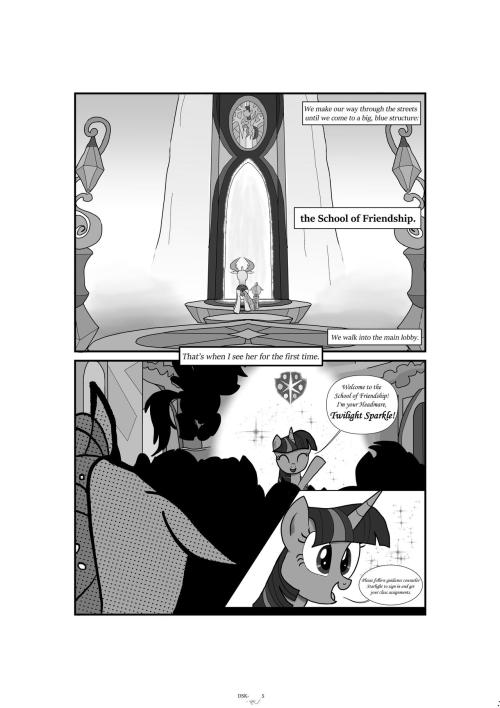 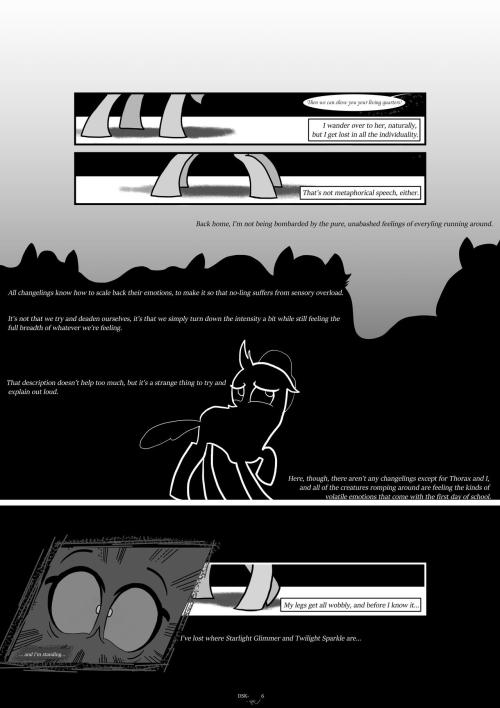 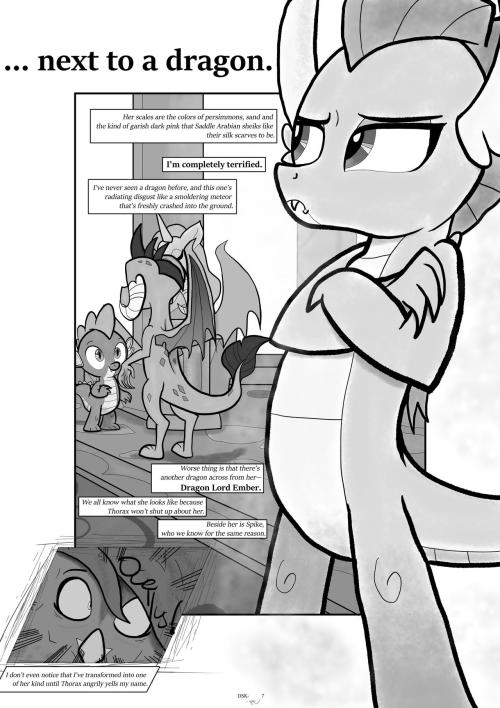 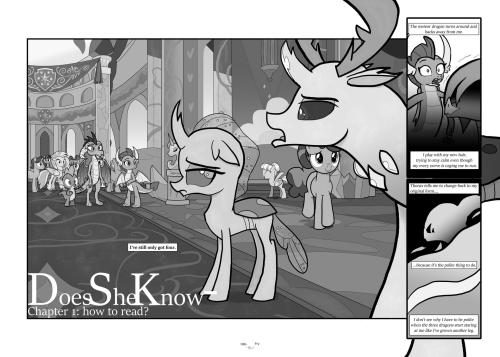