Video Edit Number 3! Sofia Falcone is one of my friend’s favorite characters, so I did one for her. I hope she likes it .: )

How Plugs in Gotham Be 4

God, I want Alfred to be my dad

Damian at some point in his life:

Ed: You always get flustered when Jules shows up

Oswald: *rolls his eyes* I do not!

Jules: *walks by and smiles* Hey Os and Ed!

Ed: *grinning* You were saying?

“I was willing to look death in the face, to allow the old me to die.”

Jules: *rolling her eyes* I MEAN YOUR BLOOD TYPE, DUMMY

i am simply Vibing ✨

#.rambles, #.penguin, #the last one. UGH, #i love a chance to draw kins in the most ridiculous outfits, #but these are just elegant and fucking amazing, #gotham
0 notes · See All
whatablessText

Oswald isnt a psycopath cause he has feelings and he is not a socialpath because he truely cares about who he loves so, he is just a bad bussyness man with a terrible way to take revenge. Also, revenge someone you cared about does not fit any of the both styles too.

And he is lovely.

I just saw Bruce Wayne rocking a pink t-shirt that says Pageant Mom in glitter, dress pants, one flip flop, one cow boy boot, and a nice neon yellow boa. He was riding a skate board and drinking a Hurricane. Every time someone asked if he was okay he just said, “Life’s a party, I’m the pinata, and god is a 13 year old with anger issues whose parents just announced their divorce”.

I don’t know if this is a mood or if I should be concerned. 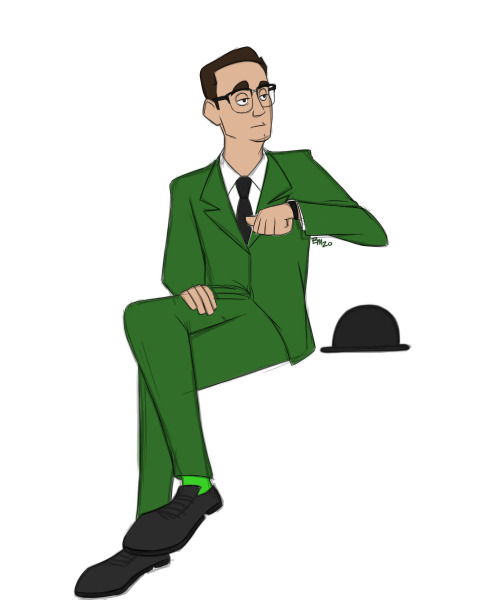 I made a mistake introducing Gotham to my dad, he’s so addicted he won’t let me watch anything else.

Summary: Anna, while busy babysitting a six-year-old girl on Halloween, stumbles into a reunion she least expected to happen.

I wanted to write a fun little something around the Halloween theme. Also, I just really wanted an excuse to make Jerome happy, so voila!

He watched, waiting, perhaps even brooding, hiding behind a stack of boxes in the shipyard. His shipment was yet to arrive. It was scheduled for the day before last and never reached port. In fact, it seemed to have disappeared entirely, as if it had completely fallen off the edge of the earth.

Jonathan Crane wasn’t an impatient man, but paranoia was a defining trait of his ever-watching ‘roommate’. The Scarecrow wasn’t frightened, heavens no, of course not. The Scarecrow never got scared, and in effect, neither did Doctor Jonathan Crane. However, when something of this magnitude went awry, the both of them could consider the idea that maybe they might, in fact, be concerned.