send me  ‘ hc ‘  + a word and i’ll write a headcanon about it regarding my character.

Does Marluxia or Lauriam have a sense of fashion? I’d say yes, especially considering we do see his somebody with normal clothes. They seem to be confortable yet not really thrown out there you know? The kind of clothing that could fit everywhere if you ask me.

#thefatalmarksman, #headcanon, #the mun speaks, #my appologies i am TERRIBLE with vocabulary about that sort of thing
0 notes · See All
headcanontheshitoutofsoulsbornePhoto 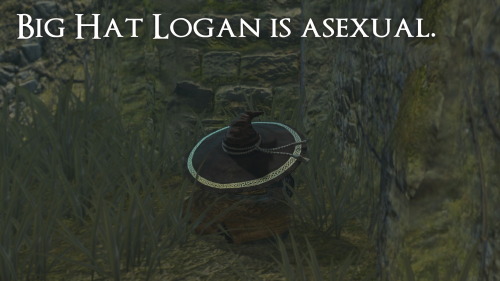 There were, at least, two Halloweens where Jax and Kat dressed as He-Man and She-Ra.

They have also been Luke and Leia, with Opie being Han (even if he is built more like Chewbacca).

#headcanon, #you better bet little kat had all the she-ra playsets too
0 notes · See All
kclarytPhoto

I really like this character, Archie or Arch Illager is what he was called and i even come up with a pretty cool headcanon for this character.
(And will explain why he’s wearing a oversized pink sweater :3 )

Also, this is just my headcanon of the game and ending.. so, please do not hate on it or accept it as “canon”

- HEADCANON **SPOILERS** -
Archie was born during a everlasting war between Villagers and Illagers, he was only a baby when he was given to a Illager Warlord by his parents.. but it wasn’t ill-tent.

The parents were honestly worried for their son and had no choice, these parents were peaceful illagers who don’t want war but were trap between it.
So they had a plan on escaping the illage and to find a new, quiet and peaceful home.

But, alas, the trip is dangerous and they didn’t want to risk their son getting harmed, sick or worst, killed during this trip to sanctuary.
So, the parents had no choice but to give Archie to the Warlord who promised to take care of Archie (alongside promising that he’ll make a good warrior, much to the parents dismay and heartache but it was too late now).

When Archie hit the age of ten, he was trained to fight but however.. despite being ten he was still the smallest of the illager orphans and he couldn’t even pick up an axe.

So, he was exile by the illagers and deemed “too weak to fight” much to Archie’s dismay, he tried to find sanctuary in each of the enemy’s villages but of course, they didn’t want anything to do with this small illager child.

And of course, you know the whole story, he finds a orb, the orb corrupts him, he takes over the illager village and the villager’s village and lastly, a bunch of heroes defeated him.

The heroes taken Archie to one of the villager’s village to be spoken to by the grand villager leader, who of course, wanted the young child executed for his crimes against Minecraftia and their village.

But the main hero fought for the illager’s life and Archie even explain about how he was an orphan and his parents had given him up to the warlord.
The grand villager thought for a moment but agreed to let the illager live and even wanted to welcome him open arms to the village as his adoptive son.

The little illager Archie, was accept by (nearly) every villager and even gotten a family with the grand villager and his wife Marian who made him a (oversized) pink sweater.

Despite being a “girly” color, Archie seems to like it. 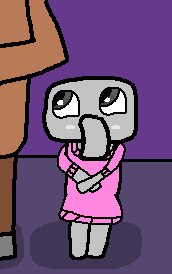 Headcanon: Logan will very routinely just forget how to speak English and will often lapse into Spanish or Simlish.

Like, Logan is self-taught, right? And you know how sometimes you can learn something super complicated and forget the simpler things, right? (Like, completing a difficult test and forgetting your own name but you can recite the Pythagorean theorem in your sleep.) It’s sort of like that.

Also, he and Roman would talk in Spanish a lot when they’re just gossiping or talking about something more private. Or if it’s just the two of them, since Logan believes it’s the best way to keep practising.

He also usually ends up just confusing himself.

Imagine him in the kitchen, half-asleep and thinking he’s talking to Roman.

Logan: I mean this in the nicest way possible, but shut up before I… uh…

Logan, turning back to whoever he was talking to: Shut up before I throw a shoe at your head.

Roman, wheezing: You WHAT?!

Logan: *Puts it into a translator*

AND: he knows a bunch of other languages, too! Which make it pretty difficult for him to get his point across when he’s either spaced out or too overwhelmed to think properly.

Patton: Uh, what do you think, Logan?

Logan: *Becomes weirdly silent as he loses his whole sense of self*

Requested:  hiii! i rlly love ur one shots, so i was wondering if u would do a Katherine x Fem!Reader? it’s oki if u can’t :)

A/N: I don’t really write one shots so I’m not sure if you meant a headcanon or something else so I’m sorry if this isn’t exactly what you wanted, but nonetheless I’m glad that you love them :)

Bambietta, like all Quincy, can manifest a bow. But her preferred type of Heilig Bogen is a sword in the style of a Chinese Dao, and a Zulfiqar. This is because Lord Haschwalth uses a sword and she’s certain her own proficiency will earn his attention.

In an AU where Mulder and Scully were the protagonists of The Bodyguard, who would be the Whitney Houston character and who would be the bodyguard (i.e. Kevin Costner)???…..I’m dead serious.

Ever since the fairy gala event I decided to make a list of supposed events in DCA but they won’t get any art yet after I’ve finished with the stuff I need to do first.

There is also the seasonal idol competitions but I won’t list it yet because I am currently occupied.

Patton is a gay demiboy!

Logan is genderfluid, grayro and gay!

and Virgil is enby, ace, demiro and gay!!

and i love them

made this for the Zoids discord earlier because I think too much apparently.

but yhea I have a whole idea of how this works 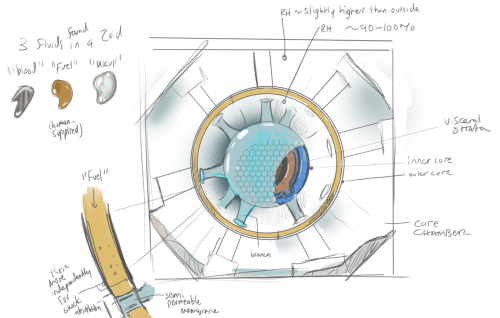 As a side note- If anyone whos read the Keroro manga would know that Pururu’s resonance can clean rooms apparently?

But since that’s a bit TOO ridiculous for me, I’m just going with that she can do it at a frequency that helps promote healing, ala cats. Hell they can probably do a lot, since music and songs seem to be a big focus of Keronians.

Peaky Blinders Headcanon: Since he was a kid, John makes a mess every single time he eats. Food gets absolutely everywhere besides a napkin. Everyone from his own parents, when they were around, to his sister, brothers, and aunt would scold him for staining his clothes, knocking over glasses, flipping forks and spoons on his lap, tripping over nothing and sending plates flying. As an adult, it only seemed to get worse, and it passed on to his children, too, all of them worse than the last. He’s the one up late now scrubbing his white collared shirts, thanking God the inky black of his coats showed nothing of his disasters. No matter how much he tried, he could always make a mess out of something It’s become a joke between the family, especially when they have to make a good first impression. All eyes are on John, especially when he’s drunk. Eventually they start to make bets on how fast he can drop his whiskey on his lap.

- Maka is absolutely gonna be one of the first people to recognize when something is off about you. Sometimes, she can see it before you even do. Maybe if you’re being standoffish in a crowd, she’ll make a point of including you more. Maybe it’s asking to tell a story of your funny trip to get food the other day, or asking for your opinion on a question everyone else already answered. Her first instinct is to let you know that she’s with you.

If you’ve been distant lately, she may find an excuse to come see you. She’ll bring your favorite food and claim she was hungry on the way over. She enjoys quiet activities so if you don’t want to talk or do anything, she is perfectly content just being with you while she reads a book. Maybe she’ll nudge you a bit and ask you to do a simple activity with her, like coloring or doing a puzzle.

She’s patient with you, but if she sees that nothing seems to be improving your mood, she’ll be straightforward with you. She’ll tell you that you’ve been acting off and she doesn’t want you to feel like you’re alone in whatever problems you’re facing. You’re her friend and it hurts to see you hurting. Even if it isn’t something tangible that can be solved, she’ll keep staying by your side and keep making time for you until you can feel okay again. She’s a deeply loyal friend and wants you to see the good in yourself.