Today’s character of the day is: Howard McBride from The Loud House 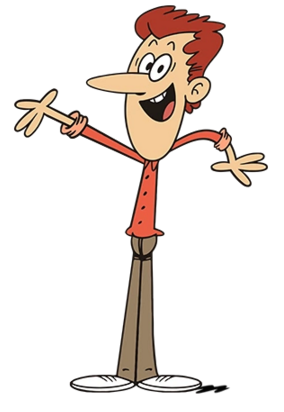 #the loud house, #tlh, #the mcbrides, #clyde mcbride, #howard mcbride, #harold mcbride, #pride month, #videos, #nickelodeon
25 notes · See All
incorrect-loud-house-quotesChat
Harold: When gay marriage was legalized, we weren’t sure if or when it was going to be struck down so speed was of the essence.
Minister: Do you, Howard-
Howard: Yes.
Minister: And do you-
Harold: YES, YES. WE DO. *turns to Howard* WE’RE MARRIED.
#the loud house, #tlh, #howard mcbride, #harold mcbride, #s: brooklyn nine nine, #submitted by: tardisman14, #submission, #thanks for your submission!, #harard, #what is their ship name
32 notes · See All
popculturebuffetText

The Sam/Luna trilogy comes to an end here, as we get to the most recent of their now annual episodes, each so far produced and aired toward the end of the season. That being said like last season Sam had at least one apperance before this as I saw her in the thumbnail to “Deep Cuts”, the OTHER Lunacentric episode this season. And while it sounded bad to me at first looking into it.. no. The writers, for the most part, gave almost every kid two episodes a piece, and last season gave each 3, so to the writers credit they TRY to ballance out who gets episodes.

The exceptions are Lincoln, who has around 5 that don’t also feature the girls as a whole, and 2 of those are with Lana, Lori who has 4, 2 of them shared and justifed as she’s possibly leaving for College next season and thus her episodes outside of one focus ont hat, and Lana and Lola: Lana has 3, and Lola has 2, and both have one together. And really even with those imballances it’s really impressive the show juggles 14 leads, with the parents themselves getting 2 this year too, along with Clyde, not counting his ones with Lincoln. |

And that’s WITH the baffling decision this season to have the first 5 episodes be “With THe Cassagrandes”, i.e. 5 episodes of the Casagrandes that are counted as loud house episode that weren’t produced over at the sister show for some reason. And I have nothing against the Cassagrandes, what i’ve seen it’s not a bad show: I already have gone on about how much I love bobby, and I also love CJ and new comer Sam. I love the fact it has plenty of representation and a diffrent kind of big family, I love the theme song and I love the fact Melissa Joan Heart is on it because she’s terrific and spent the last decade really not picking her roles well. She was the lead in Holiday in Handcuffs, aka the movie where she kidnaps Mario Lopez and holds him at gunpoint to pretend to be her fiance until he gets Stockholm syndrome for really flimsy reasons.

But I dont’ feel i’ts fair to the show to wedge it into another show’s spot: The Cassagrande-Santiago clan has shown up in 2 half hour loud houses and 2 15 minute eps. The kids watching KNOW these characters, and reception of the loudest mission was positive enough to get a spinoff made. You don’t need to spend a huge amount of another show’s episode order to promote a show kids will likely watch because it has characters from a show that airs all the time and is uber popular and has a similar humor style, and fans of the Loud House will at least try becuase they like the mothership and have known was coming for years now. This show HAD an audience going in. I watched both American Dad and the Clevland Show because it was from the same crew as family guy which I liked at the time. Granted American Dad had a decent stretch and Clevland Show .. had David LYnch as a recurring cast member I guess? Seriously david, this and not gravity falls? The point is it feels insulting that they felt the need to try and promote the show more, and all they did was take up episodes of the loud house and confuse children, and possibly turn viewers off a show they would’ve watched anyways.

And if your wondering why I took such a massive detour it’s simple: Other than noticing the fact they’ve been specifically making sure each sibling gets more than one spotlight episode, shared or not, and this dumb decision.. Season 4 isn’t THAT much diffrent than Season 3. It carries on plots started there  (Lori heading towards college, Luann and Luna’s relationship), but otherwise it’s basically just more shipping and shenanigans. But really. .that’s far from a bad thing, as I consider season 3 a highwater mark for the show, and it introduced a lot of neat new elements (Lynn’s Table, Stella, Leni having a job) that are still prevelant in season 4. It’s not bad and it’s even more understandable given that next season, every character is growing a year (thank you press releases), meaning they have tons of new plots to explore, and large status quo shifts with Lincoln going to middle school, which out of the four schools shown is so far the most underdeveloped and will need development, and Lori possibly moving out of the house and going to college, among many other things that have me chomping at the bit for next season. But that’s probably a few months away so for now, it’s time to get back on focus and with everything else out of the way, the actual review of this episode starts under the cut.

Look what got leaked!

LGBT couples of The Loud House!

I love this. Only good part in Exchange Of Heart.

It looks like it’s time for the mcbrides to sleep with their little clyde.

So cute! Howard and Harold singing a lullaby for the adorable baby to sleep. (you guys got the references in the lullabies)

Here is how clyde met his cat cleopawtra when they were little.

And the clyde playing with the cleopawtra in which he pretends to be a kitten.

Awwww, clyde is so happy to see his nana when she arrived at mcbride house.

Clyde showed his drawing of his family and his cat.

Kikka24Moon asked me to draw young Harold and Howard during their marriage proposal! Also, I missed @tamamajasper‘s birthday, so I hope you don’t mind that this is for her as well! 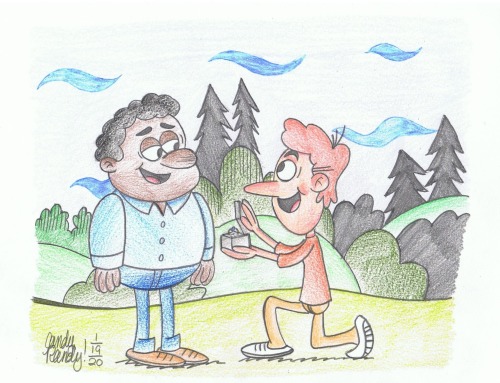 some teen au of the mcbrides 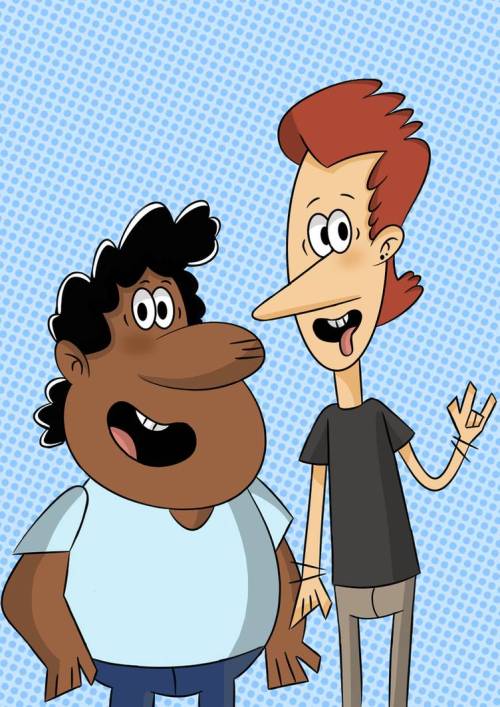 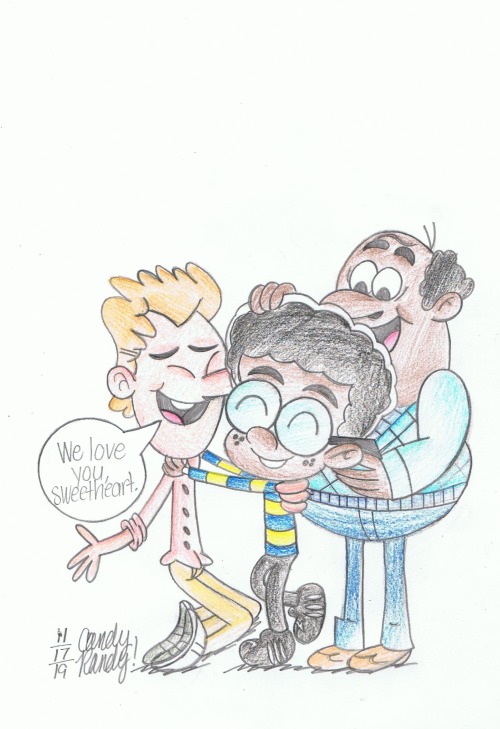 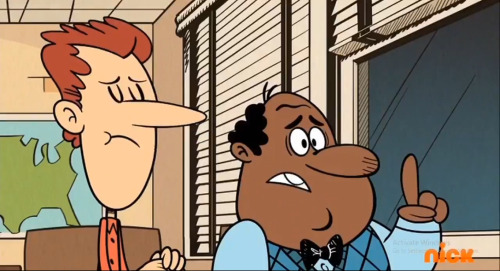 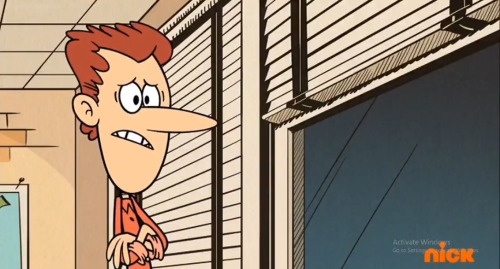 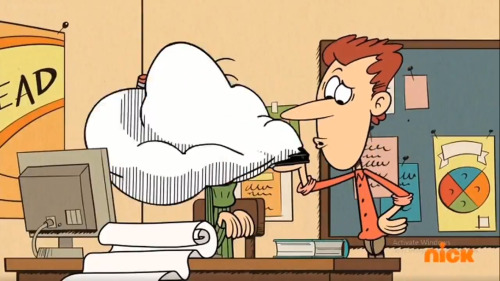 im too late for halloween but here a vampire howard !happy halloween¡ everyone 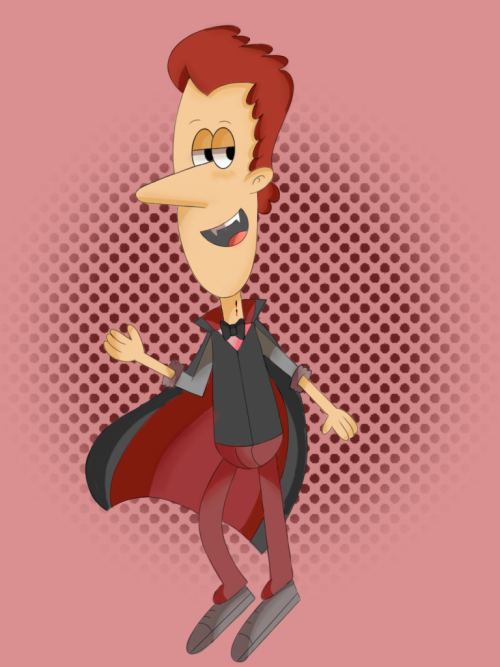 Hi everybody, I was gone for a few mouths,but I came back as you see today is the last day of pride mouth. I’m drawing all the couples and ships of cartoons that I really like is happy last of pride mouth🌈

Happy Father’s Day to all the Dads on Nickelodeon!!! 💙🤗

The appearance of the mcbrides in cooked!

I love this image created by @truebuggy for Halloween 2016, it’s one of my favorites on my favorite family. plus, the vampire is also my favorite monster for Halloween, just like Lucy. (This is also because Lucy is one of my favorite Loud sisters)
I would have loved a lot to see Howard and Harold in their new monster costumes in an upcoming episode dedicated to Halloween 2019, along with Rita Loud and the Casagrandes family (Lynn Sr is to be excluded, because he clearly hates Halloween and other macabre events, as shown in “Tricked”). An entire family of monsters, a bit in style of The Family Addams.

I found this images on twitter: it belongs to one of the 4 new episodes not yet mentioned by title, which have yet to come to light.
And I also learned that this episode was already broadcast in Israel, Exactly how it happened with “Missed Connection”.
Since we still do not know the title of this, I believe that it is inspired by the comic strip of the second volume, entitled “Cat-Astrophe”. Exactly how it happened with “Fandom Pains”, chirally inspired by “Goth Perks”.
Isn’t wonderful?