Baby!!! cdnskjskdjdscs I am fucking laughing my ass off. OMFG. This is too funny. NKjcdnskcjnsdkjsd I’m not even sorry, tho.

Hiccup/Cat and Jack Frost from Rise of Wizardry series: War of Destiny

A pirate and a guardian, what will happen when they meet???

Rise of Wizardry series by @owlswing

Well, I finished it, it looks better than I expected, I hope you like Owls, your writing got me inspired and I’m grateful for all your compliments about my other sketches. I will try to make other with Rapunzel and Merida this time but due to my assignment at the RotBTD Gift Exchange it might take a while. 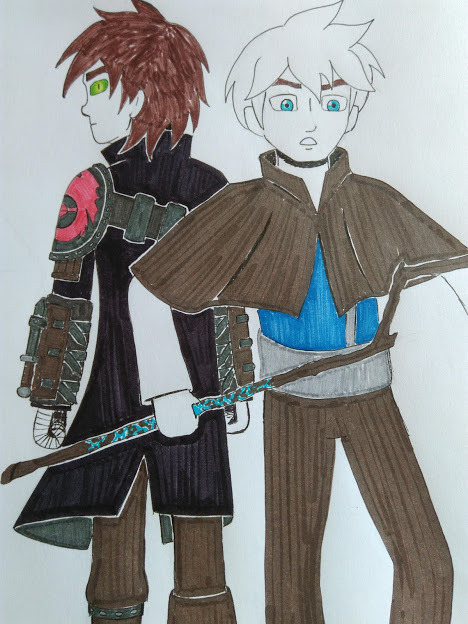 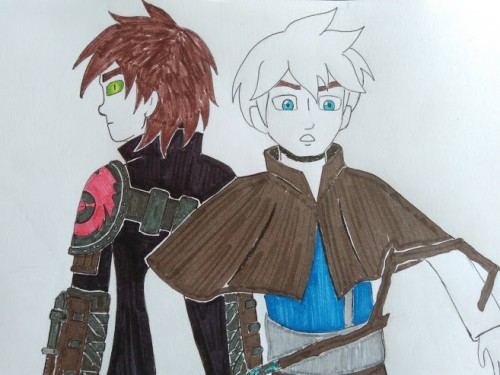 I have been exhausted lately, dealing with a major illness, but.

he just gets shorter everytime I draw him,,,

Sirius, singing: the last thing I know Remus took me to the bathroooooooooooom

#look at my pin, #its you, #its me, #its us, #everything hurts so much bro, #i keep bursting into tears, #my bf is like, #its got moon flowers and, #I KNOW, #JESUS GOD DAMN CHRIST
0 notes · See All
couragelinkedText

a wise person would say-

“deb- you still have 3 other zelda games to finish”

‘don’t worry about it’

#'ooc; I'm tired of these Mutha Fucking Puzzles In this Mutha Fucking game', #i have a problem, #i know
2 notes · See All
taron-eggmcmuffinText

This is the ✨cheapest wig✨ I have ever had jrjfbs forgive me.

#on this episode of i’m a mess, #we had to do self care in class today and i had a break down lmao, #its so difficult, #honestly, #idk why, #self care is important, #i know, #but its SO HARD, #ughhhh, #self care, #whatever
1 notes · See All
thelasttimeText

you know what else lives in my mind rent-free? the fact that sweetener won over reputation for best pop vocal album grammy

I have just one question:  why would this lad, this soft boi,

this baby who let his friend open up in her own time,

who let her keep her secrets even when she was obviously lying to him,

who knew what it was like to be wary of the spotlight and of looking silly in front of others,

who went out of his way to give her the best day of her life and expressed a genuine interest in her and her interests,

who let her choose the pace of their relationship and how far they were going to go,

who offered what he could give without even being asked,

who chose her freedom and happiness over his own life,

who stood aside to let her reunite with her family and never made a big deal out of his life as an orphan even when she found herself a family,

who didn’t intrude on her moment and only joined when explicitly invited,

who was more than happy to let her make the decisions and never forced her into a certain role,

why would he actively choose to propose to her, in the middle of an important meal, in the presence of many others who hadn’t known either of them for very long, without heeding the advice or opinions that those closest to her (her mother and Cass) had on this very important, very personal, lifechanging decision,

#i know its for social justice points, #i know, #its just, #the wrong character, #and it feels so lazy, #did the writers even watch the movie?, #did disney force them to make a commentary on a social issue, #i agree its something to be normalised, #but why eugene, #?, #why like that?, #new dream, #my shit opinions, #feel free to interact, #tangled
161 notes · See All
lyonariaText

Wake me up… when DECEMBER ends.

#i know, #its a stretch, #borussia dortmund
1 notes · See All
incorrect-given-quotesText

Haruki: They ask me how I manage 3 kids and a busy schedule

Haruki: Truth is, I don’t. I have no control over them

Haruki: This morning, Uenoyama called my name so I went to see what was going on and Akihiko shot me in the throat with a nerf gun

#given, #given anime, #given manga, #incorrect given quotes, #incorrect quotes, #haruki nakayama, #what? i posted daily for a whole week?, #i know, #im surprised too
66 notes · See All
medeaesText

CAN I PLEASE BE NORMAL FOR ONE !! FCKING MINUTE!!!

#spotify wrapped, #I LISTEN TO SOUNDTRACKS WHEN I RUN, #I GET IT, #I KNOW, #SPOTIFY DOESNT HAVE TO CALL ME OUT EVERY FREAKING YEAR
3 notes · See All
demivampirewText

Triggers: Fluffut (?)  - it’s fluff, but includes a massage, so it could be a bit suggestive 🤭  (plus a bit of funny too)

“Hello” Henry greeted you as he entered the bedroom you shared. You were sitting on your bed, staring at your phone with your earphones on and jumped as a reflex act from the surprise as he entered the room and immediately hid your phone, acting nonchalant. Your man stood by the door, raising an eyebrow and looking at you suspiciously and he smirked playfully, knowing you were watching something you didn’t want him to see.

“What you were watching?” he asked, teasing you.

“Nothing, I was listening to some music while scrolling through Instagram, that’s all” you replied a bit nervous, which was the proof he needed to know that you were embarrassed about it.

“Really? Because I couldn’t hear any noise coming from your earphones and you always listen to music pretty loud.” he continued; he clearly was not going to give up until he knew what you were seeing.

“Yep. You’re right. You always tell me how loud I listen to music and I decided to follow your advice and lower the volume. My ears thank you enormously.”

He walked toward you, sat on the bed and kissed you. Your boyfriend was very smart, he knew that if he got you distracted he could grab your phone while you were not paying attention. Laughing, he quickly walked to the other side of the room while checking out at the little screen, while you begged him to give it back.

“OK! OK! Yes, I watch asmr! I like it, it relaxes me and I like the visual and the cinematic aesthetics.” you confessed ashamedly. “I’m a weirdo, I know you think that. But I don’t care, I like it,” you said while turning your back on him, don’t want him to see your face of embarrassment.

A pair of soft lips touched the back of your head. He whispered in your left ear “Nothing to be ashamed, love.” He caressed your hear and walked towards the bathroom to take a shower before going to bed like he did every night after a long day of work. Smooth motherf*cker, you thought. His deep voice in a whisper while touching your hair, you never had that many tingles.

This time, you were actually scrolling through Instagram when he came back to the room. He was touching his neck a moving his shoulders as a way to alleviate the sore.

“Does it hurt much, babe?” you asked him. It made you sad to see him in pain. He had been working so hard on the show and, even with all his training, still got muscular pain from all the fighting scenes he had to film.

“Just a bit, don’t worry” he assured you with a smile as he laid on the bed.

You were resting your back on the head of the bed and looked at him with a playful smile, which caused him to ask you what you were thinking - he could easily recognize that expression of “I have a plan”. While grabbing a bottle of lotion from your night-stand, you asked him to turn around, laying his chest on the mattress. He did as you told him while you sat on his lower back. Before putting the lotion, you took your phone and quickly search for a video on Youtube and handed the earphones so he would put them on. “No, thanks, it’s not really my thing,” he said, knowing that you were about to put some asmr for him to listen to “Oh, shut up” you replied while laughing “Asmr is not all role-playing and people whispering. I’m putting you some nature sounds, they will calm you down, believe me.”, he sighed and put them on as you pressed play on a video from Miracle Forest channel and then left your phone on the bed while you filled his back with lotion and started massaging him.

His body was so hard, partially because of his strong complexion and also because of his tight muscles. It was a challenge for you to give a man that seemed made of stone a truly relaxing massage when you didn’t have the same kind of strength, but you did your best to help his body relax. Working every part of his body, from his neck, followed by his shoulders, arms and back, all the way to his legs, you could feel him get some relief.

He was half asleep when you made him turn around to work on his front. This time, you started by the muscles on his lower body to his upper side, taking your time on his hairy chest and arms, finishing with a tender face and head massage.

In the entire time, you’ve been dating, you’ve never seen him as relaxed as he was now -he was almost snoring due to the deep state of relaxation, which made you giggle. You had to take the earphones slowly and carefully so you would not wake him up. You gave him a quick peck on his lips before you turned down the lights and laid by his side.

You can find more of my writings in the Masterlist

It’s a converstaion I really don’t wish to have and I also despise the implication that it was just some journalist.

#this answer is Soooo pointless, #i know, #but there is so much background, #I don't know where to begin, #but don't waste your breath on it, #greymail, #Louis Tomlinson
2 notes · See All
dailypronounsAnswer

#I know, #nothing about this anime, #KSHSUSJ, #eventually though!!, #I read the wiki lisbshsjs, #mod corey, #neopronouns asks, #neopronouns, #pronounasks
7 notes · See All
Next Page