#thinking about stuff in geometry again, #it's not hamilton fanfiction this time but it's certainly something, #maybe i will tell one (1) person, #what i am thinking about, #who that person is?, #i don't know actually
0 notes · See All
nachosforfreeAnswer

What is ag3 to a simpl3 robot

A Brief History of the Reformed Church of the Goddess

A/N: A very short experimental piece written by someone in the far future of the Crimson Flower route of Fire Emblem: Three Houses. It takes liberties with it to try and inject a little realism into things, so not… not really in line with canon. Still interested? Then read on.

In the wake of the Adrestian Empire’s conquest of Fódlan, known historically as the Reunification War, a wave of religious persecution and historical revisionism swept the continent. Much history was lost, and a great effort was made to erase any trace of the pre-war word. Fortunately for modern historians, a complete erasure was made difficult. Though few in number, refugees from the territory once known as the Holy Kingdom of Faerghus migrated to other lands, bringing with them their religion and history alike. From these refugees formed the Reformed Church of the Goddess, based around the concept of the Martyr King, the fallen ruler of the lost Kingdom, and placing him as the central figure rather than the now all-but-forgotten Saint Seiros of the Reformed Church’s predecessor religion.

Due to the revisionist policies of the Empire, it is unknown whether this man ever truly existed, let alone was executed in the manner detailed in the tenets of the faith, but nevertheless he formed a central figure for the scattered believers to unite around: a man devoted to his people, driven to desperation by an unstoppable conqueror, and, according to followers of the Reformed Church, upon his death taken into the arms of the goddess herself — one day to return, reforming the lost Kingdom in a state of perfection previously lost to the flames of war.

By the time the Adrestian Empire was formally dissolved into the Fódlan Meritocracy, the Reformed Church was making headway back into the continent, albeit as an underground movement due to the continued persecution as set out within the Meritocracy’s Constitution: “We allow neither god nor beast dominion over the hearts and minds of man; our world’s destiny is ours to claim, and belongs to no other.” When, after a century and a half, this government began to crumble under an influx of nepotism and power shifts into an oligarchy, along with renewed invasion attempts by other nations — among them Almyra, Dagda, and a heretofore thought-impossible attack by the people of Morfis — it was the followers of the Reformed Church who stepped in.

Long-term champions of those considered ‘less able’ or ‘less intelligent’ than those primed to succeed under the meritocracy, the Reformed Church rose to public prominence when nearly half of the Meritocracy declared independence in the name of religious freedom and equality, sparking the flames of revolution once more.

— An excerpt from ‘Fódlan: A History of Chaos’, by Dr. Flayn NcChol, Religious Historian

#what am i doing, #i don't know actually, #oops
4 notes · See All
odd-lil-duckAnswer
What’s a pirate’s favorite letter?

#I don't know actually, #I've never met a pirate and have not done much research, #therefore I know nothing on this subject, #I used to have this weird period of time where my favorite letter was M
3 notes · See All
woolydemonPhoto

I got a request for @bluethehamildork to draw Leo giving a smooch! 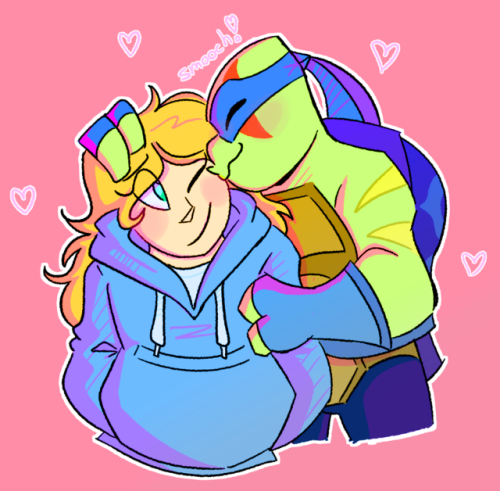 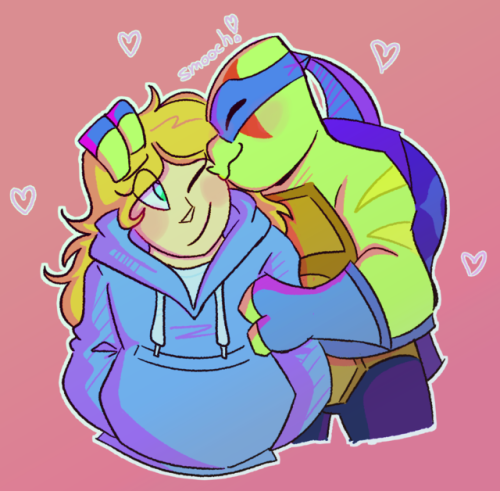 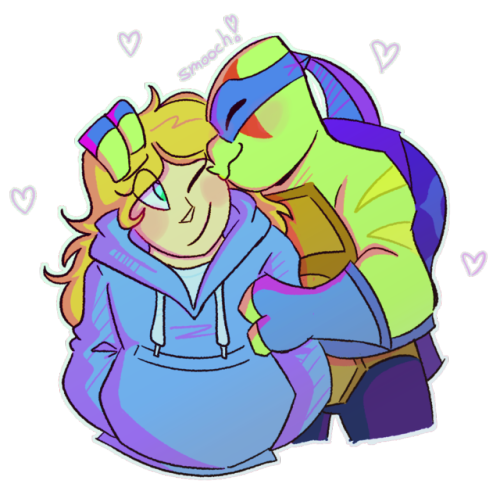 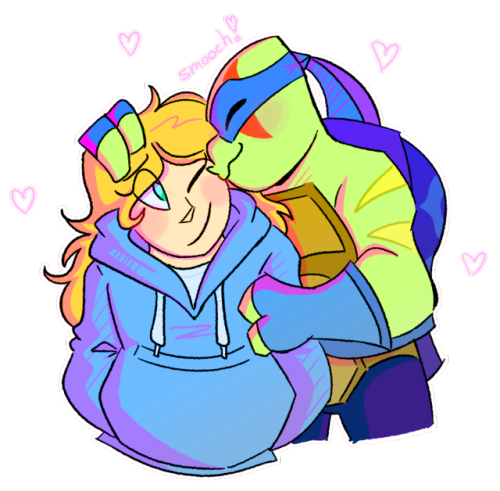 Right so… I went to see a GP today, I got an emergency appointment. They almost didn’t let me in because the surgery is not technically in my borough but luckily they did, I don’t know what I would’ve done otherwise, it was such a massive obstacle to even pick up the phone and say those words out loud.

The doctor was very lovely and sympathetic, and listened to everything I wanted to get out of my chest. He did the points survey and according to that it seems like I have mild to moderate depression. He said my case is not too severe but it seems like it’s been going on for a long time and it could be a symptom of an event from three years ago (which I’m not quite ready to discuss here yet). He referred me to cognitive therapy assessment and gave me some self help websites and tips.

He said I probably will get by without antidepressants, and while I’m happy about it I had hoped he would give me some magic pills just to make this go away immediately. I know that’s not how it works but still. Conflicted. But therapy rather than meds is probably the best way to go about this anyway.

Next thing - how to tell family? I kinda just wanna text the family whatsapp chat and tell them not to make a big deal about it but I’m quite sure that’s not the best way… So any ideas?

#personal, #depression, #it's not an official diagnosis, #i think?, #i don't know actually, #but it feels more real now when someone has confirmed it to me, #so i feel a bit weird about it now, #i thought it would feel better, #to say it out loud, #but i just needed some red wine and ice cream after, #because i feel worse than before, #is that normal?
4 notes · See All
fatimatuzzohraaaAnswer
What can we do for pimples?

Congratulations, you have sebaceous glands.

#drink water, #stay hydrated, #sorry, #i don't know actually, #ask
9 notes · See All
sometimesrosyAnswer
This is what I call quality tv. Also, on the gif you just posted (bell, Monty and Clarke talking in the cafeteria). The posters of blood must have blood (that were tweeted a few months ago) can be seen in the background (without the quote). Solid proof the grounders came from the second dawn people or nah?

I don’t think it’s proof. Or I don’t know. I need to see what they showed us in canon and then see the actual posters.

what a miserable creature 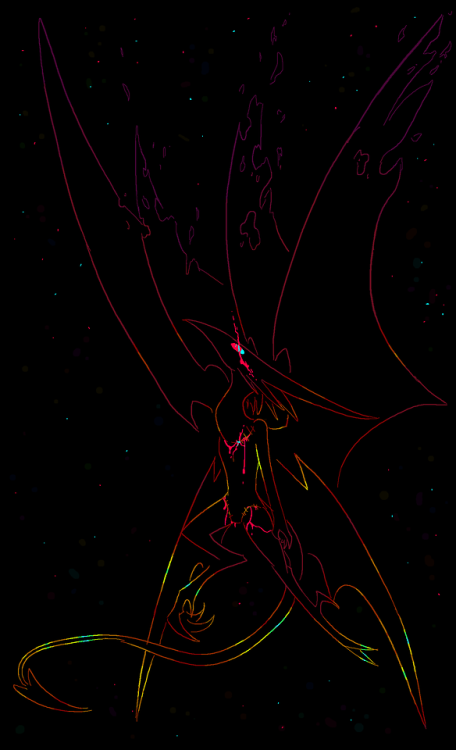 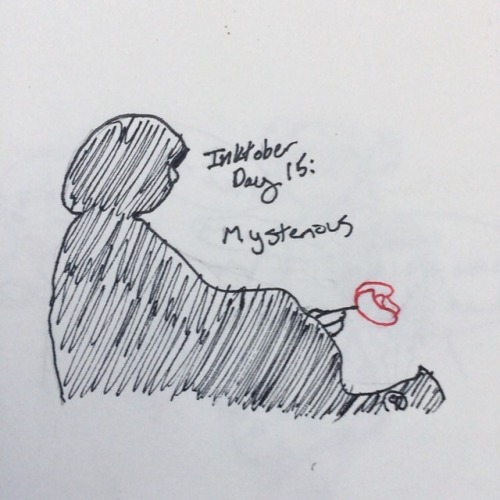 ❝ hey, kit-kat. are we going from when we left off or are you into, i dunno, troll lord of the rings now. if so i wanna be an elf, even though it’d make more sense for me to be strider considering that’s my fuckin’ name. you run the show. ❞

Why did I end up watching Korean videos?

So I thought: “I think I should Google it”.

My first impression was:“Oh no, it’s totally not me”.

But this was totally my sister. So I kept reading. And than I realized: what if?..

Does it makes me asexual?

#don't read if you don't want, #just my thoughts, #i don't know actually, #maybe i'm trying to make myself special, #and that's all
4 notes · See All
ouateditedText

#dillema, #i don't know actually, #what i want to do, #maybe i just should go to bed, #text post aha, #marina for ts
0 notes · See All
softshouyous-archiveText

oh my god the other day my friend and i were talking about marriage and kids and she said that she wants to get married and have kids by the time she’s 26 (or twenty eight??? i forgot) and i’m just like.

#nO, #NO NO NO, #I HAVE NO IDEA, #i don't know actually, #like i feel like twenty six is TOO early???, #like after you have kids you can't really do anything, #but i also feel like if you want kids thirty is like max, #but is it????, #i don't know, #because i also want to travel to like at least japan, #and like i don't know maybe live by myself or w other people for a little bit before kids, #because like by twenty six, #like four or five years after graduation like that feels like a long time but i think it mighta ctually me short, #i don't knowwww, #like do i even WANT KIDS, #and can i even get into a relationship like i am eighteen and i have been single my entire life, #and like i don't know i really want to be a therapist and i feel like that in itself will take a long time, #and i want to continue being one i don't want to be a stay at home mom because if i worked for forever to become a therapist i'm not gonna d, #rop it after like fIVE YEARS you know and t hat probably sounds selfish but i don't think it is, #because technically we kind of work our whole lives to achieve our goal you know, #and it's like my therapist is twenty eight and she just got her liscence so like what ten years omg, #jESUS, #rip me, #i don't know what i want would i even ever get into a relationship who kNOWS, #text
0 notes · See All
calenosText

also im exhausted n want to nap but every time i nap after a back to back shift i just end up being basically entirely incapacitated for the rest of the day :^)

#i guess i'll just?????????, #i don't know actually, #clean?, #and try to relax?, #and do homework in like half an hour?, #that seems optimistic though, #def gonna go 2 sleep early though bc i have not been getting enough slepe, #sleep, #.txt
0 notes · See All
goblinheirarchy-archiveText