The thing is this whole thing with the SCs started several months ago when they, completely unprovoked, said rude stuff about Iris and her journalism being not nearly as “useful” or “important” to Crisis as Lena, the scientist, would be. There was absolutely no reason for them to single out Iris in order to advocate for Lena to be in the crossover. Never mind that Iris has been sidelined and disrespected in every single crossover, despite being the leading lady of The Flash. Of course the SCs had to single out a Black woman in order to “advocate” for their white fave. It’s the same pattern with every Arrowverse fandom that stans a white woman first and foremost and stans a white ship, as well. Since then, they’ve provoked Westallen fans for no reason, and today, they yet again showed their blatant anti-Blackness (which, by the way, they have a history of… look no further than their treatment of James) when one of them claimed that neither Iris nor Westallen are good representation. This is blatant misogynoir. They then turn around and are like, “We love Candice! We love Iris!” But do you, though? Do you?

And literally this most recent drama, if you will, only started because SCs started shit when the whole Shantel article came out, by claiming that WAs were siding with AJK, which is so unbelievably ugly and offensive of them to say. If you don’t know the history of The Flash set and the behind the scenes politics, please shut up. WA fans were calling AJK out long before anyone else, and we’ve known that that man is trash since the very beginning, because we’ve seen him mistreat Candice, most vividly in season 2. WA fans calling out a white woman on her entitlement, entitlement which was, mind you, enabled by AJK as he tried to sideline and replace Candice, does not negate the fact that we know AJK is a disgusting human being. In fact, it reinforces the fact, because her entitlement was enabled by AJK. SCs then brought up WA fans for no reason today, but this was literally how this whole thing most recently began.

They think WA fans are bothered about them paralleling their ship to WA, but nobody would care if they hadn’t been racist towards Iris and claimed WA was “not good representation” and “just another straight ship.”

Anyways, I don’t want to get into this whole thing about SCs, but I think it’s pretty evident that there’s a very clear parallel in the behavior of OFs, SBs, SCs, Kara/Mon-El shippers (back when that was a thing, don’t think I’ve forgotten what a lot of those shippers said about WA… The North Remembers) towards Iris and WA, and it’s misogynoir. Unlike the others, the SCs often will say that they love Iris and WA (or otherwise have no issue with WA) and that this all was started by the WAs, but it never was.

but um. she has. problems. and i need to completely redo her voicebank because of it, which means this one is gonna be deleted, but yeah

#the distortion is soooo bad, #my work, #i GUESS
4 notes · See All
wastingurarrowsText

#me when the power of god imbued in me allows me to commit heinous sin, #and it blinds me and drives me insane!, #art, #web weaving, #tais toi thérèse, #blood tw, #i guess, #king Saul, #œdipus rex, #lotr
1 notes · See All
ghostlynicoText

and bc it seems nico is pretty active??? in those series and he’s been my fave forever

fuck i just want to get my shit together why is this so difficult :((((

Imagine wanting to hide your identity. but at the same time want to cosplay and post it online.

I remember as s kid I thought Itachi killed his family because it was some kind of ritual to kill your kin to purify you or something. And that somehow, in all it’s fucked up ness makes more in the narrative than what Kishimoto forced us to eat.

#anti itachi, #I guess, #Kishimoto you coward, #should have kept Itachi as psychopath with a unhealthy attachment to his lil brother, #anti kishimoto
0 notes · See All
donutdrawsthingsPhoto

just,, no thoughts, head empty…. little playdough dragon with no thoughts…
(also I really like the lineart I did) 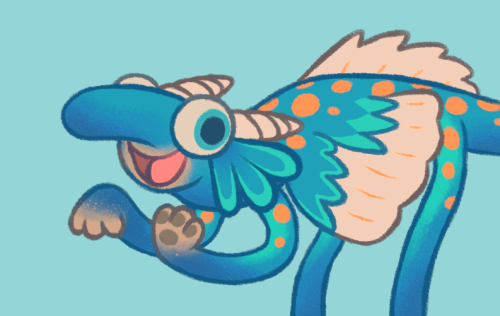 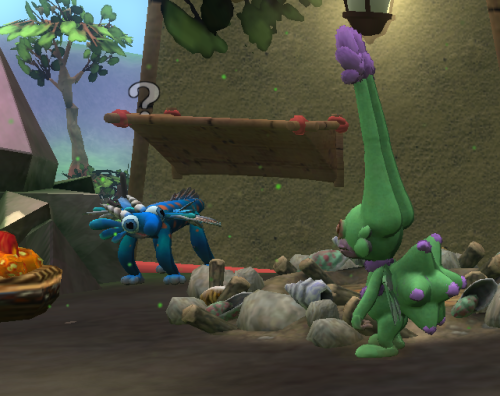 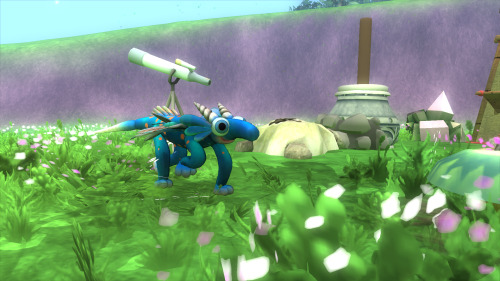 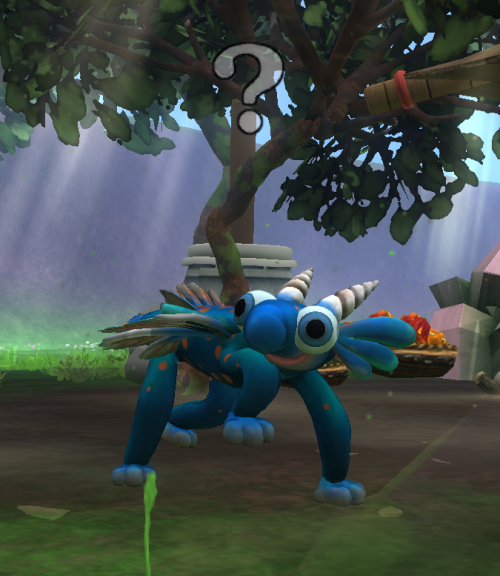 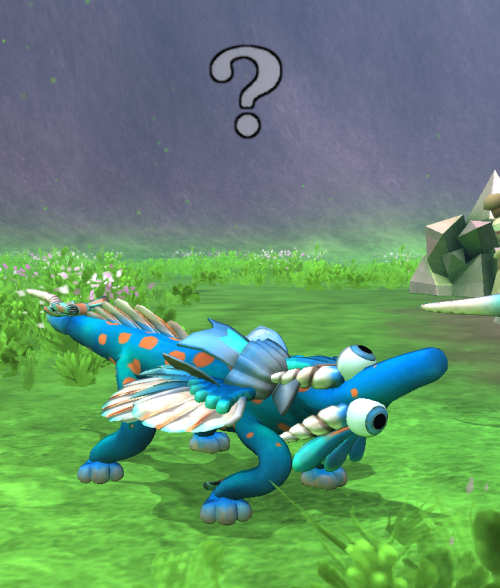 #fun fact I don't swear in real life, #ive never sworn in front of my parents, #i only do it on here, #because i find it funny, #tommyinnit has rubbed off on me, #i guess
13 notes · See All
cxitiumText

“Losers being attracted to angels because of their vessel or the title but you know what’s really sexy about high celestials?
The capacity to turn into brainless puppets, the burning holy fire you can see behind the pupils that try their best to mimic humans, their need of validation, of being of use that is craved in their core.
I just find so hot the immense destructive power that they hold in one hand that, if you are lucky, will caress your throat in the most delicate way and just like that they could snap your entire existence so fast that your scream wouldn’t even make it out your open mouth.

Don’t talk to me abour being finding celestials attractive if you haven’t tasted real divinity.”

#ic update, #i guess, #i dont even know he just, #is in a mood i guess
2 notes · See All
adoruneText

Aizou: I, as a professional, have standards.

Aizou: I never said our standards were the same.

Balmorra. I always have to roll my eyes at this conversation where the Jedi Knight tells Viri that she’s not calm…as she’s standing there very calmly letting the Jedi speak and listening to her.

And then of course the standard conversion attempt, which invokes another eye roll.

Caption:
Jedi Knight: I have purity of purpose. I seek neither thrills nor satisfaction. Unlike you, I am calm.
Jedi Knight: Save yourself. Surrender. and the Jedi Council will give you every opportunity to discover redemption. 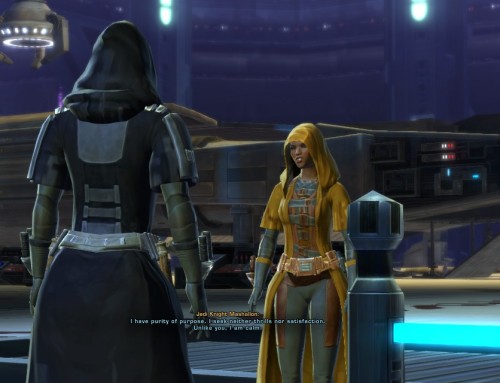 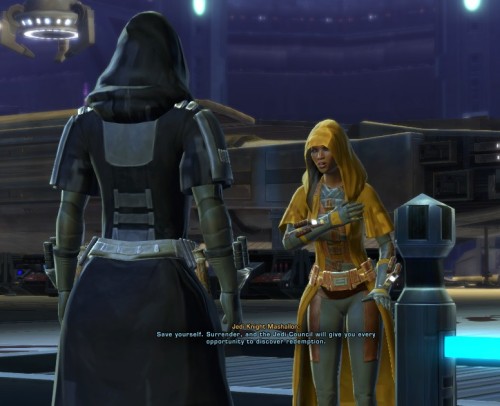 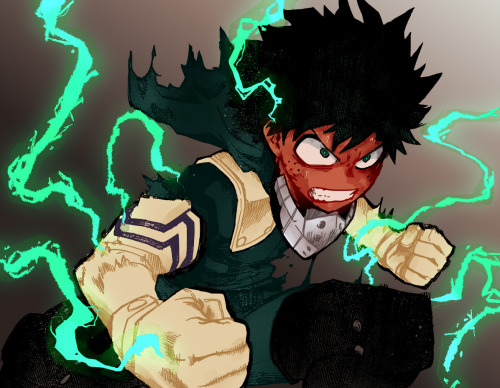 Yoko seems to have believed, from early in 1968 onwards, that John without the Beatles (and with her firmly at his side) was better than John the Beatle, and she is a very persuasive person, as time has proven; Linda found herself with a Beatle who was one no longer, and whose sense of his own worth, in the aftermath of that very high ride, was going down the tubes. She had to convince him, and did, that, with her help, he could do it alone, and this new team, Linda saw at once, required a very solid front. There were many aspects of Paul’s life after the Beatles that Linda was allowed to define, but when it came to John, it was all up to Paul. She knew this both logically and intuitively; if she ever had any doubts, her father and brother were there to reinforce Paul’s primacy in that area.

If John said something snide about Paul’s solo albums (which he did with unprofessional frequency), then John/Yoko went on the Paul/Linda shit-list. If John’s lawyers caved in to Paul’s on any of the many disputed items they were always at war about, then John came off the list. If Paul sold more records and tickets than John, he went on the John/Yoko shit-list (or at least he went on to John’s, and off; it’s hard to believe that the McCartneys were not generally viewed by Yoko with suspicion and distaste, and vice versa).

This is confusing, I know. It’s confused me plenty over the years. If it can be summed up, let me try it this way: Paul and John loved each other always - they could be envious, hostile, bitter and disappointed, but they always loved each other.

Wasting away in the shell of a body I never really felt at home in.

Death is the cycle of life, I know. But I have long since died and yet here I remain.

Tethered to the one shred of light that binds me to the grave of my still beating heart.

Sort of following on from the last thing I reblogged, and also sort of due to a message I got from someone:

If you’re in an environment where people, if they don’t actively want you dead at the very least would be very happy if people like you didn’t exist, then just bear in mind that survival in itself is an act of resistance.

I’m thinking specifically of growing up not-straight in a pretty homophobic environment (at school and in the community, not at home), but I think it probably applies to other situations too.

Sometimes, it isn’t easy or possible or sensible to stick your head above the parapet every time. Sometimes you need to lie just to get through the day. Sometimes, you don’t have the option of lying, but it’s still easier to bite your tongue and keep your head down, and sometimes that’s what you need to do- particularly when you’re young, particularly when you’re powerless. Sometimes, it’s just about doing your best to get through the day and hoping it doesn’t fuck you up too badly.

You are precious and worth something, and if you keep on going, there will come a point where you can make a difference. But you have to live long enough to get there.

I think, in terms of homophobia, things have got a lot better in just 10-15 years. Things are a long way from perfect, but the school I teach in is unrecognisable in that sense from the school I went to- despite the fact that in many ways they are very similar. And sometimes I wonder who I’d be if I’d grown up in an environment like we have now, rather than the one I did grow up in. But I survived, and that’s worth something, when not everyone did.

If you’re witnessing oppression, and you’re not part of the oppressed class, and doubly if you’re in a position where it’s easy for you to speak out, you should. But if you are the oppressed, then it’s not always easy or possible to speak up, and sometimes that’s ok. Sometimes surviving is enough.

#idk how to tag, #homophobia, #kinda, #lgbtq+, #I guess, #opression, #marginalised groups, #speaking up, #or not, #survival as an act of resistance, #about me, #sort of, #my posts, #politics, #I hope this helps someone who needs it, #or whatever
11 notes · See All
evefromvenusText

my uterus: not even ur ED can save u now, girl

I was going through old folders and found the lineart for this of my ever so futile attempts at Inktober, this time from 2017. It was surprisingly clean so I coloured it. Pretty Cure Marble Screw!

Crawls out of hiatus hole just to say…

I was watching the EB preview on FB just now about Link’s mountain bike injury, AND I must say I love how jealous Rhett gets when Link talks about his other boyfriend Nick.

We love to see it!