Trending Blogs
#I love them!
karikamyiaPhoto

琉璃✨ | Learning to trust and rely on each other ♡

Blank alignment charts! (if you want them-)

#those are a lot of alignment charts wow XD, #I love them!, #not countdown, #chaos family, #orange sanders, #the chaos family, #submission
6 notes · See All
poisonedsimmerPhoto

My favourite grumpy asshole and his besotted but not afraid to yell back at him, boyfriend. 😍

Sarge and Blade, the never planned but still happened couple that I adore with all my heart! 💕 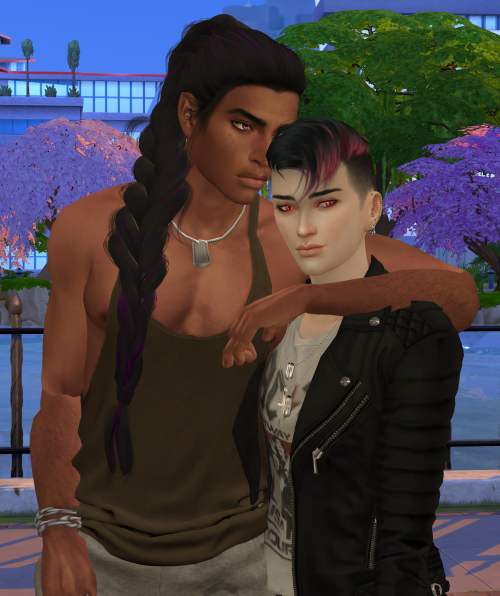 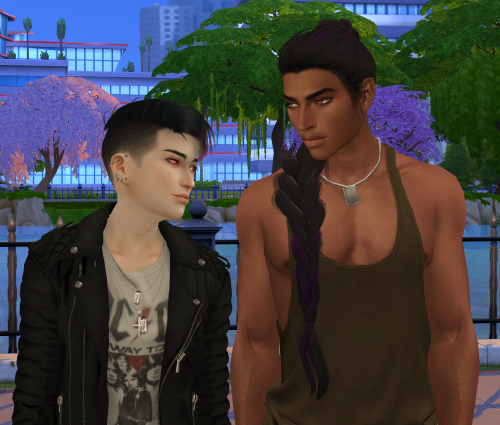 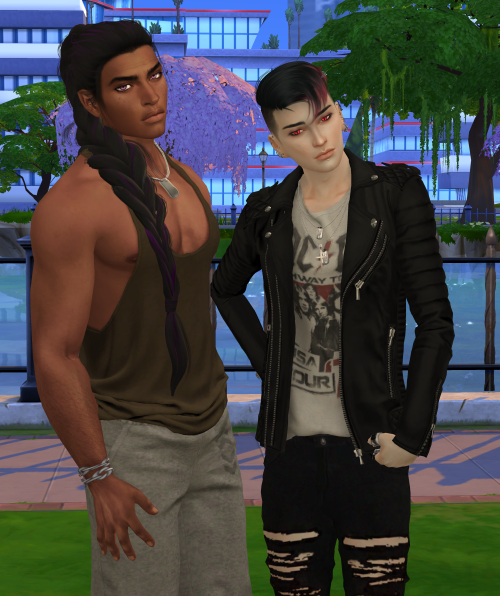 So, turns out my cousin is an evil traitor. He adopted a kitten and didn’t tell me. How dare he. Well, now he’ll have to live with me spamming him until I get appropriate compensation, namely pictures. I want to see the new kitten. 👀 And you can bet that at the next opportunity I’ll come haunt him to pet it. A kitten! I’m so excited!

#story time, #cats, #I love them!, #My grandma has..., #two kinda, #the third one belongs to the neighbour but at this point she's more of a coomunity cat, #my cousin's girlfriend has one, #but I think they want to split up again and she's just looking for a new flat, #so she'll take hers with her again, #I think her friend found the kitten, #and they took it to nurse it up to health again, #and now he wants to keep it, #and he didn't tell me!
7 notes · See All
beanieghostiePhoto

Don’t come too close, anyone I seem to care about disappears. You can’t get rid of me, I’m like the crazy glue of best friends.

#julie and the phantoms, #julie molina, #flynn, #julie x flynn, #madison reyes, #jadah marie, #icons, #the both of them!, #i love them!, #jatpedit, #netflixedit, #mine
145 notes · See All
pistachio-mint-puppetAnswer

Thanks! I really love calling people like that bc they mean too much to me and I need to respect them!

if i pull moth friend on fgo na when sin drops, i’m gonna have to make them my icon.

(I would say Luz made them put this on, but that would be a lie.)

Credit to the amazing @antonija89 for these awesome lockscreens!

#I love them!, #J, #Joker lockscreens
3 notes · See All
capnwingheadPhoto

“How very non-psychopathic of you.” (falcon & winter soldier #3) 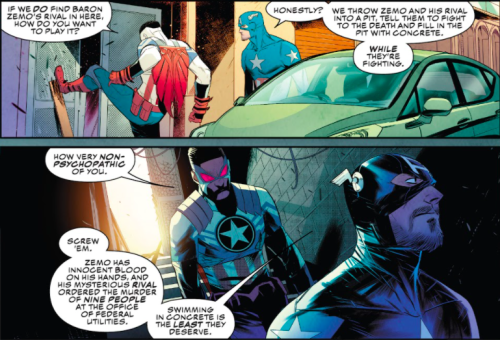 #i love them!, #cats of tumblr, #catblr, #petblr, #cat, #kitty, #tabby, #animals, #bmj, #marshall, #also marshall is way bigger than bmj despite being 3 yrs younger, #but bmj grew up malnourished so no wonder :(
101 notes · See All
hartmusesText

How Raja and Elsa were able to sneak ever at the castle or even in the village is news to me because the woman couldn’t keep quiet to save her life. No matter the verse *remembers merm!raja and pirate!elsa’s boat encounter* fvjkvjfv

Caleb: *creates an intricate and individually personalised magical safehouse for each member of the Mighty Nein, to keep them away from harm and also show his love*
Beau: *throws a ball bearing at it*

The most dangerous pirate in my OC roster is probably Lophii Garman, or a fuchsia blood ive yet to name. Theyre opposites in dynamic, Lophii is cutthroat and cunning, while the fuchsia-blood is incredibly calculating but ruthless. I have several more pirates than that however ^^;;; I think i have about uhh 6 that i can think of just off the top of my mind.

Lophii is younger and thats why he can be a bit more risky. Fuchsia gentleman is very serious about his occupation and more mature about it. I have photos of them both!! just ask ^^;

#ooc, #Pirates!, #I love them!, #anonymous, #Lophii, #Tag later for the fuchsia
1 notes · See All
chrvstenpressAnswer

YES THEY AREEEE. I’m gonna burst from how cute they are omggg😭😭😭

I know this isn’t the type of stuff I usually post about but,

Funtime Foxy is whatever they wanna be,gender is a social construct that they will not,& do not,have to take part in.

Nothing prompted this post,I was just thinking about random stuff & this came to mind.Like,F.Foxy is a flipping robot fox,they do not have to be caged in gender stereotypes like the rest of the world!These dead robot children can be anyone they want,& with anyone they want!

You cannot convince me that just about every Foxy ever made is either Pansexual or Gay.

T.Chica & Freddy are both Bisexual.

Golden Freddy is Gender Fluid,their pronouns are he/she/they,they are Pansexual or Polysexual.

T.Freddy is a soft closeted gay boi,screw you if you try to convince me otherwise!

I will rage about these characters & my many headcanons for them if you want me to!

Please want me to!I love them so much!Give me a reason to rant about them,please!