A huge ice storm with thunder just rolled by. I live for these moments. 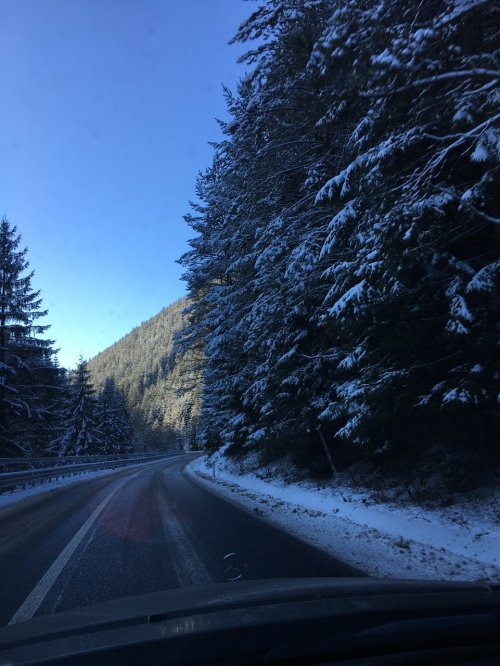 Got a new phone earlier in the year and I thought the ice on the car would be a good chance to test out its macro capability. 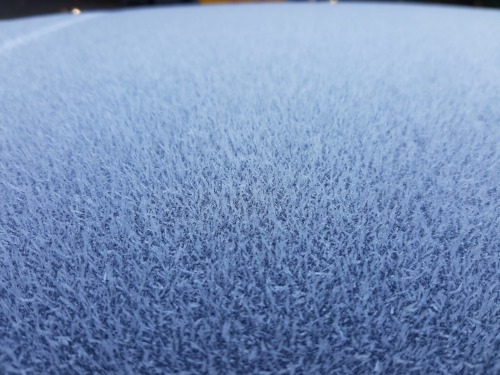 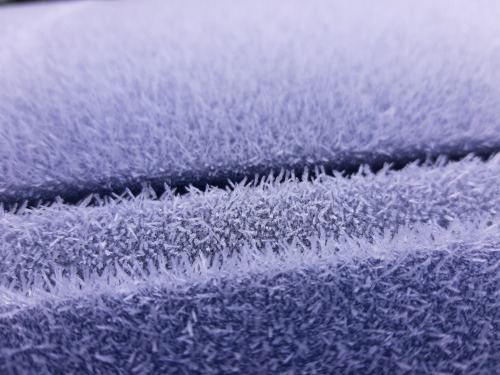 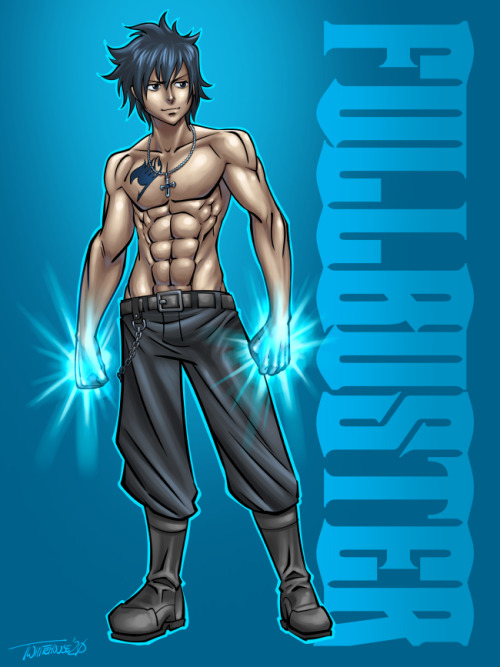 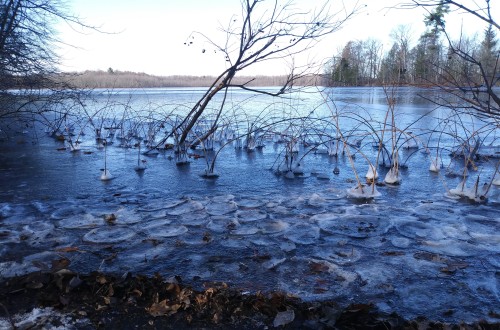 Gif practice with photoshop, based off my earlier fireflies post 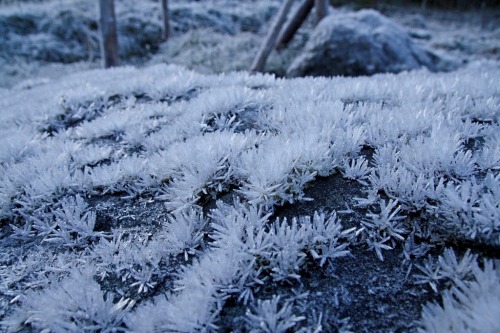 General Esdeath was requested quite a lot so I decided to draw her^^ everything is blue except the skin which was something new for me but fun to draw!😚 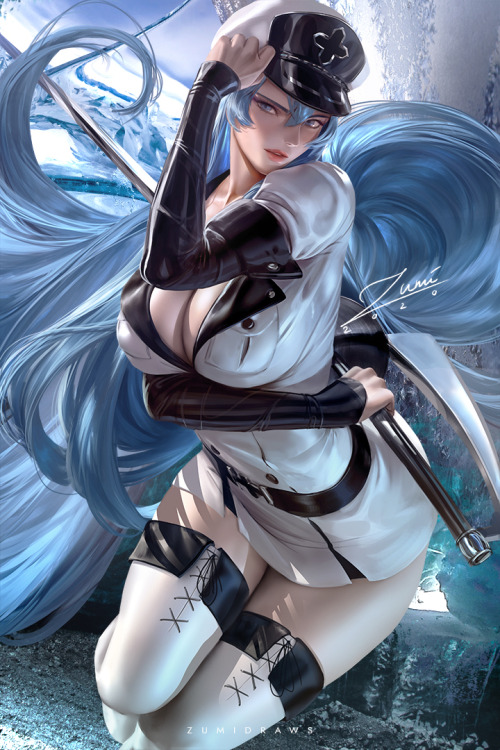 Anastasia’s horribly disfigured corpse was carried out of the arena by the judges. They could still smell and feel the cold blood stinging through their nostrils as they hauled the body.

Next up was Cynthia from the Frost clan and Ashley from Ember. 10 minutes remained til the match began. Cynthia’s mind was frenzied by the way her comrade was killed. During the previous fight, she saw the screen close in on Daisy and Anastasia and had witnessed the whole process of her murder. The sadistic and barbaric way of Daisy’s hand forcing itself into her opponent’s pounding chest, the fragile and dissatisfying breadth of Anastasia’s counterattacks, the contortion and frown on her face; revealing the audience how helpless she was when Daisy sturdily held on to the most essential organ competing against the infiltrator’s bondage, and lastly, the repugnant and infuriating sight of Daisy shoving Anastasia’s isolated head into the bloody crater formed on the victim’s chest. The very sight of Anastasia’s vile corpse being dragged across to the Frost warrior’s side of the burial grounds petrified her and at the same time, slowly fueled her heart with the misty, bleak poison of resentment toward the Ember women. She could not let a single one of them get away with this dishonorable savagery while their side of the audience cheered for Anastasia’s demise. They won’t be doing so any time soon..

Cynthia decided to take a different approach. She saw how aggressive the Ember warrior was, and how Anastasia failed miserably in contending against such fire. She decided to use the art of defense in order to face her enemy. Of course, mere ice shields and armor would not be enough to do so effectively.

The gates on both sides of the arena were drawn up, and Cynthia stepped foot on to the gritty ground. The arena was not cleaned until the end of each day. There was a thick, red line formed in front of Cynthia, which was the track of leaking blood left on the sand as Anastasia’s carcass was being hauled by the judges. She was now filling herself with anger. She looked directly into her adversary’s eyes. Those annoying, pompous orange pupils gleaming towards her. Cynthia’s outfit was not much different from Anastasia’s. A sky blue sports bra, tight black leggings, a utility belt, and her long, ebony black hair tied up with two moderate strands hanging down either side of her forehead.

Ashley was around the same size as Cynthia. Her outfit seemed to be almost identical to hers, besides the Aruval blade hanging from the sheath tightened on her back, and had plates of metal protecting her wrists and shoulders. Cynthia was not so concerned about the plating. They all seemed quite light. They would crack if frozen. Ashley had a disgusting smirk on her face. The tips of her eyes were applied with a dark, thin layer of eye shadow which intensified the self-satisfied look on her face.

Cynthia was the first to be tied up on the Exchange scaffold, as Frost had lost the first match against the Ember. Cynthia remained calm to regulate her heart rate. Nevertheless, ice cold spikes of anger were hiding beneath her circulating veins. As soon as the judges finished tying Cynthia to the scaffold, Ashley unveiled her unusual blade. The sword itself was shaped like a long sickle, and already had scorched marks on its coarse surface. Ashley gradually walked toward her opponent and placed the sharp end of the hooked blade lightly on the fleshy surface of Cynthia’s chest. The blade was sharp; even its nasty little hook on the end would be able to cut through Cynthia’s soft spots in a matter of seconds if she were not careful enough. Ashley then took off the blade and rushed toward Cynthia. Cynthia did not even blink. Her heart was circulating her cold blood regularly, and it seemed to show no discernible reaction toward Ashley’s sudden movements. Ashley then wrapped her arms around Cynthia’s waist and struck her left breast fair and square with her right ear and sank in. Ashley could hear the strong pumping of Cynthia’s engine. Its hard beats were as if Cynthia’s heart was trying to push Ashley’s ear off of her chest, but that was not going to happen for a while. Ashley listened and sighed in satisfaction in order to taunt her enemy’s obviously raging emotions even more. She even began to mimic the sound of Cynthia’s heartbeat as the pounding became stronger; the pace getting faster and brisker. All Cynthia wanted was to get Ashley’s irritating ear off her chest and start her turn with the Exchange. She was about to lose it. Above all else, she wanted Ashley to stop with the aggravating mimicry of her heartbeat.

“D-d.. D-d.. D-d..” Ashley kept on going. She didn’t want Cynthia’s heart to slow down. She wanted it nice and warm, with the heat of anger having it all cooked up for Ashley to dig into. Cynthia tried her best not to look concerned, but the audience had already detected the stress drawn on her expression. After a few more seconds, Ashley took off her head, carried out her right arm off of Cynthia’s waist and let it crawl into the sky blue sports apparel, the white bra and lightly squeezed her left bosom.

“I hope your heart’s bigger than this,” Ashley mumbled as she finished her turn.

Cynthia’s heart was almost full of hatred. It was now pouring and swirling all around her body. She felt her own face turn a little red, but she knew that she had to stay cold. The judges released her from the wires and readied Ashley.

Cynthia strolled toward Ashley. Ashley was still smirking at her. Cynthia thought of the perfect idea to wipe that smug grin off her face. She started with the basic form mockery in the Heartosseum. It was a classic, just like Ashley did to her. She placed her ear on her enemy’s chest and closed her eyes, counting each beat of her heart out loud. Ashley remained silent, but was not intimidated. She was rather laughing inside at how elementary Cynthia was in her tactic of spooking her enemy. But of course, this wasn’t it.

Cynthia climbed onto Ashley just like Daisy had done to Anastasia when her heart was still throbbing healthily inside her chest. Ashley expected a smooch from Cynthia. She was almost wanting it now, considering how similar this tactic was to the mere previous match. However, instead of aiming for Ashley’s lips, Cynthia’s right hand advanced to Ashley’s top while her left arm clung onto Ashley’s neck. Cynthia began to lift the sports bra upward. Detecting this movement, Ashley shook for moment and her heartbeat started to increase at a very fast pace. Cynthia continued to pull up and unveiled Ashley’s black bra, with it being the only piece of clothing covering her naked breasts. Cynthia wrapped her arms around Ashley’s waist as well and reached for the connectors on her back. Ashley’s breath seemed to get faster as well, feeling the insecurity of an opponent revealing her body to the others. Cynthia took off the whole thing and hung the piece of clothing on Ashley’s shoulder. Ashley’s eyes were burning hot. Rage and humiliation rushed through her veins and arteries. Cynthia smirked back, staring at her enemy’s open chest.

“Speak for yourself, you pathetic Ember imbecile,” Cynthia spat, gouging her right thumb on Ashley’s flesh, feeling it thump almost 200 beats per minute. “At least your heart seems to be intimidated enough.” Cynthia was not done. She forged a handful of crystal-clear ice into the shape of a human heart. She then placed it in between the pair and gave the center of Ashley’s chest a light push. Then she crushed the ice heart and shattered it into pieces merely using her grip.

“You’d wish I crush your heart that quick,” Cynthia said, showing Ashley the broken pieces of ice on her palm. “Wait, you need help putting your clothes back on, don’t you?” Cynthia took the bra off Ashley’s shoulder and placed it nice and neat around her breasts again. She then roughly pulled the tight orange clothing back down. “What, you were expecting a kiss?” Ashley was now full of hatred; she would be ready to burn Cynthia the second their lips encountered each other. But Cynthia knew Ashley wouldn’t do something so outrageous as to kill her enemy in an Exchange. Cynthia slammed her ice-cold lips onto Ashley’s, protruded her tongue into her mouth and gave her a demeaning, thorough smooch to maximize the indignity.

Ashley planned to rip her opponent apart from the inside out.

Cynthia shrugged and winked, jumping off Ashley’s body to announce the end of her Exchange. She was satisfied now. She could now retain the cold, decisive movements and keep her rational combativeness awake. Her heart pounded confidently after succeeding in disorienting her savage opponent’s mentality.

But had Cynthia misplaced her boldness?

Ashley’s raging, infuriated heart continued to pound beneath her warmed up chest, vitalizing the infernal ferocity that was unwillingly curbed by her cockiness during the Exchange.

The two warriors awaited the cue to commence their bloody match.