One of my favourite characters ever, Mana <3
Instagram - Redbubble 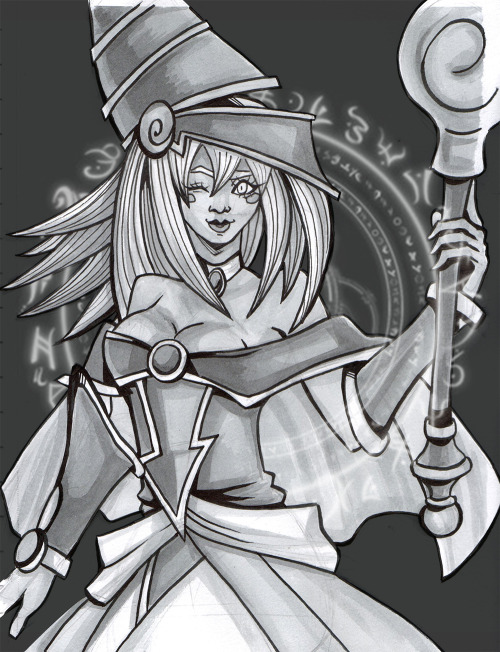 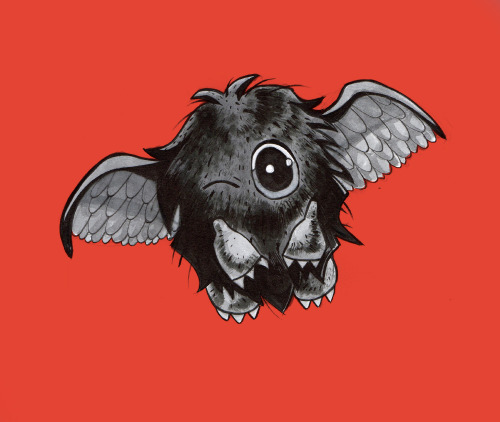 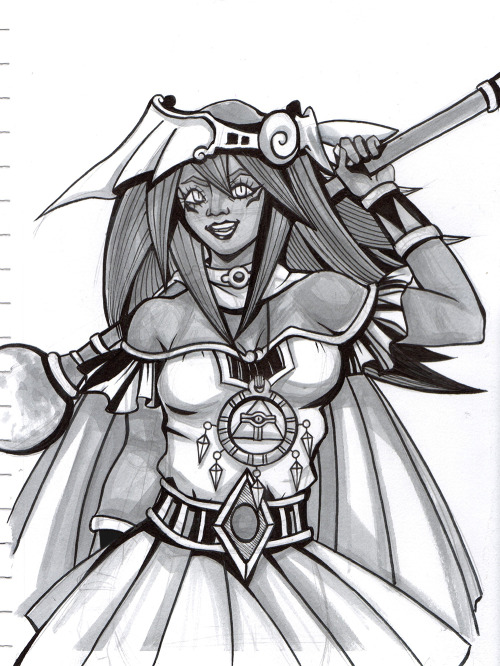 Mindtober 2020. An Instagram series about mental health inspired by the prompts of Essi Välimäki.

Days 1-7. I chose to depict myself as a Set animal partly because of how Välimäki and others tackled Mindtober but also because of how chaotic my mind tends to feel. (In reality, I live a privileged life, but without proper treatment, I can’t see the world realistically.) 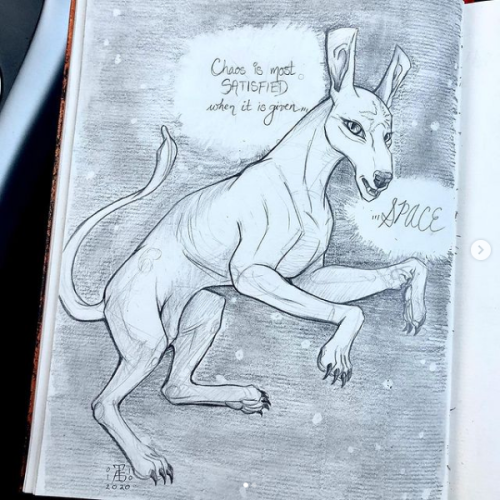 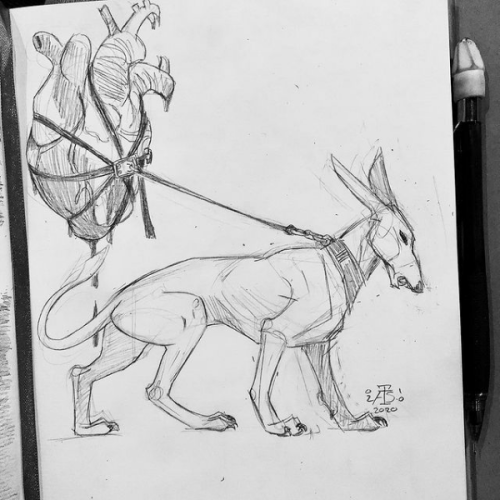 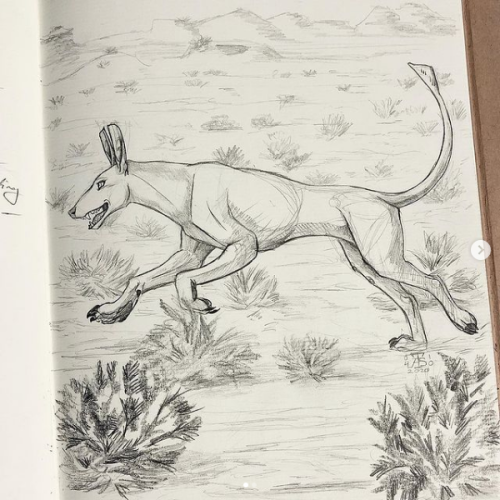 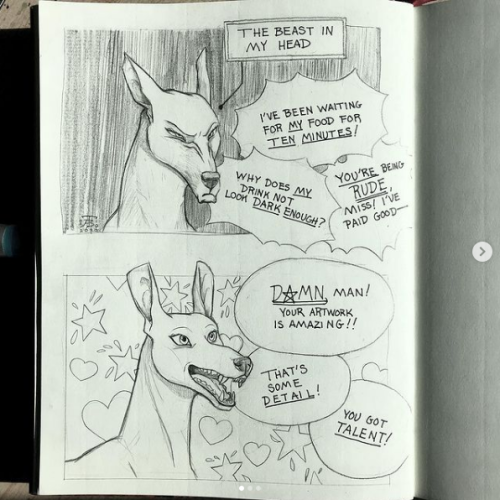 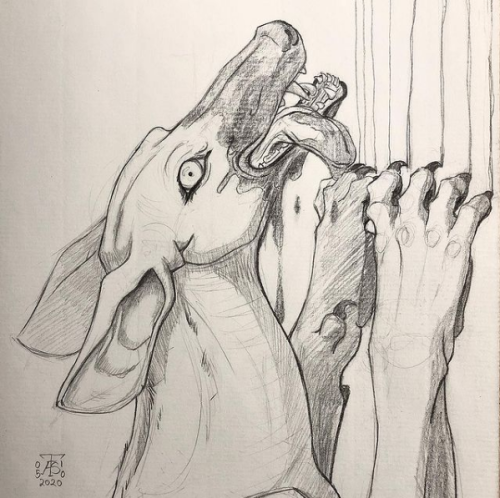 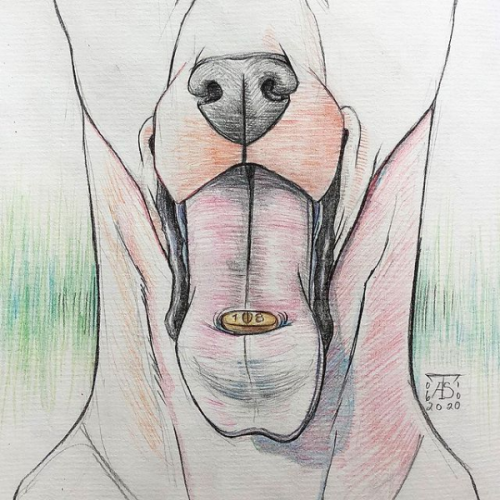 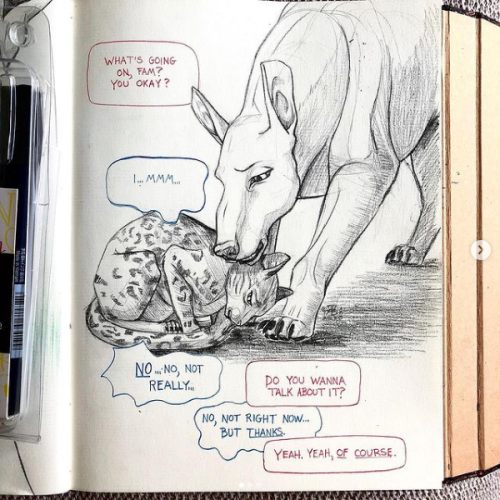 Bard’s Note: Once again, apologies for these being so late, and thank you so much to @theshapeshifter100 for writing all of these!

Ivy had not realised how intense people in Monacoil got about All Hallow’s Eve.

As soon as the lectures were finished in August shop fronts had animated decorations with flying bats and grinning pumpkins. Tailors had premade costumes ready as well as patterned and orange and black bolts of fabric. Market stalls popped up with costume ideas and mages offering enchantments on costumes.

The options were dizzying, and Irnas made a point of dragging her out to get a costume. In September rather an October. They repeated that they would be beyond busy in October, but Ivy should watch what the mages were offering in the market, she might learn something.

She wasn’t sure if she did learn anything from the mages in the market. They were rather showy, all over the top hand gestures and nonsense words. It only really worked on children, most people here knew how magic usually worked.

She ended up hovering by costume stalls and tailors, listening to other people’s ideas. Some would dress up as monsters, others would look like figures from stories. The Tale of Frisk and Chara was a popular one even back in Loburn, as the costumes weren’t too difficult for the titular characters. Other characters from that story were more difficult, but no one seemed put off as a woman collected her white fur and ran to the nearest mage to enchant it to smell like butterscotch and cinnamon.

It took several weeks for Ivy to get an idea, then her supplies; some black fabric, some wood scraps, some paint. When her family came to visit Charles and her mother helped her put it together. When the sun set and the many lanterns of Monacoil lit and music began to filter through the streets, Ivy left Irnas’s tall, thin, storm cloud covered house.

Black bat’s wings spread out behind her, black fabric stretched out on a wooden frame. She wore a black robe and had painted little fangs under her bottom lip. As she walked towards the inn her family were staying at, she saw much more elaborate and colourful costumes, and felt low effort in comparison.

Although, she did watch multiple people in stilts going by, and frankly she did not envy them. Walking around on stilts for hours could not be fun, even if it would make her tall for once in her life.

She had to walk sideways to get through the door into the inn, and she could already hear Charles laughing, even if she couldn’t see him.

“Yeah yeah!” she called behind her. “At least I tried!”

“We know sweetheart,” her father Cyril said as she slowly turned around, so not to knock anything over. He, her mother Helen and Charles had all come over in the time it had taken for Ivy to safely get through the door. The two men had decided to paint their faces like skeletons, probably drawing on Charles’s lessons at the Institute.

Helen meanwhile, wore the same flowing, floaty, black robes as she always did, with a pendant of some kind tucked into the folds.

“You always wear the same thing!” Ivy noted out loud. “We’re in Monacoil, you couldn’t find anything?!”

“If it isn’t broken then it doesn’t need to be fixed,” she defended tersely, adjusting the hood so that it fell better over her face, her glasses lens glinting in the candle light. “Shall we get on with it?”

“Give Ivy a chance to sit down, she just got in,” Cyril noted.

“The longer I stay here, the more likely I am to knock something over,” Ivy noted ruefully, and Charles doubled over, shoulders shaking with laughter.

“Three against one dear,” Helen patted Cyril on the shoulder. “Let’s go.”

Author’s Note: October 1602, had a really hard time with decided Ivy’s costume honestly, went with a bat in the end, since I never specified in text.

Realized I forgot to post the last two of my Inktober drawings. Here’s my boy Loki in his most touching scene and a battle between my favorite Avengers and some weird monster I invented. 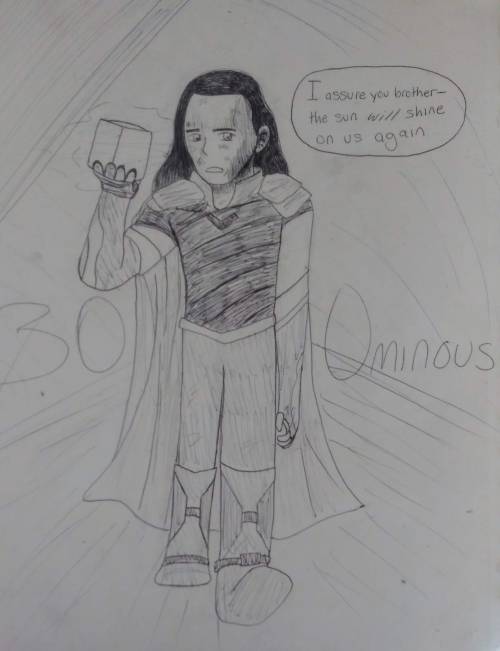 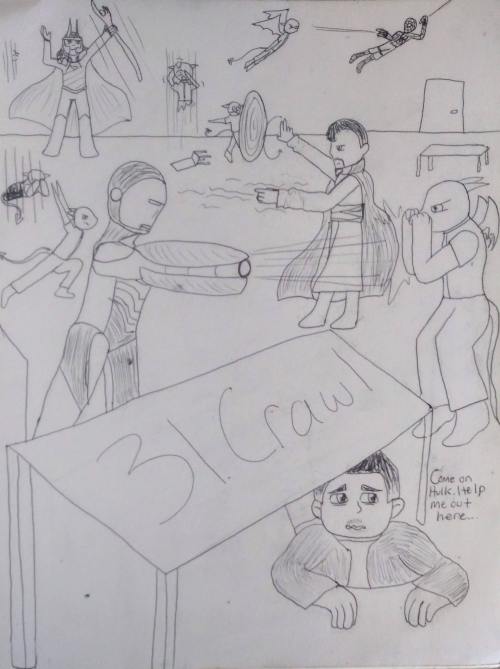 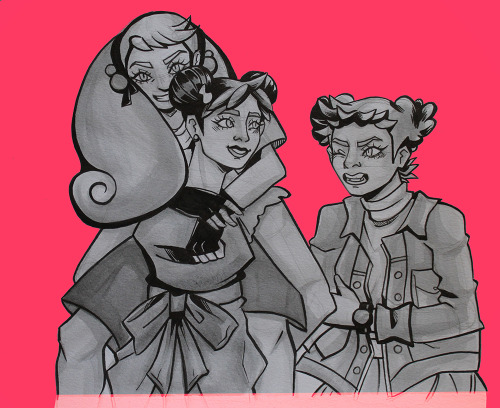 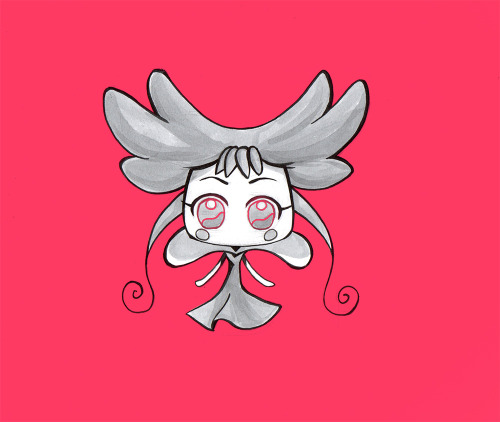 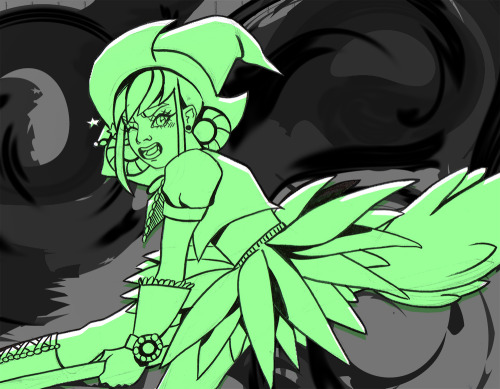 welp my first thought was a dove which is more of a peace thing than hope :/ this piece feels kinda eh to me and I think it’s the dove’s eye lol

#I make myself laugh, #and my girlfriend, #and that’s all that matters to me, #inktober, #inktober 2020, #inktober blade, #study the blade, #blade, #traditional art, #ink
2 notes · See All
wolfdrago8Photo

Warning: implications of substance abuse. In the second picture, it was never meant to glorify smoking, but to downgrade it. This character is…tragic.

This was something I did for Inktober 2020, I wished that I had drawn a warning beforehand.

-looks like something has come up to the surface. This creature my dear friends is a Custodes Mare. More lore on them later on.

-I wonder what’s bothering her?

-Should’ve transformed back into a humanoid form

-what an odd radio. I hope it doesn’t make horrible music

“If life was like that fleeting moment when we first met…when the wind blew the leaves with them before dropping them on the ground again…then I think it was better that I should’ve killed you instead. If I had known what our future may have hold…what you would’ve done to everyone else and…to me…then it was better for me to end you sooner. Maybe then we wouldn’t have to suffer in the end.

“Now look at me…still stuck in the past…after everything you’ve done. As twisted it may be, I still missed your warmth, and for that I hate you for it. You’re the monster…not me…not anymore”. -?????

(Another tragic character you’ll find out sooner or later in my book or by drawings. I’m actually an amateur or rather not that skilled in drawing, because the blood on the blade actually tells a bit of her story. It’ll be miracle if you actually can tell what it is.

It’s the humanoid monster you saw before

These characters belong to me, wolfdrago8, so don’t steal them. The girl in the 2nd picture will literally kill in you sight 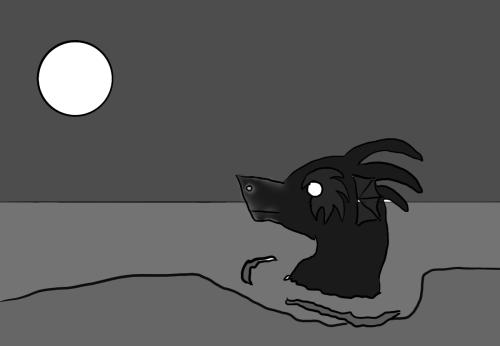 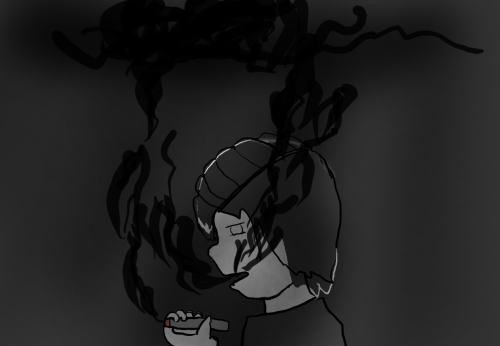 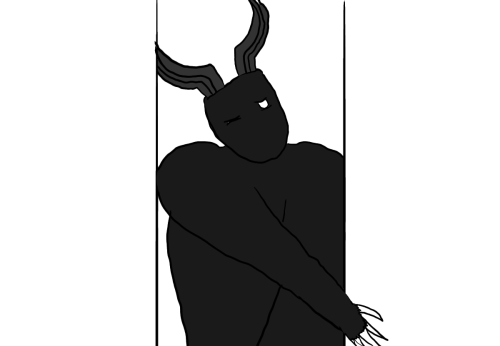 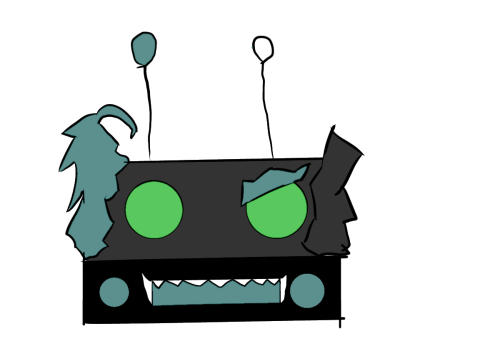 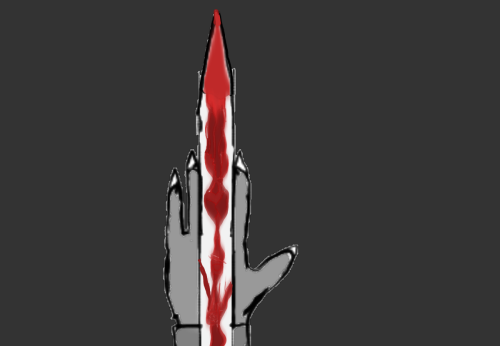 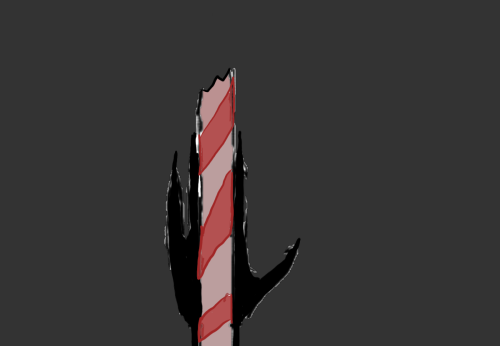 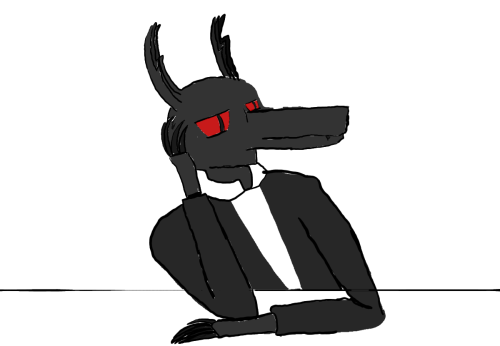 A bunch of Inktober drawings

Hanging out in the space between shortcuts ~ 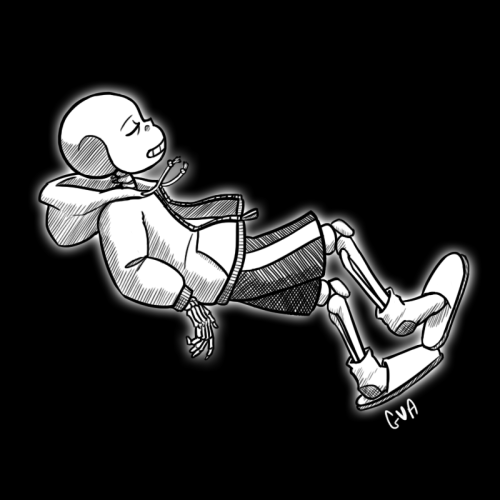 #Inktober, #Inktober 2020, #Undertale, #Sans, #Taking a moment to himself, #You think the void feels like a sensory deprivation chamber?
226 notes · See All
sharklight-artText

Decided to make Valazar for this one •-•

For 2020′s Promptober (Inktober), I did animal (and some plant) prompts I picked at random. 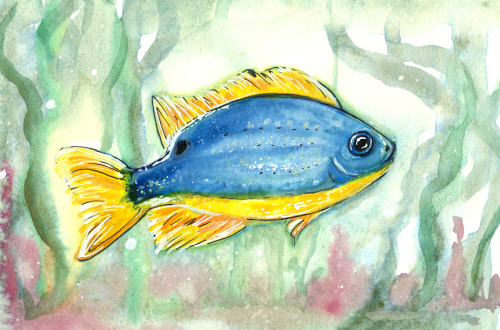 For 2020′s Promptober (Inktober), I did animal (and some plant) prompts I picked at random. 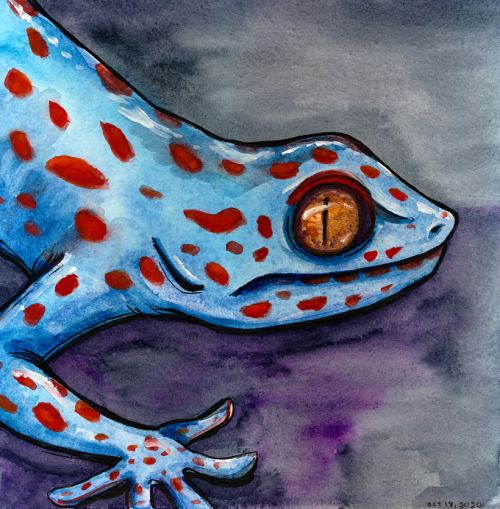 #inktober, #inktober 2020, #float, #king of the red lions, #link, #the legend of zelda, #wind waker, #boat, #sailing, #ocean, #night, #digital ink drawing, #Fanart, #This one was so much fun
68 notes · See All
seakarathedragonText