As you know, today would have been JMU’s 5th Giving Day. We have received inquiries about Giving Day 2020, and we are inspired by your commitment to support CISR during this unprecedented time despite the challenges we’re all facing right now. #JMUGivingDay has been postponed.

While “social distancing” is probably the last thing any of us would associate with the JMU community, it is clear that we are ready and willing to come together even when we shouldn’t get together in person.

Thank you for your commitment to CISR and GO DUKES! 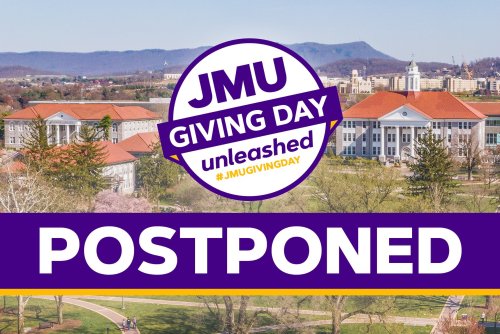 Well, I got the email today. JMU will have no more in-person classes for the remainder of the semester.

I feel like my heart is cracked in two.

#amy rambles, #james madison university, #jmu, #jmu school of music, #i mean, #i know that sounds dramatic, #but that means no hanging out with my school friends, #no visits or chats with my professors, #no more practicing on the beautiful steinways, #no more lively class discussions, #no more game nights at tdu, #no getting to know my new small group, #no hugs and in-person send offs for all my friends who are graduating this spring, #none of it, #and i'm so so sad, #rest in peace my purple and gold heart, #for it is truly broken, #covid19, #coronavirus
1 notes · See All
loverlindseyyPhoto

future sigma kappa? my mom’s in the second row, second from the left :) 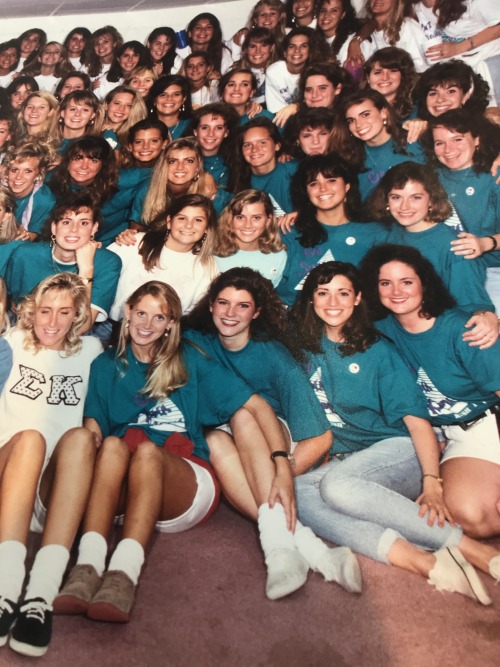 since it’s dec 1st i hung up my JMU wreath

#jmu, #james madison university, #my aunt and mom made wreaths for all of us based on our alma maters, #(though my brother-in-law got a baltimore ravens wreath and my niece got a ballerina wreath), #anyway this is legit my only christmas decor, #kat liveblogs her life
12 notes · See All
gamma-xi-deltaVideo

JMU sororities celebrate the end of recruitment on Bid Day

i’m honored to announce that i’m going to be the featured artist at madicon on march 13th through 15th, at james madison university in virginia!!

i’ll be doing official artwork exclusively for the convention, as well as hosting a panel about my experiences as an artist. i’ll have a table set up all weekend and, of course, i’ll be selling prints of my artwork, both fanart and original work, and possibly offering traditional art commissions as well!!

if you’re in the virginia/wv/maryland area, i’d love to see you there!! it’s a fabulous, fun little con whose organizers have supported me since i first started my business, and i couldn’t be happier to be working with them. and if you’d like more info about the con, just let me know!!

thank you to everyone who enjoys what i create, and thank you to my friends who inspire me to keep going!! 💕

#madicon, #james madison university, #the main posts about it are on facebook but i don't use facebook so i can't link them. rip, #but y e a h this is a thing, #i'm getting back into the swing of art stuff and i promise i'll post regularly again soon!!, #thank you all for being patient and supportive
32 notes · See All
the-music-keeperText

That Semester I Became A Meme

Considering there wasn’t enough room in either of the other posts, we’ll put the miscellaneous things in with the jury pictures.

The first row is made up of post-jury pictures. We had juries the first week in May, and I had two singers and one bassoonist to accompany.

The second row is made up of snowy fun – and a meme my InterVarsity small group turned me into.

Top row, left: Me and Lucy, one of my singers. I loved working with her – she has a gorgeous voice, and she was prepared! (Very important). Unfortunately, I’m losing her to the communications major next semester, so I won’t get to perform with her anymore.

Top row, right: Me and Kareem, my other singer (and the one who got stuck in the tree). He’s so funny and fantastic, and I loved working with him, too. I think I might get to retain him for next year – he’s expressed interest in having me accompany him again, and I’m certainly interested myself.

Second row, left: We had a few dumpings of snow in January, and someone took the opportunity to make a snowman into one of JMU’s conductors. His name is Foster Beyers – the picture says Froster Beyers. *snicker*

Second row, middle: A view of Wilson Hall during one of the snowstorms.

Second row, right: This one requires some backstory. My small group from InterVarsity took some group pictures before finals, and before one of the pictures, somebody suggested we all make a hand symbol. After some deliberation, we decided on the hand signal for the letter H in sign language. H stood for Homeskillets, our group’s name.

Anyway, I was afraid the signal would look like a gun, so I tried to move my hand well in front of my face to show that it wasn’t supposed to be a gun. I failed, my friend Dyana screenshotted my picture and made the meme, and a good laugh was had by the entire group.

So that’s how I became a meme.

That Time I Finished the Second Semester of Sophomore Year

And wow, there’s a lot to cover! There’s so much, in fact, that I’m going to have to make three separate posts because I have too many pictures to share!!!

The first four pictures are from my trip to New York to see @celtichufflepuff during spring break. I took the train up to NYC, where she and I spent the afternoon before heading back to the Culinary Institute of America to pick up her boyfriend, Jared, and have dessert at two in the morning. (I spent half an hour ranting about the minute differences between an archlute and a theorbo. Basically, I’d mislabeled an archlute on display at the Met, and I wasn’t happy about it. I’m surprised I didn’t scare him off right then and there, as this was his first impression of me. *facepalm*)

The next day, Cait and Jared showed me around the campus, and then we went shopping in Hyde Park and drove to the Palisades Center. Then we drove back in a snowstorm while listening to Epic Rap Battles of History.

The rest of the pictures were taken at or near JMU.

Top row, right: A view of the Hudson River from a bank sitting below the Culinary Institute of America.

Second row, left: Me, standing next to one of the first pianos Cristifori ever made. There are only three Cristifori pianos surviving today, one of which is on display at the Met, and I almost started crying when Cait and I finally found it. Seriously, it took forever to find the instruments gallery.

Third row: Remember that piece I posted last night while I was spamming you with music? The one with my name on it? That got performed at JMU, and the picture above is a screenshot of the video that was made.

Fourth row, left: One of the vocalists I accompanied last semester climbed up a tree but had no idea how to climb down.

Fourth row, right: One of the Master’s students I’m good friends with, Alan, had his graduation recital last semester. He’ll still be in Harrisonburg next semester, though, which I’m really grateful for cause I don’t want him to leave.

Fifth row: Yawsameen had an early birthday party, and the attendees formed teams and decorated cakes! Then we video called lots of different people to see which cake won the decorating contest – my team won!

Left: A beach cake created by Dom and Elizabeth. (This one was Cait’s favorite.)

Middle: A very colorful and textured sunburst cake created by yours truly and Gloria, another Master’s student. This one was crowned the champion.

Right: A piano cake created by Yawsameen and Annaliese.

There is a reason I have so many more pictures and stories to share this semester. After my seizure in November, I did some serious self-reflection, and one of the things I realized about myself was that too often, I had put school and grades ahead of the people that matter most to me. Not that those things aren’t important, but after a while, employers don’t care about your grades or your GPA anymore. Relationships, when done right, have the capability to last a lifetime.

So I decided that I had to make time for my friends and cultivate the relationships I’ve made, both at school and at home. To do that, I had to make an effort to go places when I was worn out from the day. I had to be present when I was with my friends. I had to listen and know when to offer advice and when to keep my mouth shut. I had to be the friend I wanted to have.

And friends, the efforts I made, even when I was tired or upset or thought no one would want my company, returned a much greater reward than I ever could have wished for. I hope the people I love so much have found in me a much better friend than they did at the beginning of last year.

So here’s to success, and here’s to next year!! I can’t wait to see everything God has in store.

Bonus: Here’s the live performance of my piece, “Cardinal in the Cold”! 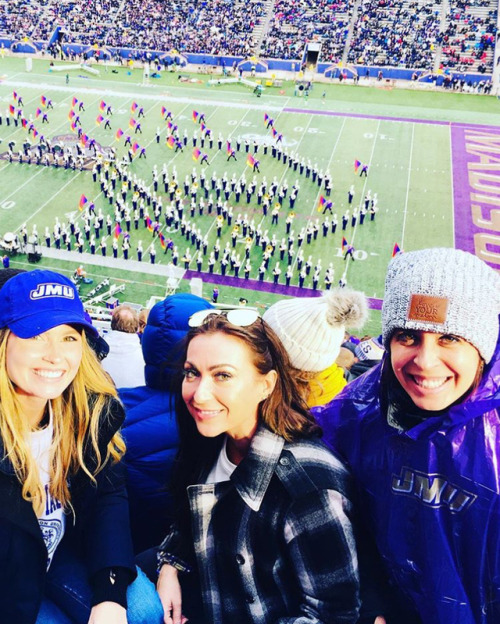 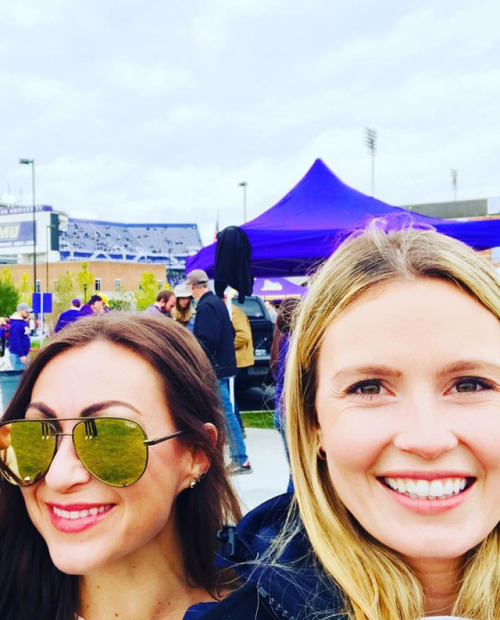 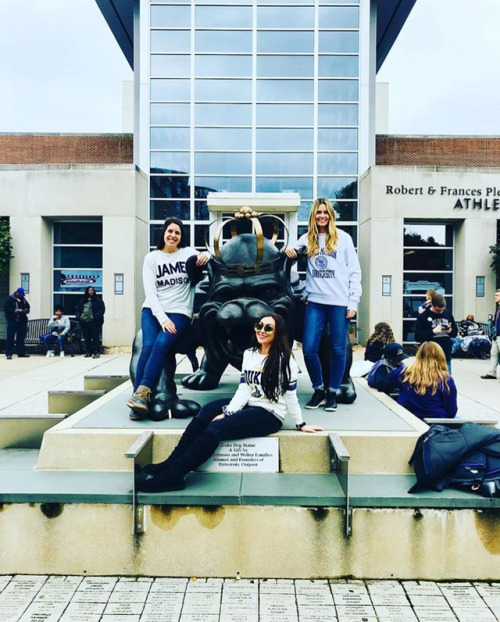 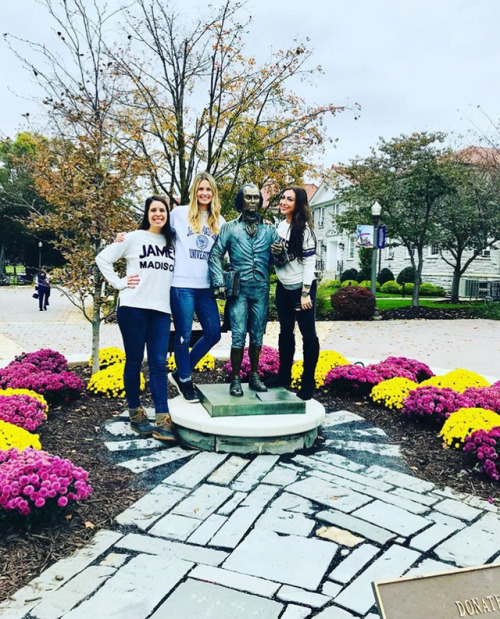 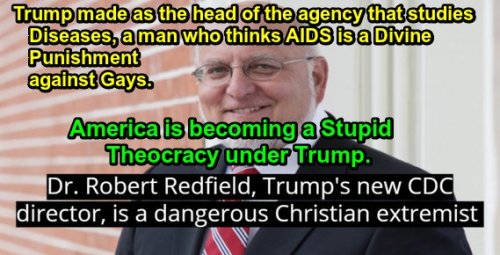 Well, I’ve made the big move! I am now in Harrisonburg VA ready to start my doctorate in August! I’ve been getting accustomed to the city, and meeting a few of the other DMA students. I am so happy here and I feel like this could be the start of an amazing life for me.

External image
The Republican nominee to succeed 6th District Rep Bob Goodlatte will be selected at a May 19 convention, but there is a dispute brewing about the voting method to select that nominee.

External image
But it was the Dukes who seized momentum in the third quarter.

External image
Over weekends throughout the summer and fall, McGary been scouring the property with ground-penetrating radar.

James Madison also blocked a punt for a touchdown.

The Dukes showed Saturday that their defense was able to dominate anyone in the country. 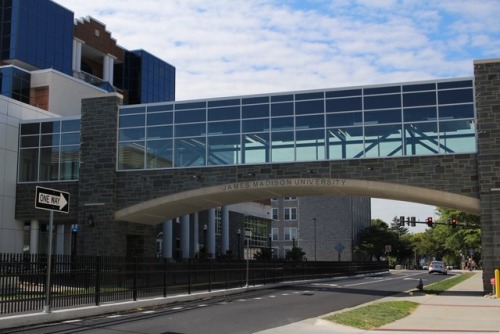