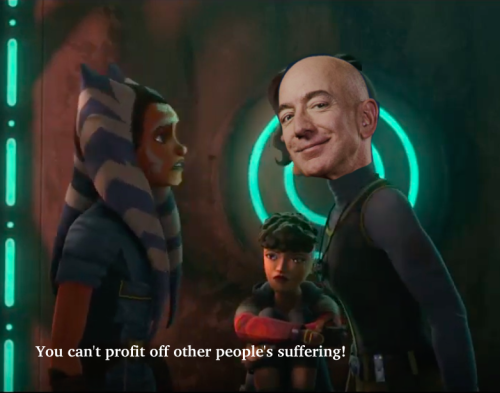 V inspired by Trevor Henderson for this one :) 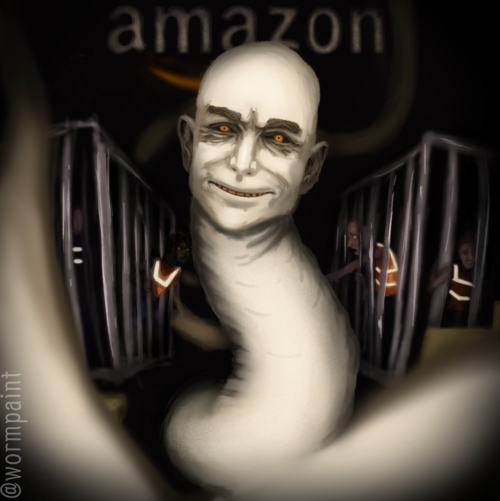 Does anyone have any suggestions please

Working on his desk that he made of his door.

That is my phone and it’s my screenshot.

whenever I see this picture It gives me a boost of energy.

It shows me that success takes time and I know that… https://t.co/RcaSZNkejq

Employees at Jeff Bezos’ aerospace firm Blue Origin are outraged that senior leadership is pressuring workers to conduct a test launch of the company’s New Shepard rocket — designed to take wealthy tourists into space — while the COVID-19 pandemic devastates the United States. 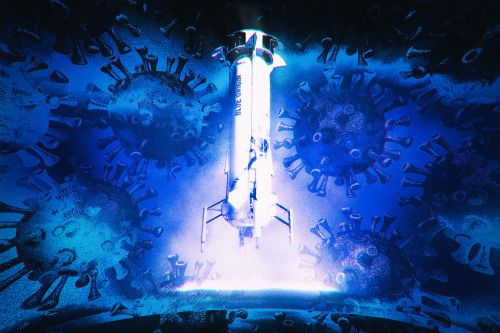 #hellooooooo, #covid 19, #jeff bezos, #silicon valley, #maybe if you paid your taxes and used your sizeable resources to dismantle corruption!!!!!!, #we wouldnt be in this goddamn mess
0 notes · See All
morcantaLink
Fox News on Instagram: “Amazon founder Jeff Bezos says he plans to donate $100 million to food banks across America in wake of the coronavirus pandemic.”https://www.instagram.com/p/B-gggOcHvDd/?utm_source=ig_web_button_share_sheet
#jeff bezos
0 notes · See All
lightfangx-thosewhofellbeforeText

Jeff Bezos is one EVIL motherfucker.

I swear, every time Jeff Bezos has an opportunity to do something which could meaningfully affect my opinion if him and downgrade him from “Real Life Lex Luthor”, he does the opposite thing and just cements that opinion further.

Bezos is out there launching smear campaigns against employees demanding healthier working conditions with better medical care and screenings, while guys like Bill Gates and Richard Branson are going “You know what? That’s a damn fine idea. You know what else? I’m richer than God, and I’m gonna find a way to get you guys what you asked for.”

There are relatively responsible billionaires who try to balance money with the weight those huge piles of money put upon their souls, and there are irresponsible ones who jump off the slippery slope.

And the icing on the cake? When Washington Post started criticizing him more than he liked, he up and bought the whole damn company.

LEX LUTHOR LITERALLY DID EXACTLY THAT IN THE COMICS.

“If you’re an Amazon customer, here’s how you can practice real social distancing: stop clicking the “Buy now” button. Go to the grocery store instead. You might be saving some lives.

And to Mr Bezos, my message is simple. I don’t give a damn about your power. You think you’re powerful? We’re the ones that have the power. Without us working, what are you going to do? You’ll have no money. We have the power. We make money for you. Never forget that.”

Say u make £80 a day, everyday when you finish work and you put 10p of your change in the charity box at McDonald’s or at the   shops on you way home, that’s 1.25% of your daily salary, if you were Jeff you could be giving over 2million pounds at the end you your work day each day and it’d be the same %

Jeff Bezos to the rescue when comes to donating during a crisis.

On Thursday the Amazon billionaire donated $100 million to help the nation’s food banks to beat the coronavirus.

Bezos announced he’s sending a $100 million gift to the non-profit organization Feeding America to help replenish its national network of food banks and pantries … with the goal being “getting food to those countless families who need it.”

Jeff says food insecurity is a problem in the U.S. even during ordinary times, but “COVID-19 is amplifying that stress significantly.”

That’s because many non-profit food banks rely on donations of excess food from restaurants, and as you know … many restaurants are now closed. Bezos says to make matters worse, the supply is dwindling … but demand is going up.

That’s where his huge donation will come in “to support those on the front lines at our nation’s food banks and those who are relying on them for food.”

He has 120 BILLION DOLLARS

I understand that the 100 million will help but it’s nowhere near enough. He can do so much more (and especially more to help/protect Amazon’s workforce right now) and there’s absolutely no fucking reason for him not to.

Fired Amazon Worker: Amazon is a “Breeding Ground” for Coronavirus; Jeff Bezos Should Be Prosecuted