It’s funny, Jiang Cheng thinks, how easy it is for some to pretend like nothing happened. To forget.

Through the years many people praised his great memory. What would they say if he said he hates it? That for him it is more of a curse, than a gift? Ungrateful, he thinks. Can’t appreciate anything.

He remembers the night he met Wei Wuxian in vivid detail. The dirty clothes he was wearing, the shaky hands and wet cheeks. He remembers, when father took his digs and when he run through the woods to look for the other boy.

He remembers every word his mother said to him and every silence from his father.

Every praise a-jie gave Wei Wuxian and every time Nie Huaisang told him he should be more fun.

He remembers the three months looking for Wei Wuxian with Lan Wangji.

Remembers the cold grounds and caves and rooms at inns that were never comfortable enough.

Remembers Lan Wangji’s warm body curled around his, and his lips softer than he expected touching Jiang Cheng’s.

Remembers how they would spend their nights talking instead of sleeping.

Remembers the last time they did, before everything went to shit. Or, well, a bigger shit than it was.

Remembers the look in Wei Wuxian’s eyes when he let go and Lan Wangji’s scream.

Remembers the years and years of leading a sect and taking care of a child, a teen.

The first time Jin Ling doesn’t accept an invite to Lotus Pier and is seen in the presence of the Yiling Patrirch and his group of juniors.

He remembers everything and he hates it.

“You have a great memory, A-Cheng!” He remembers his sister saying years ago, when he was no taller than her waist.

He wishes he didn’t.

*VIOLENTLY COUGHS AND CLEARS THROAT* so hey everyone, I’m alive yes….uh here’s some rough sketches of my new obsession…based on the song from ‘Anastasia’ the musical, in a crowd of a thousand. I need someone to animate or at least make a 50 k fic of this…this sounds like such a good idea. Also, fuck term papers.

Yet Another Beautiful Family Portrait

Jiang Cheng: okay you know what YOU’RE IN TIME OUT. GET ON TOP OF THE FRIDGE. GET UP THERE

Then i had my best friend react to mxtx characters

if you enjoyed my fics consider throwing a kofi at me, i’d be super grateful considering *wave hand* everything

the best lies are… (E, outdor sex, sex pollen misunderstood as a little lie for sex)

it lurks inside you (T, canon-typical violence, schizophrenia, creepy fluff, LBH learns why his shizun hates him; it’s not what he expected at all)

fuck up the brat (E, time travel, role reversal, smut, LBH gets back in time, gets bored and feels alive only when bullying his disciple SJ)

the curse of the belly (G, omega verse, fluff, pregnant SJ bullies the Peak Lords then his mate) part of the Qijiu week 2020

thy resignation (G, age regression, Qi deviation, parenthood fluff & humour, YQY gets de-aged and SJ must suffers the presence of another teenager in his life) part of the Qijiu week 2020

eyes on me! (G, fluff, PDA, ancient date with millennial beverages, SJ doesn’t like when YQY’s attention is taken from him during their date)

masterful vengeance (G, soulmate identifying-marks, fluff & humour, LQG stole something from SJ so he enacts his vengeance upon the pretty face) part of the series Liujiu week 2020

got off on the wrong foot (M, 3zuns/chengxian body swap, awkard boners, jealousy, JC and WWX wakes up in the wrong bodies)

DOG is an anagram of GOD (E, Quan Yizhen/Yin Yu, fluff & smut, awkward romance, semi-public sex, the faithful dog god following Yin Yu decides to licks shows him how much he loves him)

Whoops, don’t mind me, rocking up 7 months late with this prompt fill 😅

So this wound up being over 6k, so here’s an excerpt, the full fic can be read here on AO3

“You have never asked me to come to Gusu before,” Jiang Cheng said some time later, when Lan Xichen was on his third cup of tea and kneeling closer to the bath than he’d intended to.

The food was growing cold, but Jiang Cheng showed no signs of moving.

Lan Xichen studied him. He was still sitting with his eyes closed, but he was far from relaxed. There was tension in every line of his body. He was holding himself as if he was ready to leap out of the bath and run. It was difficult to look at his body in such readiness, so Lan Xichen abandoned is place kneeling beside the tub and moved behind him, picking up a comb and gently working it through his hair.

“You have never asked to come,” he replied carefully.

It was not the first time he had combed Jiang Cheng’s hair while he bathed and, for a moment, he wondered if Jiang Cheng had taken it down precisely in the hopes Lan Xichen would comb it. He had admitted once he found the gesture soothing, that he liked the feel of Lan Xichen’s hands in his hair. It had been a rare expression of want from him, but he had been drinking at the time.

Jiang Cheng made a dismissive sound that Lan Xichen could not begin to guess the meaning of. Was it that he did not wish to go to Gusu, or that he did and he expected Lan Xichen to already know?

How had they come to this point? How had Lan Xichen failed so completely to notice that they never talked about what they wanted? That they barely talked at all anymore?

“You never expressed any interest in anything more than me coming here to you,” Lan Xichen continued. The conversation was long overdue, even if he had not realised until just before dawn that very same day. “And you never ask for that either.”

Jiang Cheng didn’t speak, and the only sound in the room was the soft slide of the comb through his hair.

Lan Xichen breathed slowly, focused on the feel of the comb in one hand and the hair he was holding in the other. He didn’t want to ask, but he knew he had to, knew he should have asked it a long time ago. Even if the answer was as he had always assumed, the question still needed to be asked. It would lead them to everything else.

“Jiang Cheng, do you really want me here?”

The hair slipped from his hand as Jiang Cheng turned in the bath, gripping the edge and staring at him with an expression Lan Xichen didn’t understand.

He knew that Jiang Cheng wanted him, that was obvious whenever they were together, whenever Jiang Cheng whispered pleas for him to stay only to forget them by morning.

But Lan Xichen needed to hear it in the light of day. He needed to see if Jiang Cheng could say it. If he trusted Lan Xichen enough to say it to him.

He averted his eyes and lowered his hands to his lap, holding the comb tightly as he waited. The questions that would follow would be harder, he had to prepare.

“You know that I do,” Jiang Cheng finally said, his voice low, almost angry.

Lan Xichen closed his eyes. “In what capacity?”

The anger was more obvious. Lan Xichen opened his eyes to see it twisting Jiang Cheng’s features, but not his eyes. His eyes held nothing but fear.

Read the full fic on AO3

Brother, Do Not Go

When grief and war has left us both hollow.

This distance renders us estranged

With our reputations now forever changed.

What is home when family is ripped apart?

And words and deeds deeply pierce the heart?

For years without you I have cried

Will you ever again be at my side?

Brother, Do Not Go

When grief and war has left us both hollow.

This distance renders us estranged

With our reputations now forever changed.

What is home when family is ripped apart?

And words and deeds deeply pierce the heart?

For years without you I have cried

Will you ever again be at my side?

Summary: When Jiang Cheng joined this camping trip, he didn’t realize it would mean sleeping in the same tent as Nie Huaisang. Now it’s nighttime, and Nie Huaisang won’t stop complaining that he’s cold. Apparently he expects Jiang Cheng to do something about it.

Modern AU, Sharing a Bed (except it’s a sleeping bag) - read on AO3

He ignores the voice, instead focusing on the chirping of crickets in the forest outside the tent walls.

He opens his eyes. He is lying on his back in his sleeping bag, hands folded over his chest. His fingers dig into his knuckles in irritation.

The cramped tent space was pitch black when he closed his eyes a few minutes ago, but now there’s a faint, cool light coming from the screen of a phone. He furrows his brow at this unwanted brightness.

I love most of the characters the intensity of my colouring indicates how much love I have for them. 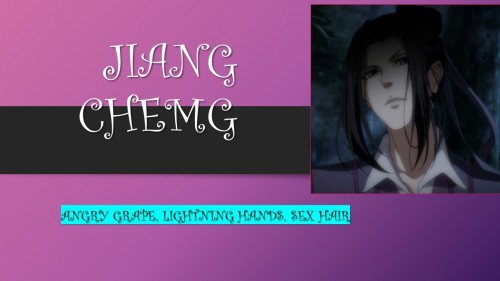 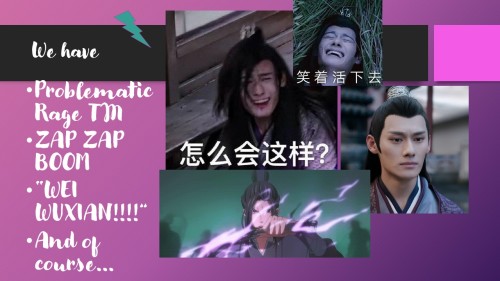 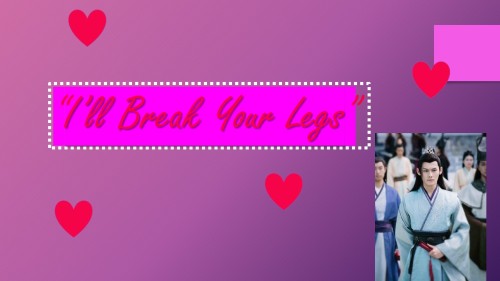 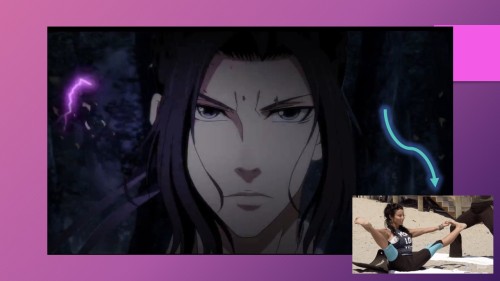 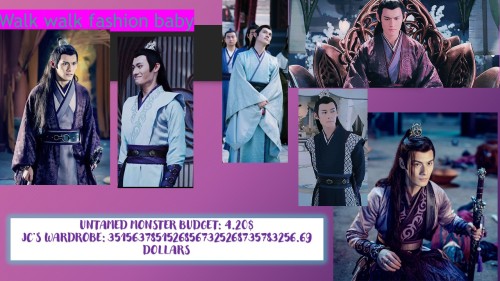 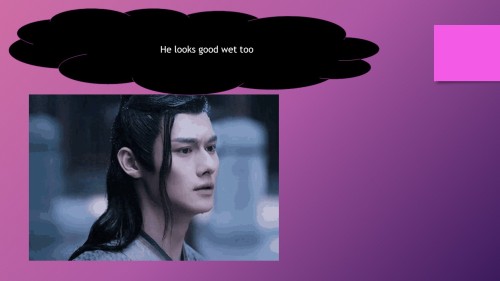 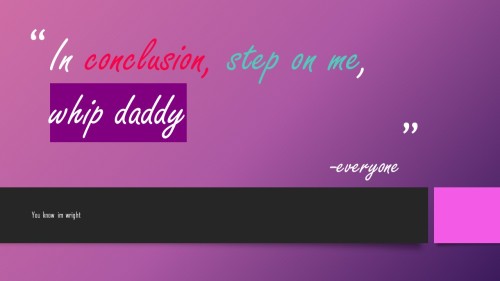 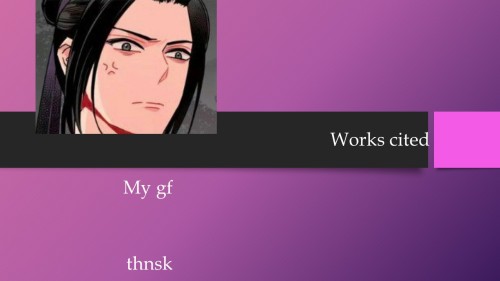 yunmeng bros in a nutshell

Lan Huan’s One and only baby brother,

LXC: You do, Ever since new year, you kept reminding me everyday about Wanji’s Birthday 😘

I’m so excited for @spiraling‘s new fic If Wishes Were Fishes or There Are a Million Ways to Magically Acquire Babies in Ancient Fantasy China & JC Is About To Learn All of Them XD In case you were wondering each of these babies’ blankets is patterned based on what they appeared from! And poor JC just wants some sleep. 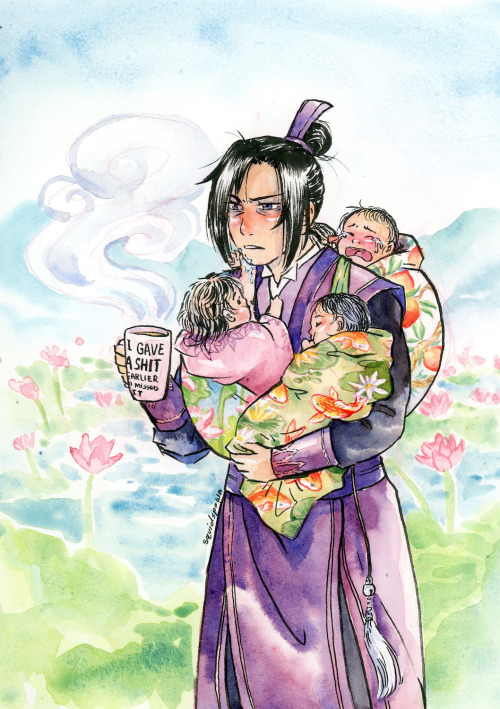