The confidence and poise of Wei Wuxian telling Jin Ling to get all his fighting in while he’s young and it doesn’t count when Wei Wuxian spent his entire adolescence and early adulthood attacking Jin Ling’s dad with progressively more serious consequences until he eventually died about it.

a redraw of a piece from last january!! 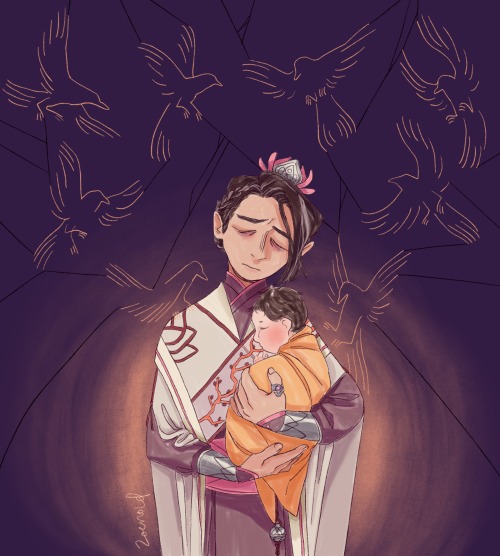 A-Yuan, so unfilial! Who taught you everything you know about living rough, huh? You think I can’t even roast a meat skewer properly? You’d have Jingyi do all the cooking instead? How can you say such horrible things with a straight face? You must get all that calm from Lan Zhan. That’s a good thing, ah! Keep smiling, but don’t look now. There’s something behind you.

I made another meme.

Huan is a little bit bigger than Fairy 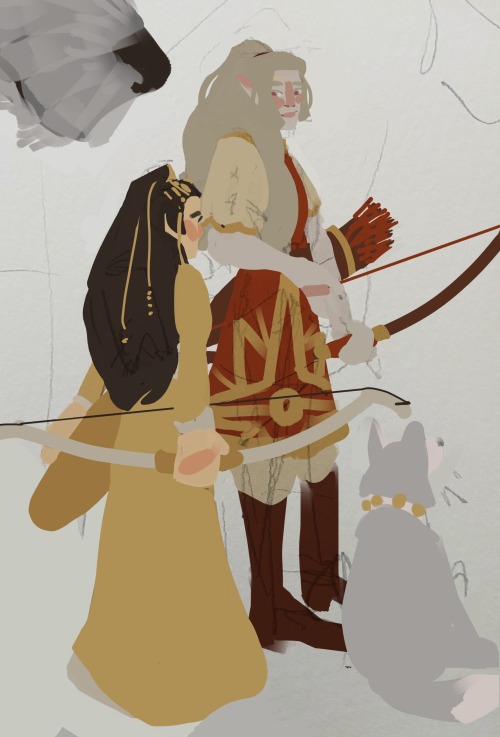 Lan Sizhui, a savage: You’re about as funny as my dad is! :)

Jiang Cheng: 😰 I just… the asshole or the stoneheart?

Lan Sizhui: Yes! *starts to leave to follow the other juniors*

Jiang Cheng: …you get your bitch ass back here right now I will not stand for this mockery-

Lan Sizhui: Secrets? Okay, my biggest secret is that I like to take the smaller bunnies into meetings. Not for my comfort, to amuse Baba and Bobo.

Jin Ling: *crying* that’s not what I meant but go on

“It was a serious problem” 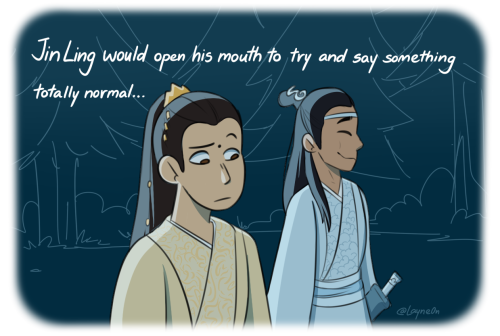 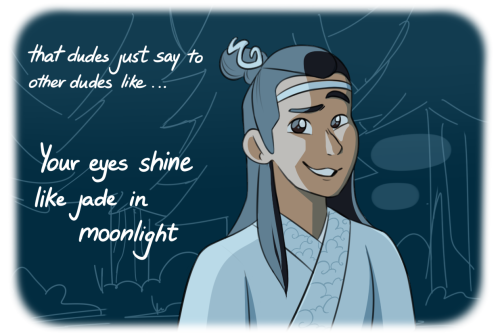 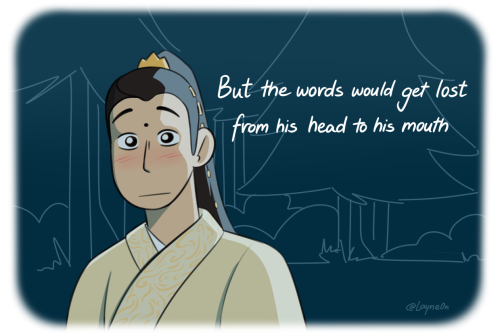 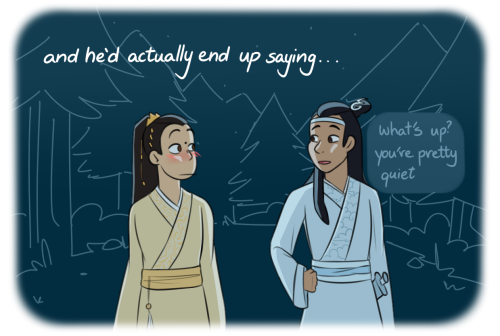 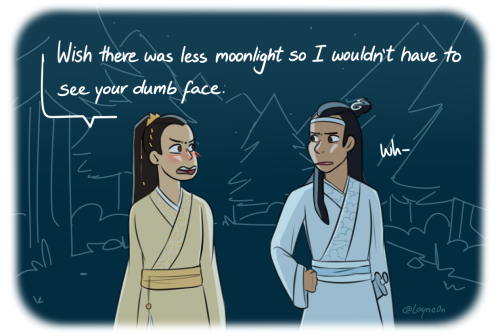 Remember that #danmeitober2020 challenge ? Here some of my fave drawings of that month! Pt1 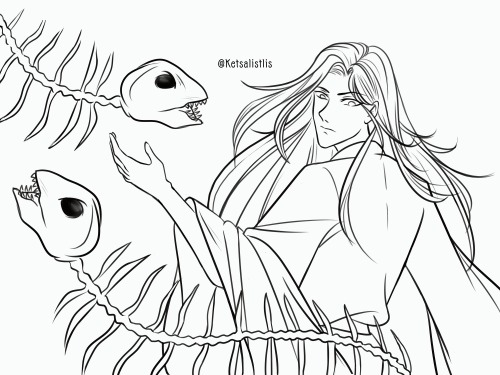 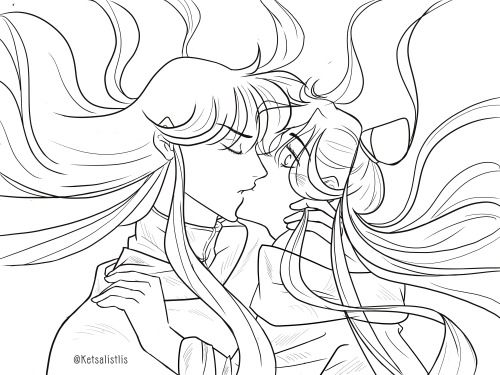 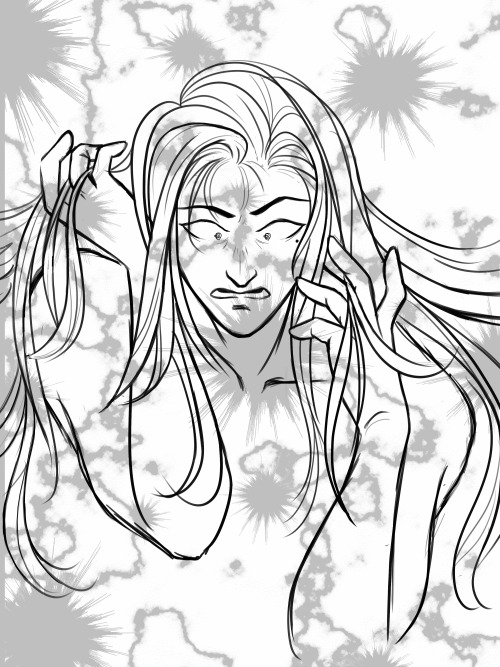 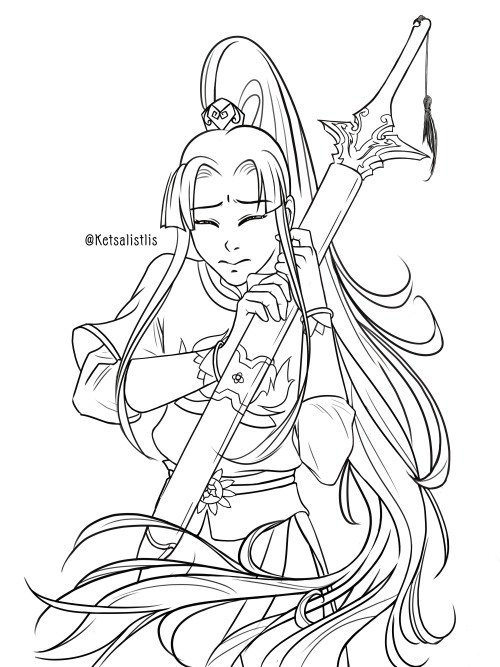 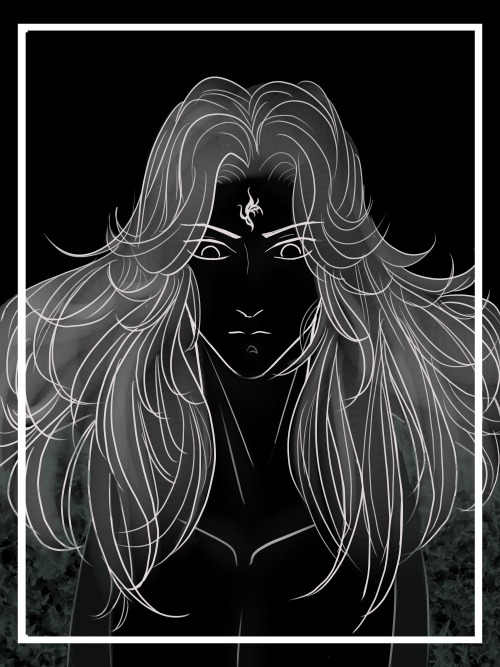 Lan Jingyi: who is she though

Ouyang Zizhen: and why have these star-cross’d lovers not taken life by the fatal loins yet

*Wen Ning has left the chat*

Jin Ling: my father looks down on you with disappointment

Lan Jingyi: FOCUS WHO IS SHE

Jin Ling: yeah we almost shared an uncle it’s fine it’s not like I lie awake at night dreading this possibility or anything

Lan Jingyi: wait i thought that one was gay

Ouyang Zizhen, rolling up his sleeves: only one way to find out

Lan Jingyi: HIS WHAT

Ouyang Zizhen, clutching his notes: Jin LiNG WHAT ARE YOU SAYING

Jin Ling: ugh okay he was crazy into some doctor chick sizhui’s vaguely related to but you didn’t hear it from me or they’ll yeet me off a cliff

Wei wuxian: Is there a spirit in the house?

Jiang Cheng: Good, your rent $500 every month and it’s due every first.

Listen, Jiang Cheng might scream and threaten and be a general ass to his nephew, but the fact remains that the second Jin Ling’s in trouble, the person he goes to is always JC, and that says a lot.

it’s amazing what baking can do

Cloud Recesses always smells like fresh grass and the earth after a light rain, a part of the mountains in an intrinsic sort of way that seeps into Sizhui’s bones until he, too, feels steady in the bedrock. It’s comforting, familiar. An unshakable truth.

“Why does it smell like something died in here?”

It’s Zizhen’s question but Sizhui echoes the sentiment– why does it smell so foul in the kitchens?

“It’s the fish,” Jingyi explains, scowling from where he’s dangling half out the window as if in a desperate bid for fresh, breathable air. Sizhui can relate, to be fair.

“The fish?” He asks when it’s clear that neither Jingyi nor Jin Ling will elaborate further without prompting.

Jin Ling glowers. Or, well, he tries to. His face is half-covered by his sleeve while his other hand holds a soggy paper bag as far away from himself as possible. If gambling weren’t forbidden, Sizhui would bet that’s the unexplained fish. “I bought it in the market.”

“Yeah,” Jingyi grumbles from the window, “cupcakes not a three-course meal!”

“Did you check the group chat?” Sizhui asks, frowning helplessly at the whole thing, “I’m pretty sure we agreed on the cupcakes there.”

“Also, why would we cook a fish to a bake sale?” Zizhen finally detaches from the doorway to make a beeline for Jin Ling’s rotting fish. His nose scrunches up, “and why would you buy that?”

“I didn’t know it was bad, it wasn’t smelling like that when I bought it,” Jin Ling turns his glare to the paper bag, giving it a sad little wiggle. It squelches wetly. “Ugh, can we just throw it down the garbage disposal or something?”

Resigning himself to losing his sense of smell, Sizhui bravely sets follows Zizhen into the kitchen. “No, that would probably clog the sink. Just throw it in the trash.”

“And label it a biohazard waste,” says Jingyi, jumping down, sneakers lighting up cheerfully.

“Don’t be mean,” Zizhen reaches across the table to poke Jingyi’s shoulder, “it was his first time in a market,” turning back to Jin Ling, he pats his head with the wise air of someone who’s barely a year older than Jin Ling himself, “you got scammed at the farmer’s market, but that’s okay. We still love and support you.”

Hostess: Before departure make sure all small items are safe

Lan Jingyi: Do you feel safe?

Lan Jingyi: Oh no, I think you broke him

Jin Ling: Jingyi you fucker you said he will like it! *hits jingyi*

Jingyi: *I wonder what will happen to him on their first night*

one child vs four maladjusted uncles 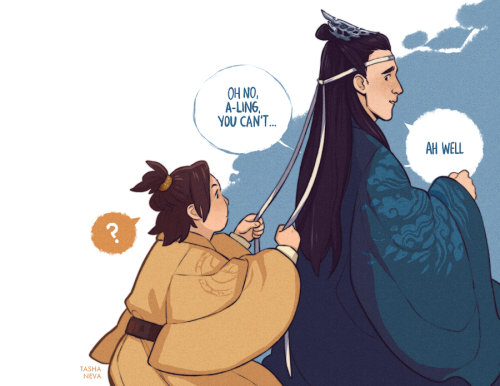 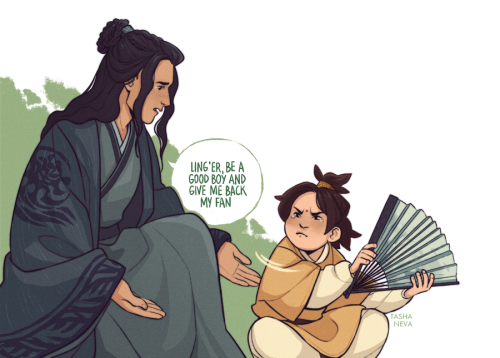 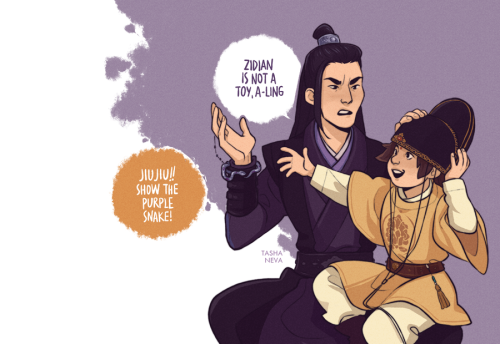 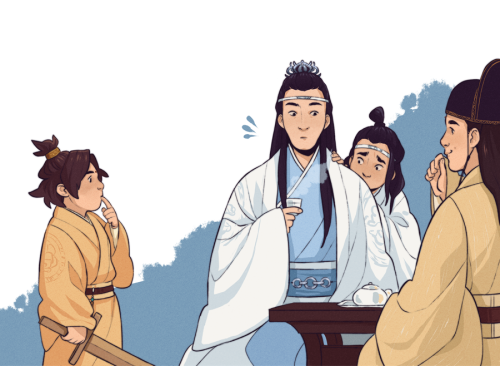 In the Guanyin temple scene, I feel like death-by-Baxia was Nie Huaisang’s preferred method of killing of Jin Guangyao, because that’s as close as NHS could get to Nie Mingjue avenging his own murder. But instead when Baxia decides to go after Jin Ling it’s like that one “hot milky” meme:

Wei Wuxian: who are you trying to kill? 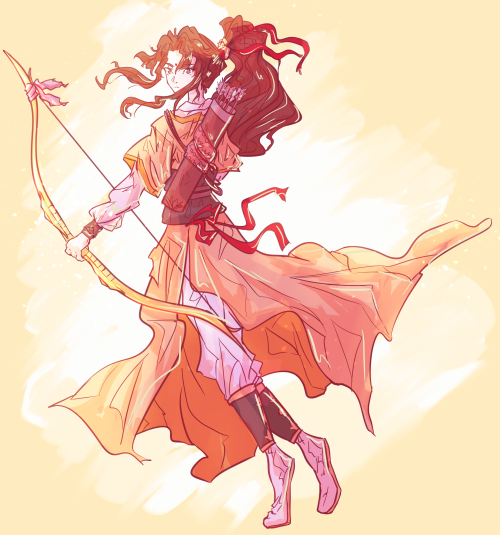