Trending Blogs
#KXL
infinitearkText
#KXL, #kairos, #G-8 forever, #lazerbeamjesus
0 notes · See All
paladinsofvoretronChat
my bf, trying to debunk my klance: well wouldn't you stare at me for six seconds in awe if i suddenly had bigger muscles and was taller after a couple weeks?
me: yes BECAUSE IM GAY. LANCE IS BI AND HAS THE HOTS FOR KEITH. BYE AS FUCK
#kxl
4 notes · See All
liberalsarecoolPhoto

Both parties are not the same. 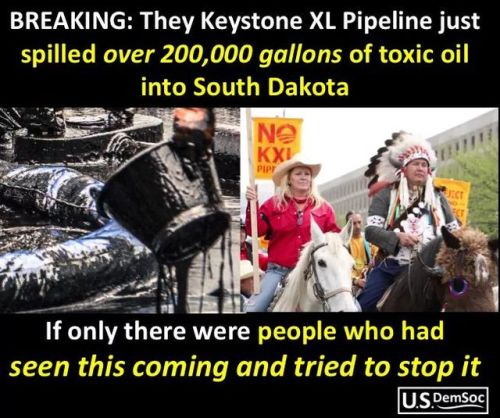 Protested Chase Bank today for their funding of the KXL Pipeline which runs through indigenous lands and pulls up tar sands.

Didn’t get arrested and the bank I was at shut down for the day so I’d say that’s a success. Might go protest more later, not too sure.

All of you who do business with Chase Bank should pull out your money and move it elsewhere. Make a statement, protect our indigenous family and their land. Stand up for what’s right. We have 10 years to fix our planet or we won’t have a planet at all. Support divestment of fossil fuels! 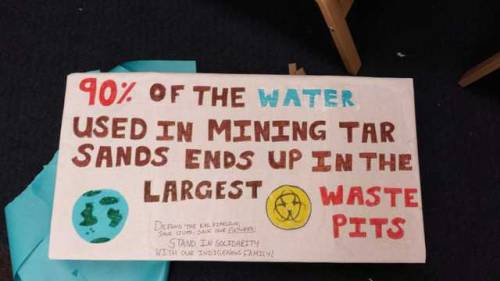 Today I went to a protest against the DAPL. We protested in front of a local residential Trump building. This one guy was completely still and just staring at us through the 20th floor window. Someone pointed him out and we all waved to him and raised our signs. He kept shaking his head in disapproval and walked away from the window.
10 minutes later he came back to the window and was recording us protesting with his phone. We all cheerfully waved. I pointed it out and this guy shook his head again like “why did you ruin my video.”

fliers i made to hand out at a rally against the dakota access and keystone xl pipelines @ colorado springs city hall this afternoon!

“Ancient Lakota prophecy tells of a black snake that will attempt to cross the water. They say that if it succeeds, it will poison the water and the land and bring about the end of the earth as we know it. In the prophecy, it is stated that the tribes must come together to defeat the black snake. Now, in solidarity with the largest gathering of Native American tribes in modern history, people all over the country, and the world, are coming together against the construction of the DAKOTA ACCESS PIPELINE.

The DAPL route stretches from North Dakota to Illinois, passing through South Dakota and Iowa, through tribal lands protected by the 1868 Fort Laramie Treaty, which guarantees that the Standing Rock Sioux Tribe shall enjoy the undisturbed use and occupation of the Standing Rock Indian Reservation. DAPL is also set to route under the Missouri river, a vital habitat to native wildlife and a source of drinking water for millions of people. Sunoco Logistics, the future operator of DAPL is responsible for more spills than any of its competitors, over 200 SPILLS SINCE 2010.

KEYSTONE XL PIPELINE, running from Canada to Nebraska, was struck down by President Obama, because it would carry tar sands crude oil, which is especially greenhouse gas intensive due to energy used to extract the crude, and would result in a major contribution to climate change; seconded by the State Department.

SO, WHAT CAN YOU DO?

DONATE to the camp at Standing Rock at
standwithstandingrock.net/donate or
gofundme.com/sacredstonecamp

To see if your bank is funding DAPL, go to:
defunddapl.org

To see sources for this flier:
docs.google.com/document/d/1JyehOD2iUFif5O4H1s6bxT277wt6Pi9jIpR4ZWeNa94/edit 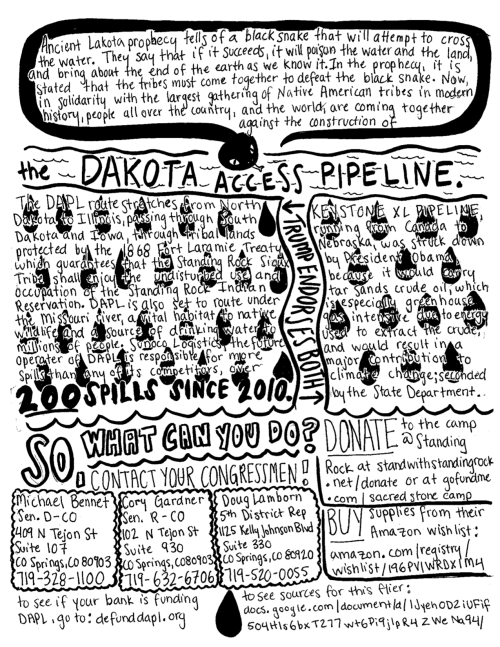 Signing the DAPL and the KXL wasn’t a way to “create jobs for Americans in the US” it was a way to give the oil industry what they wanted, it was a business transaction, and it was because he genuinely doesn’t give a shit about the Native’s of America and the welfare of us all!

#DAPL, #KXL, #native rights, #native american rights, #water pollution, #pollution, #ecology, #environmentalism, #oil industry, #greed, #government corruption, #corruption
14 notes · See All
allthecanadianpoliticsAnswer
Hi, is there anything Canadians can do about the Keystone Pipeline? i figure since it involves Canada too there might be something we can do? Would calling my representative in my area be a good place to start? 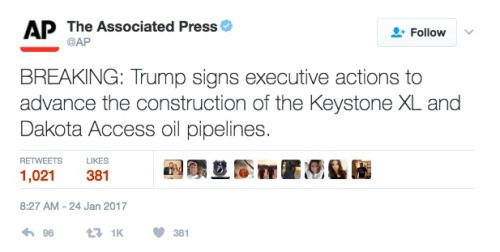 #kxl
0 notes · See All
allthecanadianpoliticsAnswer
Have there been any updates on the Keystone pipeline recently? I'm unsure as to whether or not it's still even happening.

Unless the Republican Party gains control of the White House in 2016, the oil pipeline will remain dead. Justin Trudeau does want this pipeline built, but without buy in from the USA its dead in the water. 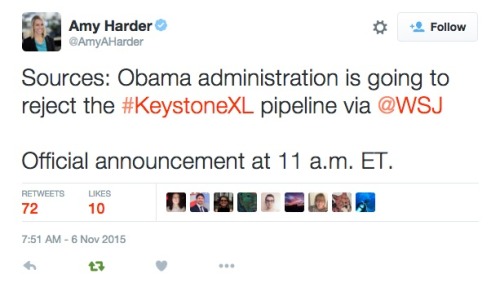 This article is from 2011, but its the best summary I could find online:

In short its a massive oil pipeline that would carry tar sands oil from Alberta, Canada to Texas, USA. It is very controversial and has a lot of opposition in both Canada and the US (but particularly strong opposition in the USA).

US President Barack Obama opposes the pipeline along with US presidential hopefuls Hillary Clinton and Bernie Sanders, while Republicans support it (from my understanding). In Canada, Stephen Harper (Conservatives) & Justin Trudeau (Liberals) support it, while Tom Mulcair (NDP) and Elizabeth May (Greens) are opposed to it.

The Liberals won the Canadian 2015 election and will be in power shortly.

i will fuckin fight anyone who supports the keystone xl pipeline

meet me in the pit

This is how Texas operates:

“… an FBI office acting as a private security force for a foreign energy giant … seems to me to be a waste of taxpayer’s money…to say nothing of a couple of amendments to the Constitution. I guess this is what cooperation within a dynamic global economy looks like.” - Paul Lewis & Adam Federman of the Guardian.

I release videos every Monday and they’re based on policies and legislation in America. I’d really like to know what you guys think and am open to any constructive criticisms you may have or ideas of topics for future videos!

Tumblr is an extremely politically active community and I think you guys would be the most interested in giving me your thoughts and opinions compared to other social media sites.