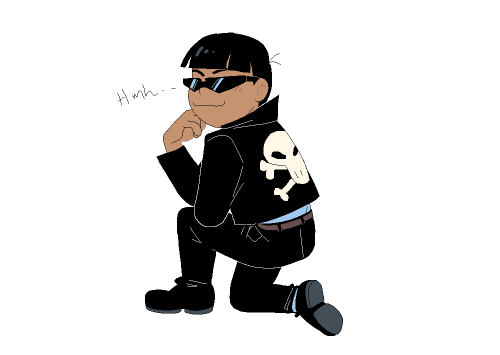 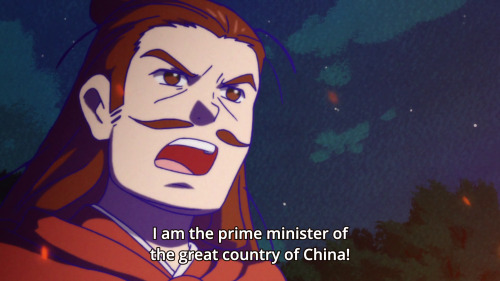 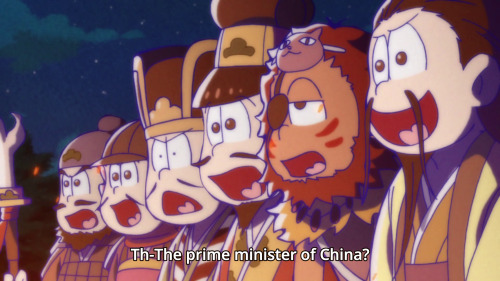 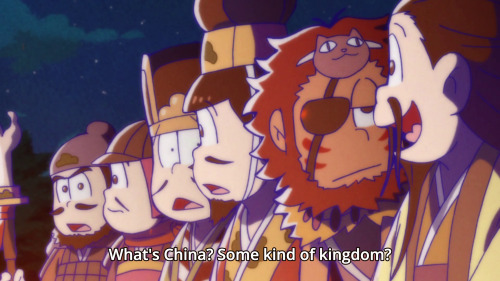 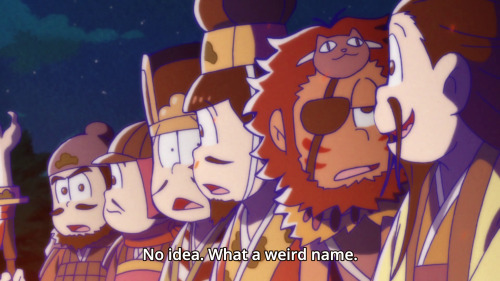 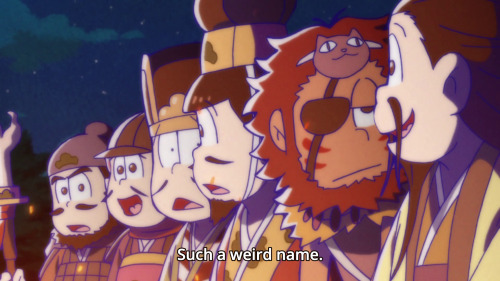 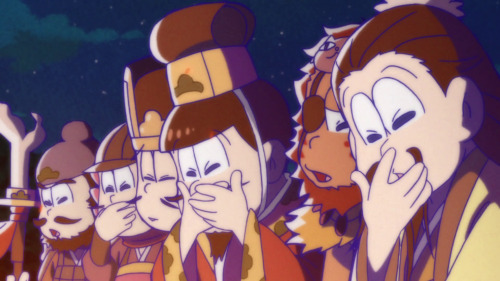 CAN SOMEONE IN THE OSO-SAN FANDOM PLEASE HELP ME FIND THIS PIC/ANIMATIC??

a few years back, i saw one of the most amazing oso san drawings- it had a black background and the boys all had multiple arms and were animated in a bouncy animation. they looked much like hindu deities.

if anyone could help me find this, this would be so nice 😭 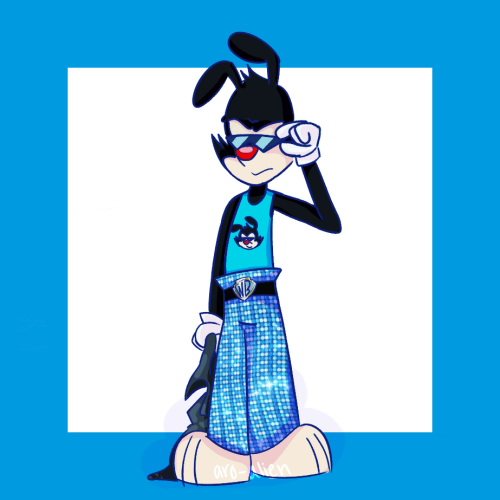 A screenshot redraw from episode 15, except I also drew the other bartender outfit he has ✨ (from the Miyavi Corporation collab). 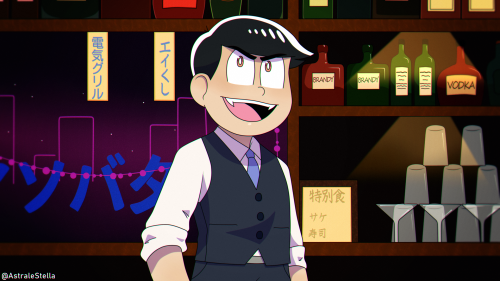 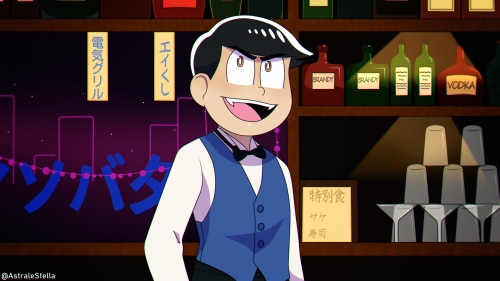 #osomatsu san#Karamatsu#screenshot redraw#my art#fan art#i hated drawing that background y'all#it was a pain in the neck to draw everything accurate when the original screenshot is the size of ants#i had to draw the letters by hand!! BY HAND!!#which i usually dont mind but trying to reproduce actual fonts is HELL#that aside; really fun skit#they're giving me so much kara this season im glad
6 notes
shit-osomatsu-says
Photo 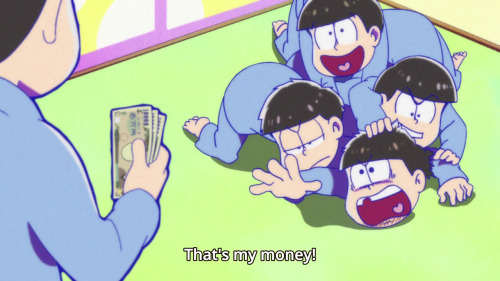 Oso: “im trying to find a club that fits but my bros have found clubs they like!”

Oso:“jyushimatsu says he hates clubs yet i saw him and ichimatsu in the baseball club!” “Ichimatsus friend yanagida was there too!”

Oso:“choro says he joined the literature club but i see him carrying manga to and from the clubroom so i think its a manga club!”

Oso:“todomatsu and karamatsu joined the drama club!” “Todo says its good for karamatsu to put himself out there!”

The power of a chibi Magical Girl 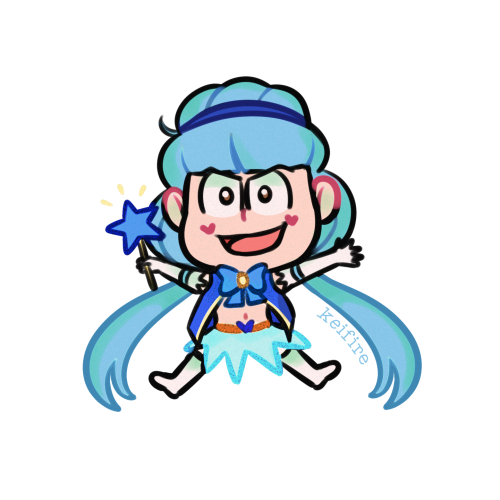 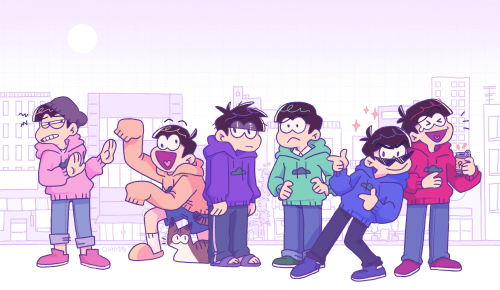 Wanted to create a short comic of Karamatsu smacking Demon Osomatsu’s hand and blah blah blah scenario with this as the cover but I got lazy, qmo"

This is my first time coloring like this and the way it looks so soft (despite the fact that drawing a background ruined the shadings) makes me wanna color like this again!! Hopefully I remember how to… 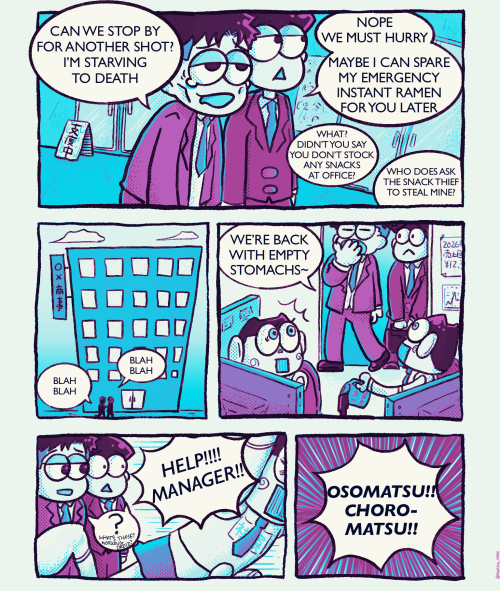 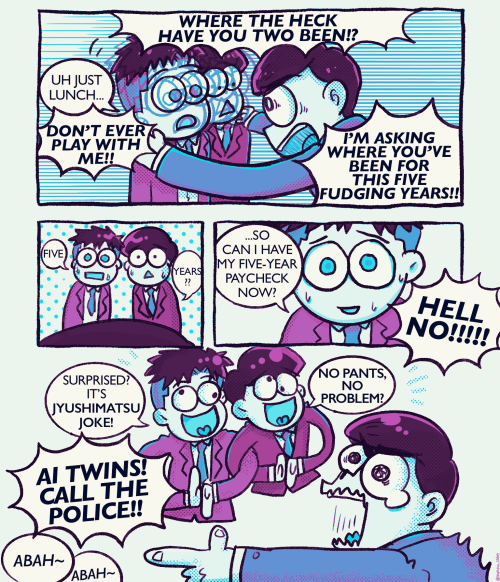 Kara and his anti, my two babies <3

I haven’t really had much time over the past year to put any real effort into making any decent drawings, but with s3 coming out, I’ve been making a few sketches in the notebook I keep on my desk for when I get hung up on a problem at work. Maybe this year I’ll actually color one of them in.