*passes a bunch of money to the artists out there* how about a lovely fanart??

Finally got the time to post this!  Got really delayed because so many things got in the way…my computer decided to stop cooperating…tumblr also decided to whisk part of my draft away…

Anyway! here’s the last week for the challenge~ I don’t even know if what I typed makes sense.

Hey, if you guys want to do the 30-day seiyuu challenge (whether mine or someone else’s), can you please let me know? I want to read more appreciation posts for seiyuus~

If you want to see more posts filled with fangirling and my opinions, here is the link to week 3.

You’ll know what I mean.  The way he shifts in pitch is near instant.

He doesn’t get casted as those typical loud, heroic, shounen main characters, but you’ll want to root for his characters.  (hmm, actually you’ll like his characters even though they’re support characters.)

He just… “owns” the character he voices.  Once I hear him voice a character, I can’t really imagine that character being voiced by anyone else.

Special Mention: Hanae Natsuki
I’m personally not a fan, but I have to admit that he is talented.

I don’t know why, but I tend to like his characters more when they’re not the main lead.

His characters tend to make others shine and become more memorable.

I’ll go ahead and say it, I was very biased for this item.  They don’t really get much projects together unlike other seiyuu duos (Kamiya Hiroshi + Ono Daisuke, Fukuyama Jun + Sakurai Takahiro)  but they’re dynamics as theGreed pair just worked so well for me.

I just really, really love their tandem as Licht and Lawless!

I loved it even more when I saw clips of the live Servamp event.

I hope to see more combinations like this in the future.

Another duo I like is Nakamura Yuuchi + Fukuyama Jun.  Ratio and Birthday was a great tandem.

26. Seiyuus you always mistake for the other

The sound so similar to me.

I actually thought these guys were voiced by Hatano Wataru until I checked the credits.

Well, they were actually casted as son and father once (the Yaotomes in Idolish7)

I guess I’m not alone in thinking that they do have some similarities?

Kimura Subaru
I don’t think he gets much main voice acting roles.  (Well at least Hypmic got an anime now.)  He has this unique voice which sounds refreshing.

I myself didn’t really notice him before until someone pointed out to me how great he was in voicing Terasaka and Kanba.

Aside from Saitama (One-Punch Man) people rarely talk about his roles.

I think he deserves more recognition for his voice work.

I was a bit disappointed when Taiju only got appearances in the earlier episodes of Dr. Stone.  I hope he gets a bigger role in the next season!

Did you know he did the narration in the Saiki Kusuo Psi-nan anime?

His voice range is so flexible!

I always get pleasantly surprised when I find out that he was the voice behind a character. He’s one of those seiyuus who make you remember the character, not the voice actor.

Sadly, I feel like everytime he is one of the main characters, he ends up getting outshined or forgotten…because other seiyuus are more popular.

I think he deserves more leading roles!  He did get the lead role in Junjo no Magmell.  The anime had so much potential, but I felt that it could have ended better.

He was also perfect as Asagiri Gen in Dr. Stone!

29. Seiyuu who works well with other seiyuus

I can’t really describe it well.  But Miyu Irino (both character and voice) just blends into whatever role is given to him.

Classic example is Tachibana Chizuru from Kimi to Boku…like…he just established himself in their circle.

I guess he does get a lot of “outsider” characters who find their way in becoming a core part of a group.

One minute it’s “look at this wild card” and the next minute it’s “since when did you guys get all so chummy?!”

As expected of an experienced voice actor!  He can make his voice work in any genre, any character, with any cast.

He works so well with various tandems.

I have a friend who likes the Shimazaki Nobunaga + Hosoya Yoshimasa combi.

While I prefer the Miyano Mamoru + Hosoya Yoshimasa combi~

Whichever combi you like, there’s no denying his talent.  He has a good range of character types!

I’m not just talking about making the character lively. (like this adorable furball)

It seems to me that, no matter how minor, he makes each character memorable.

and that’s a wrap for the seiyuu challenge~ (for now ^ ^ ) I did have fun doing this and now have even better appreciation for the work they do.  I hope I can repeat this challenge in the future~ there are still so many impressive seiyuus out there!

WOOOOOOOO THIS IS SO COOL. THANKS KIRAMUNE! also bless there’s subs

🍵 i wish everyone luck on the zhongli banner 🔥

Am I the only one who thinks Kimura Ryohei sounds good as Wei Wuxian? He’s the voice actor for the bright handsome basketball player, Kise Ryouta from Kuroko no Basuke and Demon Lord, Shun Shimotsuki in Tsukiuta. Combine those two characters and we have Wei Wuxian lol

Suzuki Tatsuhisa as WWX in the japanese dubbed audio drama is good as well. He sounds manly similar to WWX Chinese audio drama while the anime sounds more playful that’s why Ryohei suits it.

Also, I’m glad they didn’t change the names like what they did to the audio drama. Their pronounciation sounds weird tho but I can manage. xD

*insert joke about how Kimura Ryohei is playing both adult!Kohaku and Wei Wuxian, both younger men in ponytails who get revived from the dead and travel with a stoic badass dressed in white*

So Mr. Kimura Ryohei has a gaming channel on YouTube, right?

has anyone suggested that to him before?

❤️Day 8 and 9: It’s suppose to be “The seiyuu you recognize the easiest and the hardest” but since I don’t know what to write… I change it for “The seiyuus you want to know more about and/or see in more things”.😋 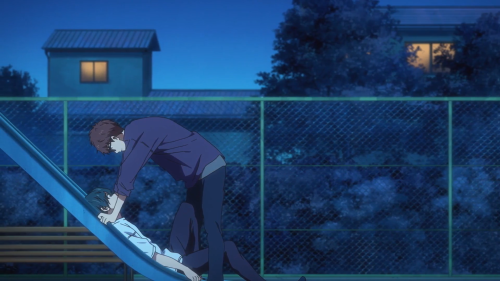 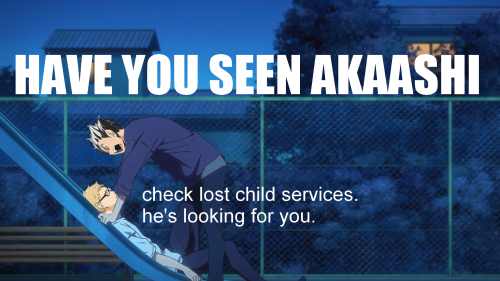 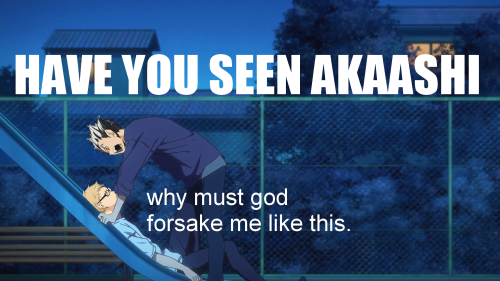 after waiting 6-7months for these babies! Proudly present! TVguide Voice Stars vol. 13 both covers + animate limited bonus as well as Ryohei-san’s very first book titled 「Sake to namida to Ryōhei to」 with Ryohei’s interview and lots of photos!!!

might post some of Ryohei’s pics from both of it! please do look forward to it (≧∇≦)/