Anyone is welcome to color these.

Yes, Clark’s hair looks different every time I draw him. lol I think I’m gonna draw his hair like in the “your son or your brother” comic from now on. 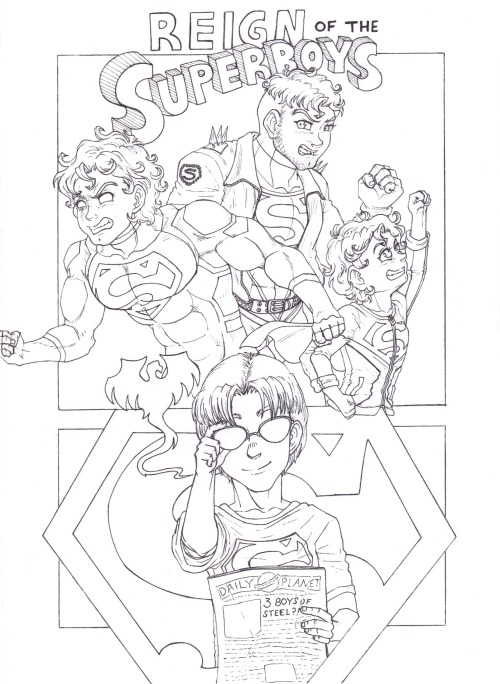 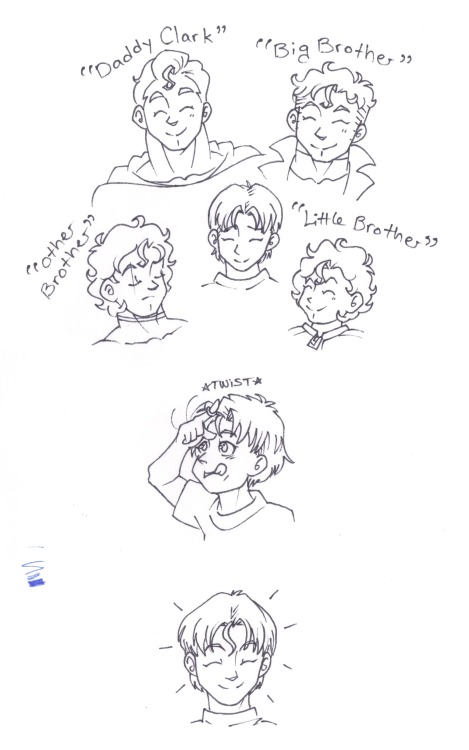 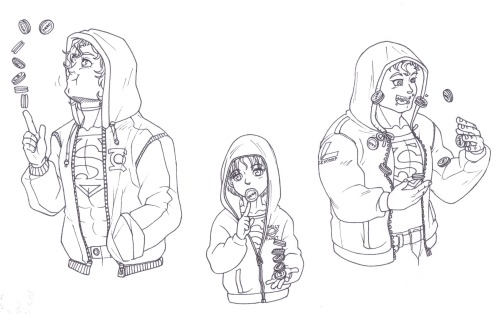 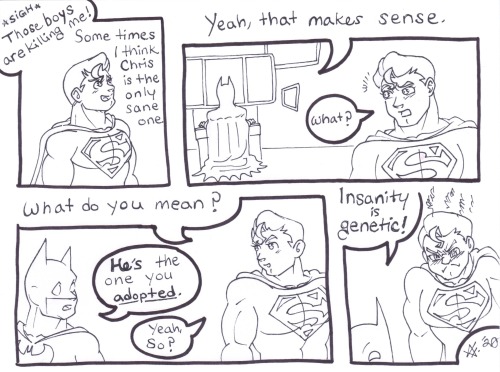 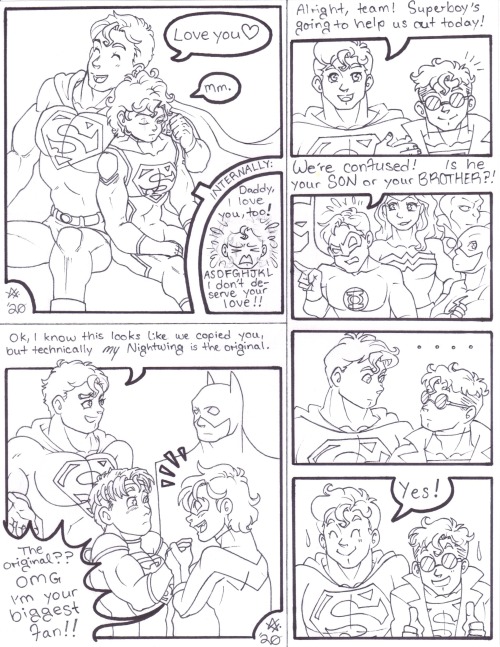 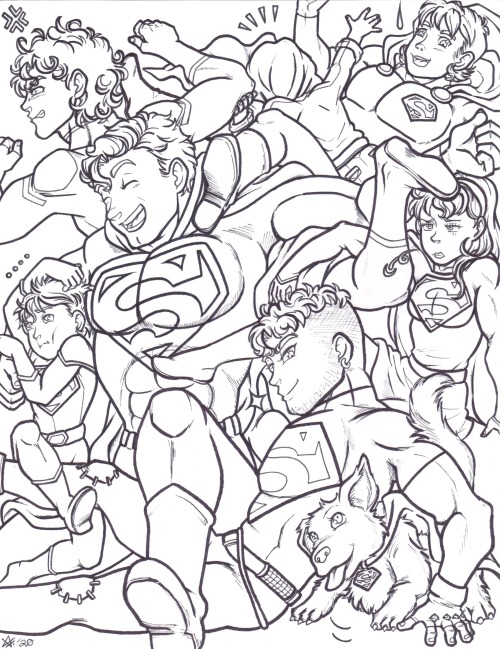 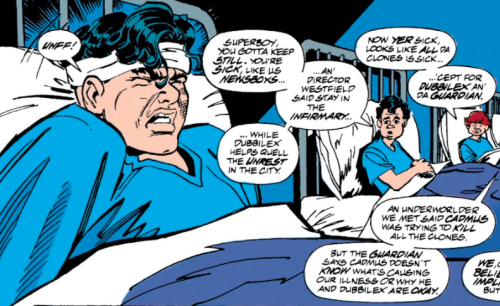 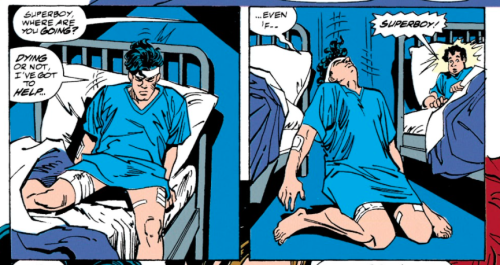 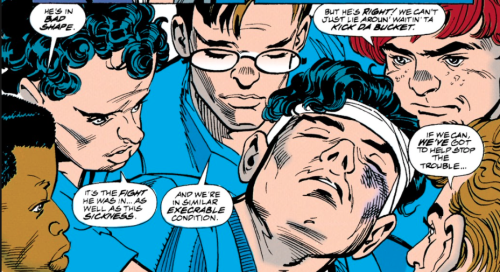 #he cares so much., #the whole reign of the supermen arc is like him trying his best and everyone looking down on him im sad.., #kon-el, #superboy
3 notes · See All
miss-dc-readsText

For those of you who may or may not know this is the current Young Justice.

they’re going to beat you to dеath 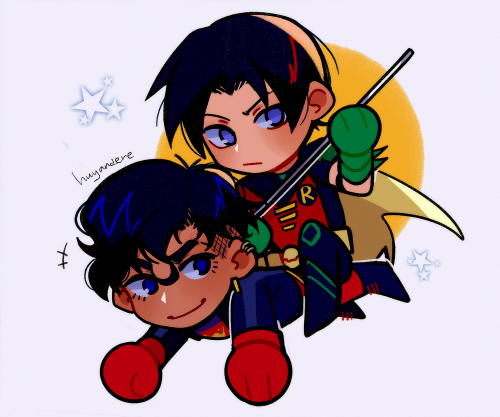 50 fictional crushes Post an image of a fictional character who has been or still is your crush. No names or explanations needed. TV, movie, book, comic, cartoon characters are valid

#superboy, #about me, #fictional crushes, #Kon-El
3 notes · See All
ten-ten31Text

So I have seen quite a few “Tim trying to clone dead Kon has stabilized the cloned DNA with his own and thus made their baby” fics - which is something I will never get tired of reading.

But what I haven’t seen is Tim’s attempts actually producing a 16/17yo clone. So a Kon lookalike who is not Kon (maybe even with a part of Tim’s DNA to stabilize the process or something). What would happen then? How would Tim react to him? How would the clone carve out a place for himself? What would happen once Kon is back?

I would love to see someone write that! <3

Summary: When Tim pulls away from everything, Kon is always there to offer his support, even if it means silently standing by doing nothing.

He doesn’t mean to cut himself off from all forms of communication, but there are some days in the year which he needs too. It’s an essential that no one can contact him on those days because he wouldn’t be able to help anyone no matter how much he would want to.

Those days are the death anniversaries of the ones he’s lost.

While he’s got most of them back, those death anniversaries don’t hurt as much (they still hurt because he’s reminded of what he almost lost) but there are still some days which he can’t be dealing with anything or anyone on those days.

The days when his parents died.

Summary: Knowing that something was wrong, Tim really should have said something to Kon instead of letting him enter the training stimulator. It looks like their communication still needs to be worked on after all.

“Well, that was easier than expected.” Tim grins as he walks out of the stimulator. From where they had been watching behind the window, his friends stare at him with deadpan expressions.

“Sounds great.” Tim smiles and walks over to the controls. He starts changing and adapting them for Cassie’s turn. “Alright, Wonder Girl, you’re up next. Ready when you are.” Cassie snorts and enters the training stimulator and Tim moves to stand by the window where Kon and Bart were awaiting their goes.

Young Justice #46 (the voting issue) was hilarious One of my favorite issues!

here he is… the super sunshine ✨ 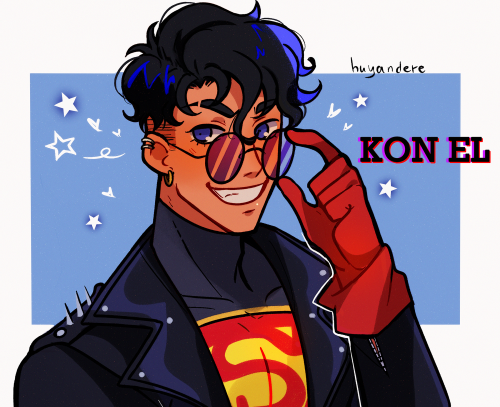 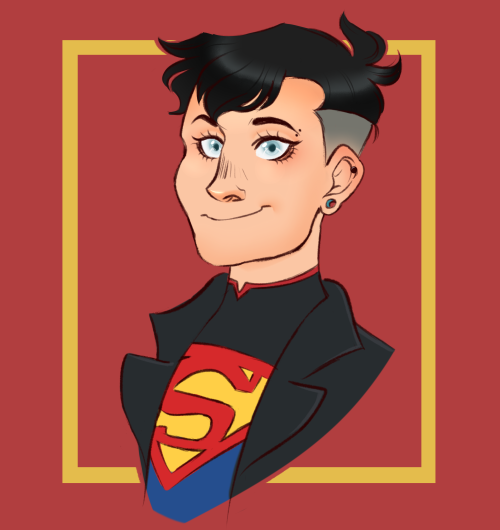 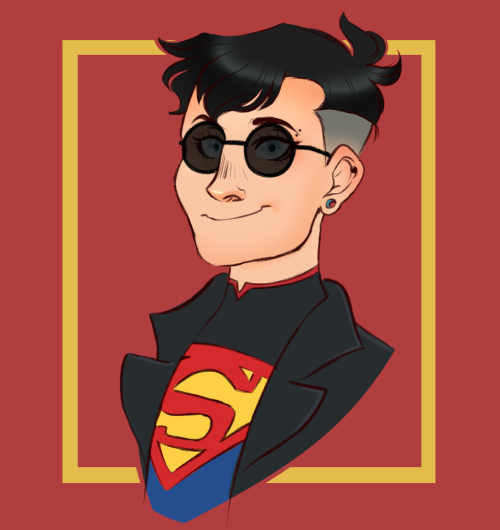 Really enjoying my journey through the original Young Justice series! So many great moments!