If Kryptonians are without powers on Krypton, and has powers bc of our sun, then what sun do we need to get powers??

Ok, imagine if Clark sneezes and takes off his glasses, and then someone comments how he looks SO SIMILAR to Superman.

Then Clark panics, and the person just goes on with their day.

Are you telling me Kryton is planet fucking nine.

another animatic: the girls are here

#artists on tumblr, #digital art, #animatic, #hope you enjoy this as much as I do, #there’s a boy one im planning too so don’t worry, #yes this was filmed on tiktok that’s why the quality is Like That, #my art, #my ocs, #nova, #rena, #clara, #rose, #krypton, #Cass, #Kaff, #Wuni
7 notes · See All
lunastar92Text 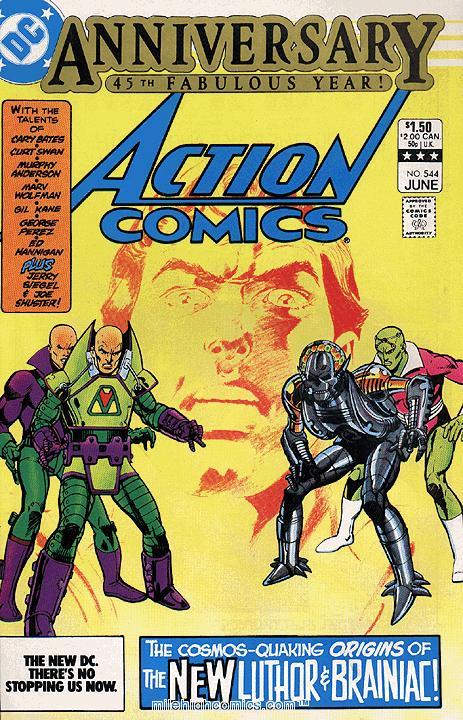 Superman is a refugee and immigrant icon. 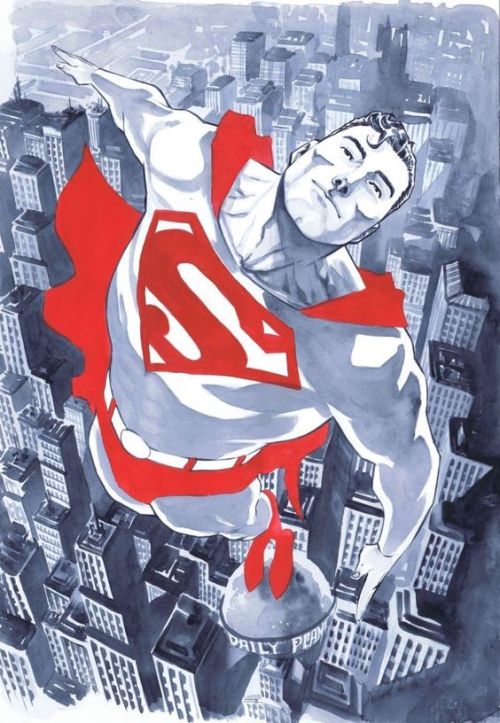 Just had a thought!

A Theory on the Kryptonian Nightwing Legend

So, everyone knows Dick Greyson goes from Robin to Nightwing

Now, for sake of me not losing track of my own thoughts, I will pretend that the rest of the information I am writing is slightly less well known, given I only recently stumbled upon it myself.

So, looking up Nightwing leads to a Kryptonian legend of Nightwing and Flamebird, incarnations of creation and destruction. In summary: Nightwing creates, Flamebird destroys (there’s an element of star crossed lovers as well)

In fact, there’s a story where Superman and Jimmy Olsen take up those mantels when they accidentally travel back in time to Krypton… (or maybe just the bottle city of kandor?) and I think Bette Kane alternates between Bat-Girl (I think she was bat woman’s sidekick back in the beginning before Barbara Gordon) and Flamebird depending on continuity, (i think she’s got a new identity again) and There’s a few elseworlds versions …

Anyway, there’s a something that occurred to me with the New York special.

I’m just saying, in summary it’s possible that a Ladybug and Black Cat might have gone into space and been the basis for the kryptonian legend.

More canon welding, but hey, I think it would be fun. (Also, was no one going to tell me I have misspelt welding as wielding all these years?! I imagine canon wielding must be like throwing a book at someone.)

omg you got yourself into a pickle didn’t you fhsjdjsjc

it’s honestly a shame they’re so underrated but here’s what i found!!

this one is more of a character study of adam sacrificing himself for seg and kem https://archiveofourown.org/works/14663334/chapters/33939669

this one i have not read (yet) but i found it while looking for links and it looks promising!! https://archiveofourown.org/works/26748682

and here’s some stuff from tumblr that i really really like !!

Day 2 of Alientober is “Favorite Alien Hero” and that would be Supergirl from the planet Krypton! I always loved her outfit from the live action series on the CW which is sadly ending this TV season. But all good things must end eh. Yea I know she changed her outfit last season (Spoiler Alert) but I will always like this look 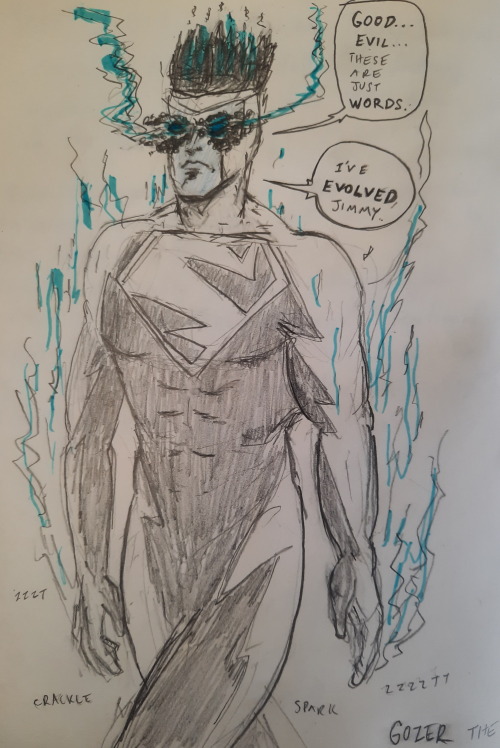 a kryptonian before all the things happened in krypton (it being destroyed and all) he came to earth to explore it, he landed in Persia to some villagers family, he grew up there he knew he had powers so he helped the family he lived with and he converted to islam and he actually got married to one of the women there which then they got kids and then after a few generations he is still alive but kinda old looking one the kids are like “ yk it is still not his time to die I guess” but he does die at like his late 100′s. then some of his great grand kids immigrate to the gcc countries to live there.

and like none of his or grand kids or great grand kids get powers ( lets say recessive genetics) until like his great great grand gen z kid suddenly gets it and she is like WHAT? and she and her friends have to find a way to control it, and they need to know exactly how she got her powers.

and then it becomes a whole story of them as a group of friends discovering her families history and how it all happened and trying to stay off the justice league radar.

AND NO SHE DOES NOT LIVE IN THE WEST WHY DOES IT HAVE TO BE AMERICA HA? she lives in the Middle East in the gcc 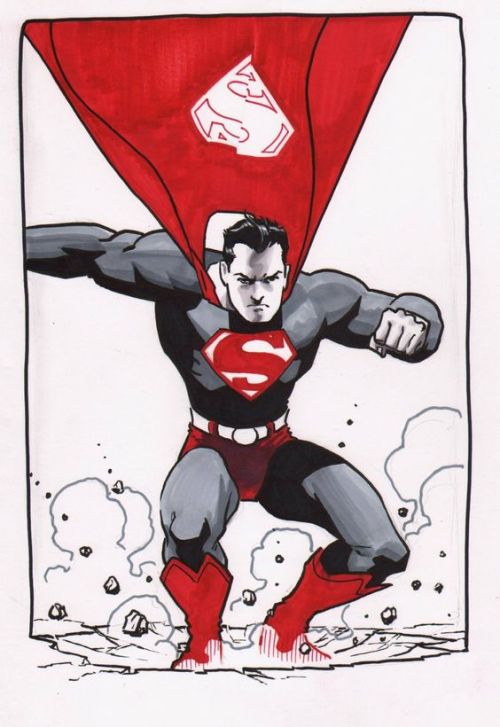 One lone survivor of Krypton became the greatest hero in the universe—Superman. But before its destruction, the Man of Steel’s birthplace was home to legions of heroes and heretics who molded their society into the technological wonderland it would become. Take a look into the time before there was a Superman and walk with his ancestors to uncover the tales of their lost civilization!

From some of the industry’s greatest creators come the life and times of Jor-El, father of Superman; the story of a forbidden love that would ignite a civil war and lead to the eventual destruction of the entire planet; and the Kryptonian legends that defined their history.

After a devastating battle with the alien villain Brainiac, The Man of Steel learns that a piece of his home planet Krypton survived - the shrunken, bottled city of Kandor! And when the city is grown to normal size, it looks like Superman finally has the connection to his past he’s been missing all his life as thousands of Kryptonians are suddenly able to walk the Earth.

But his happiness soon turns to dread as relations between the Kryptonians and humans dissolve, and the two cultures face a massive clash! This is just the beginning of a mega-event that alters The Man of Tomorrow down to his core.

After a long-lost section of Krypton is miraculously resurrected on Earth, The Man of Steel greets thousands of Kryptonians who are suddenly able to walk among humans. But a jarring culture clash destroys relations between the two species and violence erupts!

Soon, the government’s own anti-Kryptonian team sets out to dispatch the erupting conflict and the entire Superman family is affected! Don’t miss this second volume of a 9-part mega-event that alters The Man of Tomorrow down to his core.

Following the NEW KRYPTON event, the Man of Steel has had to embrace his past to ensure humanity’s future. And while a devastating armed confl ict with Earth may have been averted, keeping the peace will be Superman’s greatest challenge yet.

Now The Man of Tomorrow has decided to live with his newfound people on a brand-new world. But can he keep peace between Earth and this New Krypton? Not if General Zod has anything to say about it.

Following the events of the “"New Krypton”“ crossover, The Man of Steel has moved to a new planet filled with Kryptonians he’s long thought to be dead. Leaving Earth behind for a life as a man in the Kryptonian military, Superman has had to make many sacrifices in order to appease his people while averting a conflict with the other species who make up the DC Universe’s cosmic landscape.

But while all the diplomacy takes place, an attempt on the life of a high-ranking Kryptonian sends Superman to Earth on a mission that may ignite the very conflict he’s been avoiding. 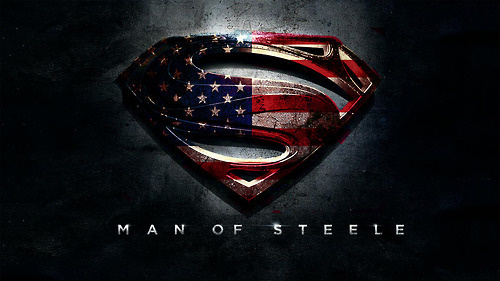