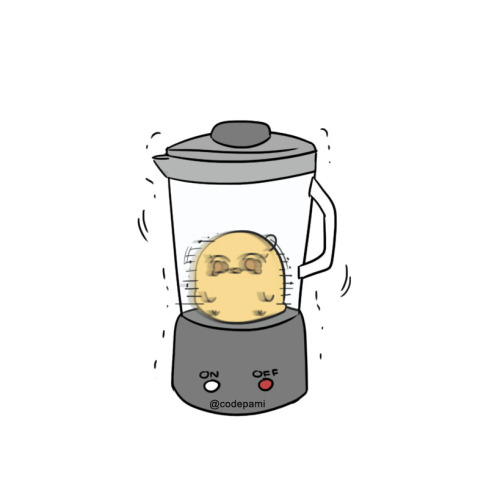 HC that one time, Midorima really pissed Kuroko off, so the next day Kuroko chased the long-range shooter around the campus all day long waving his unlucky item.

That was how Midorimama learned the hard way that the tiniest MiraGen member was also the scariest of them all.

Hi! Thank you for the request!

I ship you with…

(from Kuroko no Basket)

Himuro is a hardworking and lover of challenges guy, he would do anything to show his worth, hating when someone understimate or look down on him, not being a proud person but always doing his best to achieve his targets. Though showing more a straight face, he says that he shows emotions in his own way even if they’re not recognizable in his being quite inexpressive, but anyway his actions will always show more than his expression. Though being quite a cunning person, he’s also caring and worries a lot about the people he thinks as his friends, being polite and friendly with them and being quite good at socializing.

Though being you quite shy, he’s really great at making others comfortable and able to make friends even at the first meeting. He just seems to say the right thing at the right moment, understanding that little of the people he has in front of him to put them at ease enough to get closer with the time. Also his sociable and polite behavior will help that, thanks to a little of natural charm in his way of doings that always helps in these cases. Anyway, it’ll be really easy for you to get closer, mostly because you have the same behavior towards your work, putting all the effort you can in them and trying to get the best of it, sometimes maybe working too much on it since you just want the perfection and you’ll do anything to achieve it, you in art, him in basketball.

So you could realize ways to support each other in your works, helping and advising the other on how to do something or maybe noticing that the other is getting too tired and telling them to rest a little. Though it’s something that it’s hard to stop in yourself, seeing that type of behavior in someone else could make you worry about the other and make you wanting to stop them. At the end you’ll spend lots of time worrying about each other and that will balance your relationship quite well, since there will be those times when you’ll just stop and go out together, and if there’s something else to work on when you’ll go back you’ll see that together so a little you could take away the weight of it from your shoulders and cooperate so that you can find new ideas. And don’t worry about your being a person who wants control, if he helps you, he’ll listen to anything you say, he doesn’t know anything about art and things like that after all, so he’ll just do as you ask, specially bc he knows how much you care about what you do and he doesn’t want to mess up it.

He’ll love your sas and sarcasm, finding it funny and always trying to not to laugh when it’s the wrong time for it, but you can always hear a chuckle from him, quickly suppressed so that when you look at his face he has again his usual straight face, as nothing happened. And if you ask him about it he’ll joke saying that it was just a fantasy. It’ll be a challenge for you to really catch him in those cases.

Being the charming person he is (though he always says that he doesn’t act that way on purpose) and knowing your love for coffee, when you meet he’ll take you a cup of coffee to drink, specially in the winter, so that you can warm up a little thanks to it. And maybe you could go at the cinema to see a horror movie, he’s not the type to get really scared, or at least it’s what it seems since when at the cinema he’ll always wear a more bored face, but since you like them he’ll appreciate to spend time with you watch them.

That’s all! Hope you liked it and sorry for the waiting!

Kise moved in sync with the steady rhythm of the music, his hips swaying, his arms perfectly accentuating the alluring movements of his upper body as he did so. Kagami found himself focusing more on the way he thrusted and writhed than actually keeping up with his pace. It was hypnotic, especially when he glanced up at him with half-lidded eyes. His stare almost pinned him to his place, but Kagami forced himself to move to the sounds, his clumsiness earning him a genuine laugh, with Kise’s head thrown back carelessly, his hair flying in the dimly lit dancing room.

Kise turned his back to him, playfully shaking his butt at him and Kagami actually wanted to scream. He needed to bury his fingers in those cheeks, physically ached for it from the sight of that ass clad in those thight jeans. They didn’t seem denim to Kagami, but he cared less about the material and more about how amazingly they brought out every curve on Kise’s lower body, from his muscled calves to his beautiful thighs and more.

By the time he moved in, the music had changed. The harsh electronic sounds died down and some soft strumming of a guitar filled the room just as Kagami placed his hands on either side of Kise’s hips, slightly startling the boy. They looked at each other, shocked, under the suddenly pink and red-tinted lights, and there was a silent conversation that went down between them. A million questions, a million answers that really should’ve been said at that very moment, but the deafening music, and the couples slow-dancing around them prevented them from communicating above a few glances.

Eventually, Kise turned around in Kagami’s hold with a tentative smile, reaching up to loosely wrap his arms around his neck. Kagami in turn embraced his waist, just tight enough that Kise could still lead him if he wanted, gently swaying and all but walking around in the small circle that was still left to them in the middle of the crowd.

When Kise buried his face in the crook of Kagami’s neck, he suddenly went breathless. The blond smelled of sweat and musk, of the pina coladas he was drinking, of cigarette smoke, strawberries and a hint of his perfume. Kagami tried not to lose himself in it, but slowly, his hands started to slide up Kise’s back, and he felt his breath hitch against his neck in return. Soon enough, he was holding onto his shoulders, actually hugging him tight, feeling him still vibrate - tremble? - from excitement.

He didn’t know when did they stop moving. But he did notice when Kise pulled back a little and buried his hands in his hair, pulling him in and kissing him enthusiastically, with his eyes shut in concentration. He was holding on for dear life, because, and they both knew this; when this song was over, they had to go back to their friends, to their lives, to their eventual rivalry, and forget that they ever felt like this for each other.

So Kagami leaned in and claimed Kise’s mouth with his own, tasting alcohol and smoke and strawberry flavored chapstick, and he pretended that the moment could last forever.

#hyuuga junpei, #hyuga junpei, #knb, #knb imagines, #kuroko no basuke, #this....... is not my best work, #sooo many re-writes, #but I figured if I didn't post it now then I never would
1 notes · See All
peng2naPhoto

there’s no real reason why i want these two to be friends other than the fact that it’d be cute! i also had way too much fun with tape and stickers lmfao

#knb, #kuroko no basket, #hara kazuya, #Mibuchi Reo, #Kuroko no Basuke, #art, #artist, #i'm still trying to figure out how to use tumblr on my laptop
0 notes · See All
knbzonePhoto 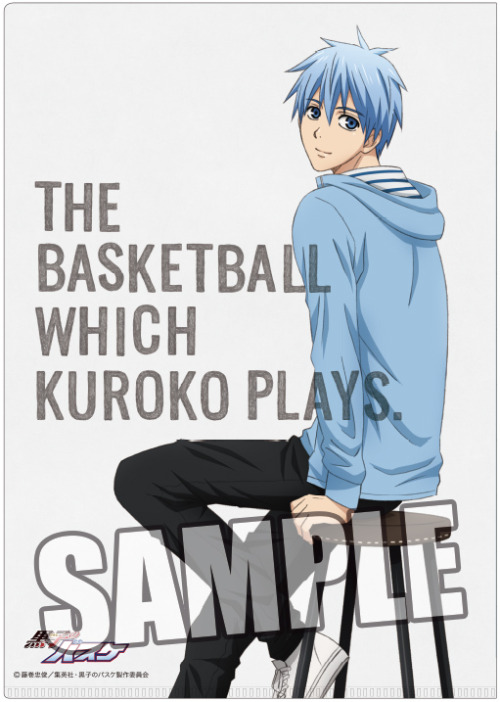 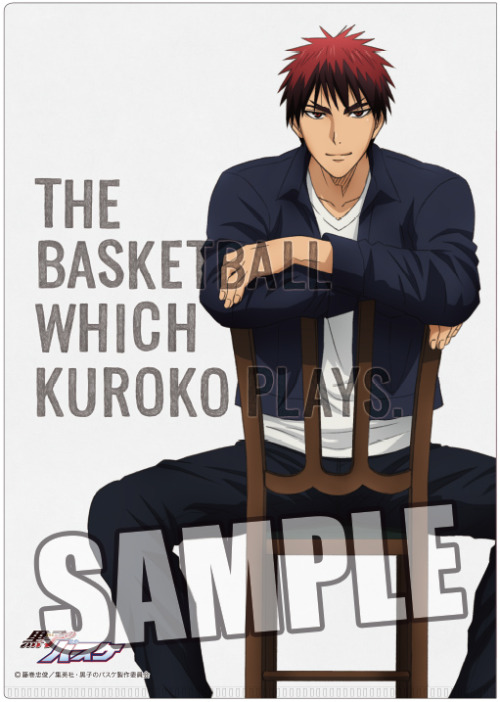 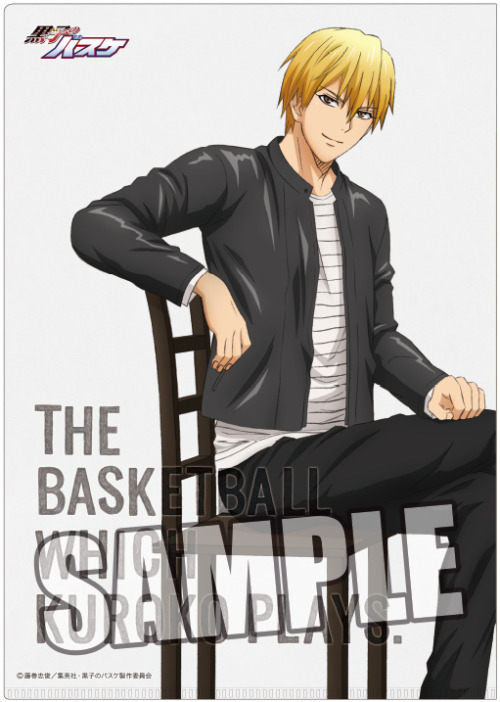 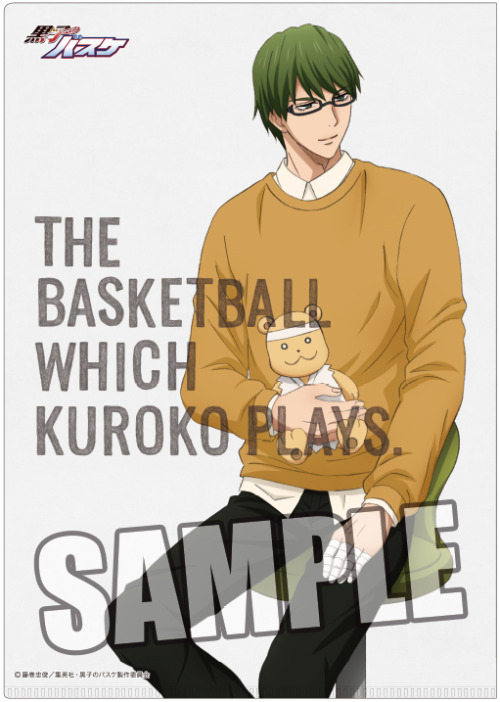 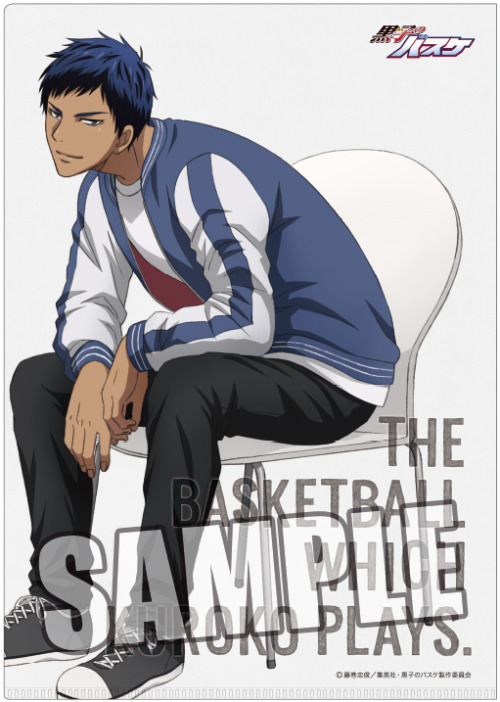 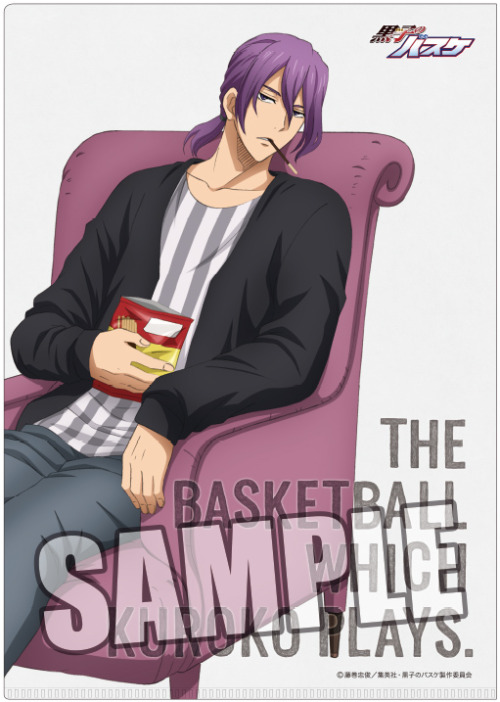 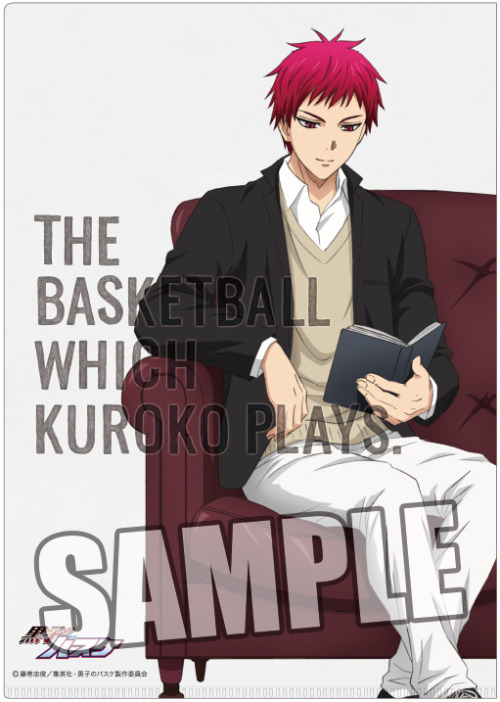 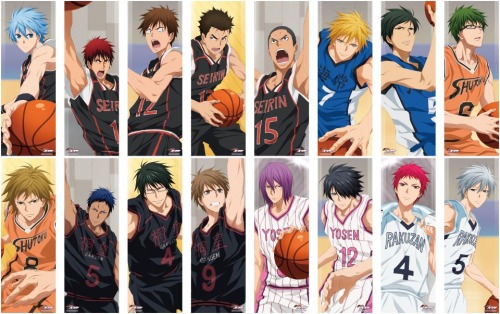 ‪oh LOL…! Akashi, did you just seriously pull a practice match for Rakuzan and Yosen only to make sure Teiko was complete for Kuroko’s birthday?

If that isn’t the most Akashi way of saying “I love you, babe” I don’t know what is 😂‬

And Midorimama, thank you for looking out for the baby boy, as always.

And Kise, I’m pretty sure someone (everyone?!) had a hand in you never getting in the same team as Kuroko lmaooo

Saikou no Present was indeed the best present. You are loved, Kuroko bb.

Hiatus is still ongoing, thank you for all your words of encouragement! Stay safe! 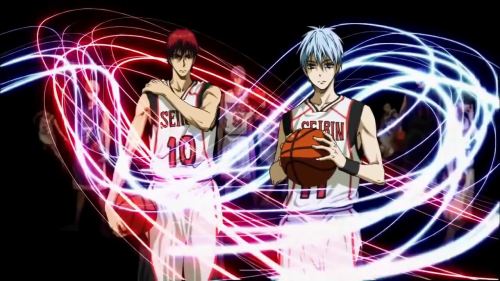 a lil something for my fic 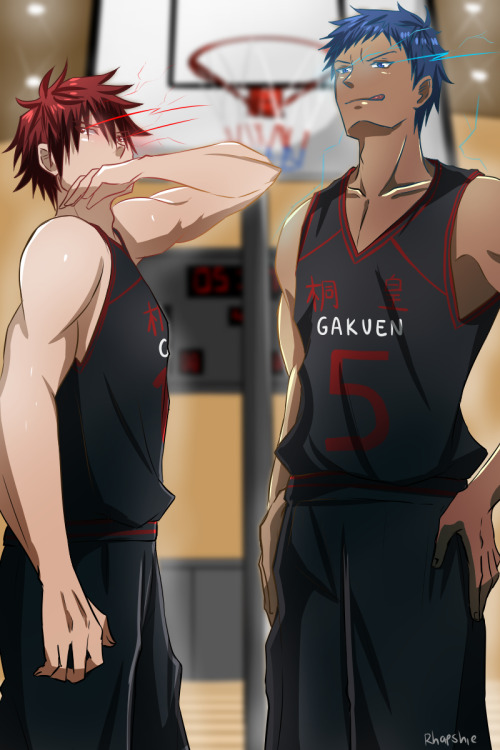 #aokaga, #knb, #Kuroko no Basuke, #kuroko no basket, #aomine daiki, #kagami taiga, #mine, #the chp isnt even posted yet but whatever amirite, #kuroba
56 notes · See All
sanobasket-blogPhoto 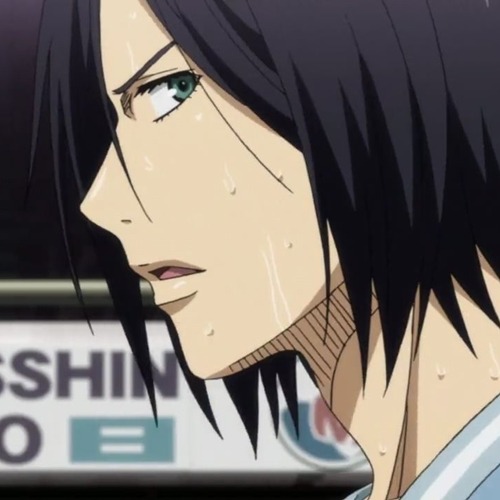 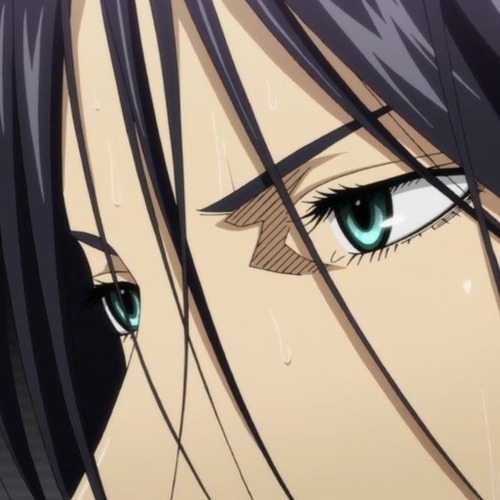 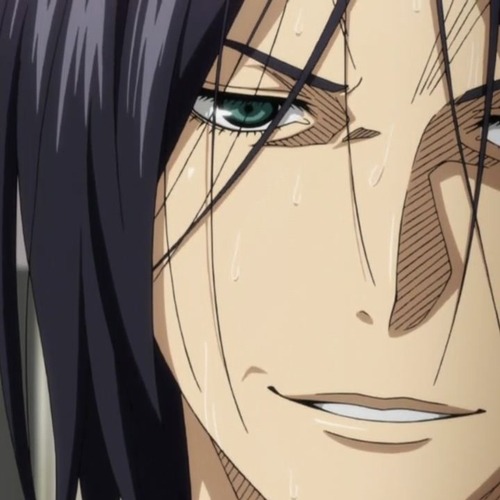 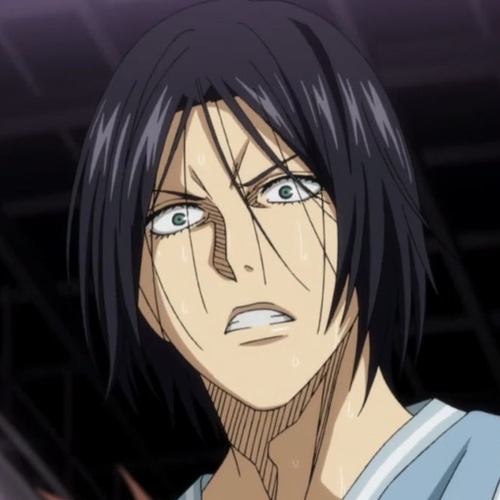 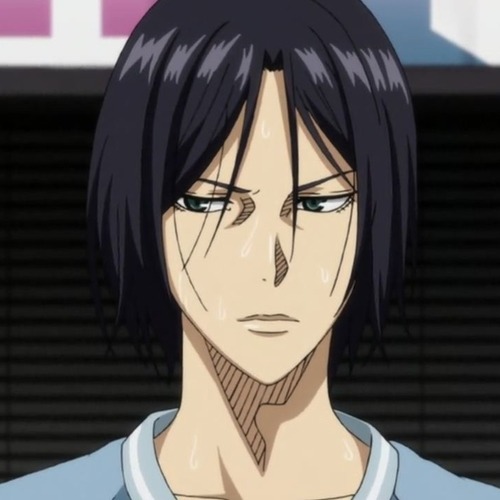 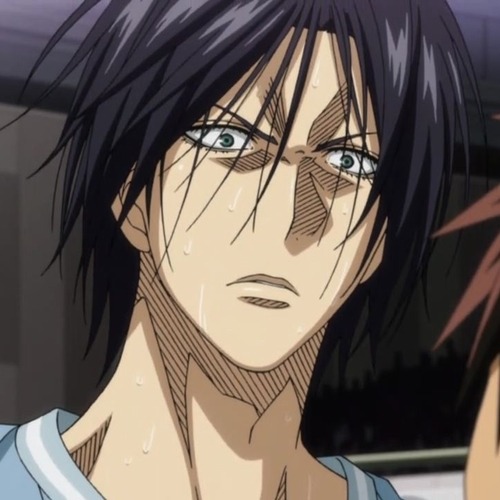 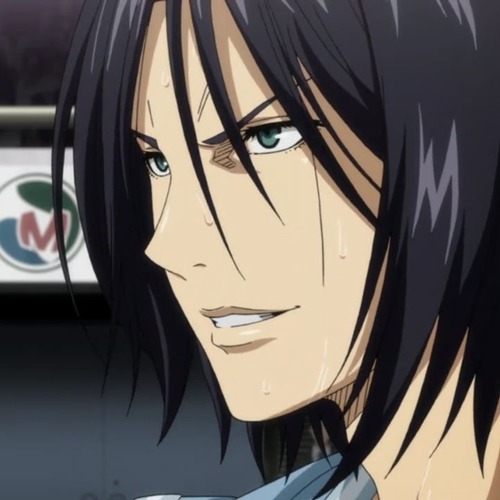 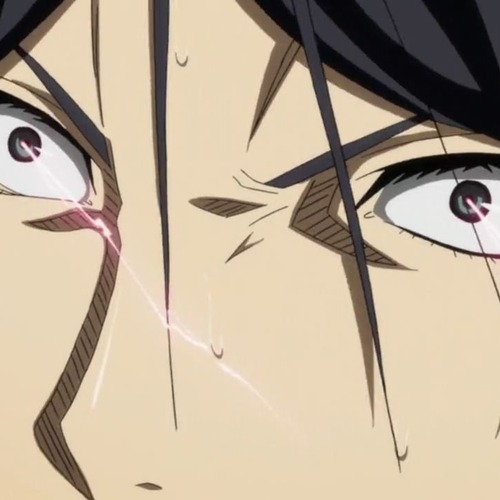 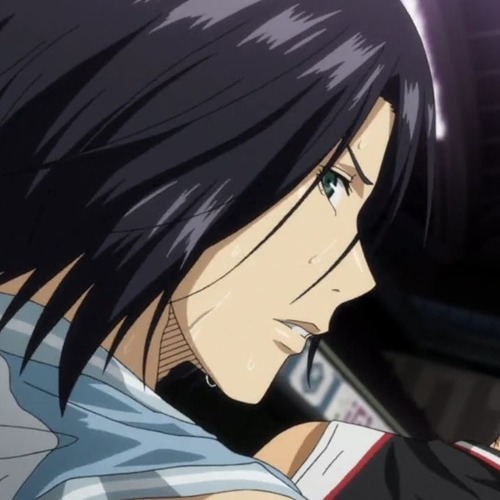 if you could read my mind, i’m pretty sure you’d be traumatized for life. 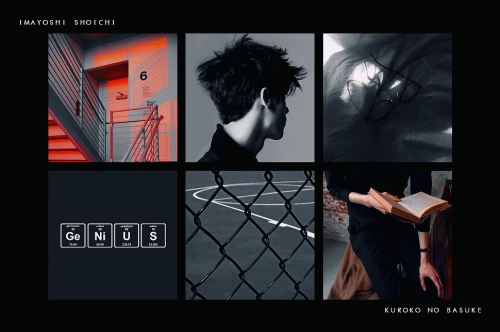 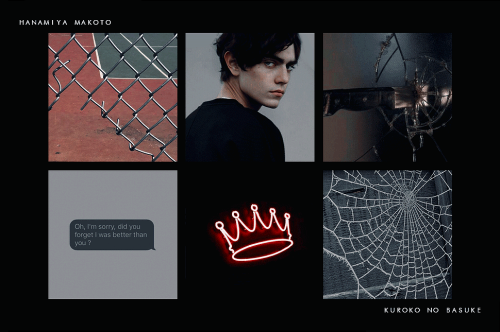 Kuroko’s Basuke  Resale of  “good night sheets"  for only pre order and limited  time at the broccoli official store. 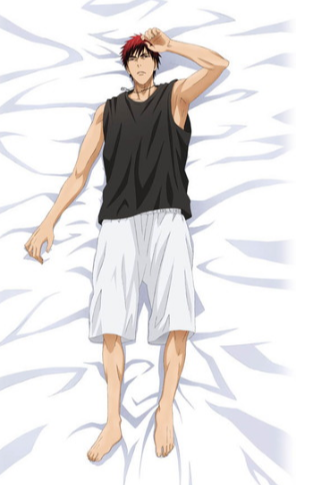 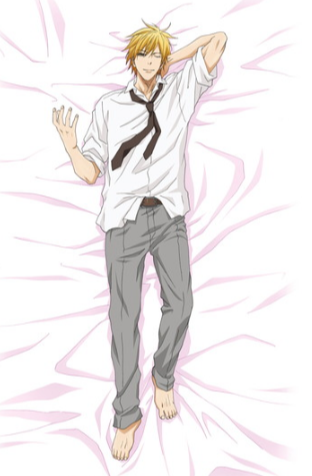 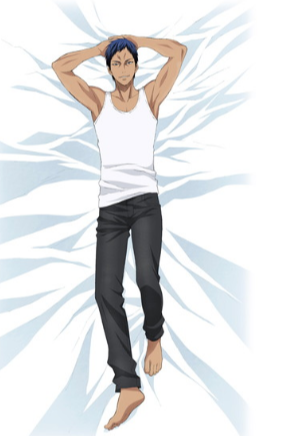 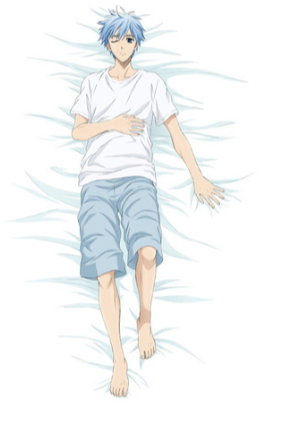 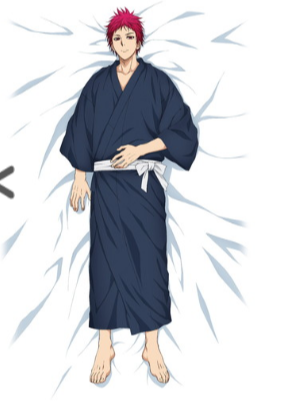 “i don’t hate you. i’m just disappointed you turned into everything you said you’d never be.”