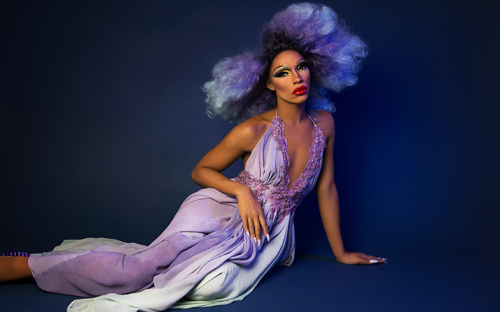 ✨😉 you have to send a message

Whenever I try to tell people that Viking men used makeup they always say “Well it’s so they can look tough and strong with warpaint!” Well you arent entirely wrong, but they mostly they used it to look beautiful.

Vikings didnt give a fuck about your modern gender roles.

I wrote all my feelings on some scrap paper

And gave it to you all folded up in your driveway

You told me to stay the night

And wrote a letter back that you’ll never show me

There are many things that capitalism teaches us about love from a young age, directly or indirectly, that are just plain wrong. Many people have begun to realise just how wrong they all are, but not a lot have realised it to the full extent. The traditional life differs between cultures but many of the constants are that we are all taught to marry one person of the opposite gender, have children with them, and live with them happily for the rest of our life, while also fulfilling specific roles in the family depending on gender.

Gay and bi people as well as feminists have differed from this norm through their subversion of gender roles, but asexual and especially aromantic and polyamorous people completely break and recreate the system that gay, bi, straight, feminist and sexist people all conform to.

The first part of the traditional life aspecs have begun to dismantle is the need for sex. We are generally taught to have sex with our 1 romantic partner of the opposite gender to express our love for them and to reproduce, however, it is now more accepted than it used to be to have a romantic relationship with someone without sex, as you can show your love in other ways, and you can adopt or foster children instead of creating them yourself. It is still quite unacceptable to have no children at all though, and these people are often greeted with pity and sympathy or even disgust and confusion.

This may be due to capitalism’s emphasis on marriage only in order to handle both work and household chores when we must give a lot to get a little. A person who isn’t interested in a romantic relationship, whether or not they are also interested in sexual, familial or platonic ones, will likely struggle to balance home and work lives because of the benefits necessities marriage brings that aren’t available without it.

When we ask allos exactly what romantic and sexual attraction feels like, they tend to describe it as butterflies in your stomach, feeling like everything is right in the world but also feeling stressed about the person’s impression of you, wanting to do anything for the person, but not everyone’s experience of these attractions is the same, as some people describe it as a sunny day or the smell of cookies baking in the oven…

What I personally believe is the best thing we’ve ever done is break attraction down to its core essentials, differentiating between attraction and action. This is where favour, indifference and repulsion come into play. Just because someone is aromantic or asexual, doesn’t mean they can’t still enjoy romance or sex. This is because attraction means a desire to do romantic/sexual/etc things with a specific person and doesn’t equate to a desire to do romantic/sexual things in general.

It’s like food. Sometimes we crave a particular food, but sometimes we eat just because we want to.

Another important idea aspecs have brought to light is the existence of attractions other than romantic and sexual. Allos don’t usually differentiate between them because they often feel romantic, sexual and aesthetic all at the same time all towards the same person.

Platonic attraction has been known about for some time now but is still seen as lesser than romantic and sexual, obvious in phrases like ‘more than friends’ and 'stuck in the friend zone’. Romantic attraction is not more than platonic, it is simply other and should be treated as such. The friend zone isn’t an inherently bad place to be in and is mostly a phrase used by men who believe their crushes owe them sex only for being nice to them.

Aromanticism and polyamoury, although seemingly opposite, have very similar ways of subverting relationships and a person can even be both aromantic and polyamorous at the same time. As I have mentioned previously, capitalism emphasises the importance of marriage as it is a good way of sustaining people while still keeping them trapped, but it may not have always been this way.

It is believed to be that, the reason why we experience menopause at a certain age is so that grandparents can raise the children while the parents go hunting for food. Also, the reason for why our menstrual cycles sync up with the people we spend the most time around is so that we might reproduce at the same time and help raise each other’s children. This may suggest that we used to live in closely knit communities where we support each other rather than having 2 parents baring the responsibilities of parenthood, food and defence.

The talk around society’s need for marriage and children also sparks a conversation about ableism. People who are physically unable to not just reproduce but to work a certain way are left in the dust. The support network that community living gives you is absolutely necessary for disabled people but capitalism doesn’t agree that all life is worth living as some lives don’t contribute to the economy.

It is extremely difficult to dismantle the amatonormative story capitalism has told us, and for some it may be impossible to live authentically in this capitalist world, but we still have hope for the future, as the aspec community is constantly growing bigger and better than ever with every new person who discovers it. I hope I got my points across well, as I think it’s very important to have more posts talking more in depth about amatonormativity.

Playing around with the filter on snapchat for the first time !I still don’t know what to feel about it but hey life is about trying things out hehe

fuck “self discovery” we’re calling figuring out your gender your Gender Quest now and YES it’s a MAIN QUEST !!

As a little kid growing up I’d always wondered why I found myself so intrigued by women. On screen as well, the women were… well nothing less than heart-eyes, intrigue, badass and in awe of all rolled into one worthy.

Guess looking back now… a lot of stuff makes sense. Just took a little while to break out/free and accept that I am here and queer! A Lesbian and proud 🌈💛

Still a goober at heart … Which frankly explains a lot as well haha! 👀😅

Group of 67 high-profile figures say they are ‘deeply disturbed’ by recent closure of LGBTQ+ centre in Accra,

Some of the UK’s most prominent people of Ghanaian heritage have joined together to condemn their former homeland for its stance on gay rights in what will be seen as an extraordinary show of diaspora power.

The influential names in fashion, film and media, including Idris Elba and the…

A 6AM Bisexual Discovery:

Me: Yeah I know I like guys but I still don’t know about girls.

Me: I don’t think I’m demisexual. I can see myself doing it with a random woman, it just wouldn’t be realistic.

My Brain: You said woman. You could’ve said man. You literally had no reason to say woman.

I think the reason that the gay community gets a rep for being too sexual/being very sexual is because we don’t have a Romeo and Juliet. We have a Dominant Bear Pounds Twink. There isn’t much gay media that is made for the LGBTQ+ community. Most of us grew up seeing same sex relationships in very explicit manners. We just now are getting shows that aren’t so sex based but more plot based. When I hear “I watch gay porn for the plot” it makes me think it’s because there has never been anything else that HAS a gay plot for us to consume.

ok like. i understand that there’s a lot of opinions and things going around about the validity of pansexuality. and as someone who identifies as a bisexual, i just want to say that i don’t think pansexuality is biphobic.

and y’all are valid. y’all are safe and welcome here. i’m sorry y’all gotta deal with this shit. i love you