“High key, for a Chaotic Forest Dweller, he’s got me swooning.”

He said thanks and now he’s getting cocky. Please stop with the compliments Bold what applies.
Italicize situational.
Feel free to add your own suggestions and carry it on.

[[ Coming from an old house of moderate nobility, Solarian’s elocution is like most Thalassian elves. ]]

[[ He’s well educated and it shows to the point of rambling at times. He can be talkative when he’s nervous or when he feels comfortable enough to let his herbalism nerd flag fly. ]]

[[  Solarian’s voice is adequately deep and fluctuates depending on his mood. There’s often a rumble to it, although he can get high pitched depending on the situation. ]]

[[ He can be painfully honest sometimes, and it shows in how weak his lying game is. It’s something he has to work on if he really wants to get into some mischief. He’s also very adaptive and loves picking up sayings and words from different people. Sol is quite respectful, and will usually address people formally unless he’s comfortable enough to be informal. ]]

#Solarian Autumnsong, #Solarian: Likeness, #this was fun, #also the 'not true but whatever' tweet is Sol AF, #LMAO
0 notes · See All
1disorientedanddisabled1Text

I can be literally any midsized bird in existence

Brain are you just writing fanfic in our sleep now

#lexapro dream, #freakinOh But When I Want To Actually Write Shit While Awake Suddenly Focus Gone HUh, #this ranoms shit, #personal, #WHY AM I LIKE THIS, #lmao, #caps cw
0 notes · See All
iminapersonaljamText

i think it had potential, dweamy. the outside was super cute (though i know he based it off of that one video that’s been on my recommended for weeks now because of him) but as you’ve seen, when you look inside it was bare as shit despite him working on it for like, what? two hours? do better gogy /j none of the dream team are particularly amazing builders, but they have the basics down. i thought it could’ve looked cute but i don’t think his heart was into it.

#at the end of the day george isn't our cottagecore prince despite how much my fic wants that to be a reality, #lmao, #all of this is /lh btw, #dweamy/link!!, #thank you (for the ask) baby
4 notes · See All
sassyweethangText

#supernatural, #destiel, #lmao, #sorry gang but i'm enjoying this pure wild ride of batshit, #we will return to our regularly scheduled programming at some point, #but fucked if i know when, #sas rambles
3 notes · See All
dumbledorrsText

yes, i’m on here more time than i should be when studying for a physics test tomorrow but what did you expect

These light bluegrass tunes are makin my pussy wet I have about a million questions, wtf

I made a meme😌 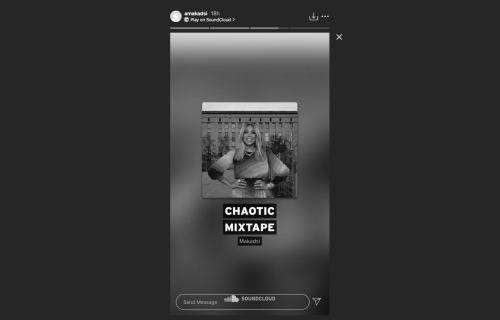