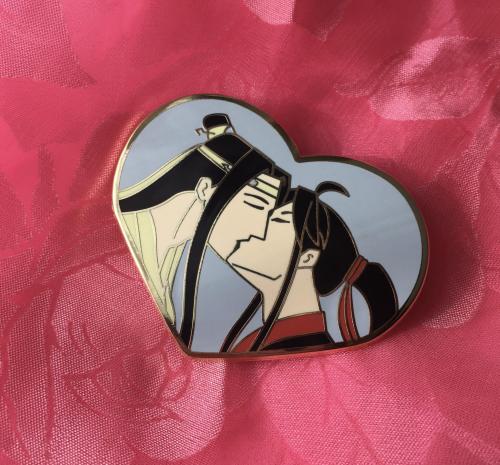 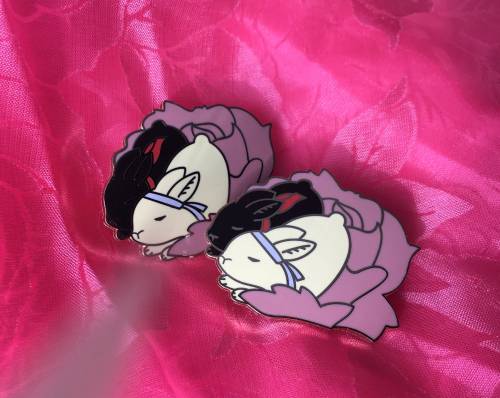 Mo Dao Zu Shi season 3 trailer is officially up on YouTube!! For all those who can, don’t forget to go give them views and support! \o/

You are the one who cares for him the most.
A-Ling, what’s wrong? Who made you cry?

My first MDZS/CQL fic is here! This took me a while to post here (sorry, I forgot!), but better late than never!

“It…it wasn’t a nightmare. It was…um…it was good.”
Lan Wangji’s gaze meets Wei Wuxian’s once more, and Wei Wuxian is thrilled to notice the pull of an almost-smile on the corner of his friend’s lips, the bob of his Adam’s apple as he swallows, the slightest glint of mischief in his honey eyes.
“Tell me.”

Wei Wuxian is pulled from the latest in a series of wonderful dreams that just so happen to star the very man who woke him up. Lan Zhan, it’s the middle of the night! Shouldn’t you be asleep?!

This fic is retweetable! 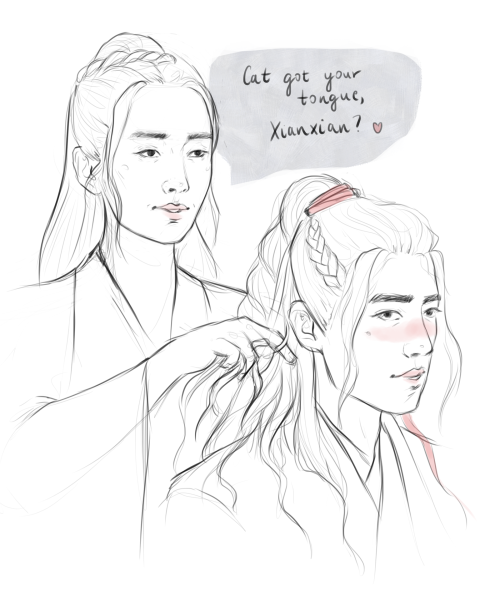 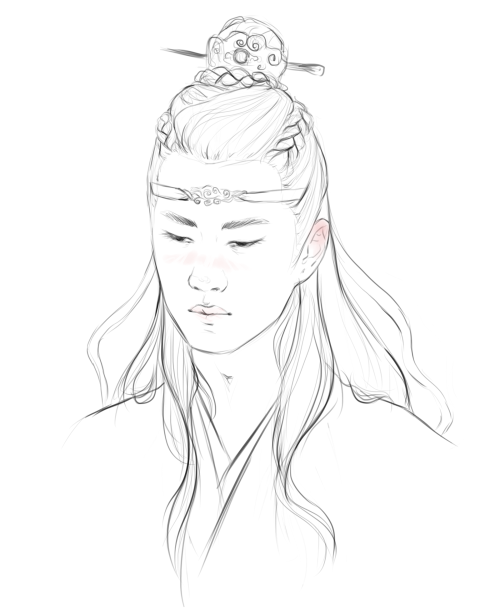 no more writing modern lwj as lonely with no friends. his personal friend group consists of mianmian, jin zixuan, and nie huaisang. no i don’t take criticism

#cql#lan wangji#mdzs#the three of them saw lwj being ignored by the rest of the kids bc they thought of him as standoffish and cold#and said yep we're adopting him.#he loves them <3#GIVE!! HIM!! FRIENDS!! OTHER!! THAN!! WEI!! YING!!#he deserves them!
20 notes
violantepaleologa
Text

Lan Wangji breaks the arm of the first man who tries to undress him. The manager of the brothel is furious and Lan Wangji is put aside for ‘training’. The broken leg Wen Xu had given him while his sect burned made escape impossible. He lasts ten days without food and being beaten every time he refused to pleasure someone.

On the eleventh day his uncle finally finds him. He isn’t sure how his uncle managed to buy his freedom since the Wen sect had made sure to empty the sects treasury before they left, but he’s too grateful to question it. He isn’t sure if his uncle believes him when he says that no one sullied him, but he accepts his answer and leaves it alone.

He is home for only five days when they receive a letter from the Wen sect demanding twenty deciples be sent there for indoctrination.

Since I got so many likes on my previous drawing, I decided to add some colors to our Lan Wangji. 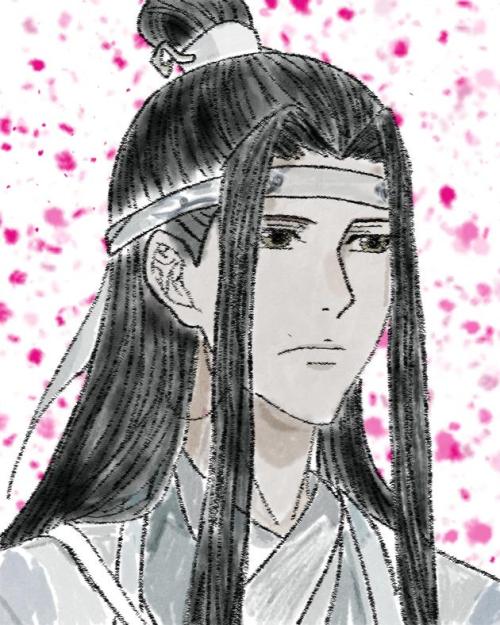 When Lan Wangji steps off Bichen right at the gates of the dungeons, the disciples standing guard cower in his presence.

“Hanguang Jun,” they greet, bowing low. “We were not forewarned of your visit.”

Lan Wangji says nothing, but the point of his visit is clear. One disciple quickly leaves to alert their sect leader, and he knows he has to move quickly. The other disciple leads him down the dark stairway, the heat suffocating. When they arrive at the thick metal door, the disciple turns.

“I hope Hanguang Jun can find the truth to this situation. Let alone the sect leader, this man has driven us crazy. I can’t take it anymore.”

Unconcerned with the man’s complaint, Lan Wangji enters the room. Beyond the door, there are more bars, shadows and light interspersing to disguise the man behind them. Though he cannot see who sits behind them, he freezes.

Crooned weakly, the notes of Wangxian echo in the cell. Silver eyes turn as the singer finally decides to acknowledge who’s in the room.

Mo Xuanyu’s limp teasing pauses as he catches his breath. True to his name, Lan Wangji’s grand white robes glow light in the presence of the plants, his golden eyes gleaming as he stares at the pitiful yet proud man laying on the ground.

There’s no mistaking who the other is.

Mo Xuanyu slowly stands, and Lan Wangji moves forward, both drawn together. They’re only half a foot apart when the disciple knocks on the door.

“Any luck, Hanguang Jun? Is it him? Sect Leader Jiang is on his way, as well, and he seems… Agitated.”

Mo Xuanyu- Wei Wuxian- flinches, his eyes flickering back to Lan Wangji’s. It’s probably the only weakness the man has shown in the time he’s been imprisoned, his eyes begging mercy. Heart pounding, Lan Wangji leans away from the bars. The moment he does, the doors slam open, the irate sect leader storming in.

“It’s not him,” he fervently lies.

The story was well known, of course.

Lan An was born in a temple and died in one, but at a young age he became a wandering monk, choosing to cultivate as a musician. He quickly became famous for his virtues, but refused to settle anywhere, continuing his search for what he believed was his fated person – the love of his life, the completion of his soul. Many people laughed at him, reminding him that it was not uncommon to have four wives and five concubines, offering him up girls in an effort to lure him into their service, but he remained firm in his idiosyncratic conviction that there was a woman out there that would be the singular match for him.

And then, of course, he found her.

I was tagged by @leonzhng​ to insert bernie into CQL and i godda say, you really enabled my procrastination habit with this, thank you! XD

Bernie vibing with a centris (this is a JOKE ^^)

YOU’RE NOT MY REAL MUM.jpg

These are all resicled screenshots from when I liveblogged the show, btw

Idk, are we supposed to tag more people? I honestly don’t know who was already tagged or who’d like to do this, but if you see yourself in that demographic, consider yourself tagged!! :)