Zelda Link to the Past continues into the Ice Palace, where I’m pecked to death by penguins. That should tell you all you need to know.

Hello does any1 know when the mcr tickets 4 St Petersburg go/went on sale?? thnx

#mcr, #ice palace, #kinda tempted to go
3 notes · See All
super-mam-te-mocAnswer
what do you think happened to the ice palace after f2?

It’s still standing on the North Mountain, the difference is that Marshmallow and snowgies moved to Ahtohallan. So probably nobody guards it now? Actually it was used before as an attraction for fancy guests, but snowgies always made a havoc, so now Anna can make parties there without worrying that these brats will kill the fun.

While the novelization that includes cut and deleted scenes described its collapse along other Elsa’s creations, we not only don’t see it in the movie, we see a proof that Elsa’s creations that were outside of a fog when she froze were still intact when she unfroze, like ice decorations on the castle, still present when she arrived to save it:

While we can headcanon all day why is that, the real reason is very prosaic. Disney parks are building Frozen areas and both the castle with iced roof and the Ice Palace are part of attraction.

And speaking of the Snow Queen’s palace… 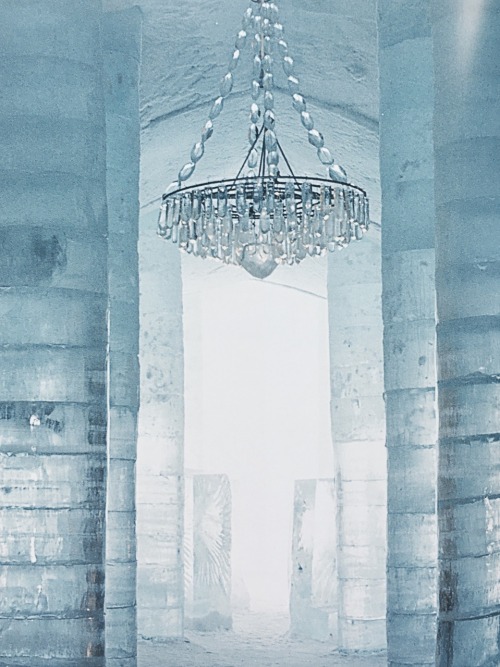 The longer one thinks about this Elsa trades in an amazing ice palace that she built with a powerful ‘let it go’ song (not to mention the merchandise sales of the ice castle) for a Glacier? A Glacier. Think of the merchandise sells…

The ice palace was a place where everyone could reach. I mean the north Mountain never saw so much climbing activity in all it’s years until Frozen 1 happened.  But now living in a glacier I don’t think Anna could even visit Elsa on her own. So 'A kingdom of isolation and it looks like I’m the queen’ is just what Elsa got.

And for those who say 'its only a short ride away’ what happens when Elsa doesn’t get a note from Anna for a few weeks and rides on over to town only to discover that Anna died of the flu that hit the town weeks ago and she wasn’t there because no one could send a note to her? Just saying.

Bring Elsa home asap. She’s living in the past and is isolated and that’s not good.

#Elsa, #anna, #BringElsaHome, #annaishome, #ice palace, #but its only a short ride away, #frozen 2, #post frozen 2, #a kingdom of isolation and it looks like i'm the queen
36 notes · See All
mythopoesiaPhoto 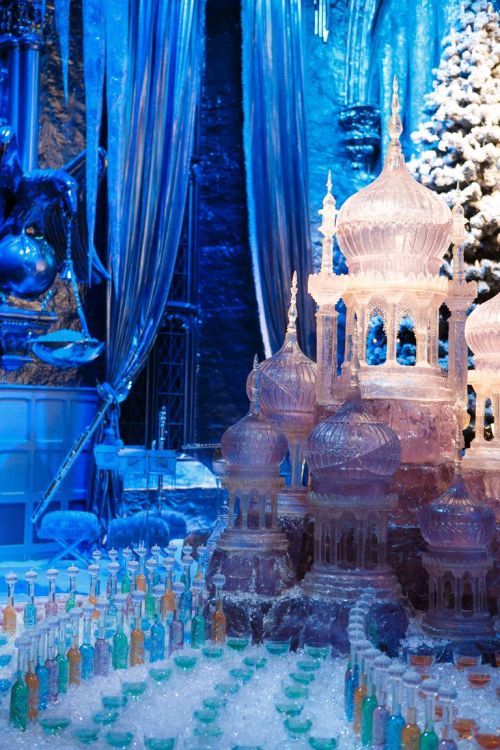 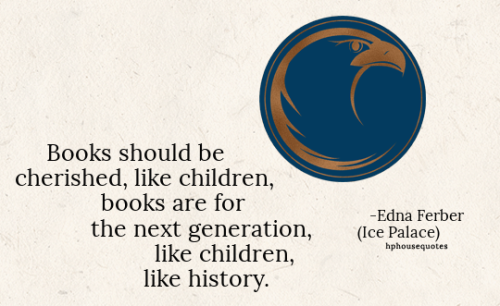 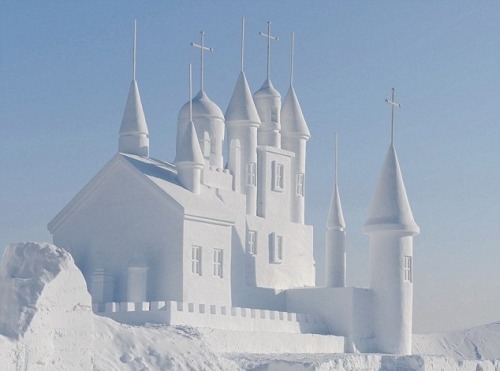 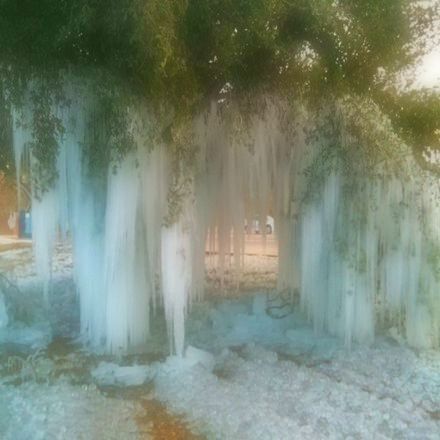 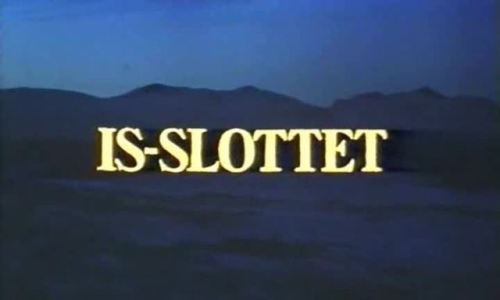 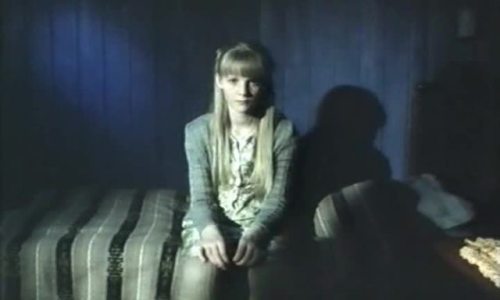 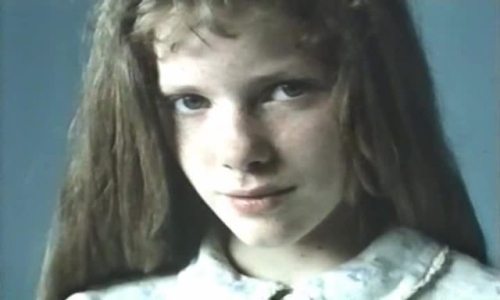 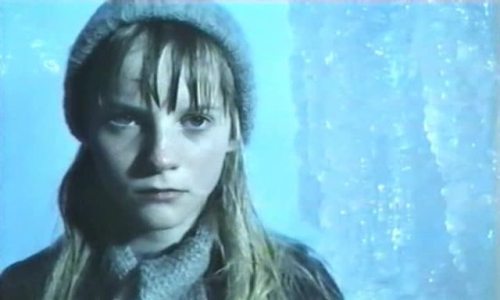 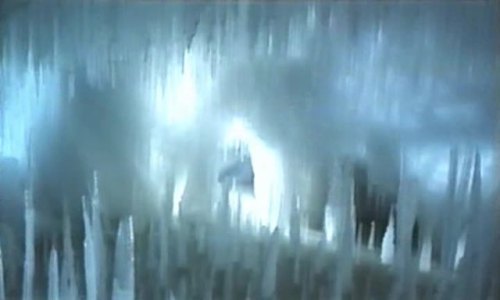 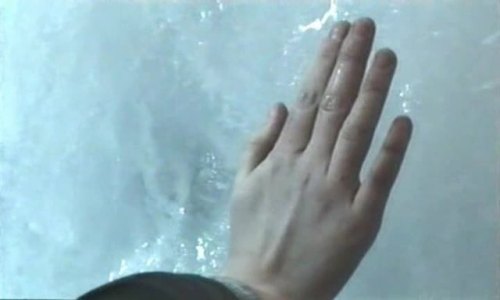 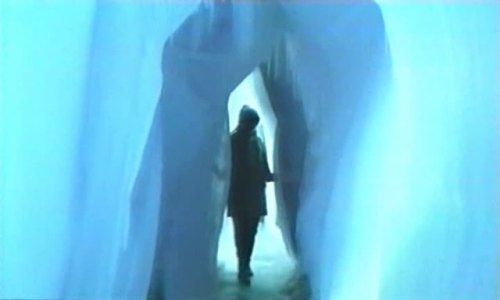 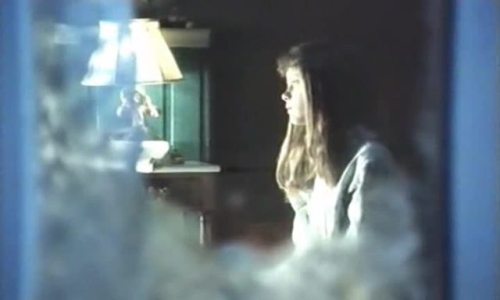 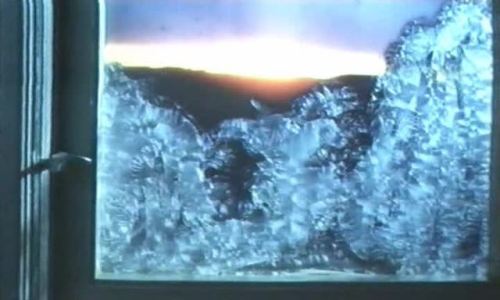 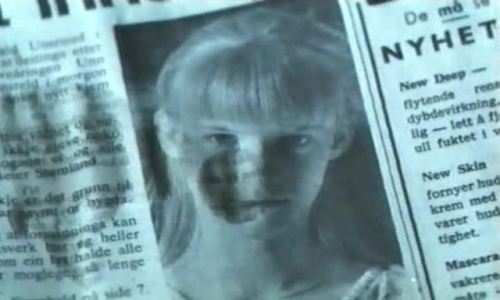 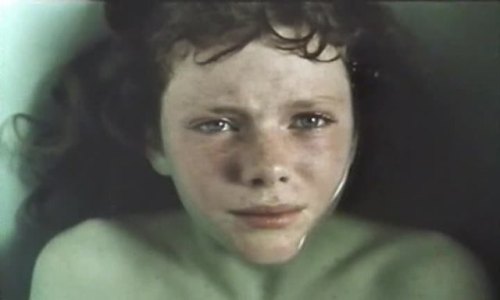 I can see why the Octorok is considered “that one boss” in Zelda Minish Cap, the thing is no joke to fight. Especially when you can’t tell if it’s going to try to spit a rock at you or suck you in. 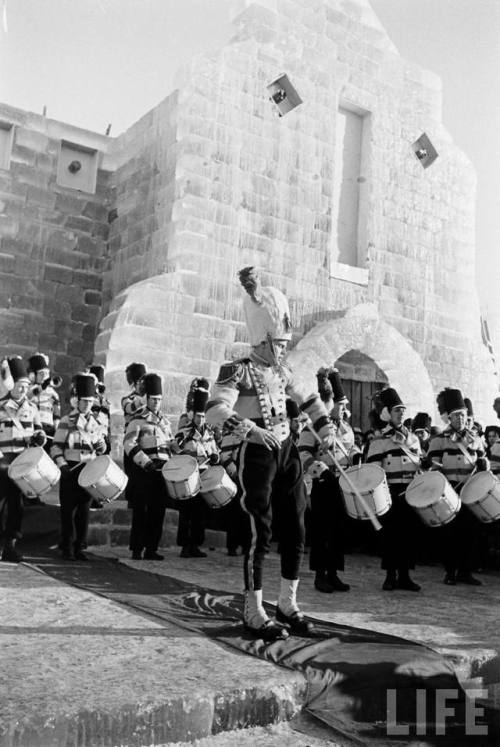 I FRUCKING KNEW THAT JOKE’S END WAS REAL!!! 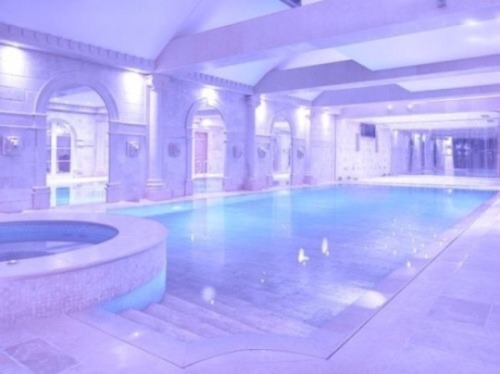 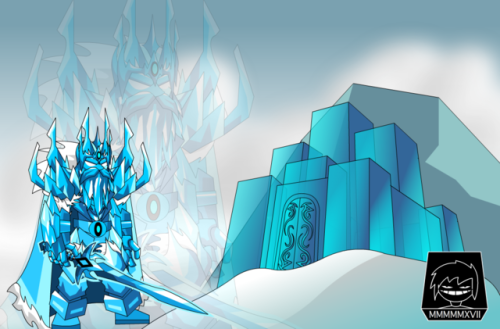 THOU ART CONSUMED BY THE EVIL OF THE ICE PALACE AND ARE DESTINED TO SERVE THE ICE QUEEN AS HER HUMBLE SERVANT. THOU HAST FAILED TO COMPLETE THY QUEST. 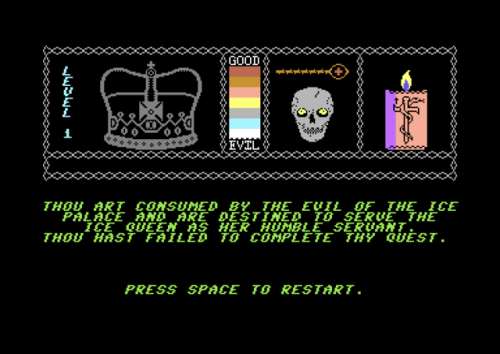 Yue-Lung: I want to hire you

Oh, Tomb Raider 2, I love you and all, but what is with the big huge drops that knock out big chunks of my health? I don’t think I truly noticed how many there were until doing this no medi-pack run. There’s another one as you drop down into the room with the giant gong. Fortunately the last enemy of the game is bloody massive, but doesn’t shoot anything at Lara and is easy to shoot at from the safety of a raised platform. This is also the first level since Venice that we haven’t had to fight any human enemies and that feels bloody good.

There is a bit in this level that drives me up the wall when I play it. It’s the bit when you come out of the water and there are three Yetis waiting for you. It’s really hard to get out of the water and begin shooting at them because Lara moves so slowly in shallow water. I kept loosing massive amounts of health and I knew I had to do this as efficiently as because of the big drop that was coming up. What I discovered was there is a bit in the water that Lara can stand in and have her weapons drawn at the same time, so the Yetis can be shot at from a distance.

This is probably my least favourite of the Tibetan levels, but there is some memorable moments, such as the pitch black room with the spikes and the Yeti. I remember as a teen chucking flares down there to get a proper look but being too afraid to jump down. The trampolines that catapulted Lara into the air, and if you aren’t careful, she’ll get caught in a loop of bouncing up and down and up and down until the fall kills her. The ‘leap of faith’ bridge to get to one of the secrets is also a nice touch. I wonder if they put it in there because people were comparing the first game to Indiana Jones.

One of the things that Tomb Raider doesn’t do too often but I love it when it does is having the levels overlap, and really sell the idea that it is a part of something bigger. The original game did that well with  Obelisk of Khamoon ending where City of Khamoon began. Similarly in Tomb Raider Gold you can look though ‘glass’ windows in Atlantean Stronghold and see parts of the next level, The Hive. The middle section of Ice Palace has us re-emerge in the main area of Catacombs of the Talion, but this time we are able to get over that bridge that was taunting us. 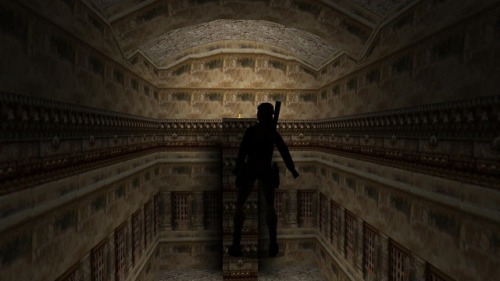 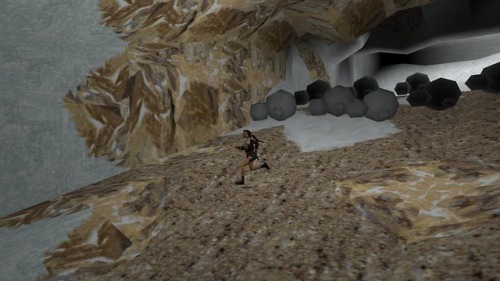 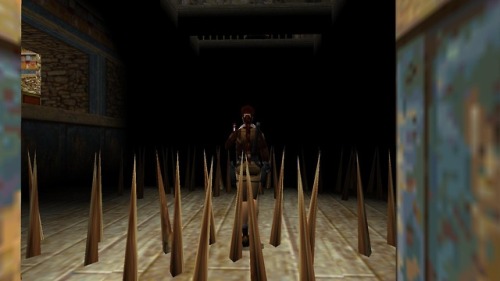 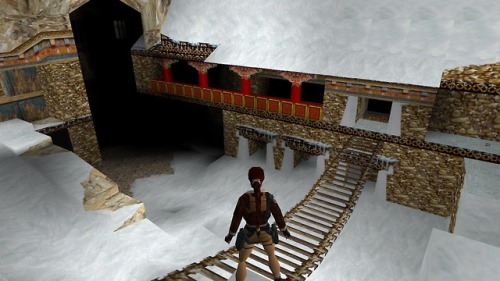 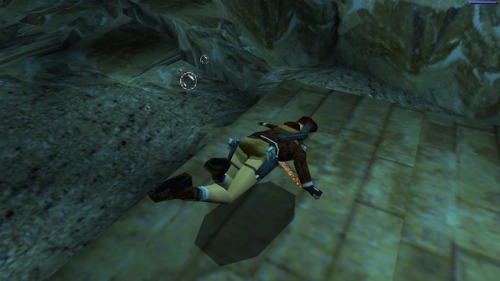 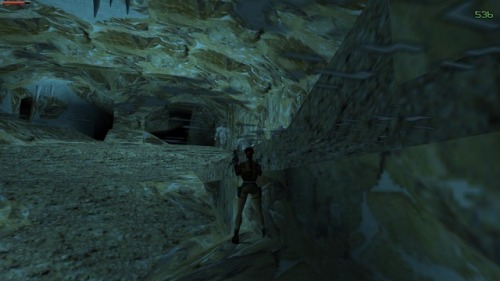 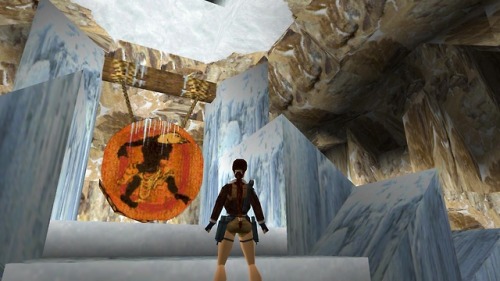 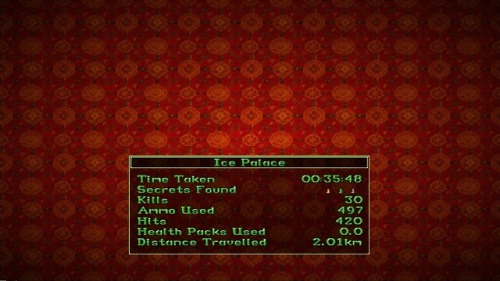