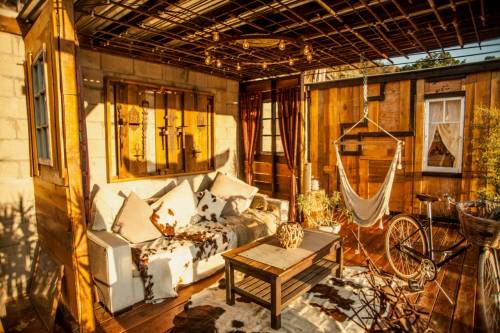 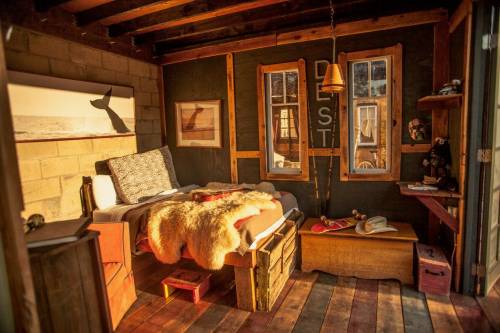 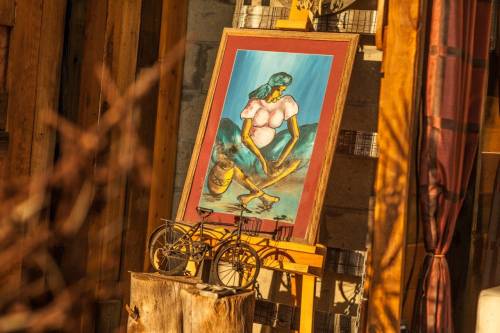 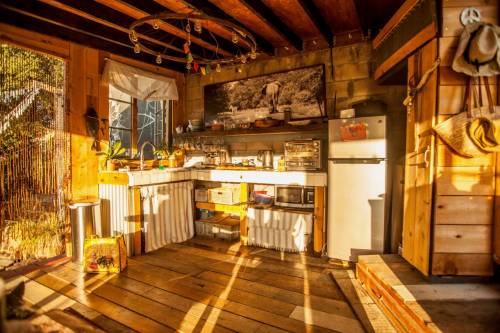 My friend Feisty Lee has been in a breakdown for over a year now, and I’m not sure how to help her. I’m still in Oakland, California, while she’s moved to Los Angeles to be near her family, and when she asks me to visit her, I do.

It’s a warm and calm January night when she flails to the front gate of her white stucco apartment building. She’s super skinny, dressed in leggings and rose gold sneakers, a big sweater, her hair long and straight, thick eyeliner.

“Oh my god, oh my god!” she shouts, flinging her arms and legs as she runs, like a child, although she’s in her early forties. “I’m Michael Jackson!” she says, kicking her big shiny sneakers.

We walk through a tiny courtyard, past a sad patch of grass and a lonely palm tree. Apartment balconies circle overhead and it feels fake and strange, like the set of a sitcom.

“I like your hair, you look the best with a curly bob,” she says, “Have you lost weight, you’re so skinny, I’m fat.” She’s always so attentive and complimentary. That’s why I like her. It feels good just to be noticed. I’m not skinny though, I’m chubby, and I don’t care.

Inside, her place is plain and modern, white walls and white rugs, a combo living room/kitchen with no furniture. On the back windows, vertical blinds cast gray shadows. Her paintings of cartoonish heads are propped against the walls and her bedroom is like a mini version of her favorite clothing store, Anthropologie, with an old wooden dresser, black and white photos hung on clothes lines, a metal rack of colorful, patterned clothes, and a paper lamp in the corner.

“Todd wanted me to be a dental hygienist, but I couldn’t stand the thought of it, what if I’d hurt someone’s tooth when I went crazy? I’d rather try to be an artist than embarrass myself.”

I drive us to the restaurant, along the dark and warm highway, through the black silhouetted mountains. I love the calm and friendly feeling of LA, being from Buffalo, I wouldn’t think I’d feel so at home, but I do. We listen to “L.A. Woman” by The Doors and talk about our favorite L.A. bands, but when we’re almost there, she grabs my arm and stares into my eyes.

I just want her to let go so that I can drive safely. Really, I just want her to be sane, I need my friend back, the one who’s funny and fun. But when she reveals her craziness again, I feel so betrayed and ashamed for trying to make a connection with someone who’s mental.

I picked the wrong restaurant, Enterprise Fish Co., it got good reviews on Yelp, but it’s a big gray corporate shithole.

We’re seated at a booth and served too sweet margaritas made with cheap mixers.

Just in case I still think Feisty’s sane, she laughs and says, “I’m in a knife fight with big oil.”

She drops her fork and crawls beneath the booth to get it. “I used to think it was about talent,” she shouts from beneath the table, “but now I know that everyone just wants to see your ass in the air.”

Oh god, she thinks that everyone’s watching her and wants to have sex with her. Those are typical breakdown thoughts, I know because I’ve had them myself, but I don’t try to argue with her. My friend Rachel cares for seniors with dementia, and she taught me to go along with whatever they say, otherwise, you’ll just upset them.

Our food arrives. For me, oysters on a platter of rock salt and a shrimp Louie salad, and for Feisty, roasted corn and squash enchiladas.

I drink the cold, salty brine from the shells and pick out the meat with a little fork, but while I’m enjoying myself, I notice that Feisty is staring at her plate.

“Your food smells great,” I say.

She takes a few bites, then stops.

“You need to eat and sleep every day,” I say, “You’re never going to get better if you don’t.”

She asks the server for a to go box.

“This place is a rip,” she says when he walks away.

She grabs the glass carafe off the table, pours out the water, and stuffs it into her purse. I protest, but I let it go, I just want to leave without an incident.

On the Santa Monica Pier, the colorful spokes of the ferris wheel light up the night. We drive to my Airbnb in Venice Beach and it’s perfect, a small yellow cottage with white trim and a red door, one big room inside with a vaulted ceiling, a kitchenette, a bed, and a little living room area with a boxy gray couch.

We sit on the floor in front of the space heater and drink beer. She opens her box of enchiladas and starts eating them, and I act like I don’t notice, but I’m relieved.

“It’s just nice to have a little money and to not have those fun squelchers around,” I say, referring to our exes.

“They were paid actors,” Feisty says. “Todd was never happy with how much money we had, but he’ll miss me, I did a lot for him.”

It’s not long before she turns on me again.

“Every woman is jealous of me because I’m skinny and every guy wants to fuck me. I’m so sick of it!”

“Stop it! I’m not jealous of you! I spent a lot of money to get here, so don’t turn on me, you always turn on me!”

She leaves and I make tea in the little kitchenette and lie in bed, planning the next day. I’m not upset because I already knew Feisty would turn on me and I’d planned this vacation as if I’d be alone. That’s part of being a stoic, planning for the things that are going to go wrong, so you can handle them calmly.

Tomorrow I’ll go to the fancy grocery store and walk through the canals to the beach. I’m excited to see the ocean and to feel the sun.

I don’t know what’s going to become of us. We have a little bit of money from our exes, but it’s not enough, and Feisty’s blowing through hers, still in a breakdown.

All I can do is try to help her in little ways and enjoy myself while I can.

Exited for our original art and stickers by @villarrte 👏🙌 check him out!

ain’t even notice me 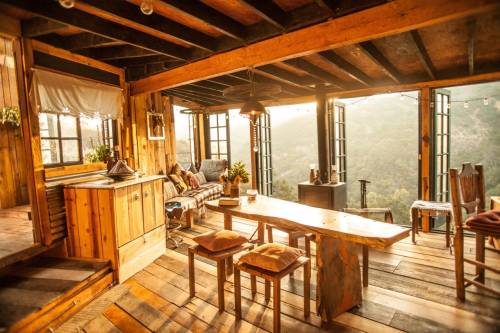 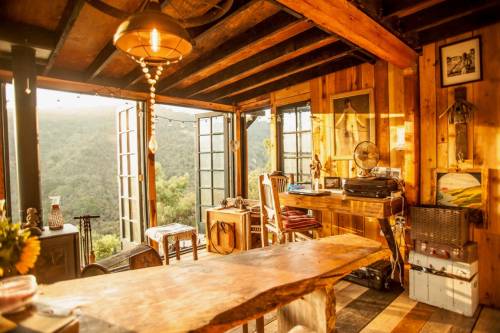 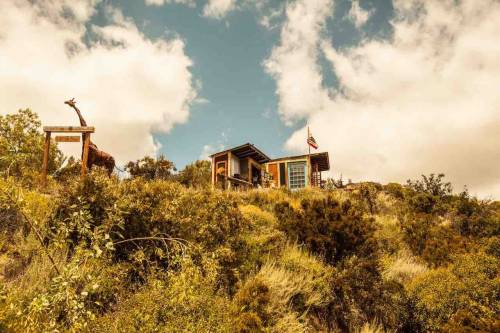 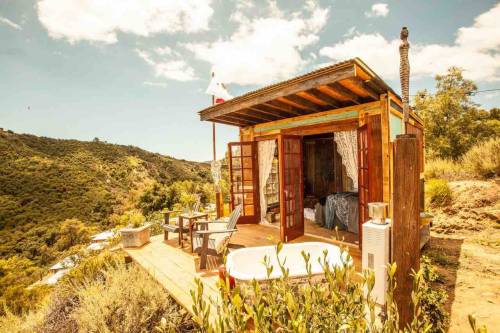 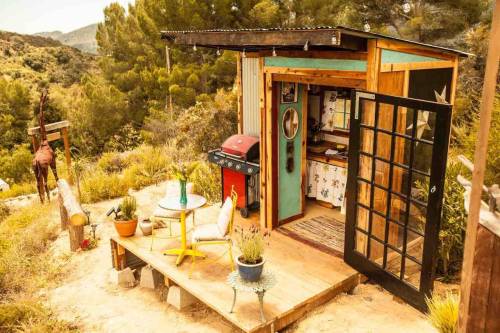 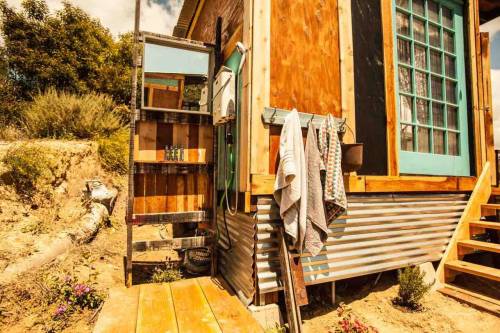 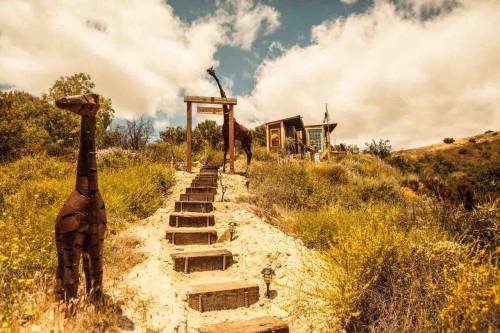