Pippin: *tries to come up with a good comeback but can’t because it’s Merry’s turn with the brain cell*

Just recieved the first piece of art for my new apartment, by the amazing @theshitpostcalligrapher . So pleased with it, using it to inspire my decorating for the rest of my hobbit hole.

#this was in my drafts??, #i think from when my friend was over, #she said it was sad that sam loved frodo so much but frodo didnt love him back, #lotr, #lord of the rings, #samfro, #frodo baggins, #samwise gamgee, #drafts
21 notes · See All
anothersackvillebagginsText

I have decided that Pippin has a huge celebrity crush on Faramir and nobody can argue with me because there is not nearly enough evidence supporting or denying this theory.

Day 4 is AU day, so I pulled out all the stops for this Lord of the Rings AU! Yang and Ruby as Gondorian children of immigrants, Blake as a variag, Weiss as an elf! Accurate(-ish) Sindarin names! (Seriously like 30% of writing this was names)

Might even continue this if people like it. And maybe if they don’t. Because I sure do!

Dress for an elf 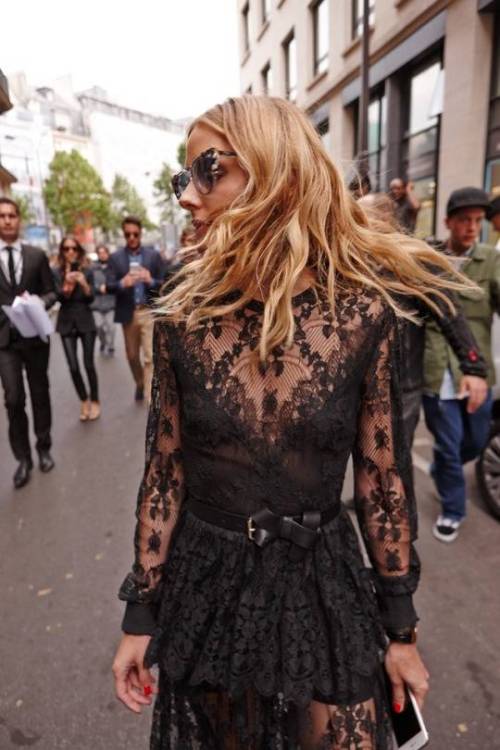 #lord of the rings, #the silmarillion, #the hobbit, #elves, #lotr, #clothing
15 notes · See All
lotrsceneryPhoto 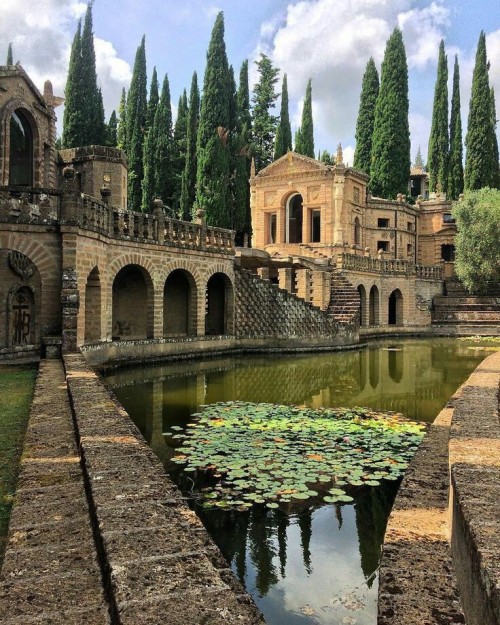 Bill deserves to be considered a member of the fellowship

reminder that i’m doing free commissions for anyone who donates $25 to Black Lives Matter or any protest bail fund. (the person who commissioned this one asked to remain anonymous for safety reasons). dm me if you’re interested and keep fighting the fight ✊🏾

SAM: I know. It’s all wrong. By rights we shouldn’t even be here. But we are. It’s like in the great stories, Mr. Frodo. The ones that really mattered. Full of darkness and danger they were. And sometimes you didn’t want to know the end.

Because how could the end be happy?How could the world go back to the way it was when so much bad had happened?

But in the end, it’s only a passing thing, this shadow. Even darkness must pass. A new day will come. And when the sun shines it will shine out the clearer. Those were the stories that stayed with you. That meant something. Even if you were too small to understand why. But I think, Mr. Frodo, I do understand. I know now. Folk in those stories had lots of chances of turning back only they didn’t. Because they were holding on to something.

FRODO: What are we holding on to, Sam?

SAM: There’s some good in this world, Mr. Frodo. And it’s worth fighting for.

#lord of the rings, #frodo baggins, #life quote, #mental health, #inspiring, #lotr, #I come back to this quote when depression HITS
11 notes · See All
disasterbipippinText

seeing that ‘pippin feels shame about moria in the same way you feel shame for being a cringe preteen’ post circulate is so wild to me bc when i was 12 i was DEEP into the oc x pippin subgenre of that sort of lotr fanfic and no matter what the author decided to skip over for time the well scene was always mentioned bc it was commonly established fancanon that pippin blamed himself for gandalfs death and like. is that not a common reading outside of the pippin shipping fanfic community? is that not established as baby’s first trauma?

#no shade to the original post i genuineness need to know where the larger community stands on this, #bc as wild as it is to me some of you read aragorn or legolas oc x fanfics when you were 12, #and i dont think out experiences are the same, #pippin, #lotr, #my post
17 notes · See All
yourwakingnightmaresText

Don’t get me wrong, what Eowyn did was badass. No argument.

But uh… Lemme point a thing to you.

So Eomer gets banished, right? Takes two thousand of his men, and rides through the Westmarch, killing Uruks as he goes.

Gandalf rides up, and basically says, “Hey, I fixed your uncle, but the Uruk-hai are marching to attack him at Helms Deep; he needs you, or he’s gonna die.”

So Eomer rides two days, nonstop, and then him and his men dive right into a battle against 10,000 men. And they win.

They march back home, spend a day celebrating. Gandalf rides off, and Eomer thinks, “Hey, maybe I can relax for a bit now.”

Nope. Two days later, the beacons are lit. Eomer is sent to rally the men of the countryside, then meet Theoden. They’re there approximately two days, in which time, Eomer -as Marshal of the Mark, the king’s nephew, and now heir -presumably helps with planning, logistics, and inspection. He rides three days, breakneck speed, into the battle of Pelennor Fields. They crush the orcs…

BUT THEN… the mumakil (elephant) riders show up. So without taking more than a few deep breaths, he rallies his men to turn and keep fighting.

In the books, during that battle, he finds Theoden, and basically says, “Protect his body, we’re gonna get him off the field. This is important.” Then he finds his sister, and basically Hulk rages out, and runs off alone, slaughtering as he goes until he runs into Aragorn, and they then have a Bro It Up slaughter-fest.

Finds out his sister is still alive after the battle, and stays by her side until Aragorn calls him to a meeting. It’s at that meeting when the suggestion of taking their few remaining men, and marching on the Black Gate is suggested.

And Eomer… This dude probably hasn’t slept in at least two days, slept in a horse for almost a week before that, who had maybe two or three days of non-fighting/non-planning. Who fought a massive battle he was supposed to lose two days ago, and another massive battle against a force that out-numbered him a week before that, with only two days of down time in-between…

Like this dude had the fortnight from Hell, and he still marched into every battle, fought like an absolute beast, survived, and then was down to march into his third unwinnable battle in less than two week’s time.

And what makes this even more impressive? His men loved him enough to go, “Hell yeah dude. Let’s do it.” All three times.

Like… Eomund and Theodwyn had boss ass children, with the stamina of a horse, the fierceness of a tiger, the loyalty of a dog, and the ‘give no fucks’ of a wolverine.

#Lotr, #lord of the rings, #eomer, #eomer appreciation, #eowyn, #the two towers, #the return of the king, #Rohan, #rohirrim
14 notes · See All
wolfjackleText

Some more dreamcatchers I made! I have too much fun with these.

Elrond, : Thank you for taking Y/n. Unfortunately my business with Gandalf involves danger.

Galadriel, : Of course. She will be safe here.

*a crash in the distance*

Elrond, stiffens, : Are you sure that you are up for this?

Galadriel, laughs, : I have dealt with young ones before Elrond, how bad can she be?

You, a GenZ, running past them with guards on your tail, : I’M A BAD BITCH YOU CAN’T KILL ME! 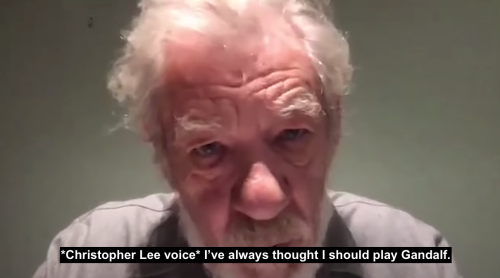 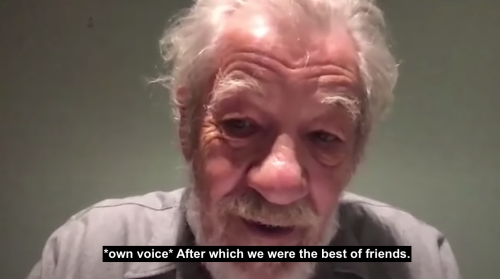 Peter Jackson: Sméagol and Gollum, how do they social distance? 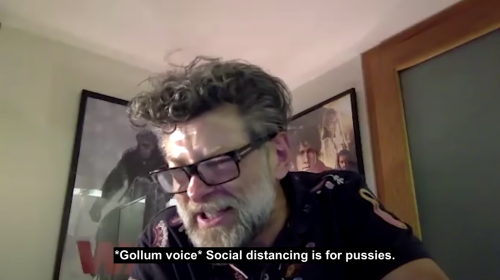 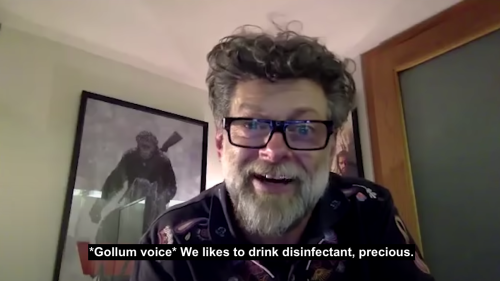