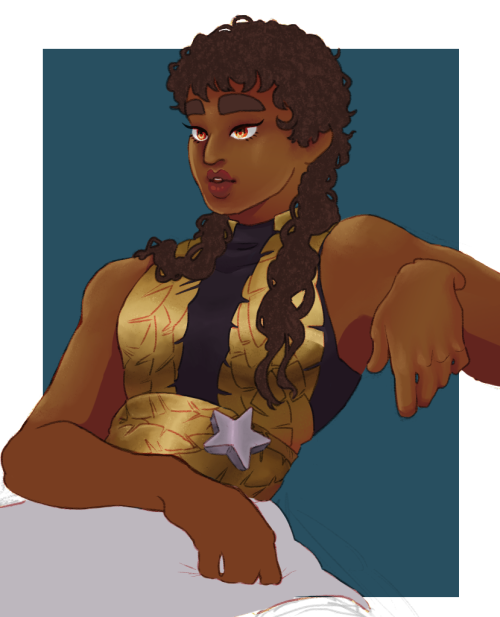 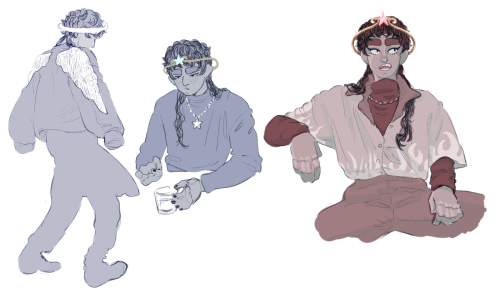 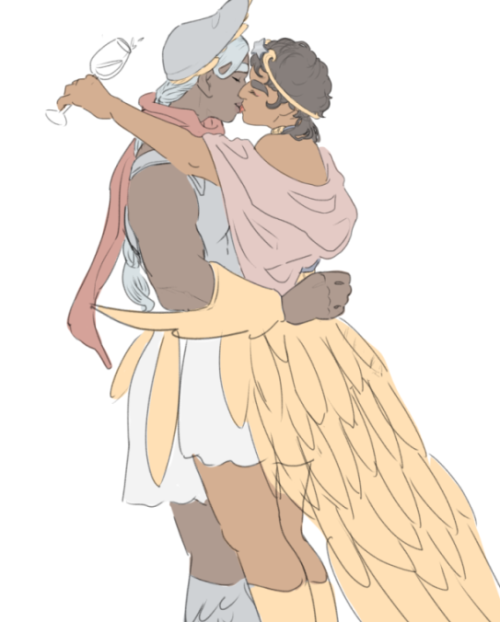 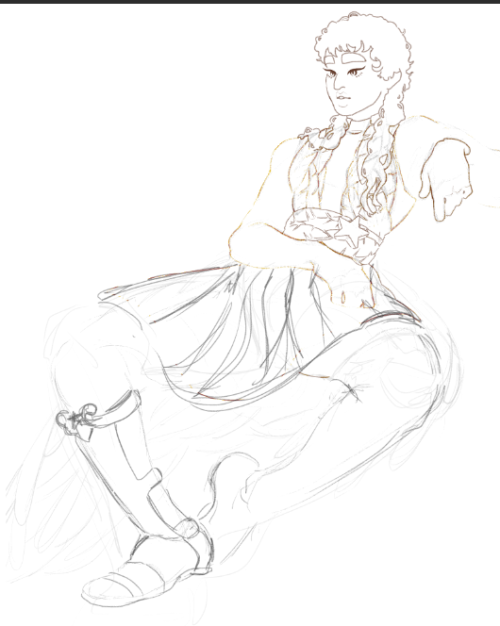 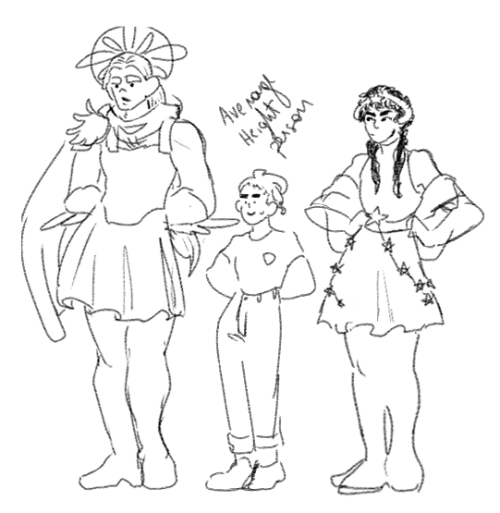 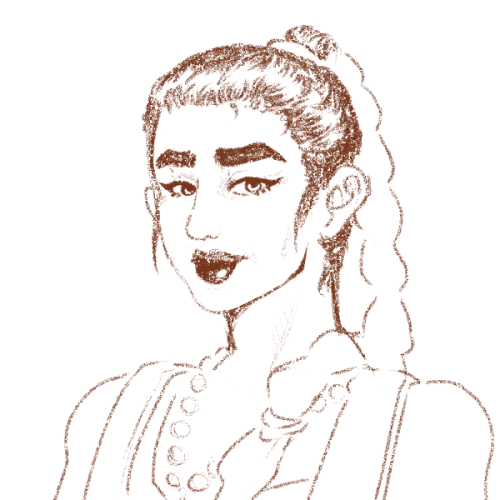 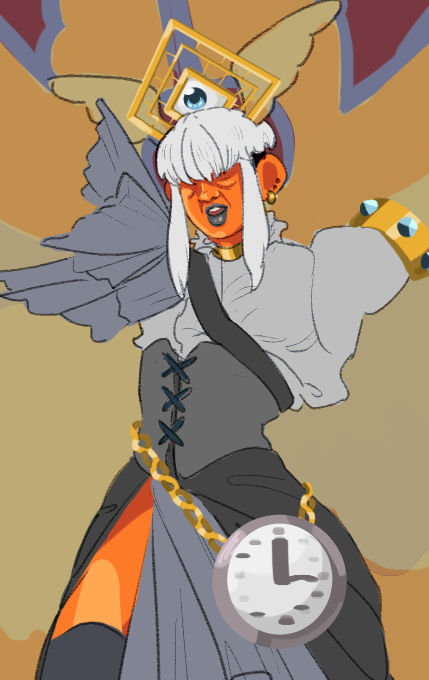 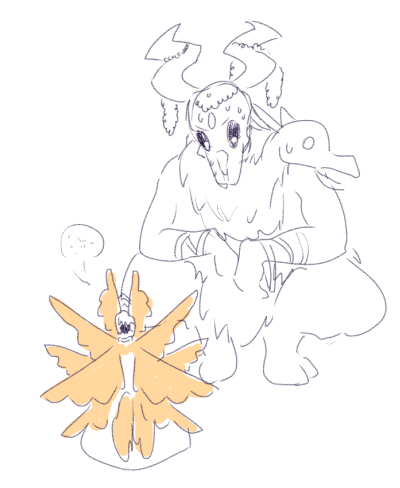 Yeah I’m looking forward to Lucifer but I have this unpopular opinion that I need to get out there: Whilst I think Chloe and lucifer are good together, I have always thought of Chloe as pretty boring as a character. A bit bland, maybe?

#lucifer, #im sure people can bring receipts to prove me wrong, #but I honestly never found her interesting personally
0 notes · See All
axe-scarlettText

For this I was Inspired by a story from Devilgram (“Join Me for a Cup of Tea”).

Summing up the boys~ 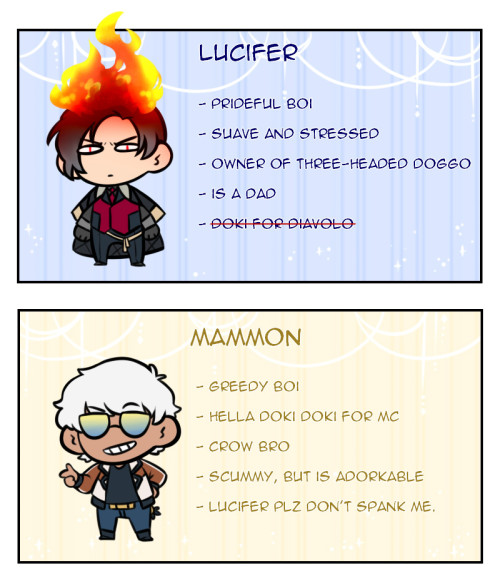 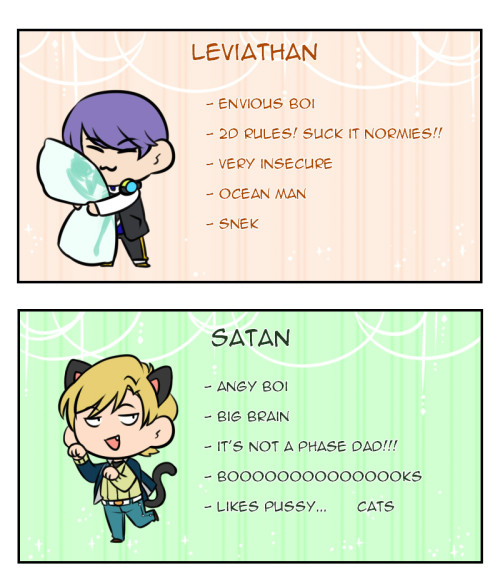 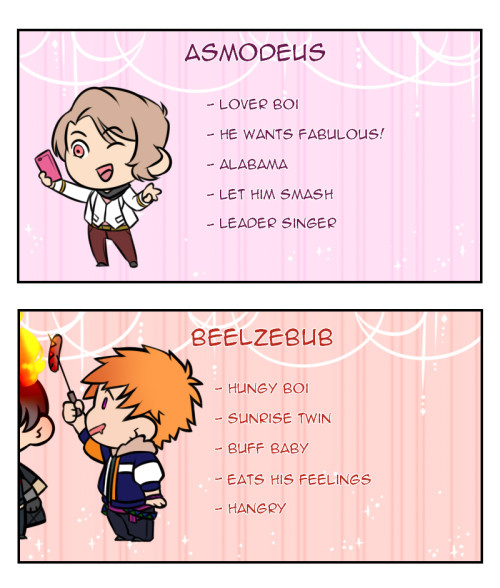 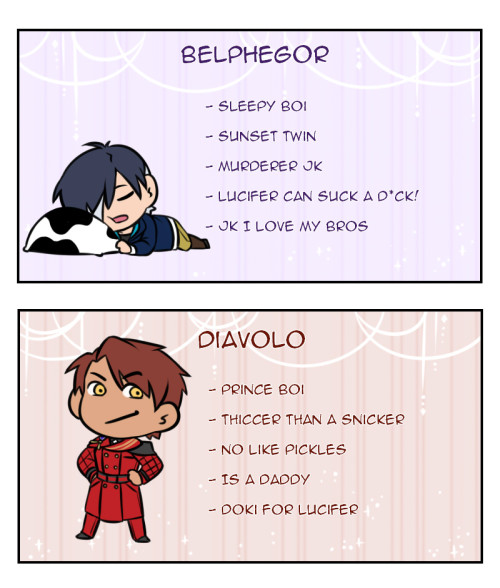 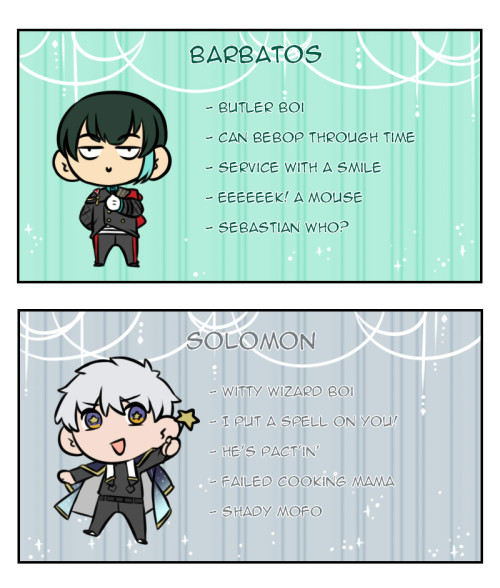 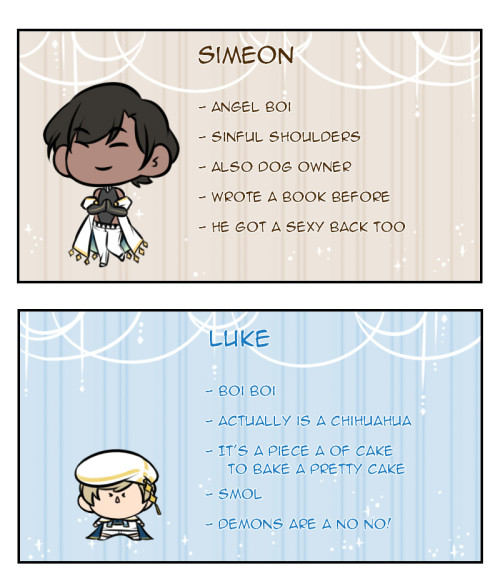 Hi there! I’m Val. I go by she/her pronouns and I don’t really identify with any sexuality. I’m 15.

I’m currently watching Supernatural, I don’t know why I didn’t watch it earlier, but I’m on season 6. I’ve watched the Harry Potter movies and I’m currently trying to buy the books without supporting the author. Yes, I’m falling in love with all of these characters. And sometimes, all I feel is pain. 😔

I’d like some friends because I’m kinda lonely lol. But I’m kinda awkward and sometimes I don’t have the energy to speak to people. Anyways, we can be friends if you’re interested in the following: shifting, harry potter series, the vampire diaries, kai parker (loml), criminal minds, aaron hotchner (also the loml), supergirl, the originals, legacies, supernatural (bruh I fell in love with Castiel the moment I met him), lucifer, the umbrella academy, anne with an “e”, and I am not okay with this. I probably have a lot more but those are the ones that come to mind. And if you’re not interested in those, maybe give me some suggestions to watch. I can always use a new hyperfixation to distract myself from the real world.

Lucifer: I will have your head on a stick if you don’t…!

Gabriel: *appears out of nowhere, armed with an acoustic guitar*

Gabriel: HEY, I WROTE YOU A SONG!

yknow, before lucifer s5 trailer and part 1 came out, i had hoped for happy twin action

guess what i got instead

Reblog if you want more!!

“Hmm, how did I still end up with this thing in my room?”

Levi looked over his shoulder, watching Mochi as she sniffed the air in his room. His audible groan crept across into the hallway and was picked up by a passing Asmodeus. He then popped his head in with a smile.

“Oh Levi, don’t pout, she’s only going to be in your room for a couple of hours. We just have to wait until the curtain rod and the kiddie pool to arrive from Akuzon to fix her room.”

“But, why though? How can I concentrate with a killer familiar in my space?”

Asmo crossed his arms and sighed as he watched his nervous brother staring at the curious seal from the safety of his bathtub. Mochi, however, seemed to have no interest in the weary otaku as she pivoted around slowly to get a full view of the room. Her big round eyes shimmered as she stared at the water ceiling which drew her in with its moving texture. From there, she found herself moving towards the gigantic aquarium wall. Slowly she bounced her way over to it and stared at the vast display. Her snout found its way to the edge of the glass as she gently pressed into it.

“Aww, I think she likes your aquarium~” Asmo teased.

“Yeah right, she probably just wants to eat the fish in there. H-Hey, don’t even think about eating Henry!” Levi demanded from his tub.

Mochi turned her head to look at him, causing him to flinch. With a soft snort, she turned back to the aquarium wall and pressed the side of her head to the glass. She closed her eyes and reduced her breath to a softer tone as she pressed more of her body against the cool glass.

“Is she listening to the water?”

Asmo and Levi jumped as they noticed Mammon looking over Asmo’s shoulder.

“Don’t scare me like that, idiot! Who said you can come into my room?”

“Nobody since I’m not in your room, I’m in the doorway.”

“Anyway, since when did you become an expert?”

“I didn’t, she just looks like you did after you drank too much at The Fall~”

Levi could feel his blood boil as his brothers shared a laugh on his account. However, their fun was interrupted with the arrival of Satan and his book.

“Mammon may have the right idea, considering she made ice out of thin air. That’s why ice magic is a pain to actually use, it causes overheating and exhaustion.”

“Aww, she’s burning the candle at both ends.” Asmo commented.

“Seriously Asmo, are you into animals now?” Mammon jabbed.

“What, I can sympathize with her, that’s all~”

“For your information, enticing someone takes a lot out of me.”

“Oh yeah, ‘cause all that eye fluttering just takes so much energy.”

“It does but probably not as much as running from debt collectors.”

“Or as much as you running your damn mouth!”

And just like that, Mammon and Asmodeus devolved into a full blown argument that left Satan and Leviathan dumbfounded on the sidelines. However, sudden cold caressed their skin as Mochi gave off a low growl from her scrunched up position.

“You fools, she may be a witch’s familiar but she’s still an animal. Your petty squabbling is stressing her out.” Satan claimed.

“Oi, get off of my back, I am not going out of my way for a flippin’ seal! I don’t care what Lucifer says!”

“Oh really, Mammon? You don’t care about a direct order from your beloved eldest brother?”

Mammon’s blood ran colder than Lucifer’s sweet tone that crawled into his ear.

“W-Well, if he really needs me, I guess I could help out.” He claimed sheepishly.

“Sounds like a plan then. You can use your hot air to blow up the inflatable pool we got for Mochi.”

“It was until you so graciously volunteered. Besides, Beel is putting up the curtain rod for the door frame and he’s still waiting on the curtains, Asmo.”

On cue, Asmo bolted from the room and down the hallway while Mammon slugged behind him. Lucifer then turned to Satan.

“Didn’t I ask you to tell everyone the delivery came early?”

“Whoops, guess it slipped my mind.” Satan claimed as he walked away.

Lucifer sighed heavily as he turned his gaze to Levi who sunk into his tub to avoid detection. He then looked past his brother only for his eyes to meet that of a distrustful Mochi. A small smirk crawled across his face as he crossed his arms.

“Well, Mochi, your room is going to be done momentarily, so just be patient for the time being. If you need anything, let Levi know.”

But Levi’s plea fell on deaf ears with Lucifer’s departure. He squirmed a bit as he looked over to his shoulder to the quiet seal. Her eyes were now closed and her breathing slow and even. Seeing this, Levi slowly raised himself from his tub and approached the sleeping Mochi.

He crouched down quietly next to her and slowly reached for her. Once close enough, he took one finger and gently poked at her side three times.

“Woah, she really is like mochi.” He softly commented as his finger bounced back from her blubbery body. What started out of curiosity seemed to awakened something in him as he continued to poke the sleeping animal over and over. However, his slight joy was interrupted by a sudden short snort from the slumbering beast which nearly made him lose balance. Realizing enough was enough, he climbed back into his tub and pulled out his portable system. He sighed to himself, feeling much safer with a wall of porcelain between them.

He doesn’t really have a favorite. He usually just likes whatever’s game play more then story, something that offers a lot of challenge. So maybe something like Cuphead? He especially likes to defeat The Devil as Lucifer is sitting right next to him.

Among Us. He has to join random games because somehow he’s ALWAYS the imposter and the people he knows (that includes Castiel and Samandriel and even the Winchesters on occasion) have come to expect this and preemptively call an emergency meeting and vote him out.

Math games. He’s a whiz at them and he just finds them really good for practice and to test his own ability.

Candy crush, obvs. A game about candy and you expect him not to fall in love with it immediately? You gotta be crazy to think he doesn’t have all sugar stars and isn’t always somewhere on the leaderboard.

He’s slow. He takes his time to learn all you favorite spots, all slow kisses and feather light touches. And when he’s inside you, he’s a mess. All flushed cheeks, messy hair, and heavy breathing even though he doesn’t need to breathe in the first place.

Lucifer doesn’t really know the meaning of “take it slow”. He rushes in headfirst with the collars and nipple clamps and whatever else he can think of. He wants to try everything with you, at least once throughout what was undoubtedly going to be a long day, following well into the night.

He’s so awkward, bless him. He’s never had a sexual interest in anything before so he fumbles a lot, getting frustrated with himself. He knows how to take off your clothes, how to kiss you, where you’re comfortable with him putting his hands, but he just can’t stop messing up. Eventually, you’re gonna have to take over and help this poor bottom get the hang of it.

Did someone say -*whips out fake mustache* sex?

Whatever you’re into? He probably already knows it. He’s good at reading people like that. That being said, be aware that he’s definitely going to try and push your limits. By no means will he want to make you upset, but he likes things to go his way and to have people go a little out of their comfort zone to please him. You’re definitely gonna need a safe word with all the shiz that he’s into and he’ll stop right that moment.

fav or reblogue if you save

IM CRYNG WHY IS THIS SO FUNNY 😭😂

#ok it like deleted the first time???, #im technologically incompetent apparently, #BUT THIS CRACKED ME UP, #supernatural, #dean winchester, #jensen ackles, #Lucifer, #spn, #rewrite the stars, #ok but like was anyone else like ‘wtf’ when watching this scene because that was cheesy as hell, #like uh michael x lucifer but let’s fly jensen and mark around set, #tech issues fixed
5 notes · See All
thedevilhasaheartText
#occult, #occult aesthetic, #occultism, #evil, #satanic, #666, #satan, #lucifer
8 notes · See All
barbieofcolourText