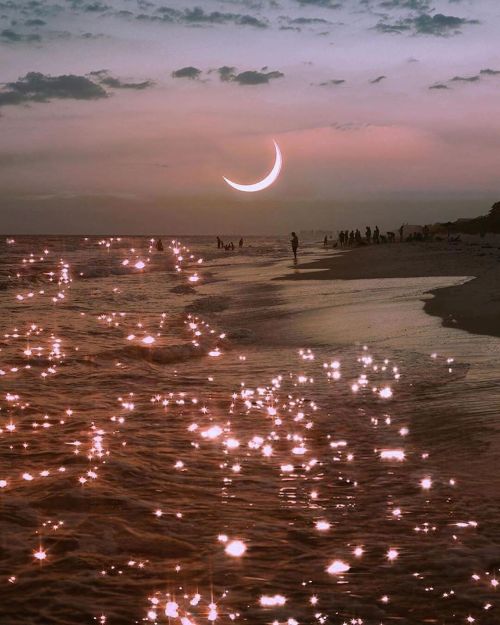 If you see these GIFs on another platform under any other name than “voidkain” or “grimreaxper” let me know, thank you 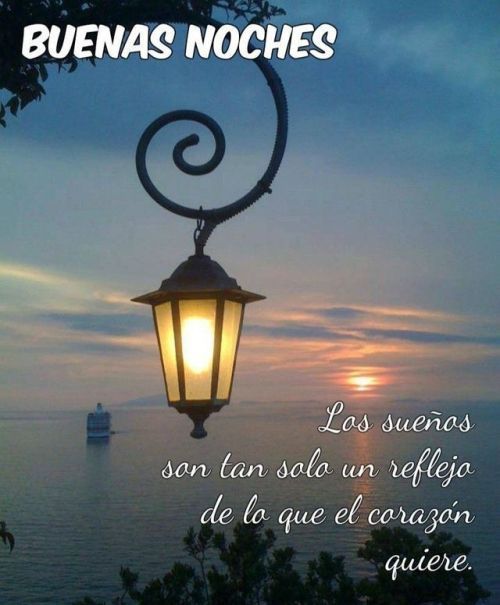 Perfect song for Mateo! Magic! Fun! Mateo is awesome! I love seeing all the magic he uses! 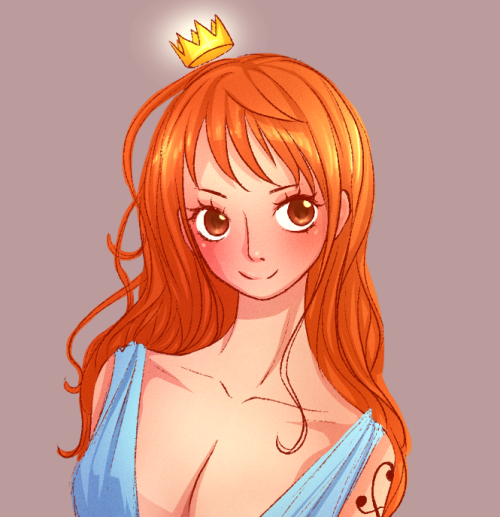 Those making fun of these clearly have never seen the first US version.

While photographing the half moon last night, I noticed an @emirates airline flight approaching and landing @dxb, I knew from the path it will pass over the moon in the very narrow view of the telescope. I immediately switched to video mode and captured this footage.

Well. This month was something. I spent most of in jail.

The alley outside of Trollskull Manor was bombed recently, and I just knew it had something to do with us. The primary target was supposedly running towards the manor, after all. We were investigating what had happened and who could possibly be behind it when I remembered the spell Speak With Dead. I don’t know it personally, it’s more of a clerical thing, but I couldn’t believe the guard hadn’t done it yet. While the rest of my coworkers talked to a nimblewright at the House of Inspired Hands (we know a nimblewright threw the fireball necklace that caused the explosion), I took Anthony back to the manor to try and find some answers. Strange guy, Anthony. up for anything as long as he’s not incriminated.

Anyway, we got there and Barnabus Blastwind told me right off for trying to get information. Quoting ‘procedure’ and all that other bullshit the guard uses to excuse being lazy and not letting other people help them. Someone blew up my house kind of and also threatened my girlfriend, I wasn’t about to just sit around and wait for who knows how long. So I took Anthony and we went to the morgue to ask some questions of our own. A smart fellow, he cast zone of truth first and we got the information we needed. the target of the attack was a gnome named Dalakhar who used to work for the Neverembers. Apparently he was trying to get us, as the adventurers who saved Renaer Neverember, to give us the Stone of Golorr. AKA the thing every criminal faction in the city has been fighting over for months. He was being chased by Zhentarim agents under their boss Urstul Floxin, none of whom saw the explosion coming. The Zhentarim are working with the Galhund noble family.

All this information which could be used to save lives and prevent disaster, possibly unknown for days because of ‘protocol’. I wasn’t about to tell any old guard all the information (Dalakhar’s corpse warned me that spies were everywhere), but I did tell the guard on duty the names we had uncovered.

Fast forward 2 days, after I’ve just had the chance to warn Renaer about the threats, and guess who shows up at the library doors to throw me in cuffs! Barnabus Bloody Blastwind, that’s who. He wouldn’t listen to any of my reasoning or the fact that I had helped him, instead forcing me to ten days of menial labor and a 400 gold fine. Luckily my noble privilege prevented me from being brutalized or killed. fucking guardsmen. Lydia and Anthony both helped with the fine money (anthony because I didn’t get him in trouble, Lydia because i don’t really know, I could have paid it off just fine). But hey, now I’ve been to prison. cool. We also know that there is a nimblewright on the Gralhund villa grounds (wow, who could have told the guard that? oh wait. me.)

#Luna Thann, #Luna, #wizard, #human, #grand library of waterdeep, #librarians assistants, #librarians, #waterdeep dragon heist, #dnd 5e, #diary entry, #now all of my pc's have been to jail!!!, #the one defining trait all my characters have in common with each other and me is 'fuck cops'
0 notes · See All
assistantlibrariansText

I had another spell show up in my dream notebook. I swear having that thing made, having it record my dreams for me while I sleep, is both the best and worst thing to happen to me. I already assumed it was broken when it wrote some of my dreams in a script i didn’t Recognize (I later found out it was the forgotten goblin script? What?), but now it’s teaching me spells! It was a spell that allowed me to transfer my life force to another person. I was hesitant to say the least, but when we were fighting the serial killer this month Eth nearly died (she’s prone to this, apparently). In a panic, I cast it. It was the most pain I have ever felt, as tendrils of my own magical energy flowed out of me and into Eth. It worked though, restoring her completely while leaving me fairly intact.

I hate Caiphon. But maybe… maybe it was helping me? It’s purposes are unknown to me.

Of course I shouldn’t have expected the calm to last, as it seems our library is a fucking storm center, but that doesn’t change the fact that I was woefully under-prepared for this month’s bullshit.

It started off okay, on all accounts. Lydia turned 21 (I honestly didn’t know she was younger than me. It’s probably just that she’s tall and buff and confident and beautiful but I really didn’t expect it), so we went out to celebrate at the Yawning Portal, where I made a right damn fool of myself. Honestly… I don’t remember much of the night. I’m not a lightweight normally, but magic does funny things to your system so it always ends up being a roll of the dice. Apparently I got snake eyes or something, because I was out after half a tankard according to everybody! All I remember was consistently reminding myself to give Lydia her present, while we negotiated some job with an elf named Davil who smiled too much. Eth was kicking him, and I tried to cast Hold Person on her but it didn’t work. I was drunk, as I said.

I did end up giving Lydia her present. I spent so long thinking about what to get her, not wanting to be forward because I really didn’t know how she felt about that night last month while still showing that I care about her. I decided to book her a night at Warm Beds, a tavern in the dock ward my mom used to frequent. They offer what it says on the tin, they warm the bed before you get in. It’s fantastic. Lydia invited me to come with her, which prettily settled all of my doubts. Nothing happened! I was too drunk and not ready for that. We just stayed up late, Lydia being an angel and listening to me tell drunken stories apparently. Again, I don’t remember much. I just remember how sleeping in the same bed felt: amazing. I’m a really sappy bitch.

Of course, with that great occurrence the rest of the month went to SHIT. Apparently Davil Starsong (the elf from the YP) wanted our help tracking down a serial killer! (Side note: I also managed to get 50gp for each of us? I have no memory of this). After some looking we found the site of the most recent murder. I negotiated with Meloon to let us in on the investigation if he gets to come down with us to the next floor. I really hope Lydia is as okay with this as she said. We ended up getting this fucking close to catching the serial killer too!! He happened to attack a friend of Eth’s who she was tracking down. But Then! Guess Who! Shows Up! The Dumb Red Bastard! Calls himself “Flimblim” which is a stupid cover name if I’ve ever heard one, protects the Serial Killer, threatens my coworkers, and vanishes! I was seeing red, I’ll say that much! If (when) I find him, I am going to make his life a living. hell.

#Luna, #Luna Thann, #grand library of waterdeep, #waterdeep dragon heist, #librarians assistants, #librarians, #wizards, #flimblim the red, #relationships, #a fucking meetcute if I've ever seen one, #also one of our other players apparently was shipping Lunydia HARD, #that was fun, #diary entry
0 notes · See All
assistantlibrariansText

I really don’t know what all to write about here. This month was very quiet, no combat and no library excursions either. People took the opportunity to go about the city it seems. We saw very little of Hiss in particular, thought that’s not abnormal. I have thrown myself at this Trollskull Manor project because I’m going to run out of spell money soon, and at this point I know so many that most of the more situational ones don’t get used. I can only remember so many off the top of my head.

Anyway, Trollskull Manor. The spiritual bartender is no less vocal about his dislike of our presence there, though he seems slightly more accepting now that we’re cleaning out the place. He still only responds with “Get Out”, so that’s his name now. How do you like that you dumb ghost? I got Lydia to help me with replacing the windows too, and they were pretty good for a first try. I’m going to use my magical pigments to turn them into stained glass. I’m thinking depictions of the various levels of the library, I think that would be cool. Lydia often works with me, or sits while reading and bouncing ideas off of me. It’s nice, but it was torture.

That was a significant part of my month, but I also tried to weasel in some more work with Force Grey, hoping to further Vajra’s impression of me. Meloon Wardragon was working, sent me to check with the guru who lives at the top of Mount Waterdeep for some sort of security check. I got Sig to give me a lift up (Yay to not having to hike!), and found him in meditation. I really didn’t want to interrupt, and I had the Ioun Stone of Sustenance we found on the Xanathar sorcerer, so I just…. sat down with him. Not really sure what I was thinking, but I came to some nice realizations while I meditated.

For a day and a half straight. Eventually he ended his own meditation and we talked, he treated me to some satisfying stew, and I left to report back to Meloon. Then I got back to the library to a very angry Lydia. I probably should have announced where I was going. Oops. It felt…. nice, though, to know she was worried about me. Or thinking about me at all.

Which brings me to what is easily the most important event of the month, in which I managed to be a complete bumbling idiot but somehow turn out alright. I was working with Lydia in the workshop on her nimblewright, just putting some tweaks on the arcane code and whatnot. Lydia went to do her usual turn-it-on-and-then-off test, but this time it worked for real. Lydia had just made a nimblewright! Basically a living being! I got so excited, both for her and because I just made a living thing kind of that I… kissed her on the cheek. And then promptly ran away after realizing what I’d done to hide in the bathroom like some kind of child. Gods, it was so embarrassing…. She found me there, too! We talked a lot, and apparently I am blessed alongside my curse because she doesn’t hate me! The opposite! I got to kiss her! I initiated my first kiss!! I’m… I get red just thinking about it. still.

It was a really, really good month.