“It’s wonderful to hear scientists and engineers talk about colonising space and reigning-in the stars. Like the saints and the martyrs, they believe in a world outside of and beyond the politician’s 4-year term. The underlying presumption that we’ll make it out of this century alive is founded upon blind hope, and in that hope is a beautiful vision of humanity.” 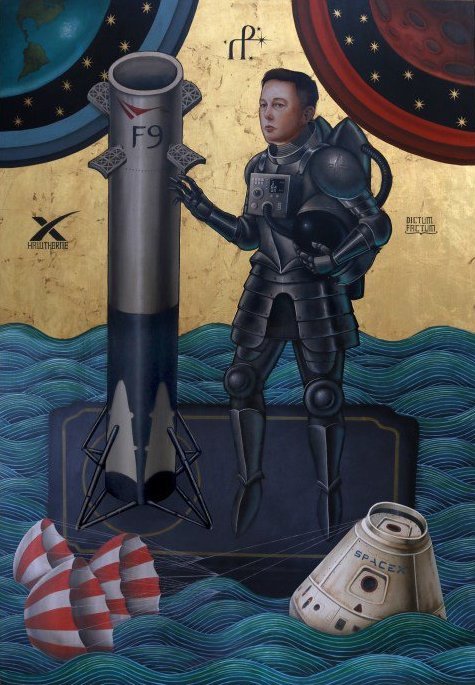 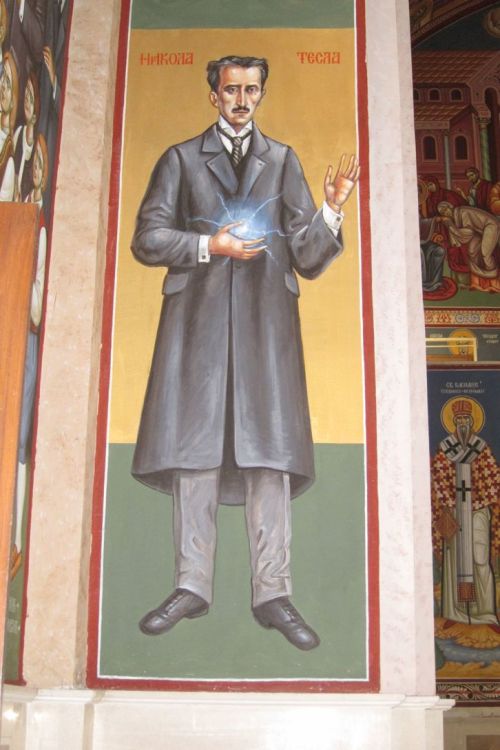 I lift mine eyes, and all the windows blaze,
With forms of saints and holy men who died;
Here martyred and hereafter glorified

The Gospel reading and a reflection:

The disciples were on the road, going up to Jerusalem, and Jesus was walking ahead of them; they were amazed, and those who followed were afraid. He took the twelve aside again and began to tell them what was to happen to him, saying, “See, we are going up to Jerusalem, and the Son of Man will be handed over to the chief priests and the scribes, and they will condemn him to death; then they will hand him over to the Gentiles; they will mock him, and spit upon him, and flog him, and kill him; and after three days he will rise again.” James and John, the sons of Zebedee, came forward to him and said to him, “Teacher, we want you to do for us whatever we ask of you.” And he said to them, “What is it you want me to do for you?” And they said to him, “Grant us to sit, one at your right hand and one at your left, in your glory.” But Jesus said to them, “You do not know what you are asking. Are you able to drink the cup that I drink, or be baptized with the baptism that I am baptized with?” They replied, “We are able.” Then Jesus said to them, “The cup that I drink you will drink; and with the baptism with which I am baptized, you will be baptized; but to sit at my right hand or at my left is not mine to grant, but it is for those for whom it has been prepared.” When the ten heard this, they began to be angry with James and John. So Jesus called them and said to them, “You know that among the Gentiles those whom they recognize as their rulers lord it over them, and their great ones are tyrants over them. But it is not so among you; but whoever wishes to become great among you must be your servant, and whoever wishes to be first among you must be slave of all. For the Son of Man came not to be served but to serve, and to give his life a ransom for many.”

Earlier (in 9:33-34) the disciples were continuing a longstanding argument about which of them is the greatest. How many times has Jesus taught them that their spiritual weakness is founded in their desire to be great and to have authority over others? How deadly the hear because they’re at it again! The same is true for us! How deadly we hear, how blindly we see! Jesus is telling them plainly that he will soon be arrested and murdered, but their desire for power, for Jesus’ power to be their own possession, makes them deaf. Delusions of grandeur make it impossible for them to see the reality of the danger facing Jesus and themselves. Now two members of the inner circle, brothers, ask a favor of Jesus: they seek positions of special dignity at the messianic banquet in heaven at the end of time (v. 37). Jesus answers: you do not know the implications of what you ask. In the Old Testament, one’s “cup” (v. 38) is assigned by God. Jesus is speaking of his suffering and death. Can the brothers share in that? James and John confidently answer yes (v. 39) and accept all the consequences because they still have visions of power. To be baptised with Jesus’ baptism is to share fully in what a Jesus is soon to experience, and in decades to come they do indeed face deadly persecution and murder for taking up the Gospel of Jesus in truth. Of the disciples, only Peter, James and John (the inner circle) were present in the Garden of Gethsemane and at the Transfiguration. They should have known better than to make such a request.

Jesus then tells all the disciples: pagan authority depends on power and force (v. 42) but for disciples, it is different (v. 43): to be “great” now and in the kingdom (“become”, v. 43 and “be”, v. 44) one must serve others; to be “first”, one must serve even more humbly, as a “slave”. Exercise of power impresses people, but Jesus is the exception to the rule who shows how vain and empty are such pursuits. Jesus, the “Son of Man” (v. 45), in his voluntary humility, his choosing to be servant of all, is the example: he gave even his life for the freedom of others, gaining their release from punishment and death for their sins. The Greek word for ransom conveys the idea of deliverance by purchase on behalf of a captive, slave or criminal. That’s all of us. Every single one of us. No one except Jesus can claim the pretense of not being someone in need of being ransomed from judgement and in need of salvation from our just punishment. This life of choosing humility, meekness, peace making, poverty of spirit…is the call for every Christian, too, no matter how big or small in scope of our pursuit of being truly disciples of Jesus.

Almighty God, you alone can bring into order the unruly wills and affections of sinners: Grant your people grace to love what you command and desire what you promise; that, among the swift and varied changes of the world, our hearts may surely there be fixed where true joys are to be found; through Jesus Christ our Lord, who lives and reigns with you and the Holy Spirit, one God, now and for ever. Amen.

“An atheist can’t be a martyr because they don’t believe in anything.”

If that’s true, then nobody infected with religion can be a martyr because they will believe anything.

THE EXECUTION OF THE ROMANOVS 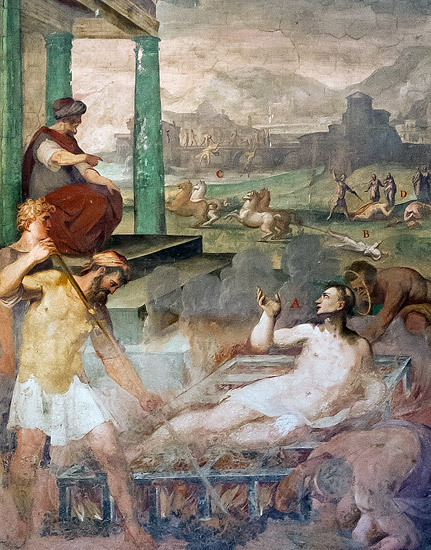 A silver reliquary containing the remains of Saints Eulogius and Leocritia of Cordoba, in Camara Santa, Oviedo Cathedral. 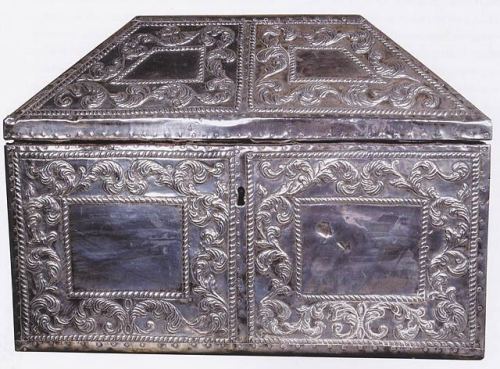 The heavy metal side of Catholicism.  Too much metal for one hand!

The Forty Martyrs of Sebaste or the Holy Forty were a group of Roman soldiers in the Legio XII Fulminata whose martyrdom in 320 for the Christian faith is recounted in traditional martyrologies.They were killed near the city of Sebaste, in Lesser Armenia (present-day Sivas in Turkey), victims of the persecutions of Licinius, who after 316, persecuted the Christians of the East. The earliest account of their existence and martyrdom is given by Bishop Basil of Caesarea (370–379) in a homily he delivered on their feast day.
The Feast of the Forty Martyrs is thus older than Basil himself, who eulogised them only fifty or sixty years after their deaths. 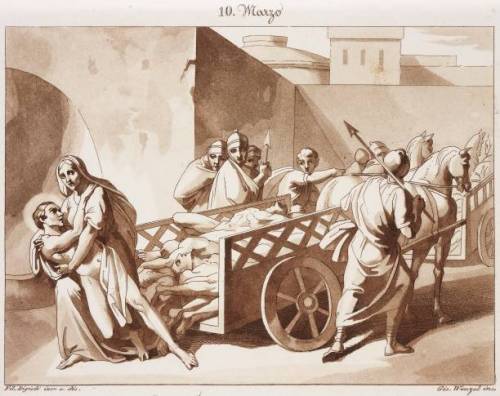 Today I thought I’d share some of the most fucked up films I’ve ever seen. I am a fairly desensitized person and these are the few that really stuck with me and made my stomach turn (in no particular order). Keep in mind, these are NOT for the faint of heart at all. If you decide to give any of these a watch, you’ve been warned:

7. Mermaid In A Manhole by Hideshi Hino

9. A Serbian Film by Srđan Spasojević

The Centennial of Christianity in Palau
Palau, 1991 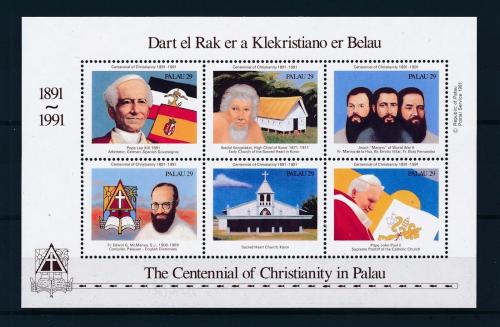 Today the Church remembers Perpetua and her companions, martyred together in Carthage in the year 203 A.D.

Vibia Perpetua was a married noblewoman, said to have been 22 years old at the time of her death, and mother of an infant she was nursing. Felicitas, a slave imprisoned with her and pregnant at the time, was martyred with her. They were put to death along with others at Carthage in the Roman province of Africa.

According to surviving letters that she and an eyewitness wrote, a slave named Revocatus, his fellow slave Felicitas, the two free men Saturninus and Secundulus, and Perpetua, who were catechumens, that is, Christians being instructed in the faith but not yet baptized, were arrested and executed at the military games in celebration of the Emperor Septimus Severus’s birthday. To this group was added a man named Saturus, who voluntarily went before the magistrate and proclaimed himself a Christian.

Perpetua’s execution, who was an aristocratic Roman citizen, alongside slaves demonstrated Christianity’s ability to transcend social distinctions, in contrast to the inequality that pervaded Roman religion and society. As Perpetua and Felicitas were equal in martyrdom despite differences in class, they made the dramatic statement that Christianity transcended all social norms and structure. In Christ, through one Faith, one baptism, and equally sharing the Sacrament of his Body and Blood, all are made one.

May the Church live up to the courage of Perpetua and her companions, not just in facing death together, but in living as equals in life when everyone and everything told them that they were not equals.

O God the King of saints, you strengthened your servants Perpetua and Felicitas and their companions to make a good confession, staunchly resisting, for the cause of Christ, the claims of human affection, and encouraging one another in their time of trial: Grant that we who cherish their blessed memory may share their pure and steadfast faith, and win with them the palm of victory; through Jesus Christ our Lord, who lives and reigns with you and the Holy Spirit, one God, for ever and ever.

The martyrdom of Ss. Perpetua and Felicitas.
Unknown artist 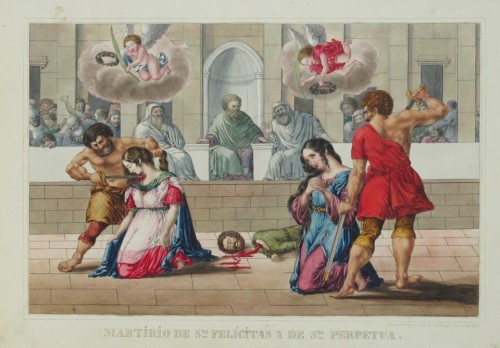 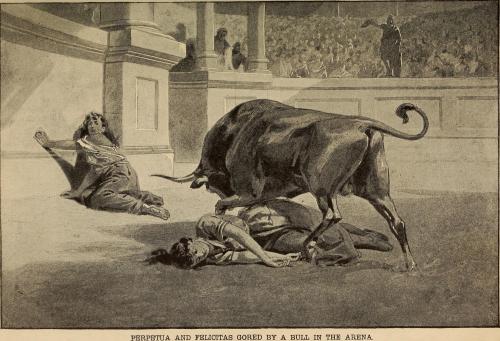 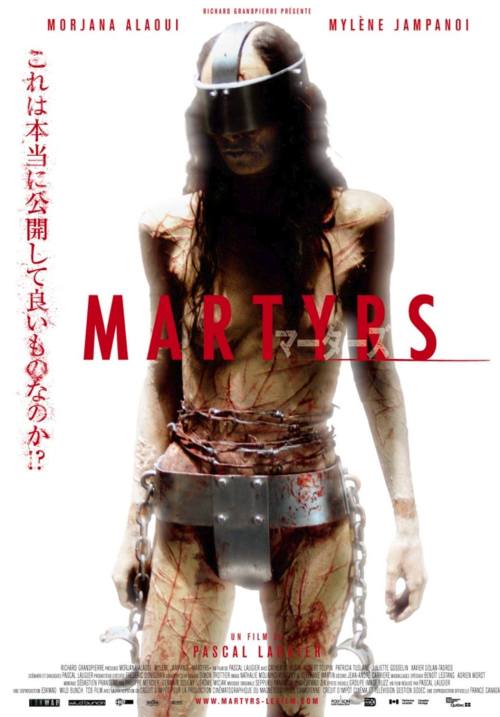 Martyrdom of St. Lucius I,
Pope and Martyr 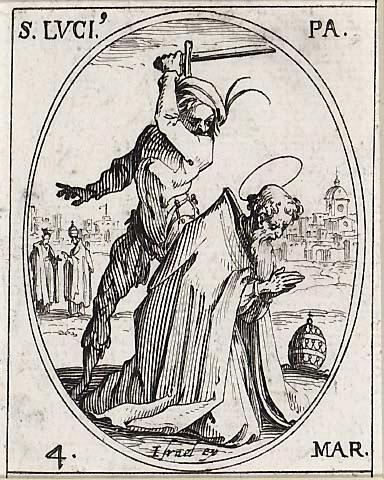 Again a pretty underrated movie in my opinion

1. We have two ladies that really care for eachother I love them

2. One is a bit messed up while the other is lowkey badass and she babey

3. Woah this movie feels longer than it is and I love it

5. THE ENDING?!? CAN SOMEONE TALK WITH ME ABOUT IT

Maybe not for people that are quickly sick to their stomach