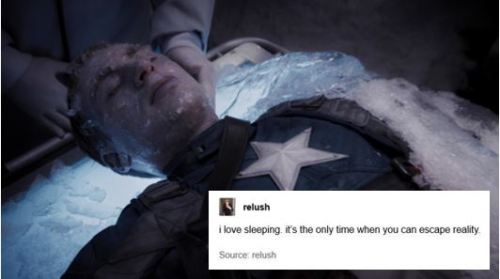 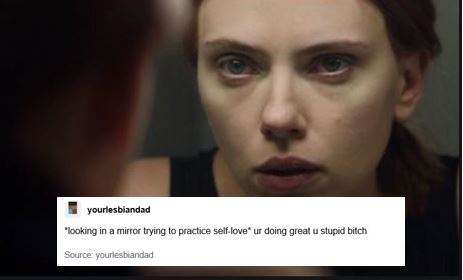 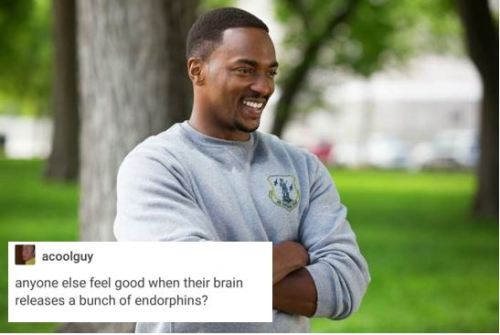 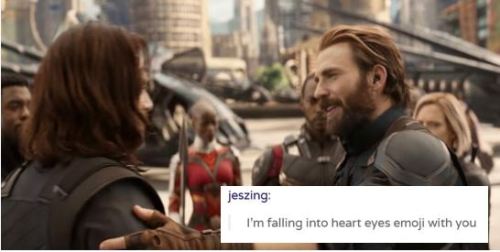 Summary: You get hurt during a mission, making Steve question everything. Set in between Civil War and Infinity War.

Requests are open! Feedback is appreciated as well!

Ever since the Avengers split, Steve has been different. He doesn’t speak much unless it’s orders, he takes his meals alone, and sometimes you catch him with his head buried in his hands. He’s defeated, crumbling inside, and you feel horrible every time you see his dull eyes.

Hell, everyone is different. Physically and emotionally. Natasha dyed her hair and chopped it off. Steve is growing a beard. Sam doesn’t crack jokes anymore. Wanda is moody, occasionally lashing out or won’t get out of bed, even if Vision tries to tempt her out.

You try to be supportive to everyone, but you have your limits too. You’ve been underground plenty of times in your KGB career and even in SHIELD/HYDRA, yet this one is damn personal. It gets you on edge after a long time of being hidden away from normalcy. You missed the Avengers, being a team. You missed Tony, Rhodes, everyone.

There have been plenty of times when you snapped, mostly at Steve or Natasha. You never mean it, not really. Just a sharp insult or talkback. They don’t take it personally, they know you’re on edge 24/7. You see the hurt in their eyes, though.

Unlike Natasha, who hides it well, memories from the Red Room hit you hard. Steve finds you in trances, facing the wall, and he has to shake your shoulders to get you to snap out of it. Being underground makes them worse. You have more time to think and more time to yourself, making you able to be overwhelmed with memories.

It makes you fight harder with each mission. You were always determined, but now, you were resilient which occasionally made you reckless. You were injured often, but this is all you have now, so you didn’t care. Which made you even more reckless.

For instance, some mercenary tried to copy the Falcon tech, and succeeded. Obviously the team went after him, and Steve watched in horror as you leapt off of a building and tackled the mercenary out of the sky. In your defense, the building wasn’t even that tall. Steve still wasn’t having it.

He knew you could handle yourself. In his eyes, you were extraordinary and caring to every team member. But he still cared about your safety and well-being. Every time he catches you in one of your trances, he panics, thinking you’ll never escape.

He often wonders what goes through your head. Natasha only told him some moments that happened in the Red Room, and it chilled him to the core. The files he read in SHIELD made him sick to his stomach. The Y/N he knew today couldn’t have been a stone cold assassin, yet she was. The photographs from different files show how ruthless she was, same with Natasha.

He knows it isn’t you anymore. He trusts you with his whole being, knowing that you would save his life in an instant, and vise versa. He feels sympathetic for you, however, being forced to be someone you weren’t back then. You assure him you’re fine, just get a bit shaken up sometimes. He wishes he could do more.

Now, more than ever, he wishes he could do more. He’s bursting into one of the motel rooms, with you in his arms, bleeding out. You were being reckless again, ending up with you being shot in the shoulder. Natasha clears one of the beds and he lays you down.

Natasha unzips your suit, ripping away your tank top underneath from your shoulder, exposing the bullet wound. “Thankfully the bullet exited,” Natasha sighs with relief while Steve opens the first aid kit.

“She’s too reckless,” he shakes his head as he pours solution onto a rag. “I…I can hear you, Rogers,” you rasp, and he presses the rag to your shoulder. You flinch, and he smiles down at you. “I know, L/N,” he says, equally snarky. “Natasha, do you want me to stitch?” She nods and begins to prepare a gauze bandage.

Natasha rolls her eyes, smirking, at your attempt at humor. “If you want to call getting shot and almost dying badass, sure,” she says, and Y/N lets out a breath that’s shaky when Steve begins to stitch. “Careful,” you whisper, and Steve eases up, shooting a regretful look.

Your eyes shut in pain as Steve works, his large hands being extremely gentle, surprising you. You open your eyes, and his blue eyes flick to yours, concerned. “I’m done, can I get the gauze?” Asks Steve, and he places one on the entry and exit wounds, bandaging them together. “I can’t move my arm,” you mutter, annoyed.

“Good. Makes you less reckless,” Natasha says, standing up. “I’m getting dinner, AKA vending machine snacks. Anyone want anything?”

“No…feel gross,” you whisper, and Steve shakes his head. “Thanks,” he says, and she nods and leaves the musty room, the door clanging shut behind her.

“‘M sorry,” you turn your head toward Steve, eyes lidded. “You’re right…I’m being too crazy out there.” He absentmindedly takes your hand, and you wrap your smaller fingers around his bigger ones, squeezing slightly. “I know how you feel,” Steve assures you. “This is all we have now.”

When you open your eyes wider, Steve sees tears welling up. “You’re right,” your voice quivers, “and it…it’s tearing me apart. I miss us together.”

“I want us back more than anything,” Steve says, and he’s playing with your hand, thumb running over your knuckles. “But…you know why we can’t.”

“I wish what happened…didn’t happen,” you say, and a tear slides down your cheek. “I miss my bed,” you admit, and Steve cracks a smile.

“I miss good coffee,” Steve adds, and you nod, and soon you’re both laughing amongst yourselves, sharing what you both missed. The big kitchen. Fresh groceries. Walking in public without being on edge and looking over your shoulder. The gym. Training. Doing laundry.

“Bucky,” Steve whispers it, as if his name is taboo. You stare at him sympathetically. “He will be okay, trust me,” you assure him. “HYDRA is tricky, but with T’Challa and Shuri’s help, they can get it out of his head.”

“I wonder if he’s awake during cyrosleep,” Steve admits thoughtfully, and you shake your head. “He can’t be. It’s like you’re dead asleep,” you explain. He has a curious look. “HYDRA was a part of the KGB,” you remind him, and he nods. “We studied cryosleep in…” you trail off, unable to continue. Steve doesn’t push.

But he says, “You can talk about it if you want. I know I can never understand, but maybe I can help. As a friend.”

Your lips twitch into a small smirk. “If I did, you’d run,” you whisper. “I hated my life and the things I did for them. If I told you, you’d hate me too.”

Steve grabs your hand in his other one, bringing it to his lips. He kisses your knuckles softly, his beard scratching them a little bit. “I could never hate you. You save my life countless times. And I know you, Y/N. I know who you are. The woman you were, the things you did…it wasn’t you.”

You don’t say anything but absorb what he just said. He’s too good, too pure, and when his fingers reach your face, he wipes away your tears. He’s leaning in, and you meet him halfway, lips meeting his. They’re soft, gentle, enveloping you in warmth and security. He’s careful with each movement, each kiss, with his hands, where they went.

When he pulls away, you look up at him through your lashes. “I’m sorry,” you whisper. “For tonight.”

He shakes his head. “I just can’t lose you,” he says softly, and his lips come back for more and you gratefully take it all in. How he smells like sweat but there’s a scent of honey and aftershave. Mint on his breath, his lips pink and kissing you like he will never kiss you again.

Because in this life, you never know if there will be another. 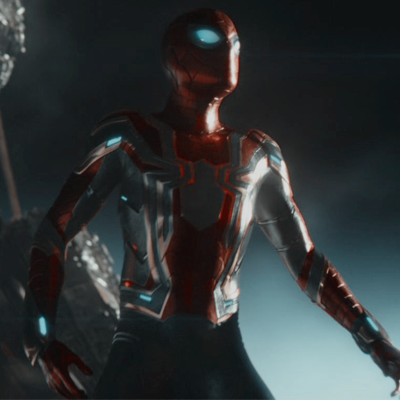 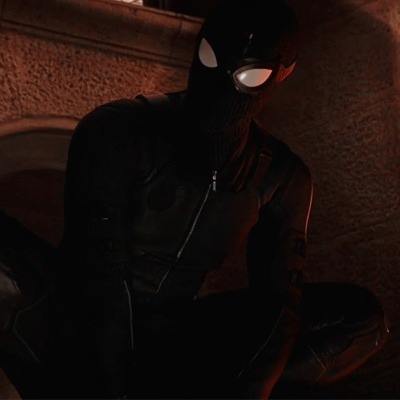 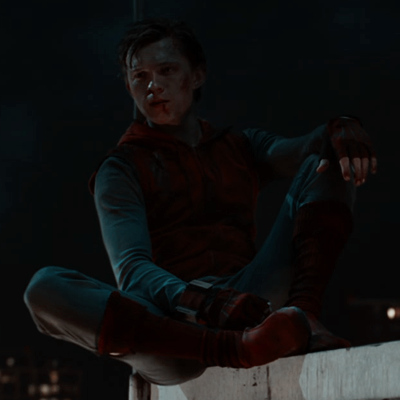 I was thinking of making one, for our lovelies lonely in quarantine, or just people who wanna make new friends ( like me ) !!
We can talk about anything : anime, cartoons, art, movies, games, animals, fandoms, whatever !!
would y’all be interested ?

How did I not notice sooner??? This outrageous act of affection???? 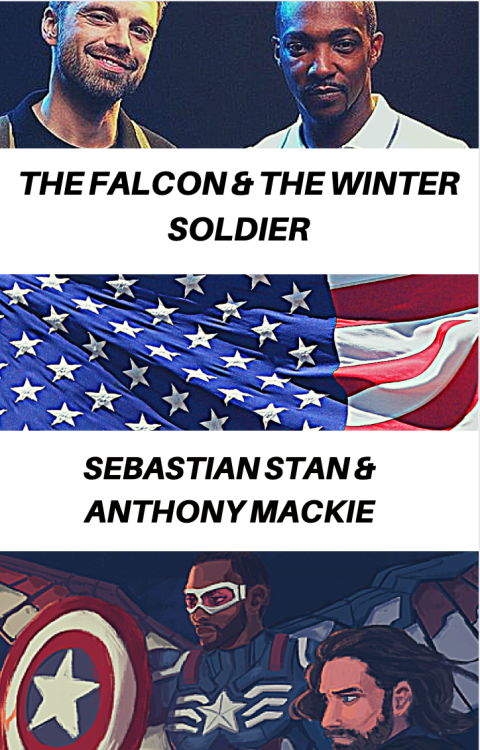 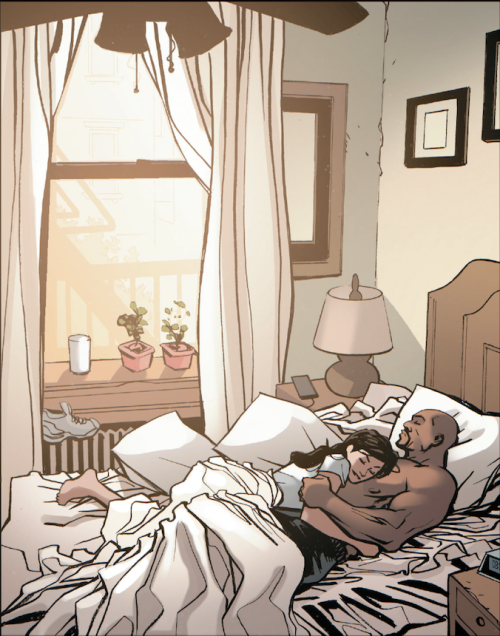 When your gaming experience has been corrupted from captain american.

#captain america, #marvel, #animal crossing
3 notes · See All
welcome-to-latveriaAnswer
Tbh I was scrolling the Jean Grey tag earlier & saw a post w a bunch of Marvel couples and seeing them all together at once it was like "son of a bitch...."

Watching earth’s mightiest heroes for the first time. Very fun. Lots of comic references and cameos. Nice to see what happens when a corporation doesn’t own everything and fans can do what they want

*throws portal at you, making you fall on your own bed*
STAY HOME and avoid such consumption of alcohol, it could be harmful.

Nooou, don’t be sad about it, the nervous system is basically everywhere in our body, there’s no running away from it.

#doctor strange, #marvel, #nervous system, #mcu, #stephen strange
1 notes · See All
greengayAnswer
Tony has his little boyfriends who he spoils and they're all afraid of pepper no one can take this away from me it's the hill I will dIE on 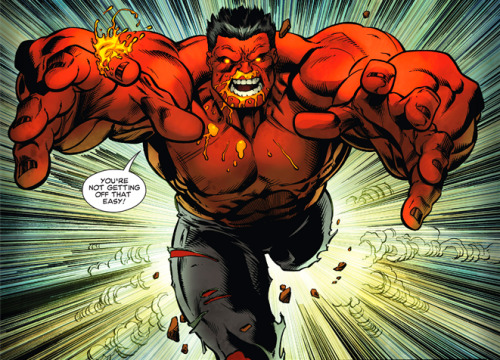 *irresolutely returns the strange mortals hug, patting her shoulder before he pulls away* Enjoy your evening.

‘do you even remember them?’ 'I remember falcon’

Some fanart in traditional 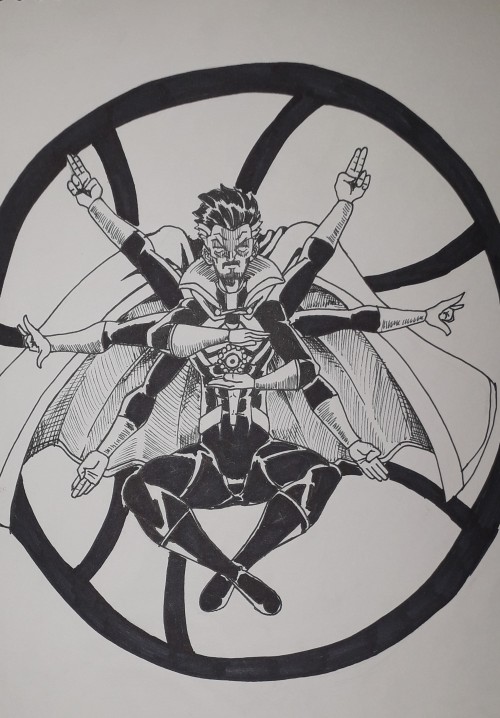 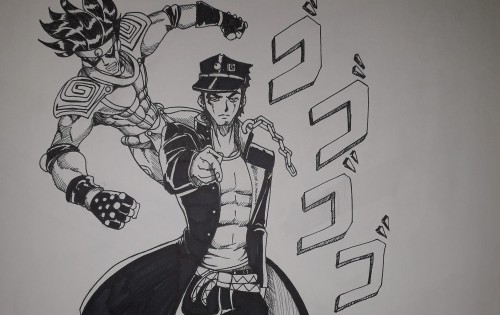 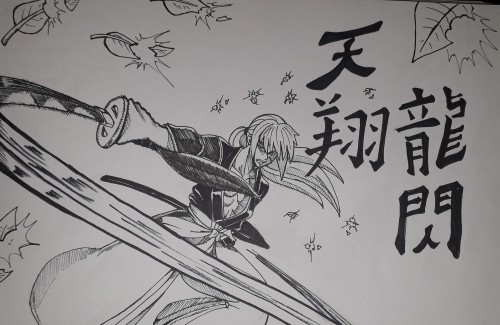 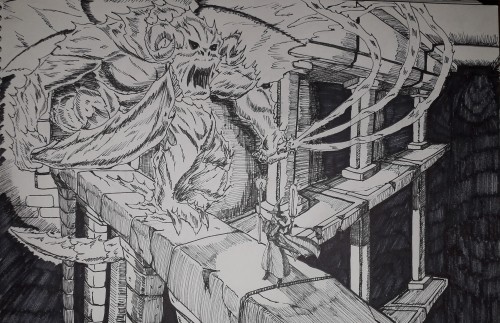