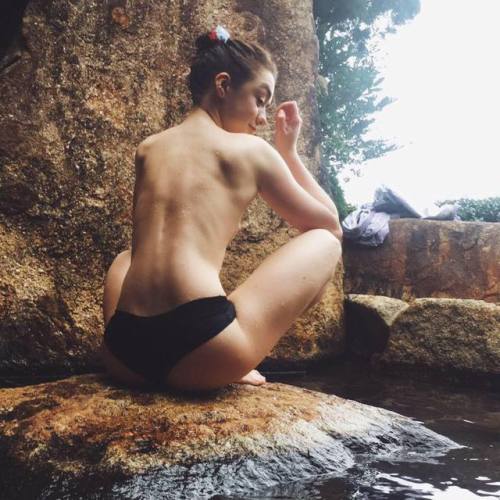 This isn’t a hospital. It’s a haunted house! 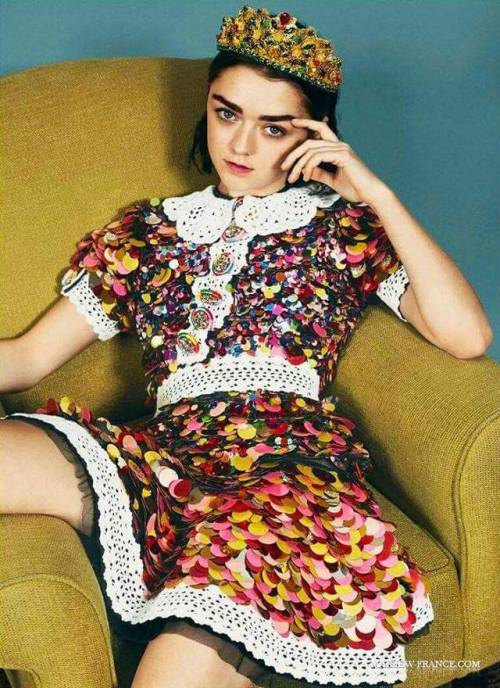 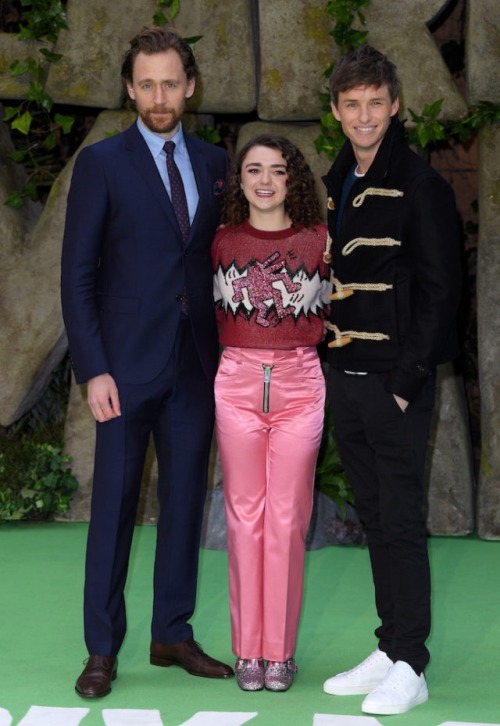 A girl has no name.

LINES OF THE DAY 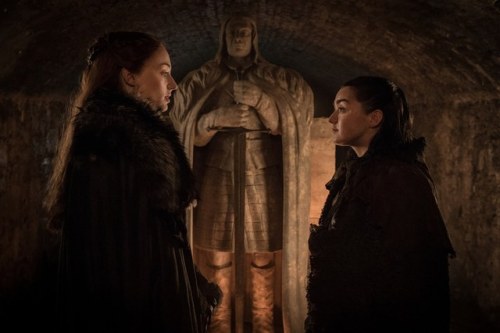 #Game of Thrones, #massie williams, #emilia clarke, #Lena Headey, #sophie turner
7 notes · See All
basickassandraAnswer
Howdyhi! If your still taking requests can I request something??? What about werewolves in game of thrones ? I was wondering if you could write something with Arya and the hound meeting a woman who is traveling by herself and gives them some food, she starts traveling with them but one night she disappears and one night the hound and Arya run into Lannister soldiers and she comes running and transforms and rips the bandits apart ? (This is more Arya/mom figure) Caio love! I love your writing!!

A/N: GIF NOT MINE ! BUT ITS SO CUTE ❤️ & It fits well with when the imagine takes place, I hope you enjoy this! Sorry its super late & thank you for your kind words ❤️ it means the world for me to hear that!

Your name: submit What is this?

Arya stalked behind the bush looking at the lone woman sitting around a fire warming up a couple of fishes, from the corner of Arya’s eye she saw the glint of metal and grabbed the Hounds sword looking at him with crazed eyes. “Are you mad?” She whispered holding the sword lowering it returning her gaze to where the woman was seated only something was in her way, a black cloak “Child are you hungry?” The feminine voice said as Arya looked up the cloak to see the lone woman’s face who stood with her arms at her side nothing even bothering to see rabid or wild, fact was she was more annoyed than angry.

“(Y/N).” The woman said holding her hand out to Arya carefully looking at the shine in the little girl’s eyes “Do you not speak? Is your companion mute sir? She didn’t sound mute ten seconds again when she told you to shut up.” The woman said now with a hand on her hip “I’m Arya, I’m not a mute.” Arya finally said looking over at the woman with soft facial features but the gleam in her eyes read determination, something Arya had never seen from the woman around her life.

“Come, eat, you two must be starving.” (Y/N) said as she walked back to the campfire as the two strangers had followed her. Arya sat next to her trying to decide and understand what she gained from helping them “Child, eat. If you stare any harder the answers will not magically appear on my face.” (Y/N) said causing Arya to look down at her food and began to eat the well cooked fish, after everyone had finished their meals (Y/N) had reassured the hound that no harm would come to Arya, he grunted a response before falling asleep.

“Why do you travel with a man who was no relation to you?” (Y/N) asked as she watched Arya’s face show a quick sign of pain before returning to its regular board state. “Why do you travel alone?” Arya snapped back but instead of a rough response the woman looked at her softly smiling “Because the land has become a cruel place, traveling alone lessens the idea of pain and loss.” (Y/N) spoke softly looking into the fire as she answered the question “My father was killed, then my mother and brother, I don’t know where my other brother and sister are. So we’re looking for them only he wants some kind of reward and I just want my family.” Arya said softly feeling a tear slowly slide now her face.

She then flinched as she was wrapped in warm arms “My dear child, you’ve lost everyone.You shall remain strong because, only the strong shall survive, but never forget that you are a child before you are a fighter. Fear those you trust because they will easily try to manipulate you.” (Y/N) whispered softly as she stoked Arya’s hair until she had fallen asleep. The sun had risen and fallen for a few days as (Y/N) had joined Arya and the Hound in their attempts to survive and return Arya to her aunt, only tonight was different there was no sight of (Y/N) around the fire, she was gone, vanished into thin air and Arya couldn’t help but feel a strain in her heart as she realized another woman in her life had disappeared causing her to feel a great sense of sadness and anger.

Shortly after her and the Hound had heard rustling in the bushes causing them to draw their weapons as they saw a couple of guards with the Lannister crest on the armor steps out with weapons, Arya and the hound were outnumbered 5:2 causing fear to course through her body as she stood armed with needle in her hands as she tightened her grip on the sword, but what she didn’t realize was there was a soldier behind her creeping to her “ARYA!” (Y/N) yelled as she ran as fast as she could forcing her transformation.

She felt the rush of her bones breaking and forming her hind legs and the thrill continued as her bones continued to break until she had the Lannister guard in between her teeth, violently shaking him as she chomped into his flesh allowing his blood to fill her mouth with the sweet taste of murder. She roughly tossed his limp body to the side growling at the other 5 soldiers in front of her, she stalked around Arya and the hound before pouncing on two of the soldier slashing one’s throat cleanly open while the other was stuck in between her teeth as she bit down tossing him off the cliff of the mountain and as she was ready to take the other soldiers she noticed that Arya and the hound had taken them easily.

They stood in pure shook as they watched (Y/N) transform before them wrapping herself in her cloak “That my child is why I travel alone.” She said winking at Arya as she saw the smirk appear on her face “That’s incredible. You’re a wolf! How is that possible?” Arya asked putting needle away “White walkers, they are the sickest bastards that’s how, you don’t truly want to know the truth darling.” (Y/N) said wrapping an arm around Arya’s shoulder.

“Will you stay with us?” Arya asked quietly as she saw the Hound walk away from them looking for other guards “Arya, I marked you as my human. Where you go I shall follow, you will never be alone. Do you understand me.” (Y/N) said looking beyond the forest listening to the whistle of the trees “I understand.. mother- I mean.. (Y/N)..” Arya said and for the first time she had never regretted her words as she felt the woman stiffen next to her.

“You may call me mother, but you must promise that when I’m not around you for whatever reason, you must be strong. No fear, no scared emotions, you must be cold Arya because that is how I will raise you.” (Y/N) said hugging Arya tightly as Arya clung onto (Y/N) “But why would you leave me? Are you not marked to me?” She said quietly.

“For tactical reasons, strategies, scavenging. Arya I will not leave you, I will not abandoned you, you will never have to fear me being a weak woman, but you must be a strong girl.” (Y/N) said stroking Arya’s hair gently as she nodded before they continued walking.

“Now we must find your crazy aunt.” (Y/N) said smiling down at Arya as they caught up to the hound continuing the journey in silence.

I’m all for Arya coming home and the first thing she sees is her Direwolf Nymeria! Like I’m all for out of nowhere she’s in trouble and is saved by her Direwolf. I think it’s time for her to get Nymeria back. 🙏

Portrait of Massie Williams as Arya from game of thrones.  Happy with how this one came out! 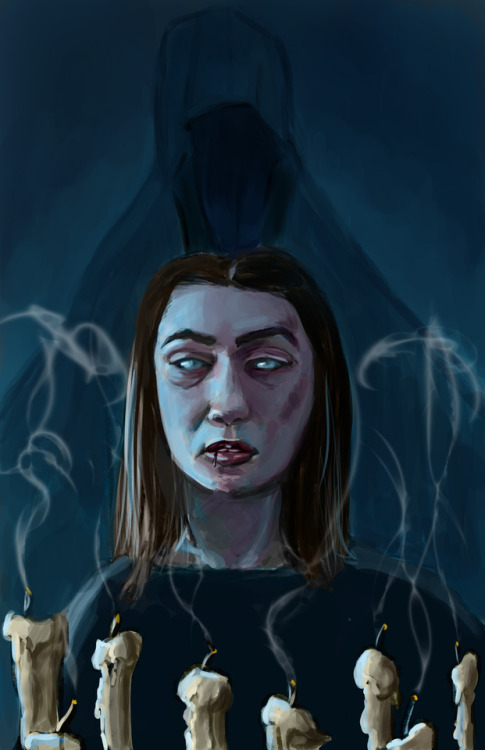 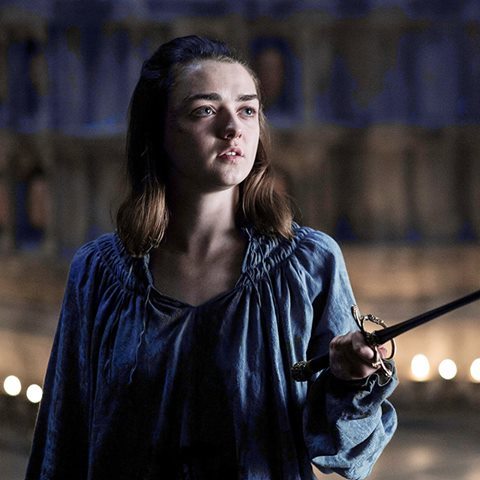 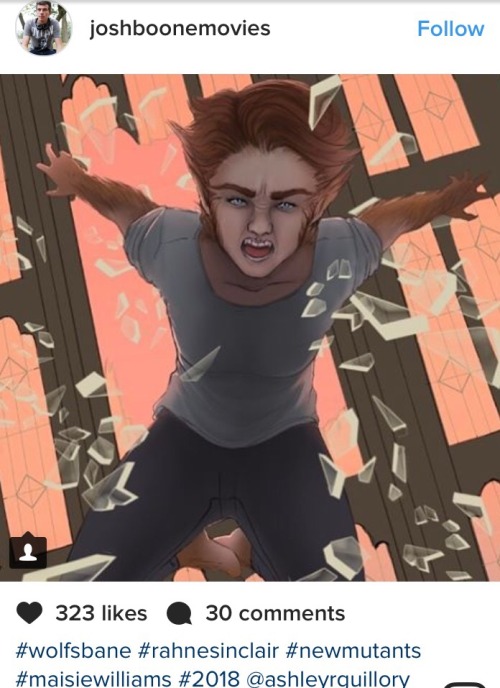 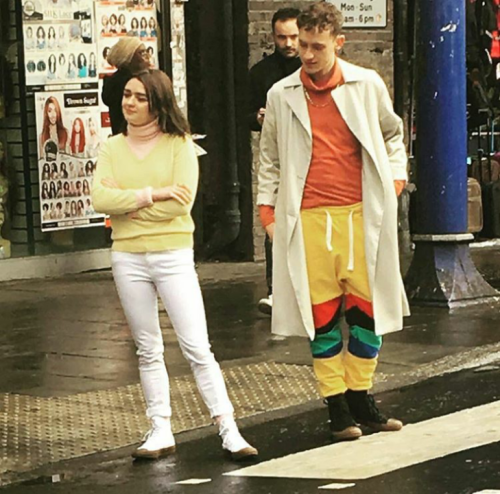 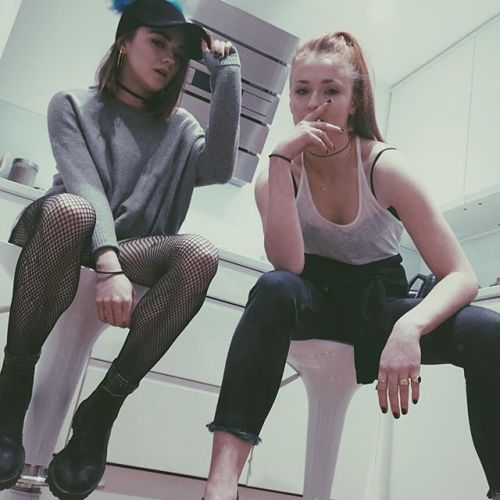 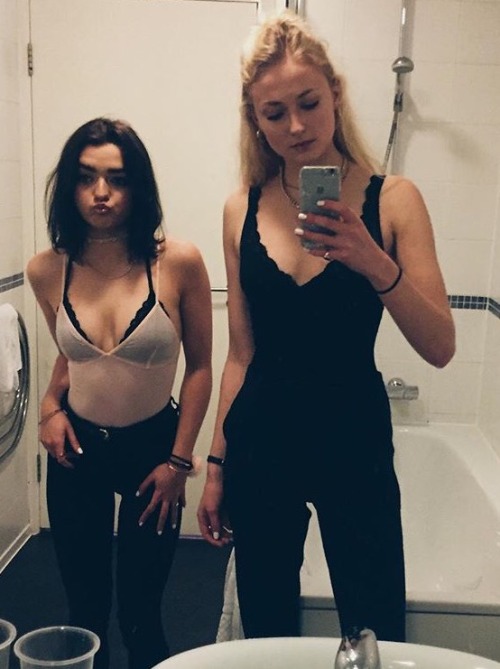 Reblog if you agree